Kevin Spacey has a message for anyone that will listen.

The disgraced Oscar winner shared a strange video to YouTube on Thursday in which he had a Christmas-themed message with fans.

The nearly two-and-a-half-minute clip is titled "1-800 XMAS" and begins with Spacey, 61, sitting on a park bench outdoors.

After stammering for a brief moment, the star then stands and grabs the camera that was filming him and begins to walk and talk, holding the camera selfie-style.

"Listen, a lot of people have reached out to me this past year and have shared their own struggles," he continued. "My ability to be there for them has really only been possible because of my own difficulties. While it's been a privilege to offer support, I have to say, frankly, it's also been beyond my abilities, and it's bigger than me because, heartbreakingly, so many have talked about things having gotten so bad for them, that they've contemplated taking their own lives."

"Difficulties" experienced by the actor include his being virtually blacklisted from Hollywood after multiple people came forward with accusations of sexual misconduct against Spacey. He's faced several legal battles over the course of the past few years.

In the fallout, the actor came out as gay and was also slammed for his verbiage in his announcement, saying in 2017, in part, "I choose now to live as a gay man."

In his video on Thursday, he said that people's struggles have prompted him "to take an entirely different approach this year."

Spacey said his goal is to "acknowledge" the "pain" of those suffering with thoughts of suicide, as well as "to say to anyone out there who's struggling or contemplating that idea: Please, please do not take that step."

He added: "If you're standing in a place that you can no longer remain standing, if you're suffering, if you need help, if you feel guilt or shame, if you're struggling with your identity, if your back's up against the wall or if you feel that there is no path for you — whatever your situation — I promise you there is a path, and that at this time, during this holiday and beyond — even if you don't feel it — there are people out there who understand and who can help because you are not alone." 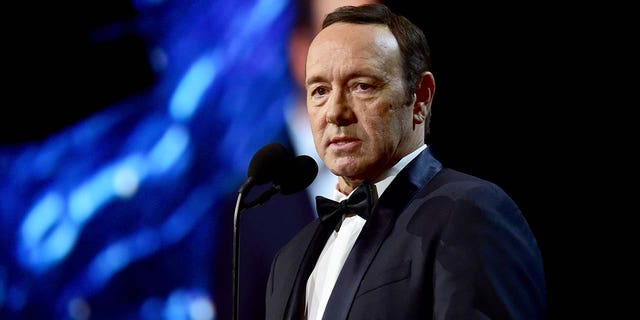 The star then wished viewers "a Merry Christmas, a great 2021 and say to all those out there who might be suffering: It gets better. It does get better. Happy holidays, everyone."

Spacey's first end-of-year message came in 2018 when, in character as Frank Underwood from Netflix's "House of Cards," he seemingly addressed the allegations against him and insisted he "wouldn't pay the price" for acts he didn't commit.

The 2019 video had a Christmas angle as well.

If you or someone you know is having thoughts of suicide, please contact the National Suicide Prevention Lifeline at 1-800-273-TALK (8255).