The talk show host, 48, could not contain her happiness as she posted a photo of her daughter, 17, in her cap and gown as she posed beside her father, Mark Consuelos, on her big day.

‘Happening now!!!!!’ Ripa gushed in the photo, posted to her Instagram stories on Thursday. 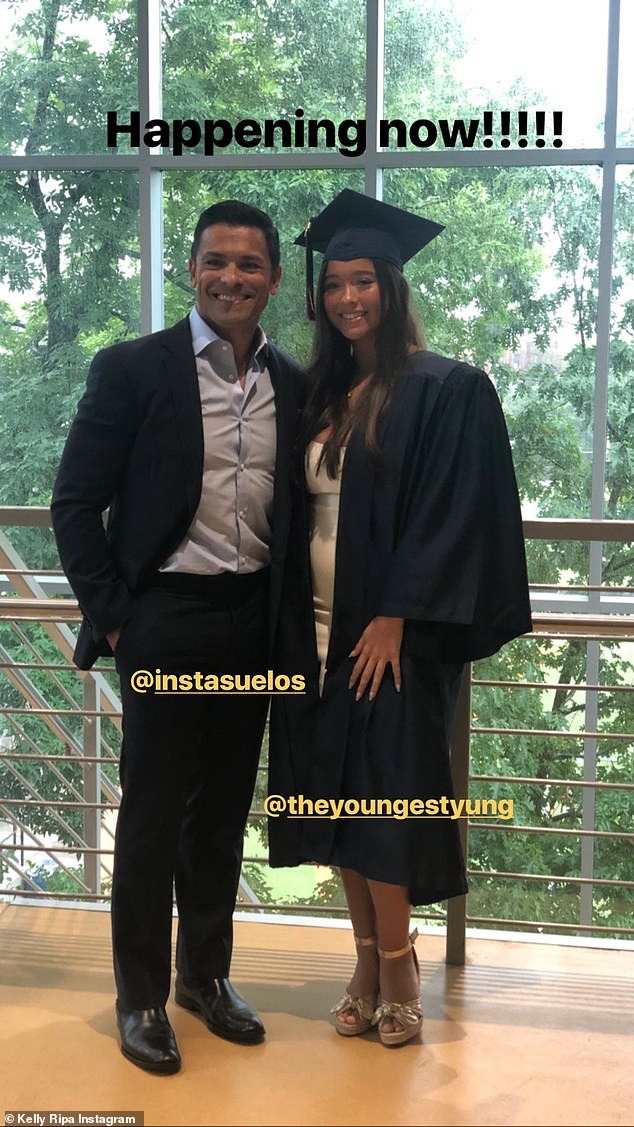 All grown up! Kelly Ripa posted a photo of her daughter Lola as she graduated from high school

Mark was all dressed up for his daughter’s big day, wearing a black blazer, trousers, and baby blue button down.

Even while clad in the gown, Lola looked stylish.

The high school graduate wore a white dress, silver heels, and wore her brunette locks down in effortless waves.

Before heading to graduation, Kelly hosted Lola’s friends for an evening for a ‘pre grad’ pizza night. 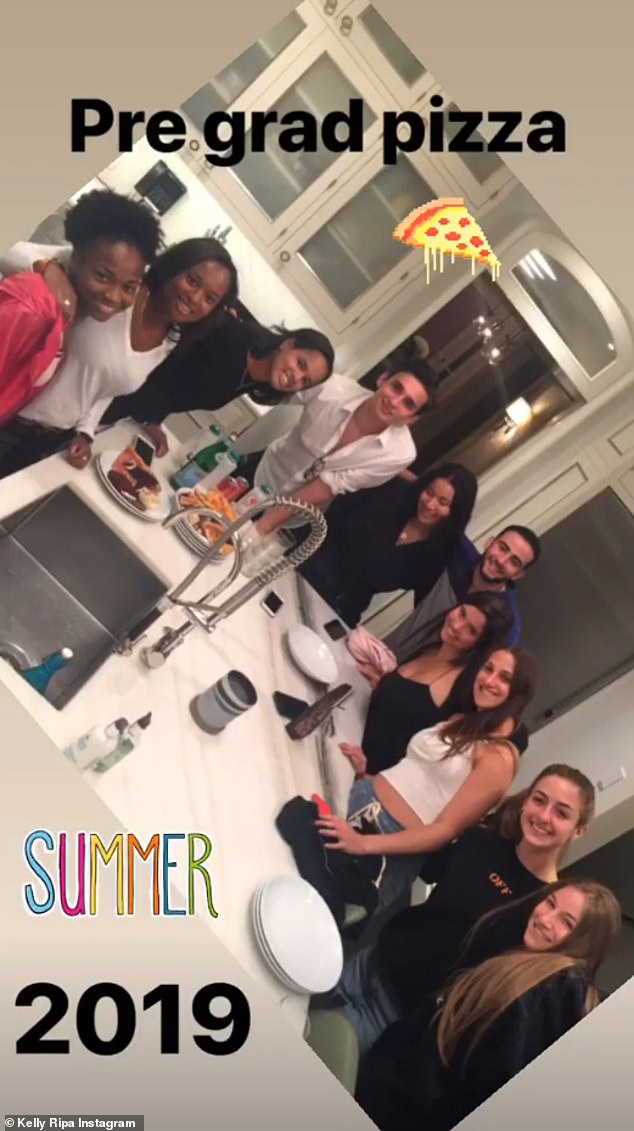 Teen spirit: Ripa posted a photo of Lola enjoying a pre-graduation pizza night with her friends 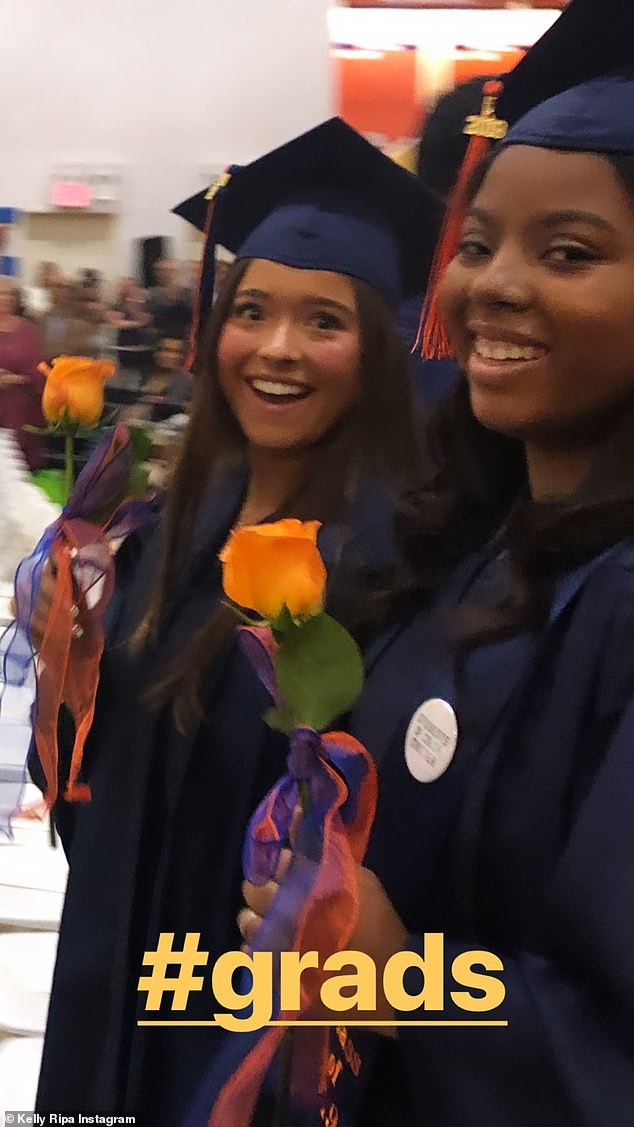 Class of 2019! Ripa shared photos of her daughter with her friends

Lola, her boyfriend Tarek Fahmy, and a group of their friends gathered around the kitchen counter as they prepared to tuck into some pie.

No word on whether or not Kelly received her daughter’s approval to post the photos.

The star has previously revealed she agreed to only post approved photos of her teenage daughter, and adhered to their understanding last week when sharing snaps of Lola’s prom. 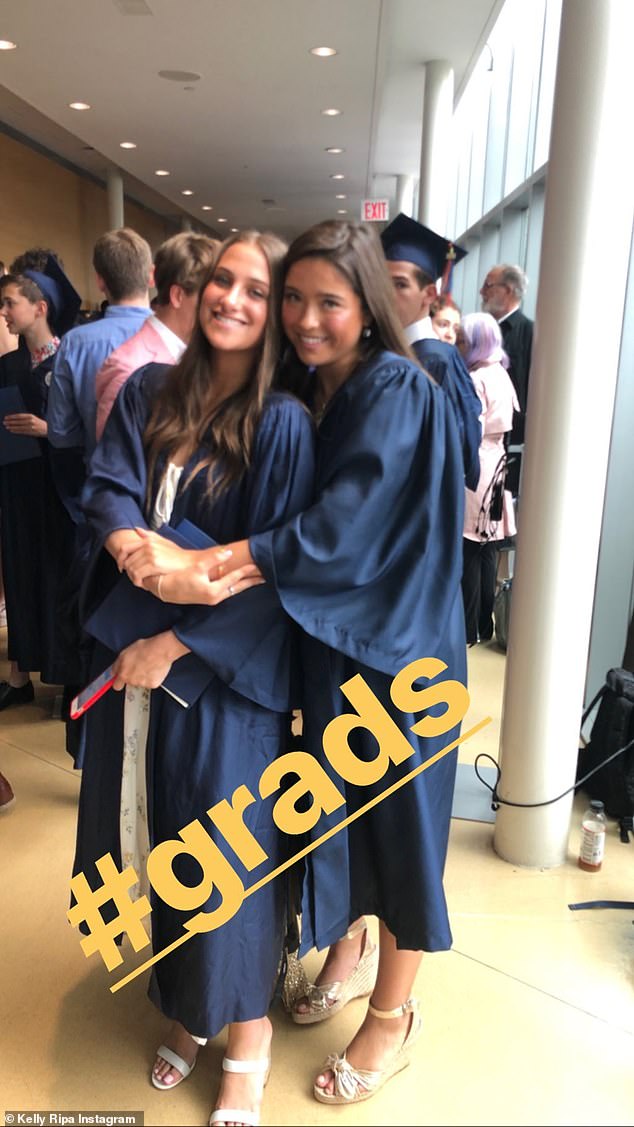 Class act! The teenager embraced one of her pals at the big event 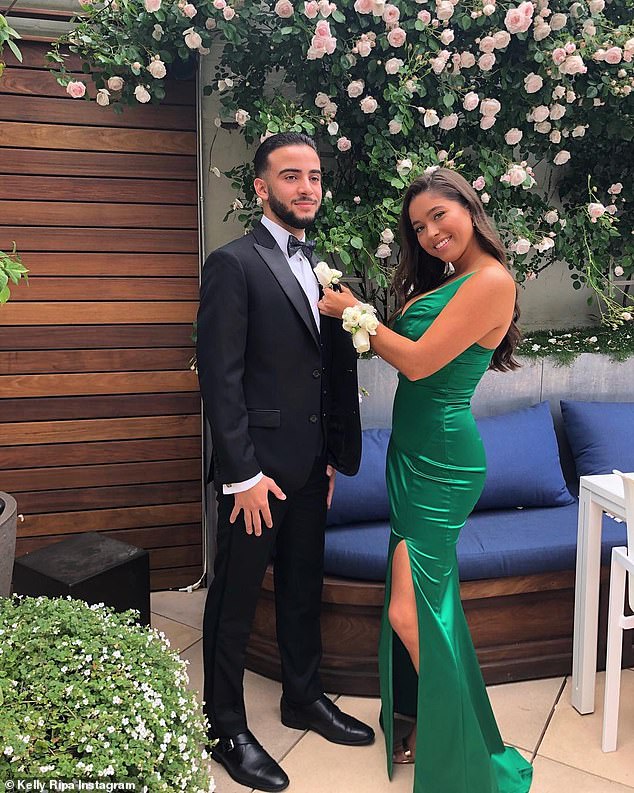 Can I have this dance? Ripa shared a photo of Lola pinning her boyfriend’s boutonniere on the day of her prom

‘It only took 20 hours, but we finally got two approved prom photos. #prom 2019,’ she captioned a photo of her daughter pinning her boyfriend’s boutonniere.

Kelly’s daughter will be heading off to New York University in the fall, the same school her big brother Michael attends.

Kelly and Michael met on the set of All My Children, fell in love, and eloped in 1996, and had three children together: Michael, 22, Lola, 17, and Joaquin Antonio, 16. 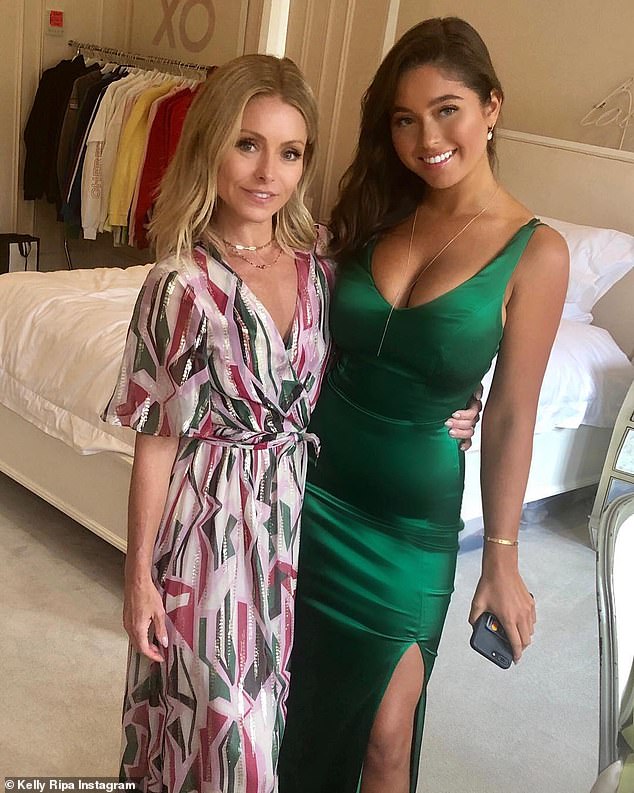 Mom and me: Ripa posed with her glammed up daughter, who looked beautiful in her green prom dress