He was mocked on social media last week for ‘assembling’ a breakfast sandwich in an awkward morning television segment on the Today show with Hoda Kotb.

But Victoria Beckham praised her son Brooklyn Beckham on Wednesday, as well as her other three children, saying they all ‘work hard’ as she appeared on Live! with Kelly and Ryan.

Host Kelly Ripa brought up the topic of Brooklyn, 22, as she asked how the family was doing and began to praise the budding chef. 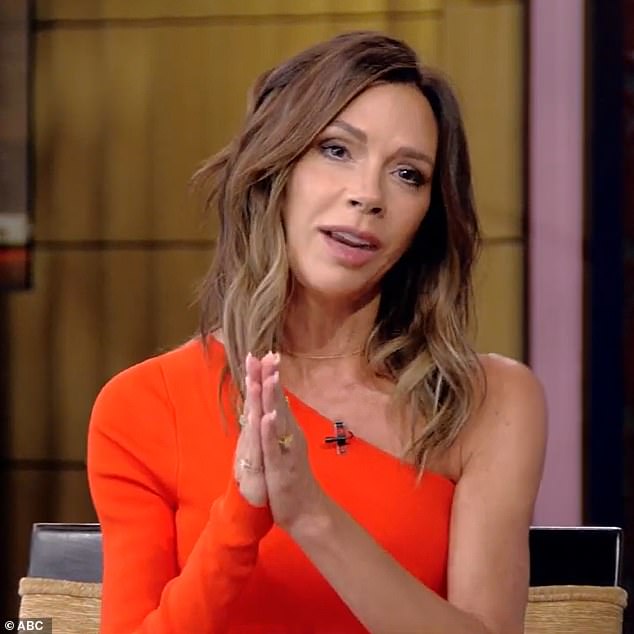 ‘Behind your back, your son Brooklyn, is so lovely, unprovoked,’ Kelly said, explaining that she had met him behind-the-scenes, and he behaved like a gentleman even when the cameras had stopped rolling.

Victoria, 47, then replied: ‘You know what, they’re all good kids, they’re happy, they work hard, you try to bring children up to be just really good, kind humans, and they’re good boys – and Harper is sweet and adorable and lovely.’ 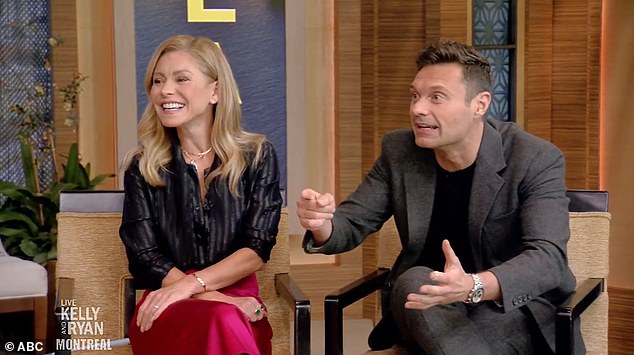 High praise: Host Kelly Ripa brought up the topic of Brooklyn, 22, as she asked how the family was doing and began to praise the budding chef 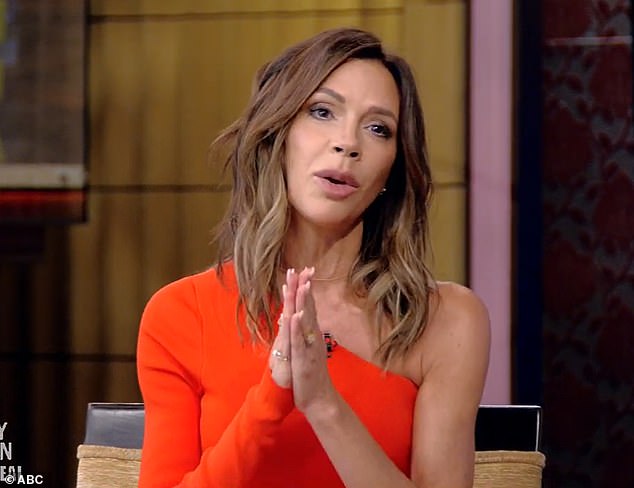 Mother-in-law-to-be: Victoria was also told by host Kelly Ripa that she would make an amazing mother-in-law because has the best fashion and marriage advice 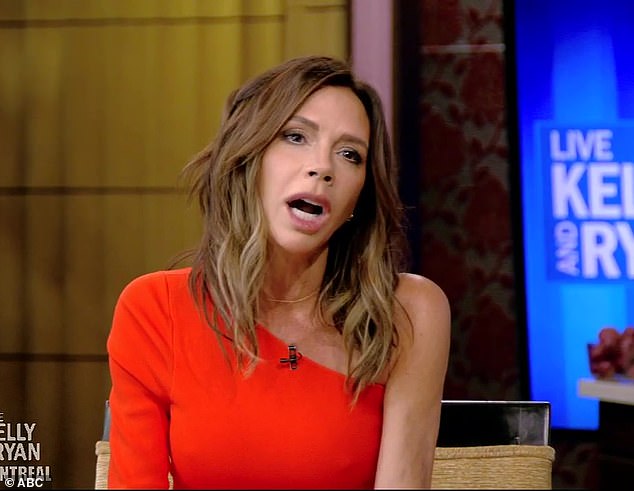 Humble: Victoria was grateful for the kind words as Kelly heaped praise on her 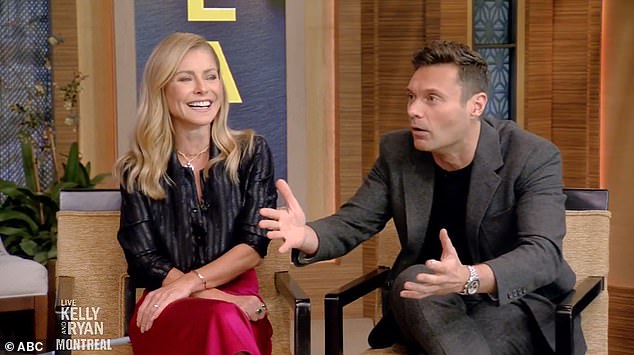 Unbelievable: Host Ryan Seacrest commented on how he couldn’t believe Victoria’s children are now all grown up 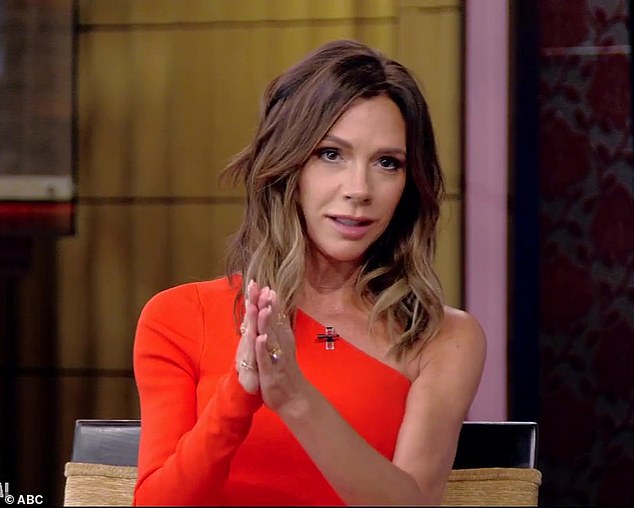 Giving thanks: Posh was appreciative of the effusive praise she received from Kelly

Kelly also heaped praised on Victoria, saying she would love to have her as a mother-in-law, as she could give the best marriage and fashion advice, referencing Brooklyn’s engagement to actress Nicola Peltz.

But Victoria replied: ‘They’ve got to figure it out for themselves. They’re both very, very happy. They’re working hard. We’re there to support them.’

The fashion designer – who was promoting her new beauty line Victoria Beckham Skincare – also gave a cheeky glimpse into her 22-year-marriage with husband David Beckham.

When Ryan Seacrest brought up that Victoria had said they are ‘competitive’ she quickly pointed out that she only meant when they are in the gym together. 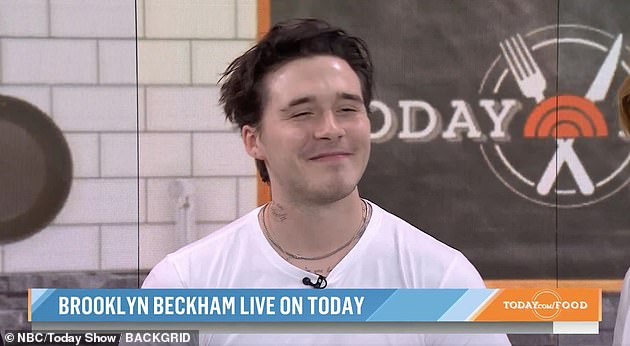 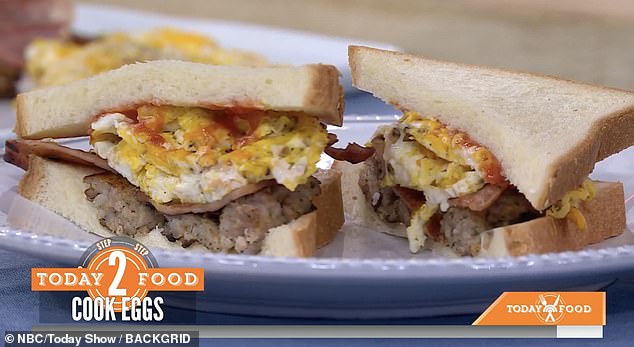 Viral: Brooklyn began trending last week when he made a breakfast sandwich on the Today show

When asked what David’s secret is to looking young at 46 – Victoria revealed that he is also a fan of her new skincare range, and plugged her favourite item from the range – called Cheeky Posh.

Last week, Victoria’s son Brooklyn set social media ablaze as he appeared as a guest chef of the Today show.

At the start of the segment, Brooklyn was seen telling viewers about dad David’s love of food, before waxing lyrical about his ‘favourite’ cast-iron skillet, which was already filled with pre-cooked sausages and bacon rashers. 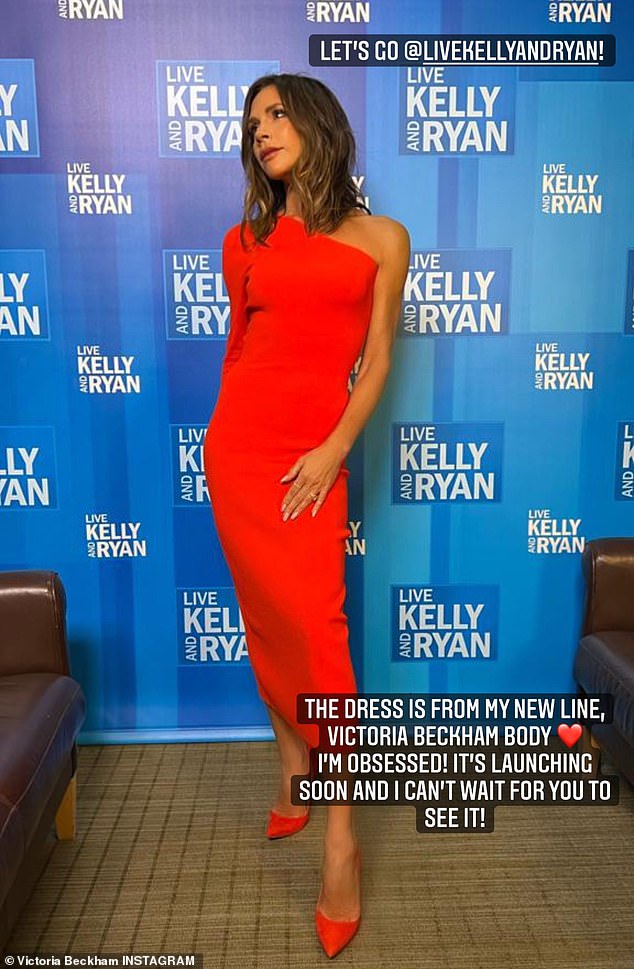 Ready for morning TV: Posh showed off one of her latest designs as arrived to discuss her beauty range on Live! With Kelly and Ryan

Red alert: The fashion designer was hard to miss as she left her hotel in NYC on Wednesday

He added that his love of cooking began to flourish during quarantine, when he began posting videos of himself making different dishes on his Instagram account.

‘I’ve always loved food and obviously when quarantine hit I just really started to get into it,’ he explained.

‘My fiancee (Nicola Peltz) started filming me and I started posting it and it’s just something I love doing.’

Brooklyn then began preparing the sandwich ingredients – and it was here that viewers’ online mockery really took off, with social media users blasting everything from his hatred of ‘runny eggs’ to the lack of butter on the bread. 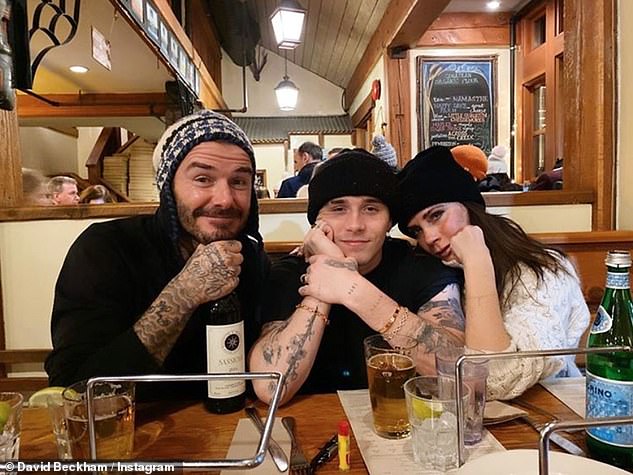 Praise: Posh praised her son Brooklyn Beckham on Wednesday, as well as her other three children, saying they all ‘work hard’ as she appeared on Live! with Kelly and Ryan .

The photographer and model shared several ‘tips’ during the preparation of the sandwich, revealing that he likes to cut his sausages down the middle so he can cook the insides, and explaining that he uses his fingers to poke the egg yolks so that they cook up and don’t stay runny.

‘Brooklyn I can’t believe you never left the egg runny!!! You just ruined a good sandwich,’ one person tweeted in response to his egg-cooking technique.