Kelly Dodd has been showered with love by fellow Real Housewives after announcing her engagement to Rick Leventhal, but the Real Housewives of Orange County star can’t say the same about her ex-husband, Michael Dodd.

“It’s very contentious right now. He gets upset,” the 44-year-old reality TV personality told Us Weekly exclusively at the Guess Who, Bitch?! Game Night at Moxy Chelsea in New York City on Thursday, November 14. “He knows who [Rick] is. And he’s very mean about him. He calls him Gonzo. And then he’ll send me pictures of him, he’s just mean. He’s not happy for me.”

Kelly claimed that Michael has threatened to “expose” her after her engagement to the Fox News correspondent. 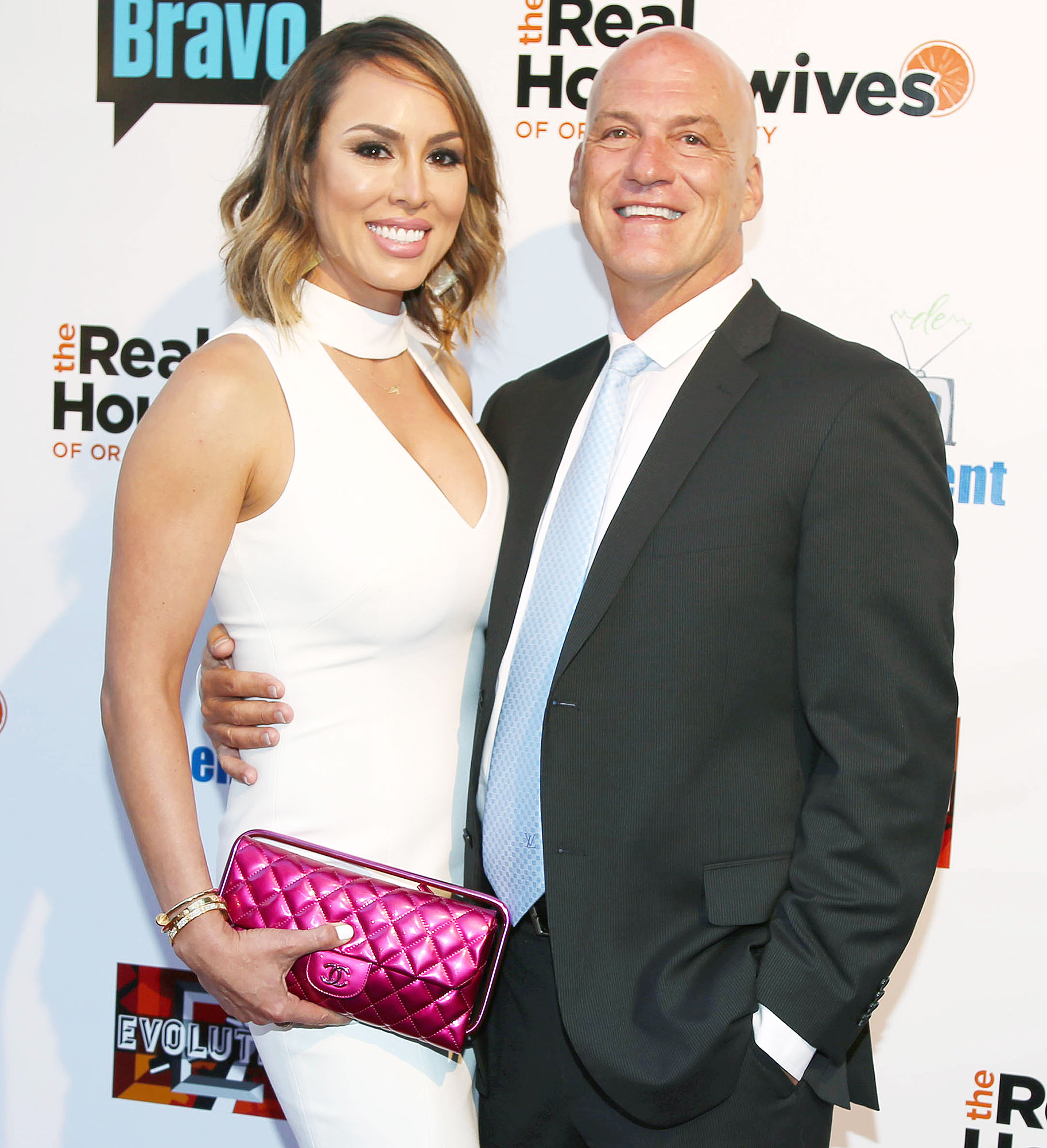 “He wants to come after me. He says, ‘I’m going to expose you.’ I’m like, ‘OK, go head, expose me,’” she explained to Us. “It’s already out there! Everything’s out there. There’s nothing you can say or do that I haven’t been exposed about.”

Kelly and Michael, who finalized their divorce in 2017 after a decade of marriage, share 13-year-old daughter Jolie.

“Oh, my gosh, she is so excited. She’s like my partner. She’s such a good kid,” the Bravo star told Us of the teenager. “She’s got it going on. She knows exactly what she needs to do to get to the next place.”

Kelly and Leventhal, who were introduced by Real Housewives of New York City’s Ramona Singer, were first linked in August. The news anchor popped the question in New York City on Wednesday, November 13.

“I’m feeling great! I’m excited,” she told Us on Thursday before detailing the NYC proposal. “He has a terrace that looks over the Empire State Building and Chrysler Building. Beautiful, with a fire and a bunch of flowers. And he got on one knee and said, ‘You’re the love of my life.’”

While Kelly was “so surprised” when Leventhal proposed, she knows he is The One.

I can’t believe I just got engaged !! @rickleventhal you are my Prince and my dream come true!!! #love #engaged #myprince

“I knew right when I met him! Ramona introduced me to him. I knew it was fireworks right off the bat,” she gushed, noting that Singer has already congratulated the couple.

“I just had lunch with her today She wants to be a bridesmaid,” Kelly told Us. “Dorinda [Medley] wants to officiate it. I talked to Dorinda today.”

While Kelly’s RHOC costars Braunwyn Windham-Burke and Emily Simpson have her back, she can’t say the same for the rest of the cast in her franchise.

“I have Emily and Braunwyn here, my homegirls. The other ones, not so much,” Kelly told Us, noting she is “uncomfortable” thinking about seeing Tamra Judge, Shannon Beador and Vicki Gunvalson after filming the season 14 reunion. “Some had closure [at the reunion], some didn’t. You’ll have to wait and see, it’s really good.”