Her enviable curves made her a household name.

And Kelly Brook accentuated her hourglass frame in a stunning floral mini dress on Monday morning as she made her way to work at the Global radio studios in central London.

The blossoming beauty, 40, displayed her radiant glow and impeccable dress sense as she entered the Heart FM building to present the Breakfast program. 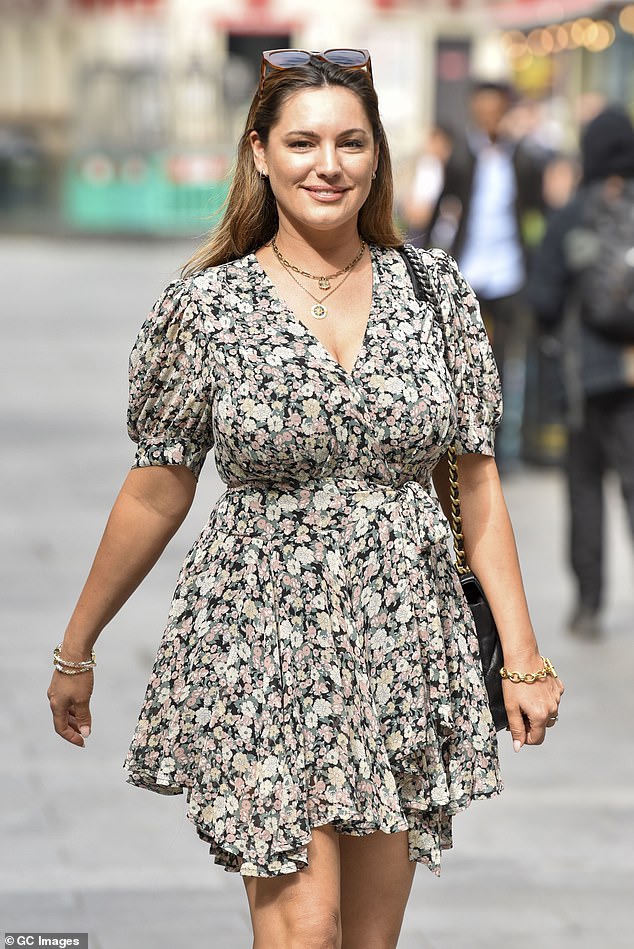 Blossoming beauty: Kelly showcased her killer curves in a feminine floral wrap dress as she made her way to the Global radio studios in central London on Monday morning

She cut a stylish figure in a muted pink and green floral wrap dress that featured a v-neckline.

Kelly contrasted the summery outfit with a pair of black military boots and a classic Chanel quilted handbag. 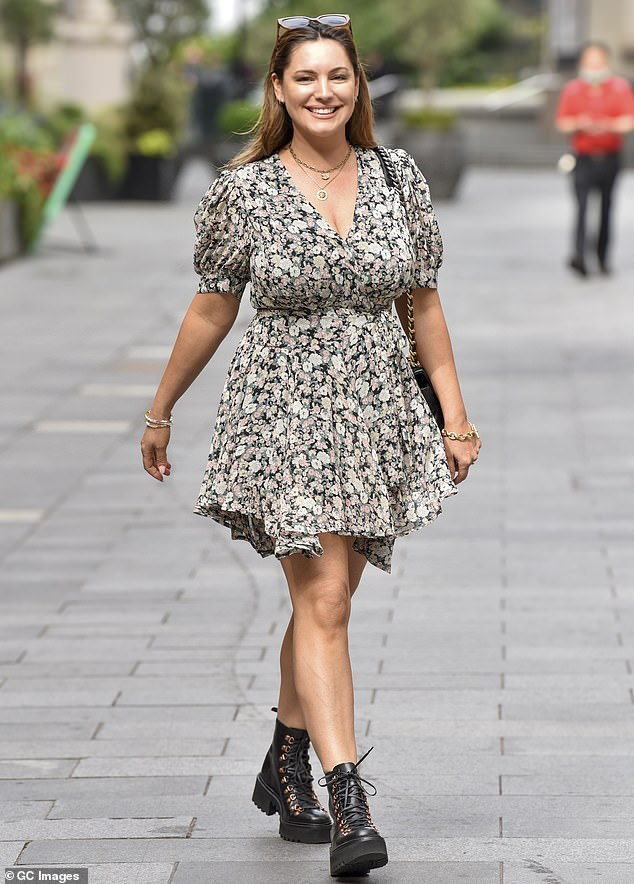 The model added an elegant touch with a variety of gold necklaces and bracelets.

She wore her signature brunette tresses in a straight hairstyle with her tortoiseshell brown shades perched stylishly on top.

Kelly enhanced her glowing complexion with a warm-toned makeup look as she strolled towards the radio studios. 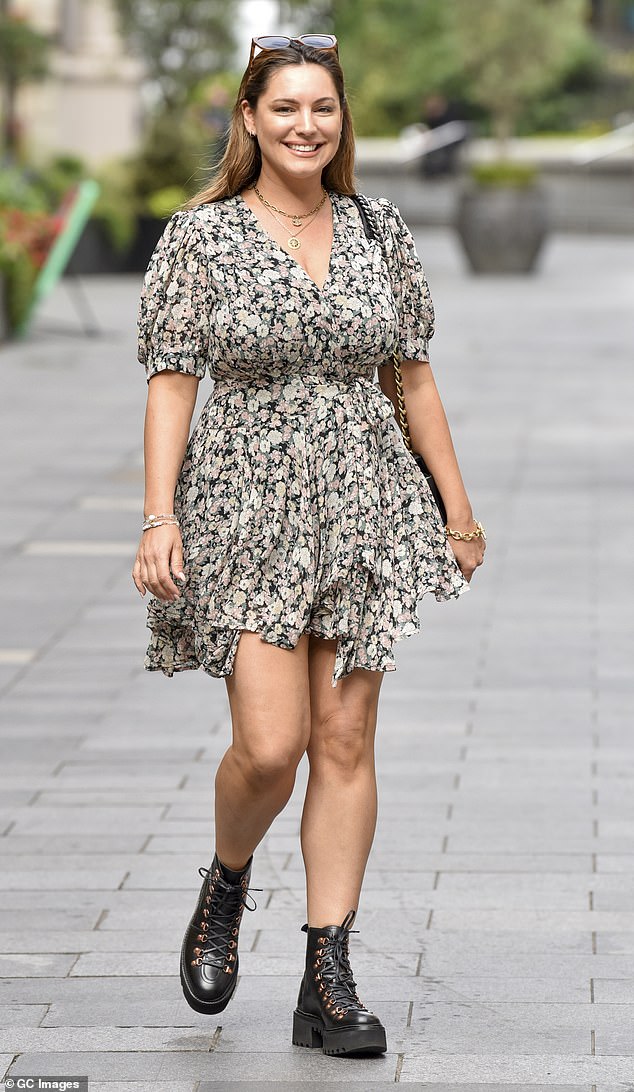 Golden glow: Kelly enhanced her radiant complexion with a natural bronzed makeup look and she let her brunette tresses tumble past her shoulders in an effortless straight hairstyle 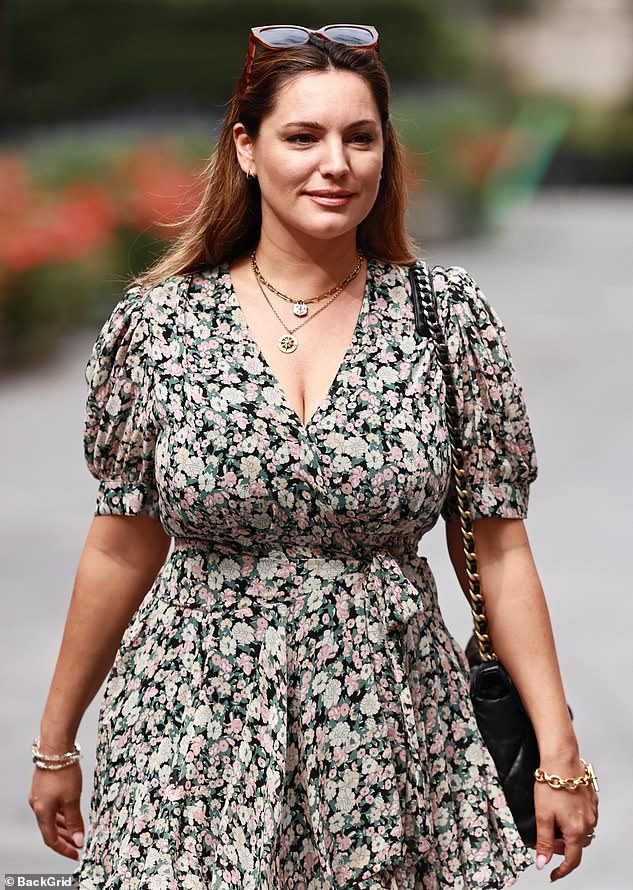 Designer touch: The media personality took her outfit up a notch with a Chanel quilted black handbag with a gold chain that complemented her eclectic golden jewellery

The media personality has been filling in as presenter for Heart’s Breakfast programme during the summer break, and usually hosts the weekday drivetime show with Jason King.

Kelly’s stylish display comes after she declared that she is ‘not worried’ about her ‘weight creeping up’ and said ‘diets shouldn’t be about deprivation’, after revealing she shed a whopping two stone in March.

She has been keeping busy by exercising at home and Kelly said she eats ‘healthy, low-calorie meals’ and snacks on homemade fruit lollies or popcorn when she craves something sweet.

The bombshell has been candid about her weight fluctuating, as she has slimmed down to a size 10-12 but previously rocked a size 16 figure. 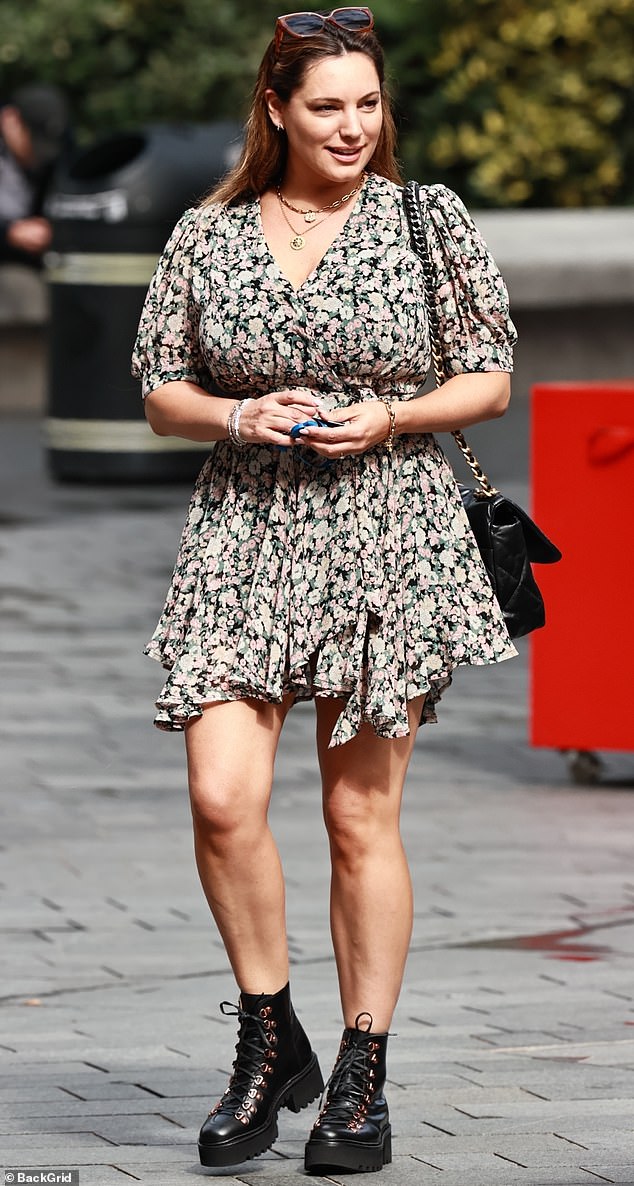 Sensational: Kelly displayed her enviable figure after dropping two stone in March, but she declared that diets are a form of ‘deprivation’ and said she’s ‘not worried’ about gaining weight