‘I’ve made so many mistakes’: Keith Urban reveals he quit partying to protect his marriage with Nicole Kidman

Keith Urban has admitted he turned his back on partying to focus on his family with wife Nicole Kidman.

The country singer, 54, publicly battled drug and alcohol addiction, and entered rehab on several occasions, last checking himself into the Betty Ford Center in October 2006, just months after marrying Nicole.

Now Keith has admitted his marriage is a major factor in remaining sober and keeping out of trouble. 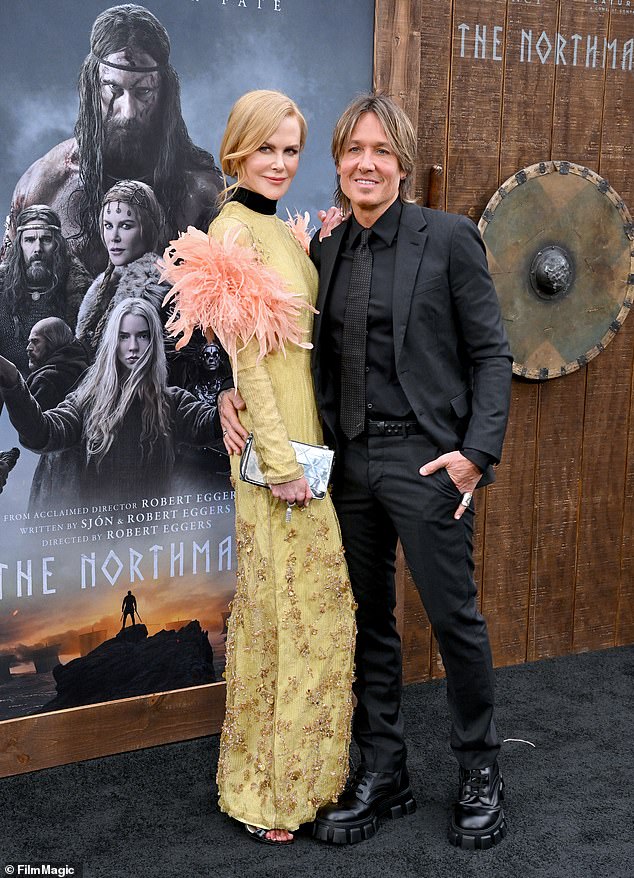 Strength: Keith Urban has admitted that his marriage to Nicole Kidman is a major factor in remaining sober and keeping out of trouble. (Pictured in Hollywood on April 18, 2022)

‘I’d like to stay married!’ Keith told The Sun. ‘Night-time me hates daytime me, it’s so true. But the next morning night-time me is nowhere to be found — he’s totally unaccountable.’

Keith – who shares daughters Sunday, 13, and Faith, 11, with Nicole, added: ‘Life is very different nowadays. I’m trying to set a good example for the kids, but I still don’t know if I’m getting it right.

‘I have made so many mistakes, but you have to work out what works for you. bMy message to them is always to do what-ever they are passionate about, I don’t care, as long as they work hard to achieve it.’

Keith said staying on top of his successful career, which includes touring, releasing music, and working as a mentor on The Voice Australia, helps him stay sober too. 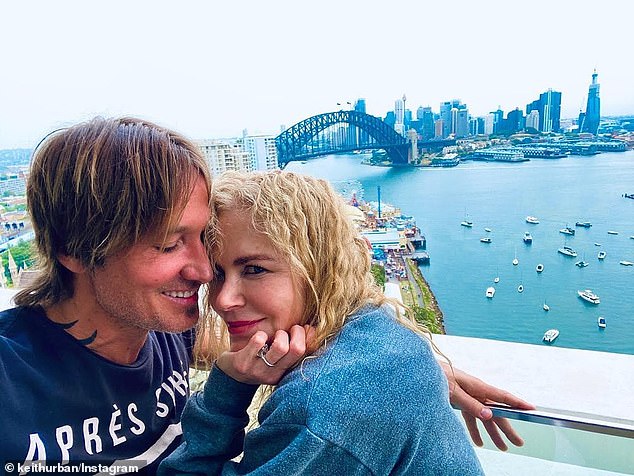 Dedicated: ‘I just do what I have to so that I can live the life I want to live,’ Keith told The Sun

Keith recently recalled the moment his wife Nicole staged an intervention for his addiction issues, in an extract from the book Keith Urban by Jeff Apter.

Keith told Rolling Stone magazine back in 2016 that he would have understood if Nicole, 54, chose to leave him after his 2006 rehab stint as the couple had only married that year.

‘I was very, very blessed to have Nic call an intervention on me,’ Keith said, adding that his reckless behaviour ’caused the implosion of my fresh marriage’. 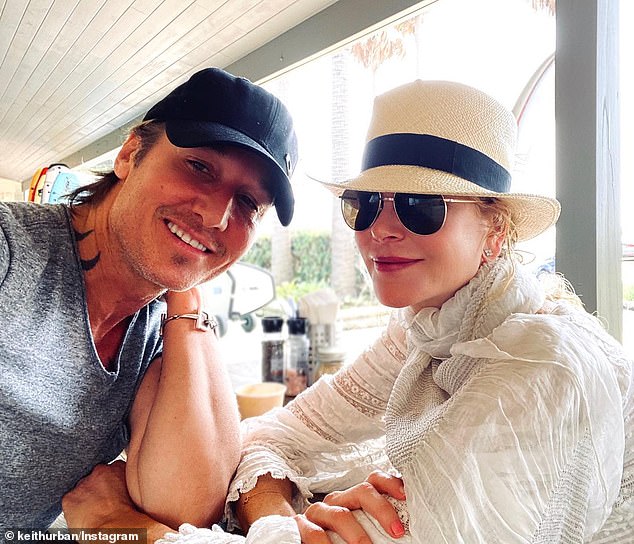 Intervention: Keith recently recalled the moment his wife Nicole staged an intervention for his addiction issues

He also reflected on the intervention with Oprah Winfrey, admitting to the famed talk show host that he ‘went off the rails’ and ‘needed help and a new direction’ in his life.

Nicole, who was working in Rome at the time of his bender, flew back to the States and rounded up his friends to stage an intervention.

‘The love in that room in that moment was just right,’ Keith told Oprah. ‘To see love in action in that way… I’d never experienced anything like that before.’

Keith has been open about his past struggles with alcohol addiction, and revealed at the South By Southwest conference in Texas in 2018 that he wished he’d got sober earlier in his life. 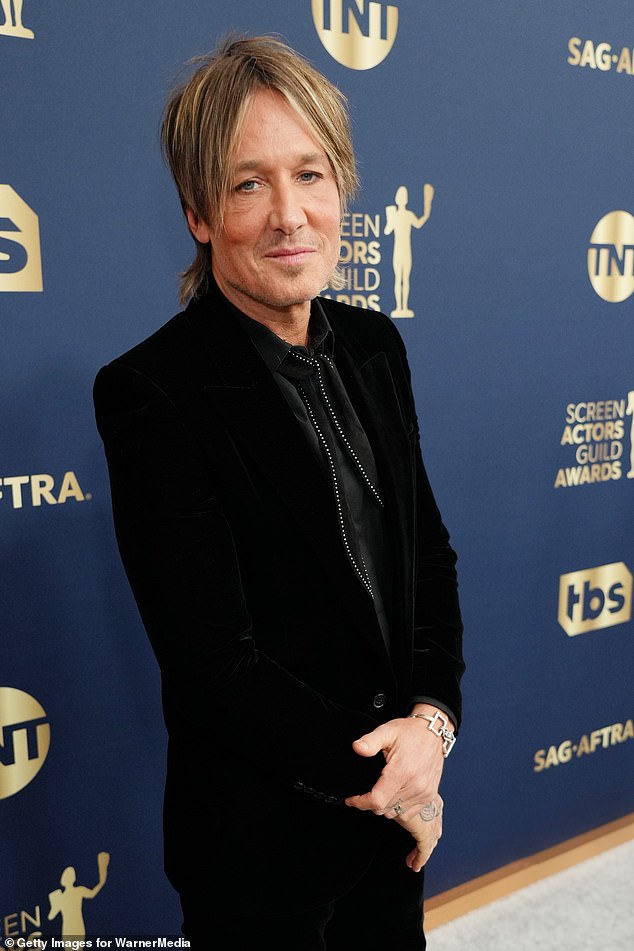 Rehab: The country music superstar checked himself into the Betty Ford Center at Rancho Mirage, California, in October 2006. Keith told Rolling Stone magazine back in 2016 that he would have understood if Nicole chose to leave him, as the couple had only married that year

‘I wish I’d gotten sober many years earlier than I did, but it is what it is,’ he said.

‘I knew I wasn’t at my full potential, and that’s what was starting to get to me. I was enslaved… I was living a very, very small life.’

Keith also admitted he ‘sucked at relationships’ prior to meeting Nicole, and that his song lyrics about love were far from his reality.

‘I would write these songs about love and relationships; I remember writing Somebody Like You and playing it for my girlfriend at the time and she just looked at me and said, “You’re a f**king hypocrite,” and I couldn’t argue that,’ he said.

Keith and Nicole met in 2005 and tied the knot a year later. They are parents to daughters Sunday Rose, 13, and Faith Margaret, 11. 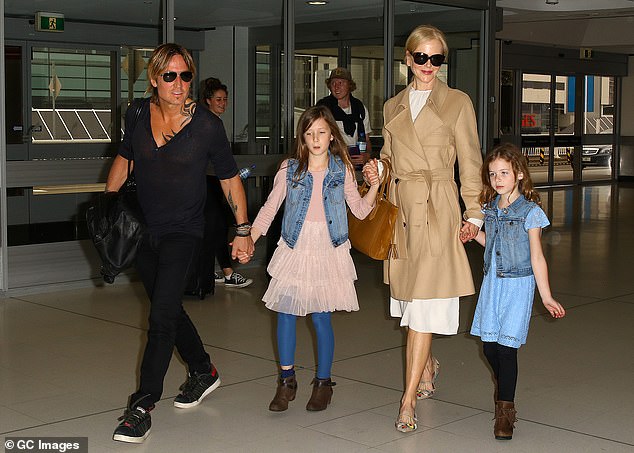 Family first: Keith and Nicole met in 2005 and tied the knot a year later. They are parents to daughters Sunday Rose, 13, and Faith Margaret, 11. (The family is pictured in Sydney in 2017)