A federal jury in Los Angeles on Monday ruled that Katy Perry’s 2013 song Dark Horse violated copyright infringement law in its similarity to the 2009 song Joyful Noise from Flame, a Christian rapper.

The next step in the legal process will enter the penalty phase, in which the nine-person jury will determine the award for the copyright infringement violation, according to the AP.

Flame, whose real name is Marcus Gray, filed the suit in 2014 with two other authors of the song. He claimed in the suit that Dark Horse incorporated beats and instrumentals that were paralleled those in Joyful Noise. 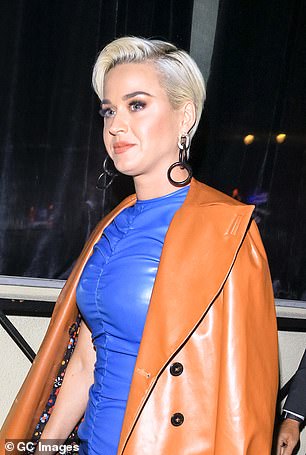 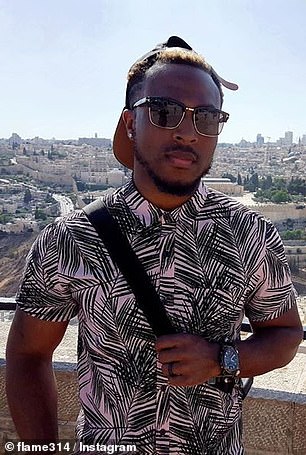 The latest: A federal jury in Los Angeles on Monday ruled that Katy Perry’s 2013 song Dark Horse violated copyright infringement law in its similarity to the 2009 song Joyful Noise from Flame, a Christian rapper (R)

Lawyers for the Roar songstress told the court that the parts of the song Flame and his team cited were musical basics, and that the trickle-down effect of a loss in the suit would have a negative impact on the industry.

‘They’re trying to own basic building blocks of music, the alphabet of music that should be available to everyone,’ Perry lawyer Christine Lepera told the court last week.

Perry and Dark Horse co-writer Dr. Luke both took the stand at the week-long trial, claiming they never heard of Flame and were not listeners of Christian music.

Gray’s legal team argued their client had significant exposure prior to the release of Dark Horse in 2013, as Joyful Noise had amassed millions of plays on Spotify and YouTube; and the album it was included on, Our World Redeemed, received a Grammy nomination for Best Rock Or Rap Gospel Album. 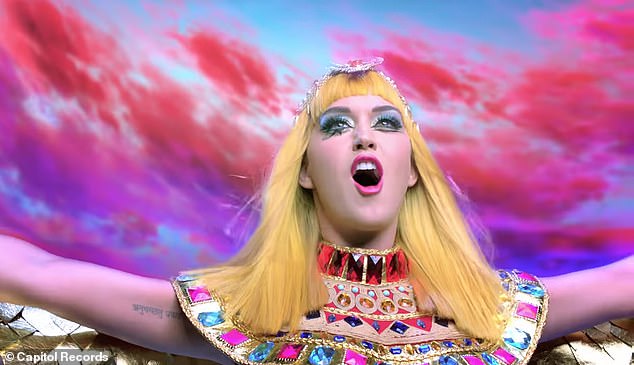 Pop princess: Perry is seen in a screengrab for the video for her hit Dark Horse 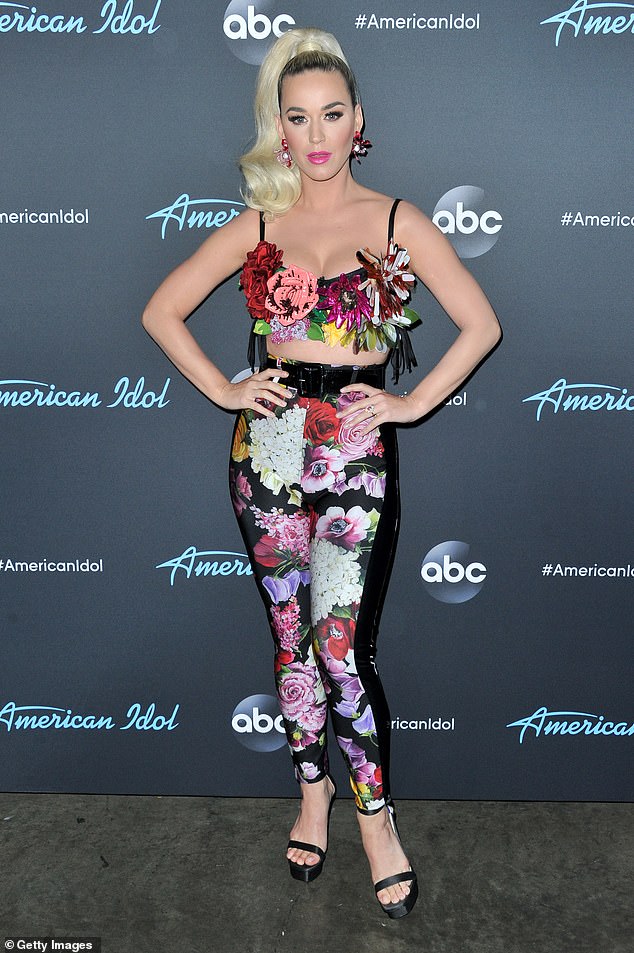 Flower power: Katy was snapped in LA at an American Idol live show in May

‘They’re trying to shove Mr. Gray into some gospel music alleyway that no one ever visits,’ said a lawyer for Flame, Michael A. Kahn.

It was a commercial and critical hit, spending four weeks at number one on the Billboard Hot 100, during the entire month of February.

It also garnered the Santa Barbara, California native a Grammy nomination for Best Pop Duo/Group Performance and the Single of the Year honors at the 2014 American Music Awards.