The British reality star, 42, gave viewers an eyeful in a tight beige T-shirt, which was slightly see-through.

Despite being covered up, the former glamour model’s chest was partially visible underneath the flimsy fabric. 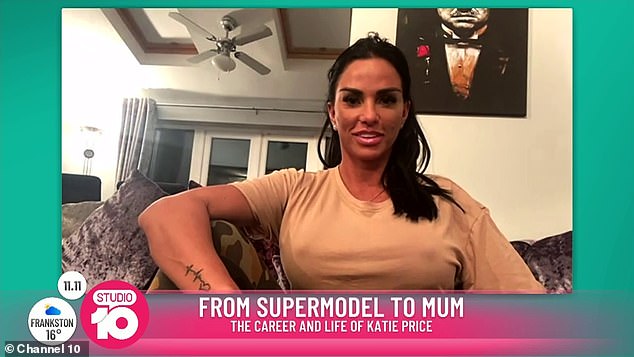 During the interview, Katie opened up about her tumultuous relationship with her ex-husband Peter Andre.

The former couple were married from 2005 to 2009 and have two children together.

‘All I’m going to say about Pete and me is we agree to disagree,’ she said firmly.

‘That’s all I’m going to say about me and Pete because I’ve been on TV before with you guys and expressed how I feel. It’s been a long journey.’

She concluded: ‘We agree to disagree, it’s better than it was.’ 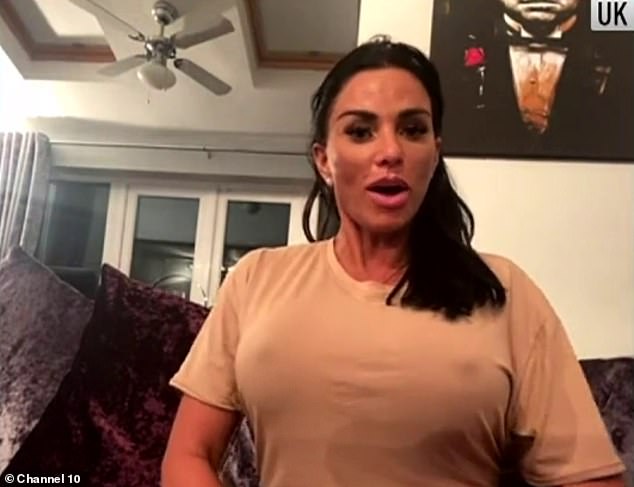 Eyeful: Despite being covered up, the former glamour model’s chest was partially visible underneath her tight beige T-shirt

Katie is currently dating Love Island star Carl Woods, 31, who appeared on the British series back in 2016.

The former Page 3 girl spoke about their romance on Studio 10, telling the panel: ‘I think he looks like Channing Tatum!’

She added: ‘I finally found my prince… He appreciates me for me and he understands my job and what comes with it.’ 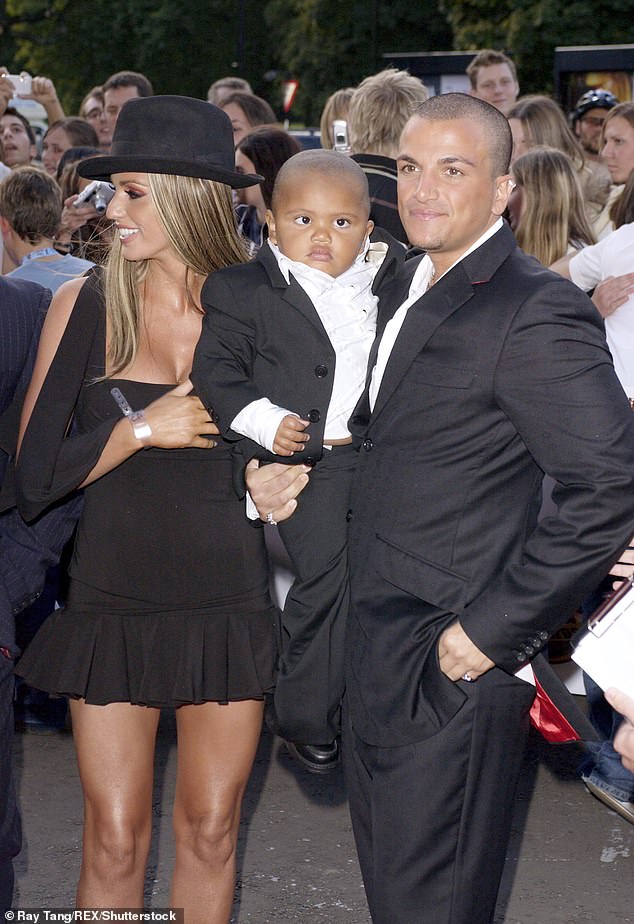 ‘We agree to disagree’: Katie also opened up about her ex-husband Peter Andre. Pictured together with Katie’s son Harvey in London on September 16, 2004

‘He’s been the one to put a smile back on her face after her split from Kris [Boyson, her ex-boyfriend], which has taken her a long time to get over.

‘There has been a lot of drama and upset in Katie’s life the last year but she’s so happy to have met Carl and they both laugh over the fact he was once on Love Island.’ 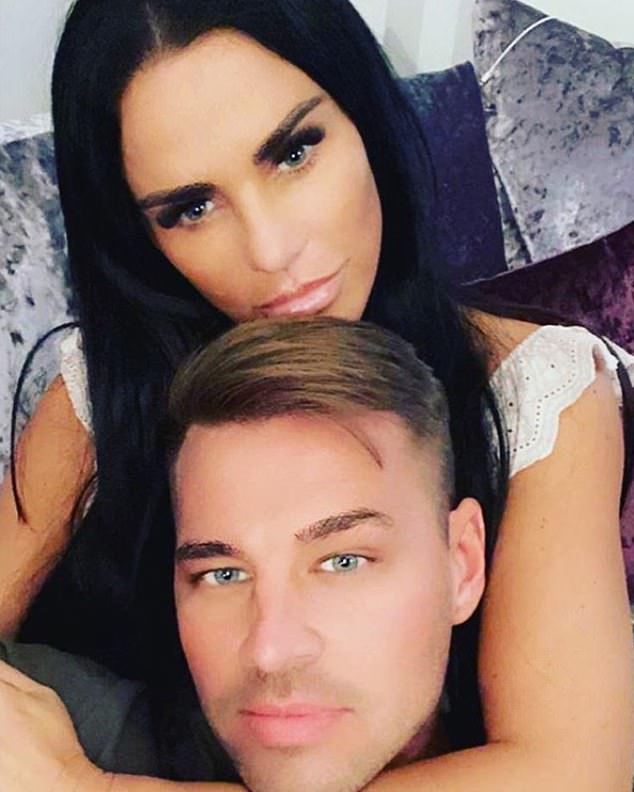