Katie Price has been spotted arriving in Spain to visit her terminally ill mum Amy, after revealing to fans she’s ‘not very well.’

The star, 41, was spotted leaving the airport on Monday with son Junior, 14, and daughter Princess, 12, as she prepared to enjoy the sun-soaked break.

Katie’s mum Amy has been living in Spain after she was diagnosed with the terminal lung condition idiopathic pulmonary fibrosis in 2017, and has since revealed that the warmer weather helps ease the symptoms of the condition. 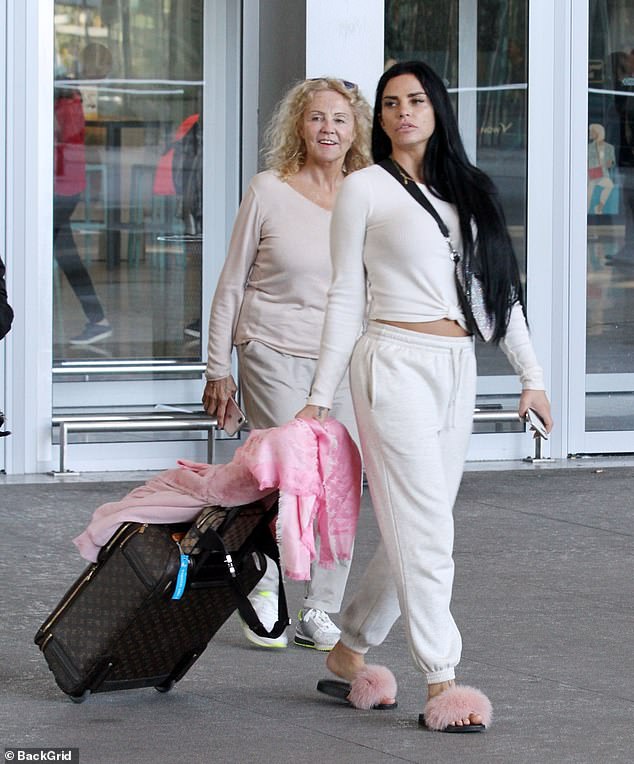 There for her: Katie Price has been spotted arriving in Spain to visit her terminally ill mum Amy, after revealing to fans she’s ‘not very well’

Katie cut a casual figure in a relaxed white tracksuit as she was spotted heading out of the airport with her mum and children.

The reality star took to Instagram Stories after climbing into the car to head to her hotel, where she told fans she’d gone to visit Amy as she wasn’t well.

Posting a video of Amy and her two children, Katie wrote: ‘Come to see my mum with two of my babies unfortunately she isn’t well but so happy she is smiling we are here.’

MailOnline has contacted representatives for Katie Price for more information. 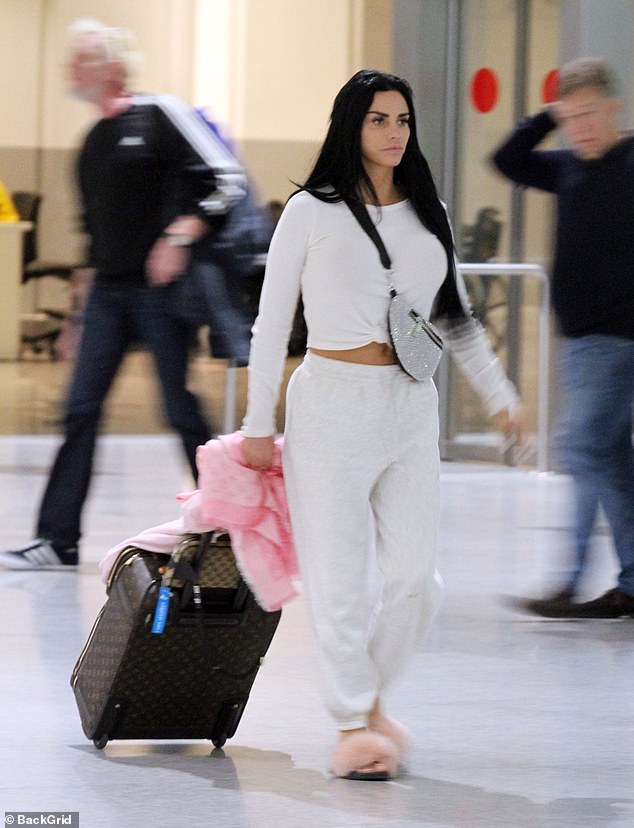 Casual: The star, 41, was spotted heading out of the airport on Monday ahead of her sunny break, to visit her mum who is now living in Spain 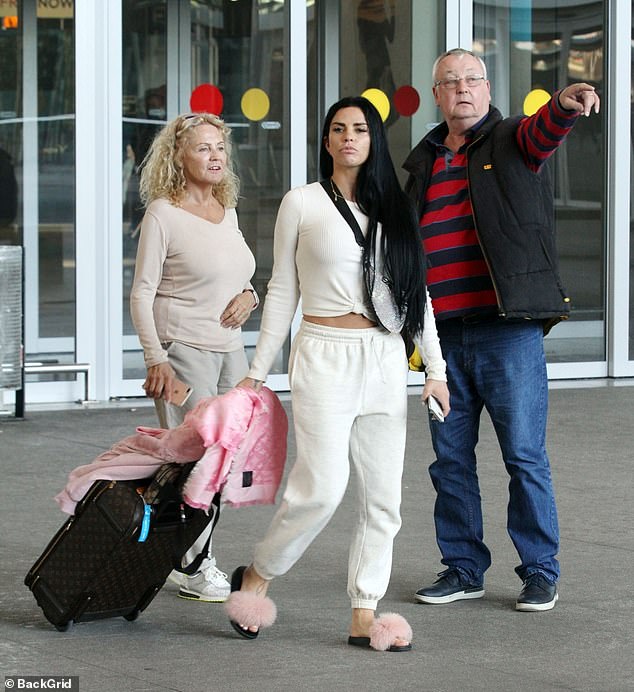 Relaxed: Outside the airport Katie was joined by her mum Amy, who was diagnosed with the terminal lung condition idiopathic pulmonary fibrosis in 2017 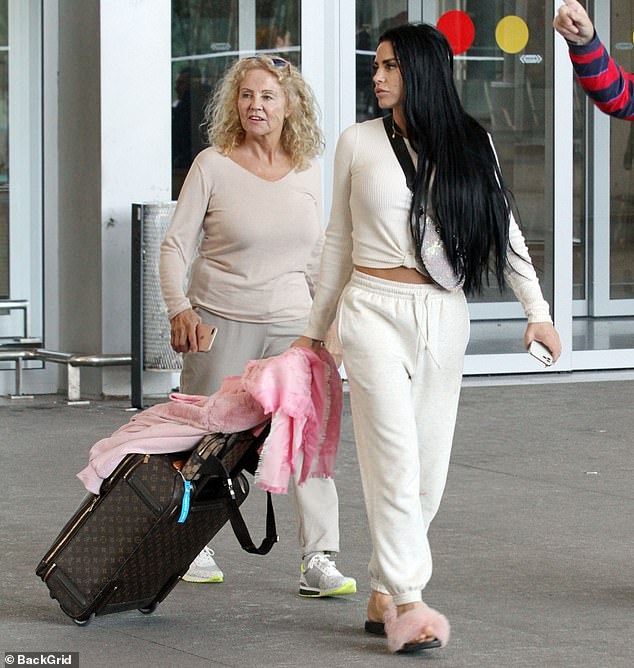 In 2017, Katie revealed that her mum had been diagnosed with idiopathic pulmonary fibrosis, which causes progressive and irreversible scarring of the lungs, and currently there is no cure.

In April during an appearance on Loose Women, Amy revealed she made the decision to move to Spain for the colder winter months in a bid to improve her declining health.

She said: ‘Late January I was suffering so much with the cold weather. I went to Spain and some friends found me a tiny little apartment by the sea. 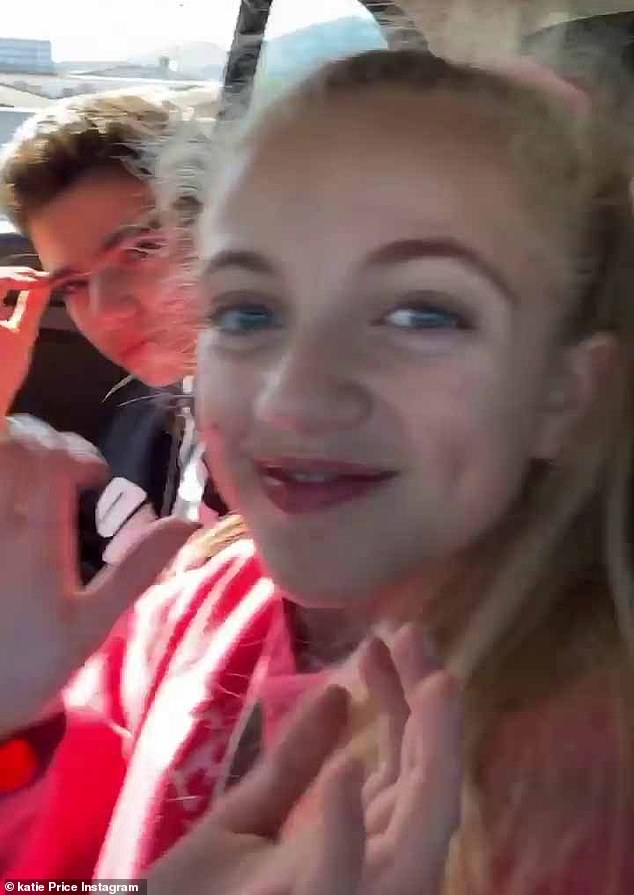 Cute: The star was joined by her daughter Princess, 12, and son Junior, 14, who she shares with ex-husband Peter Andre 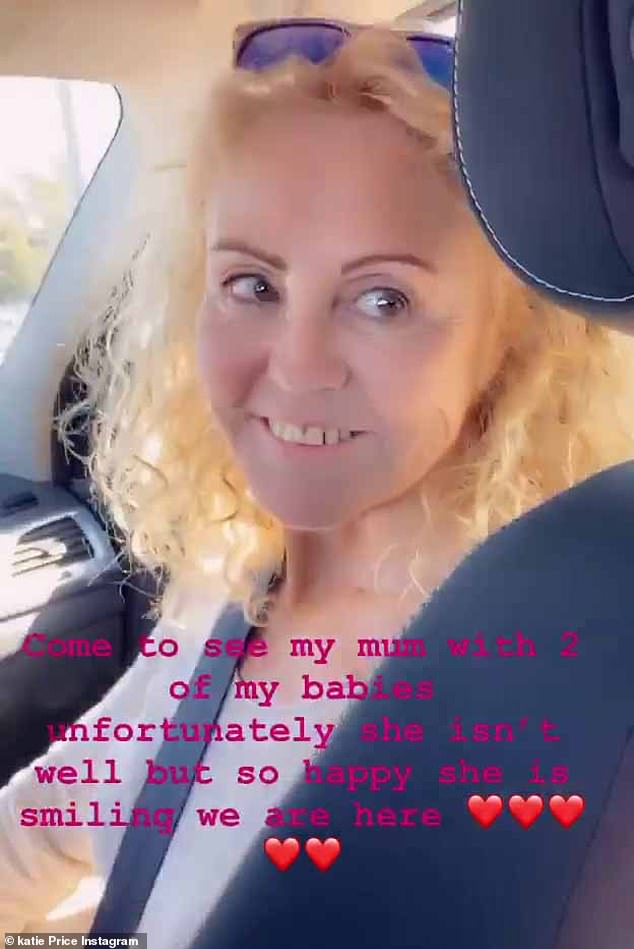 On the mend: Katie’s mum Amy also featured in the post, as the star said she was ‘smiling’ to see her family

What is idiopathic pulmonary fibrosis?

Katie also spoke at the time about how she first reacted to her mum’s diagnosis, saying: ‘The first time we appeared on the show I was crying. I couldn’t cope and when you hear “terminal” you think she’s not gone long left.’

Speaking about how IPF, a rare condition that causes progressive and irreversible scarring of the lungs, has progressed, Amy said: ‘I’m not too bad. I went for tests this week with the transplant team, they keep an eye on me, my lung function tests have dropped a little bit but that’s to be expected with what I have got because it is a progressive illness.

‘But they do all the tests on the other organs in your body to prepare you for when they think you need a transplant – I’m not yet [on the transplant list] – and what they do is that they look at everything to make sure you can cope with it – your heart, liver and your kidneys and all that – and they are still 100 percent, they are fine.

‘So at the moment they go, “You are too healthy, go and enjoy yourself. And come back in six months.”‘ 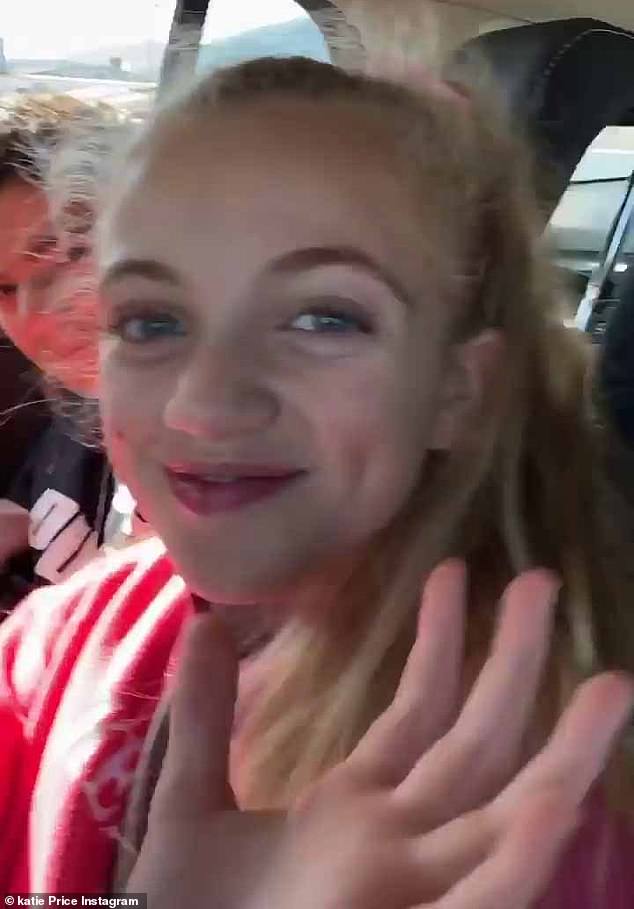 Jovial: Princess and Junior seemed delighted to be reunited with their grandmother after touching down in Spain 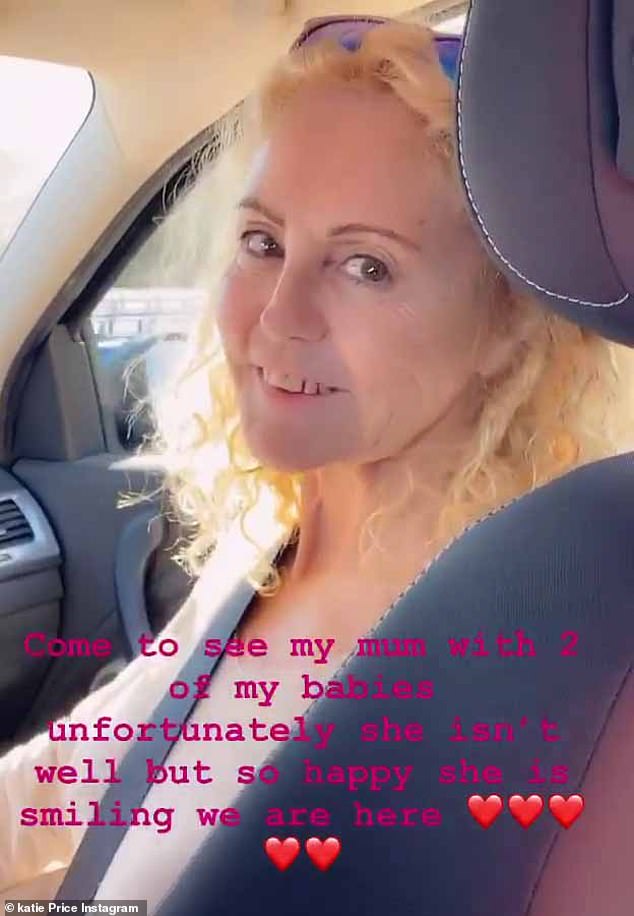 Big move: After her diagnosis in 2017, Amy revealed last year that she’s moved to Spain during the winter months as the warm weather helps to ease some of the symptoms of her condition

Katie has also said when the family first discovered Amy’s diagnosis, she tried to offer her mum a lung.

‘She wouldn’t ever let me because I have kids but it’s not that easy. There’s not that many on the transplant list, they have to wait until you’re nearly dead,’ she said.

Amy told the panel she was hoping to go on a research drug because it ‘wouldn’t make her condition any worse.’ 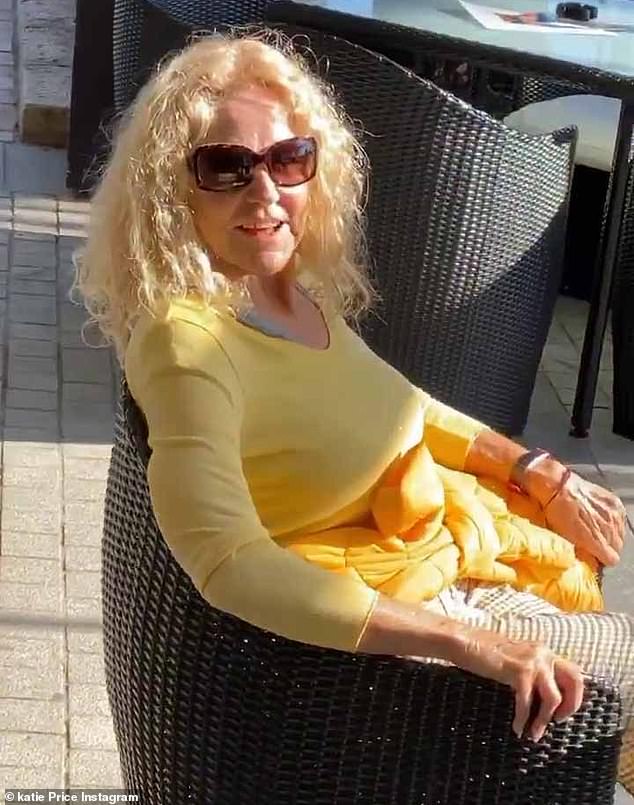 On the mend: On Tuesday Katie shared another post of herself and mum Amy relaxing in the sunshine