A Broadway musical is usually a go-to activity for tourists, but New Yorkers Katie Holmes and her daughter Suri Cruise didn’t seem to mind.

The mother–daughter duo were spotted Saturday night in line at Manhattan’s Al Hirschfeld Theatre as they made their way through the security line.

The 40-year-old actress and her 13-year-old daughter were set to see the new stage adaptation of Moulin Rouge, based on the 2001 jukebox musical film. 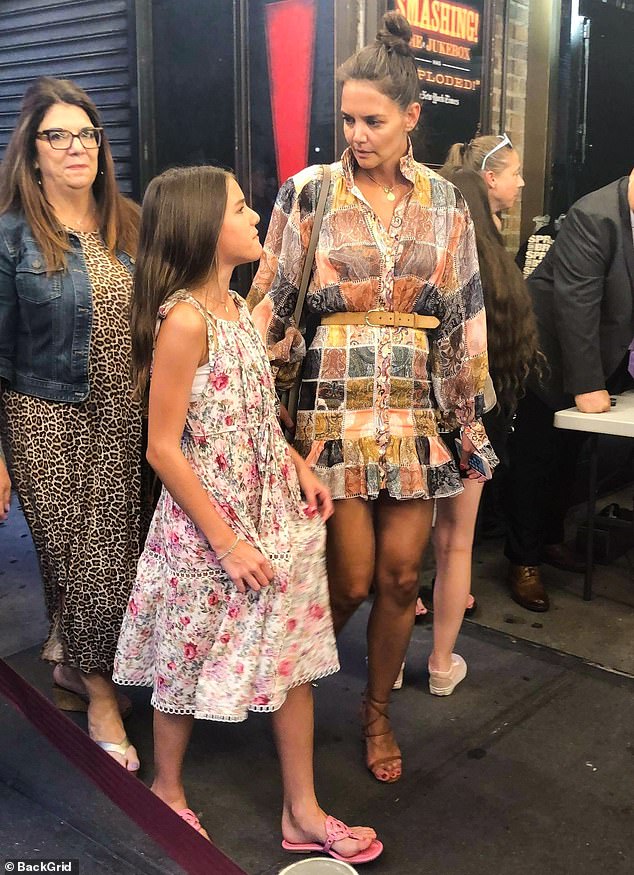 Night at the theater: Katie Holmes, 40, and her daughter Suri Cruise, 13, were spotted waiting in line Saturday to get into the musical adaptation of Moulin Rouge on Broadway in Manhattan

Katie highlighted her svelte figure and toned legs in a short dress covered in patches of multicolored paisley squares.

The 5ft9in Dawson’s Creek star cinched a brown leather belt around her waist to showcase her hourglass figure.

She completed the look with a pair of open-toe heels with brown straps reaching up to her ankles.

Her brunette tresses were piled up in a high bun. 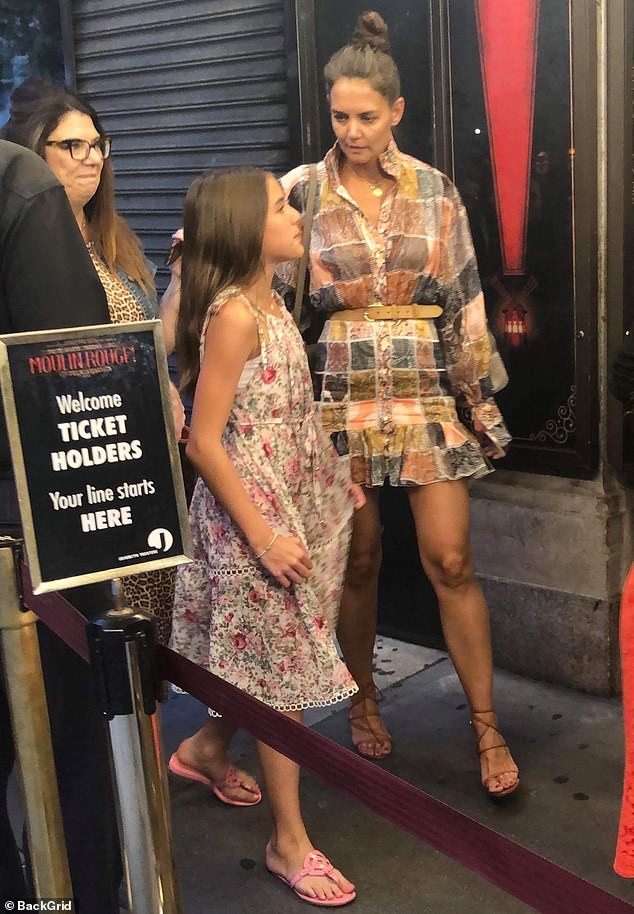 Suri mirrored her mother with her own dress, a cream-colored design adorned with lovely floral patterns.

She wore her brunette hair down over her back, and she completed her look with a pair of pale pink sandals.

She’s the daughter of Katie and her ex-husband Tom Cruise, to whom she was married from 2006 until their separation in 2012.

The two were previously engaged in 2005, only seven weeks after they first met.

They welcomed Suri in April 2006, seven months before their November wedding. 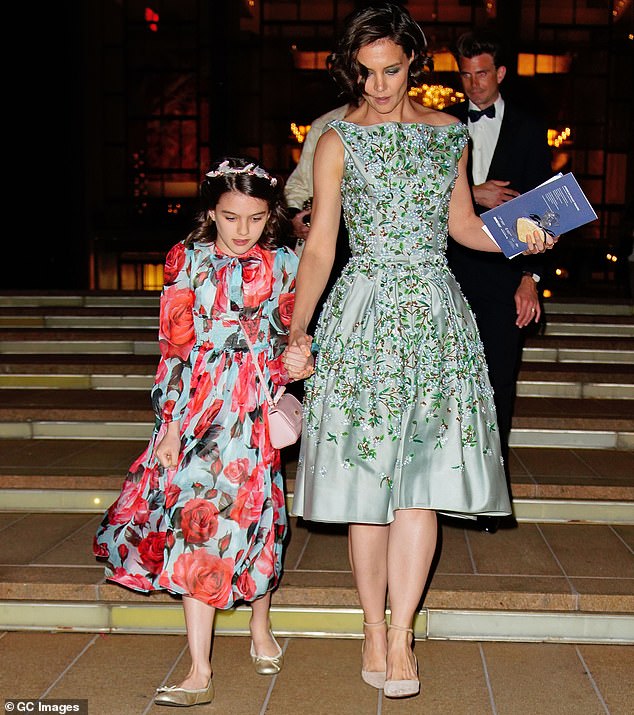 Katie and Suri’s weekend outing to the theater also has a connection to her ex-husband: the 2001 film on which Moulin Rouge is based starred Tom’s ex-wife Nicole Kidman, and was released only months after they had announced their separation.

The film was a commercial success and received moderately positive reviews, as well as eight Academy Award nominations.

Absent from their night at the theater was Katie’s boyfriend Jamie Foxx, 51. 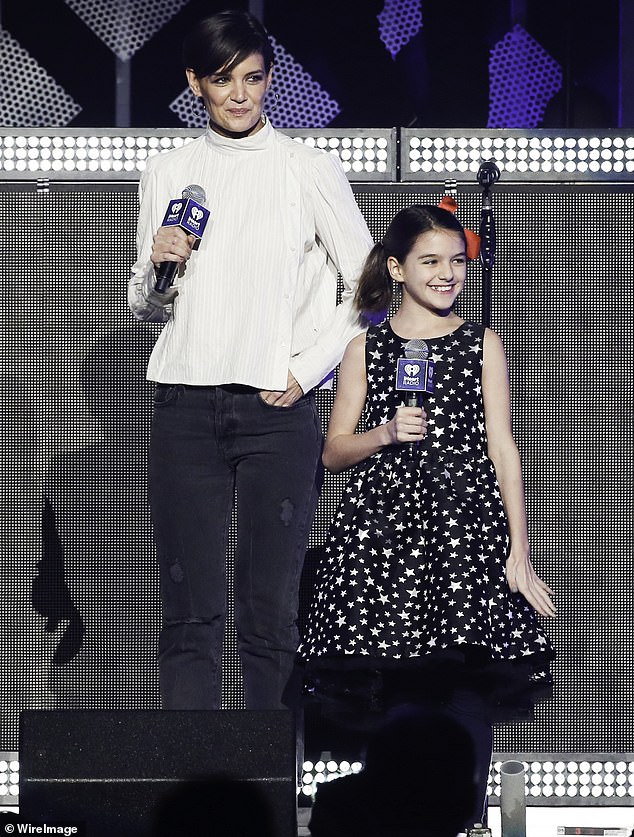 Six degrees of separation: Katie and Suri’s weekend outing to the theater also has a connection to her ex-husband: the 2001 film on which Moulin Rouge is based starred Tom’s ex-wife Nicole Kidman, and was released only months after their separation; pictured in 2017

The two are infamously tight-lipped about their relationship, though they’re believed to have begun dating in August 2013, a year after her divorce from Cruise.

Though Katie is based in New York City, and Jamie lives in Los Angeles, they’ve apparently kept their relationship going strong.

A source who overheard the Baby Driver actor speaking positively of his relationship recently revealed the details to Fox News.

‘[He said] things are going swimmingly,’ they said, adding, ‘They’re making [long] distance work, and they are stronger than ever.’