Kanye West emerged in Beverly Hills on Sunday afternoon for a solo outing after launching into another anti-Semitic rant.

The rapper, 45, swapped his usual 2024 cap for a black hat that read Satoshi Nakamoto – a nod to the mysterious bitcoin creator.

And he traded his controversial ‘White Lives Matter’ shirt for a fluro orange top, which he wore with black jeans and oversized boots.

West shocked fans last week when he tweeted that he was going to ‘go death con 3 on Jewish people…’ which resulted in him being banned from the microblogging app.

Yet he doubled down on his view during an interview on Drink Champs on Saturday as he claimed that Kim discussing her sex life with Pete alluded to Jewish Zionist practice.

West was referring to a scene on the The Kardashians, in which Kim, 41, spoke about how she slept with Pete, 28, in front of a fireplace in tribute to her grandmother. 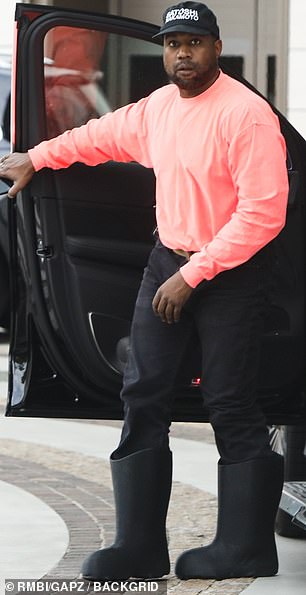 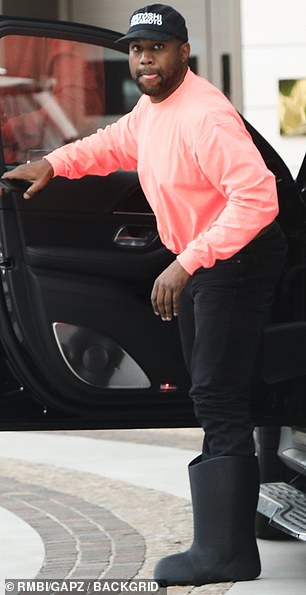 Kanye West, 45, was spotted on a solo outing in Beverly Hills on Sunday

In his latest rant, West told hosts N.O.R.E. and DJ EFN: ‘We Jew so I can’t be anti-Semite. First of all, I need my stadiums back. The 78 media outlets that called me an “abuser” when I was trying to get… Pete Davidson away from my kids that was tattooing my kids’ names on him, Skete. 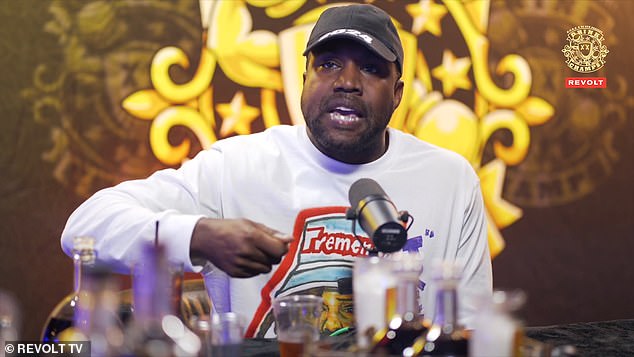 New podcast interview: Kanye was recently on the Drink Champs podcast and the episode was released earlier on Saturday

‘Kim is a Christian – on TMZ, I just saw it yesterday, it said, ‘Pete Davidson and Kim had sex by the fireplace to honor their grandmother,’ he said. ‘It’s Jewish Zionists that’s about that life, that’s telling this Christian woman that has four Black children to put that out as a message in the media.’

He continued, ‘So when I drive by and I see the Hulu ads and I see the JP [Morgan Chase] ads, I’m gonna let y’all know right now, the devil is a defeated foe – you can’t poison me.’

The musician was recently banned from Twitter last week due to past anti-Semitic comments he made against the Jewish community, including, ‘I’m a bit sleepy tonight but when I wake up I’m going death con 3 On JEWISH PEOPLE…’ 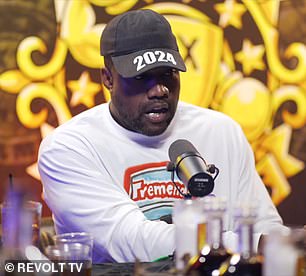 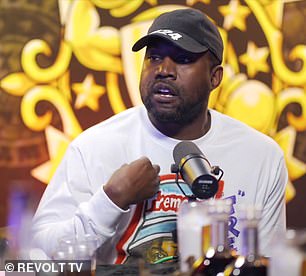 Controversary: During the interview, Ye again took shots at Jewish people in reacting to a sex story involving his ex-wife Kim Kardashian, and her ex-boyfriend, Pete Davidson 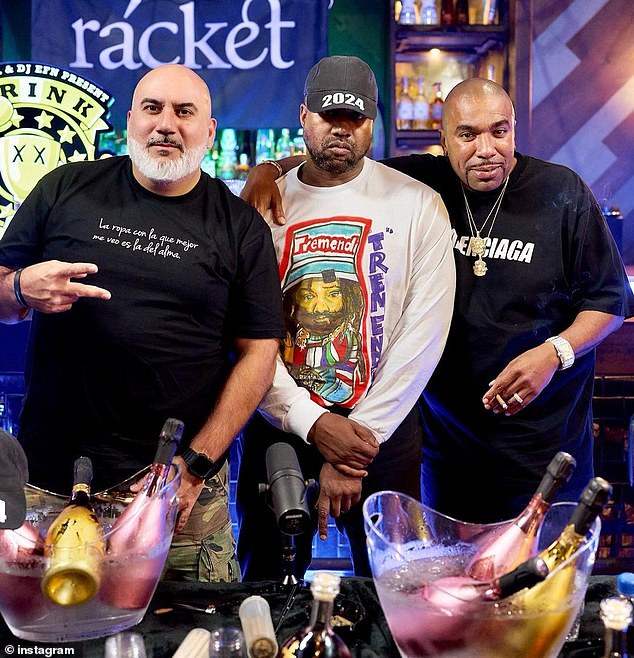 Drama: In a photo released from the podcast, Kanye was pictured with the two hosts as he donned a 2024 cap 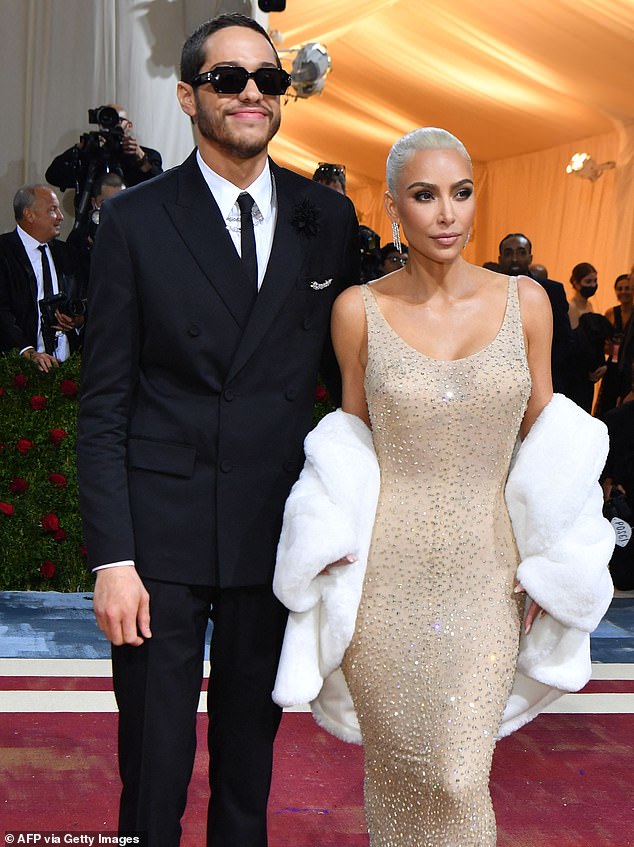 Kim Kardashian with Pete Davidson at the 2022 MET Gala

Kim filed for divorce from West in February of 2021, and the former couple are parents of four children: North, nine, Saint, six, Chicago, four, and Psalm, three.

Kardashian was romantically-involved with the Saturday Night Live alum from last October through this past August.

Prior to their split, Kim opened up about her sexual encounter with Davidson while speaking with her grandmother in a segment on the show.

She said, ‘You know what’s so crazy? Pete and I were staying at the Beverly Hills Hotel last weekend and we were sitting in front of the fireplace just talking for hours.

Last week , the Holocaust Museum in Los Angeles invited West to visit their exhibitions. The museum said in an Instagram post: ‘Words matter and words have consequences Ye. We urge you to come visit us at Holocaust Museum LA to understand just how words can incite horrific violence and genocides.

The post continued: ‘The Holocaust started with only words that sadly begat stereotypes, racial and religious tropes and blaming others and led to the murder of six million Jews.’

According to the American Jewish Council, Jewish people are the targets of 60 percent of religious hate crimes in America despite making up two percent of the population.