Justin Bieber is apologizing for plugging Morgan Wallen‘s album — saying he didn’t know about Morgan’s n-word scandal, but now that he does … he admits it’s bringing back bad memories for him. 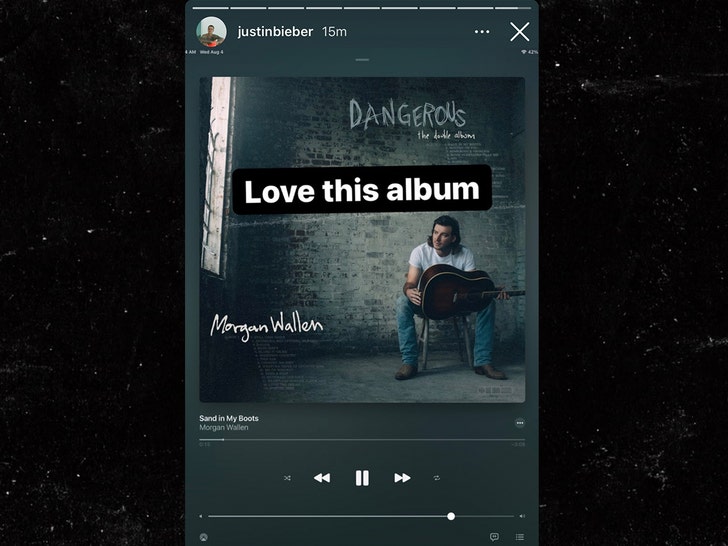 The controversy started Wednesday morning when Justin posted an Instagram story saying he loved Morgan’s “Dangerous” album, a post that was quickly deleted … presumably after he got some backlash, and some knowledge about Morgan’s incident. 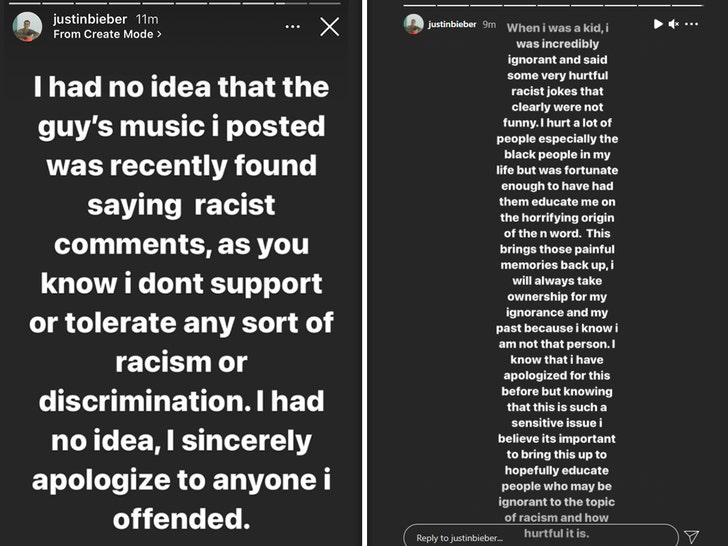 Justin’s been explaining himself ever since … claiming he had no clue about Wallen’s n-word scandal, saying he doesn’t support or tolerate racism or discrimination and apologizing to anyone he may have offended by initially supporting Morgan’s record.

As you know by now, Morgan was caught on video saying the n-word back in January after a night out in Nashville with friends.

Once Justin heard about that, it immediately reminded him of his own infamous, on camera, use of the n-word when he was 14. He substituted the epithet in one of his early hits, singing … “There’ll be one less lonely n***er.”

Justin says those “painful memories” came back to him Wednesday, but added he wanted to share them with his followers to “educate people who may be ignorant to the topic of racism and how hurtful it is.”