The Pretty Woman actress, 53, shared an image where she had on pink sunglasses as well as a blue fuzzy hoodie as she posed outdoors.

This comes just before she is set to film a movie with her friend George Clooney whom she already made the Ocean’s 11 films with as well as Money Monster. 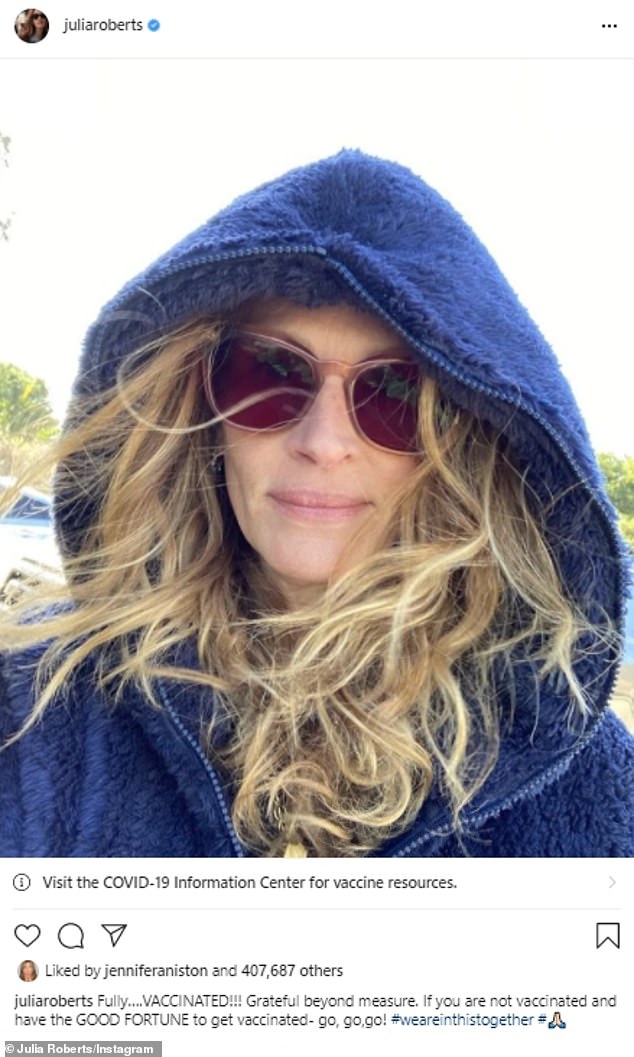 All safe: Julia Roberts let her Instagram followers know that she is finally fully vaccinated. The Pretty Woman actress, 53, shared an image where she has pink sunglasses on as well as a blue fuzzy hoodie 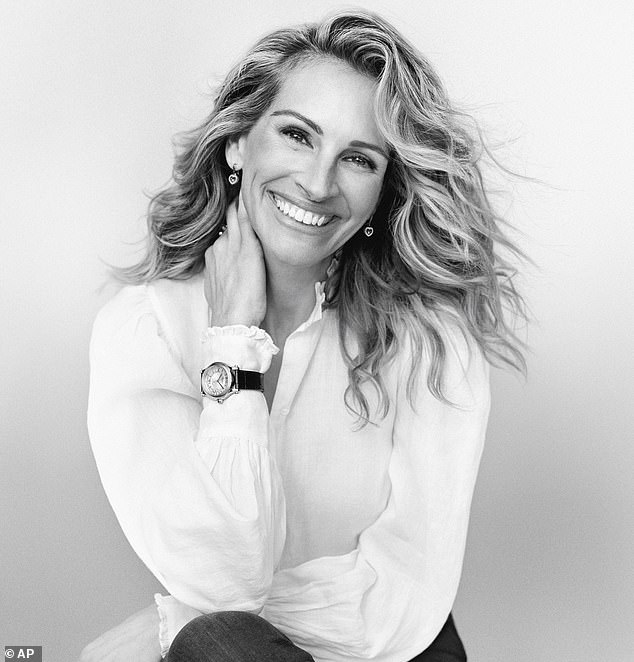 Happy lady: Roberts is the face of Breuninger ‘Happy Diamonds’ campaign. The fashion & lifestyle company has expanded its marketplace model by including luxury gems

The Oscar winning beauty said in her post, ‘Fully….VACCINATED!!! Grateful beyond measure. If you are not vaccinated and have the GOOD FORTUNE to get vaccinated- go, go,go! #weareinthistogether.’

Jennifer Aniston and Katie Holmes hit the like button.

Clooney and Roberts will co-star in Ticket to Paradise.

The pals are set to team up for Ol Parker’s upcoming romantic comedy, where they will play a divorced couple who travel to Bali to stop their daughter from getting married, Deadline reports.

Still on the A list: At Critics’ Choice Awards at Barker Hangar in 2019 in Santa Monica, California

Ted Melfi wrote the script, from an idea by Parker and Daniel Pipski and the movie is set to start filming later this year.

Meanwhile, George, 59, recently dubbed his pal Julia a ‘proper movie star’ but he finds it hard to articulate what makes an actor fall into that category. 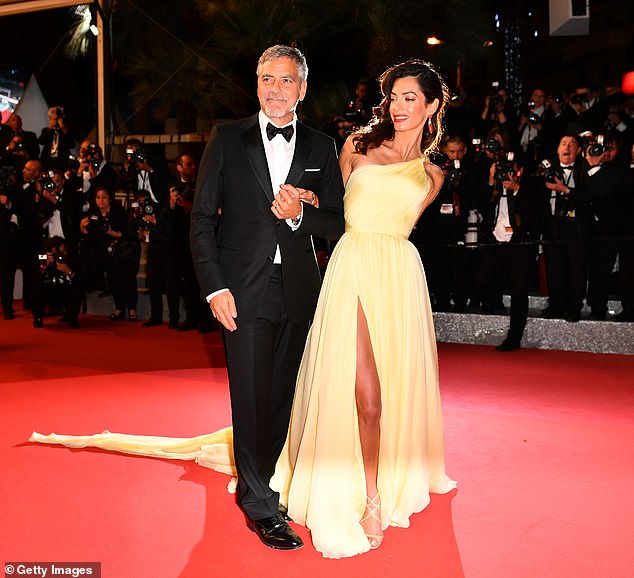 Next: This comes just before she is set to film a movie with her friend George Clooney whom she already made Ocean’s 11 and 12 with as well as Money Monster. Clooney seen with his wife Amal in 2016

‘I can comment on movie stars in general. I know a few of them and I’ve known some big ones. I was really good friends with Gregory Peck, he was a big one. Newman, there’s some other ones I’m friends with who are movie stars, proper movie stars.

‘It’s sort of that way with those stars, there’s not one specific thing, there’s something intangible about them that I see, that is impossible to describe it’s just… You watch Gary Cooper who is an interesting actor and Bogart and actors like that and you go ‘why are those guys movie stars? He doesn’t look like Cary Grant,’ but you couldn’t take your eyes off him.

‘Same thing with Spencer Tracey, you couldn’t take your eye off that guy….

‘Sandy Bullock’s a movie star, and I worked with her and I’ve known her since she wasn’t a movie star when we were both young actors and even then there was something about Sandy that you just knew she was going to be a hit.’ 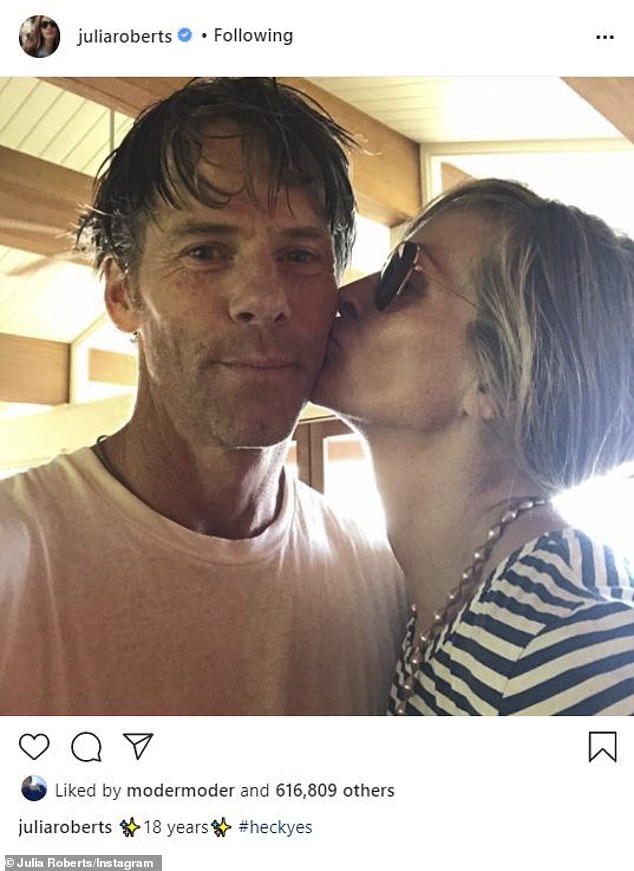 The man in her life: The Runaway Bride star is married to cinematographer Danny Moder