Fergie sweetly congratulated her ex-husband in the comments with plenty of green heart emojis shortly after the big announcement.

Josh Duhamel, 49, is engaged to girlfriend (now fiancée) Audra Mari! The When In Rome actor revealed the news with a sweet post-proposal photo on his Instagram account, posted Saturday, Jan. 8. Josh and the former Miss World America were beaming as they stood on a beach at sunset, with Josh holding up a piece of paper that read, “Audra Diane Mari, will you marry me?”

“It’s on!! She found a message in a bottle that washed ashore and said YES!!” Josh wrote in the caption for his 2.2 million followers. It turns out Josh popped the question on her 28th birthday, making the moment that much more romantic! The move comes after two years of dating: the couple were initially linked in Oct. 2019, keeping their romance fairly low profile throughout the pandemic.

Fergie, née Stacy Ann Ferguson, initially met Josh in 2004 when she and the Black Eyed Peas guest starred on his popular television show Las Vegas. The couple married in 2009, and went on to welcome one child together: son Axl Jack, now 8. Josh and Fergie sadly announced their split in Sept. 2017. 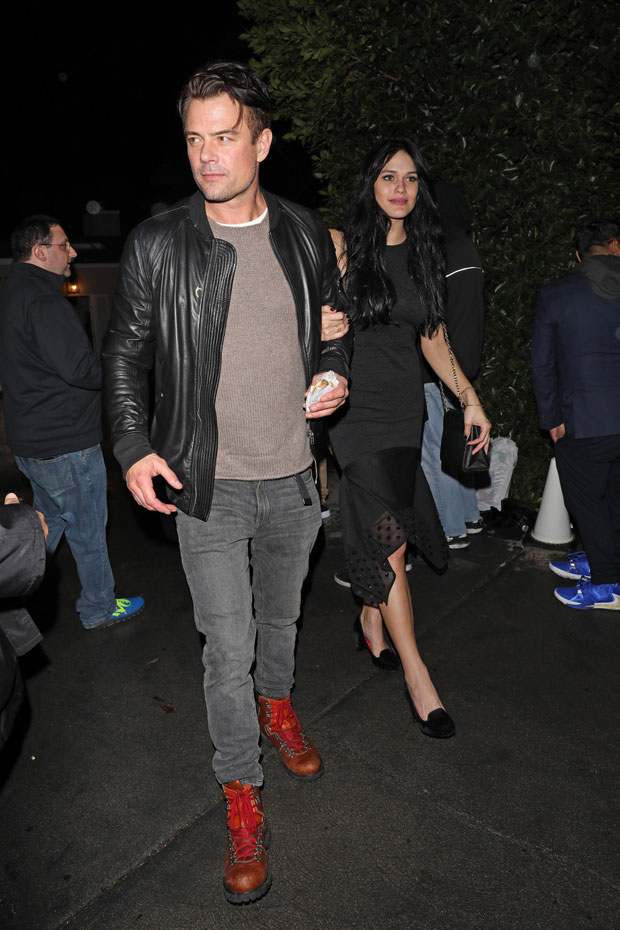 “With absolute love and respect, we decided to separate as a couple earlier this year,” they said in a statement at the time. “To give our family the best opportunity to adjust, we wanted to keep this a private matter before sharing it with the public. We are and will always be united in our support of each other and our family.” Josh and Fergie’s divorce was finalized in 2019 after a decade of marriage.

This will mark the second marriage for Josh and first for Audra, who notably dated Property Brother Jonathan Scott from 2013 to 2015. Congratulations to Josh and Audra on the happy news!