Josh Brolin apologizes for visiting his father James and stepmom Barbra Streisand during lockdown: ‘It was irresponsible’

Josh Brolin has apologized after being criticized for visiting his father during lockdown and breaking strict social distancing rules amid the coronavirus pandemic.

The Deadpool 2 actor shared a video on Friday explaining why he went to visit dad James Brolin and stepmother Barbra Streisand at their home.

The 52-year-old had brought along wife Kathryn Boyd and their one-year-old daughter Westlyn and posed for Instagram photos by the pool. 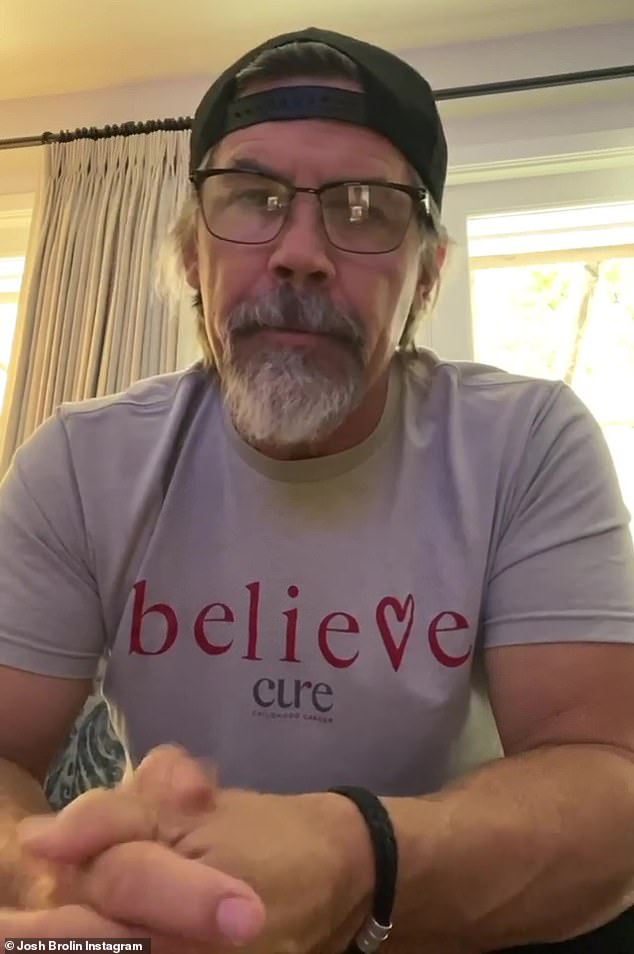 ‘I think it was irresponsible’: Josh Brolin apologized after he broke the stay at home guidelines to spend time with his father James and stepmother Barbra Streisand

‘My father lives next door to us and we had a plan to go see them and not be near them and that plan was broken and that is our responsibility,’ Josh said. ‘We were going to pick something up and show Bean the pool and I think it was irresponsible.’

‘The responses brought me back to my own truth. It’s humbling as hell, because I know there are some people out there with no masks, no gloves, no interest in it, they think it’s in your head, that you’ll survive because of immunity that is created because of your own psychic weight.

‘But I know for me that’s not the case and we’ve been very responsible and I apologize about that.’

Later on, Josh added, ‘My apologies, and I’m not an advocate of doing anything outside of taking care of each other and making sure we get through this even if we go overboard and are too protective. We’ll look back on this as being a short time for a very long term solution and a long life.’ 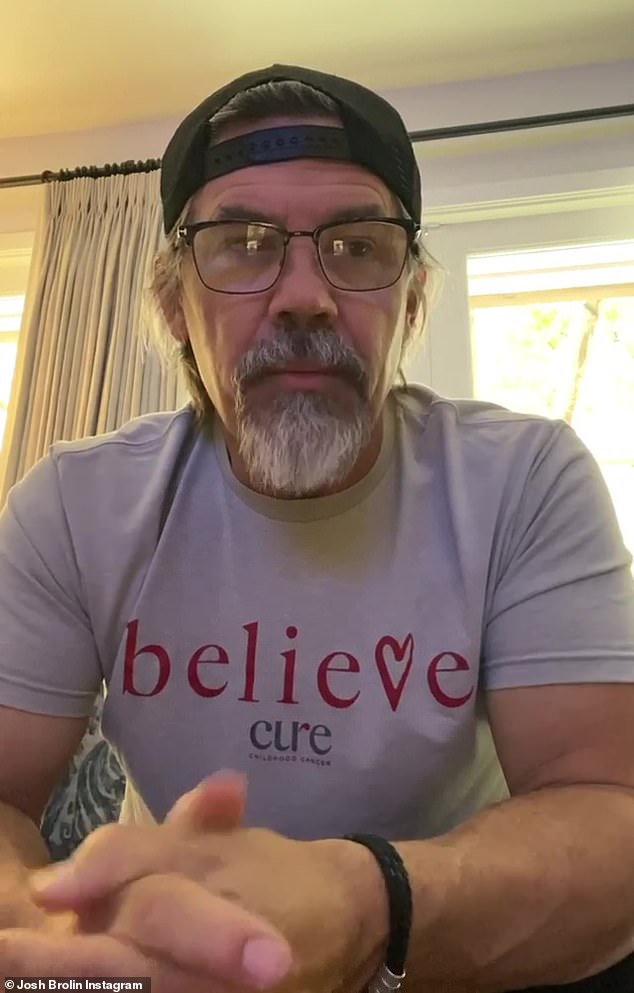 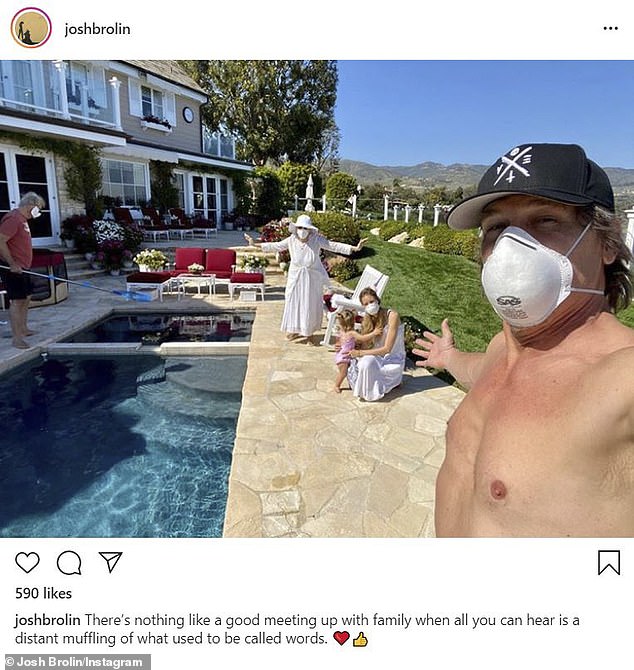 Bonding: Josh and his wife Kathryn as well as their one-year-old daughter Westlyn visited the actor’s father James and wife Barbra Streisand

In a since deleted Instagram post Josh shared on Friday, the family members were seen gathering around James and Barbra’s pool, keeping a safe distance from each other and wearing face masks.

‘There’s nothing like a good meeting up with family when all you can hear is a distant muffling of what used to be called words’ Josh joked in the caption.

But spending time together wasn’t the original plan as 77-year-old Barbra revealed the family were going to stay outside the home at first, holding up a hand made sign for the couple.

On Wednesday the singing sensation posted a photo of Kathryn holding up a poster which read ‘We [heart] you Gamma & Grampa’ while standing outside their home.

‘I just love the sign that Josh and Kathryn painted yesterday when they came to see us with our little grandchild Westlyn’. 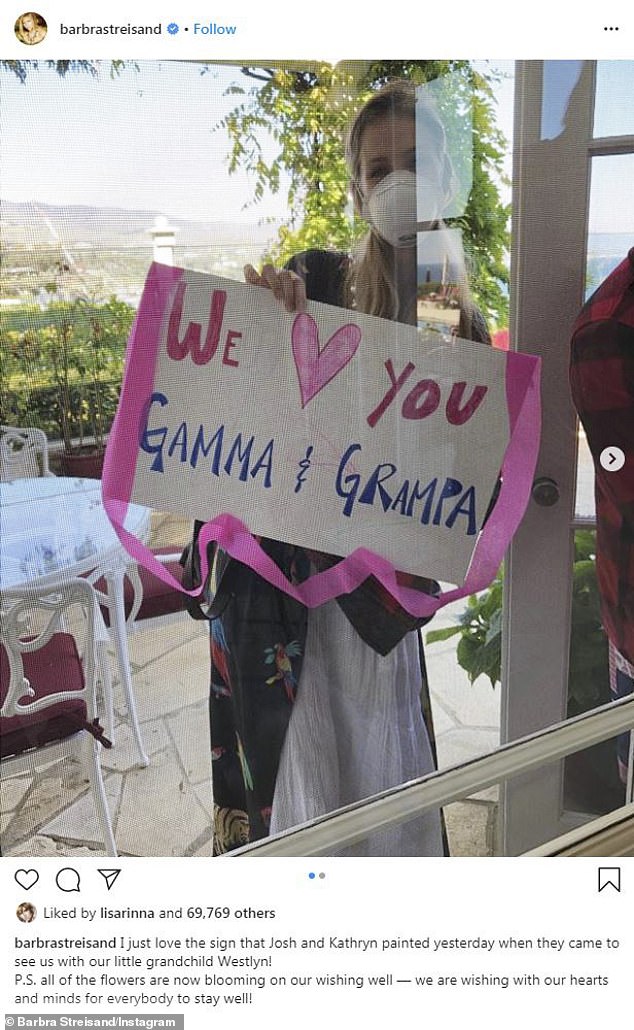 ‘WE [heart] YOU’: Barbra shared a sweet Instagram photo Thursday of Kathryn wearing a mask while standing outside one of the windows and holding up a message from Westlyn 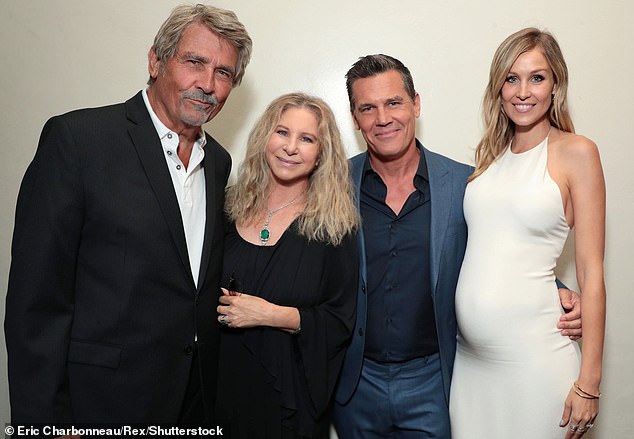 Unmasked: James, Barbra, Josh and Kathryn are pictured together during the 2018 Los Angeles premiere of the younger Brolin’s movie Sicario: Day Of The Soldado