‘I don’t know if it will be my last one’: A Place In The Sun’s Jonnie Irwin admits Christmas will be ‘tricky’ after terminal cancer diagnosis as he gushes about ‘perfect partnership’ with wife Jess

A Place In The Sun’s Jonnie Irwin has admitted Christmas will be ‘tricky’ following his terminal cancer diagnosis.

The presenter, 49, was given just six months to live when he was diagnosed with stage four lung cancer, which has spread to his brain, in August 2020, and publicly shared his prognosis earlier this month.

He also gushed about his ‘perfect partnership’ with wife Jess Holmes, whom he married within just a year of meeting in 2016. 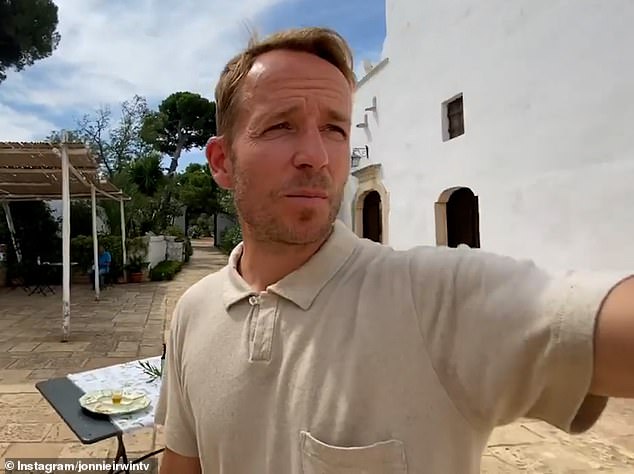 Tragic: A Place In The Sun’s Jonnie Irwin has admitted Christmas will be ‘tricky’ after his terminal cancer diagnosis while gushing about his ‘perfect partnership’ with wife Jess

With just days to go until December, he told The Sun: ‘I’d be lying if I didn’t say that Christmas will be tricky. I’m not saying this will be my last one because I don’t know for certain.

‘I want to be here as long as I can but it could be. And I want to enjoy it and just spend time with Jess and the kids.’

The couple – who share son Rex, three, and twin boys Rafa and Cormac, 18 months, tied the knot within 12 months of meeting after Jonnie convinced his new love to hand in her notice at work and go travelling with him. 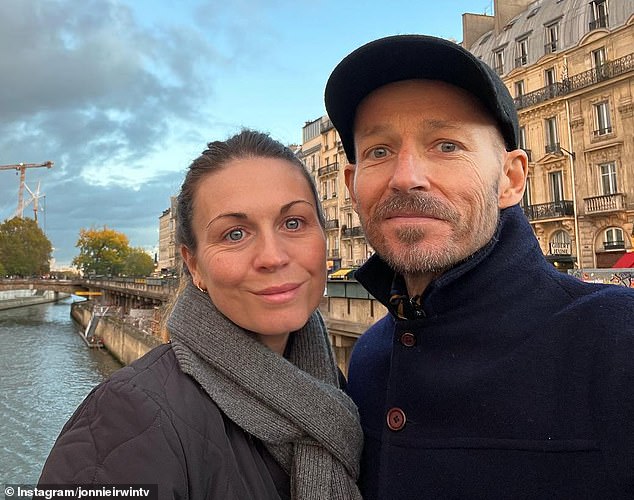 Couple: The couple tied the knot within 12 months of meeting in 2016 after Jonnie convinced his new love to hand in her notice at work and go travelling with him

He said: ‘I asked Jess to marry me because not only is she very pretty but classically so, but she was fun. That’s not to say anyone else I’ve dated ‘wasn’t fun, but she was just on my wavelength. She has a great spirit of adventure and we didn’t have one argument until the kids came along, and all parents fall out don’t they?’

Jonnie recently revealed he’s been ‘showered with love’ by fans since he revealed he was axed from Channel 4’s A Place In The Sun following his cancer diagnosis.

The TV host admitted he ‘had no idea how much people liked what he did’ on the series, until he was flooded with supportive comments and messages from fans offering their sympathies. 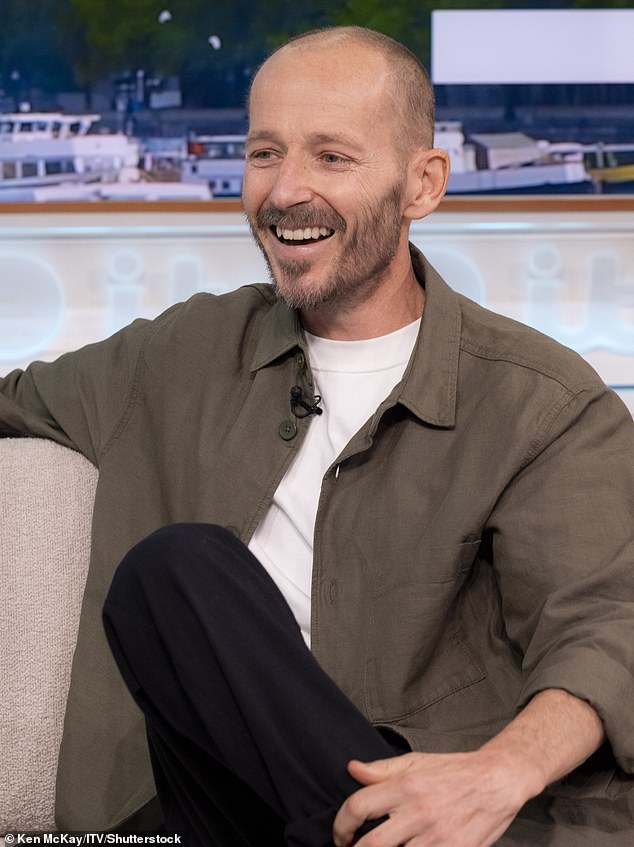 Reflecting: Jonnie recently revealed he’s been ‘showered with love’ by fans since he revealed he was axed from Channel 4 ‘s A Place In The Sun following his cancer diagnosis

He told The Sun: ‘I’ve had messages from people all over the world, wishing me well. Thousands of people have left me heart-warming comments on Instagram and I promise I will try to read them all.

‘They range from practical, scientific advice to ones from very religious people. There are thousands and thousands of them on my social media platforms and it’s been great.

‘I’ve not hidden away but I’m not bothered about the limelight. I had no idea how much people really liked what I did and I know that now.’ 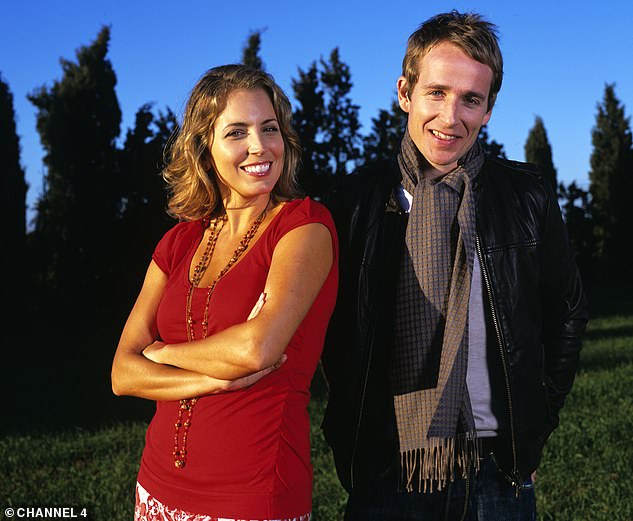 Kind: The presenter (pictured with Jasmine Harman) had ‘no idea how much people liked what he did’ when he was flooded with messages, after revealing he was axed from the show

In an interview on Wednesday, Jonny revealed that after sharing his cancer diagnosis with A Place In The Sun bosses, his contract was not renewed, with Jonnie admitting the decision ‘broke my heart.’

Bosses expressed their sympathies to him in a statement on Thursday, while clarifying why they were unable to renew his contract following his cancer diagnosis.

Free Form Productions, who make the programme, said they were ‘unable to secure adequate insurance cover’ for him to continue international filming amid the Covid-19 crisis and said they understood his ‘frustration’ at the decision. 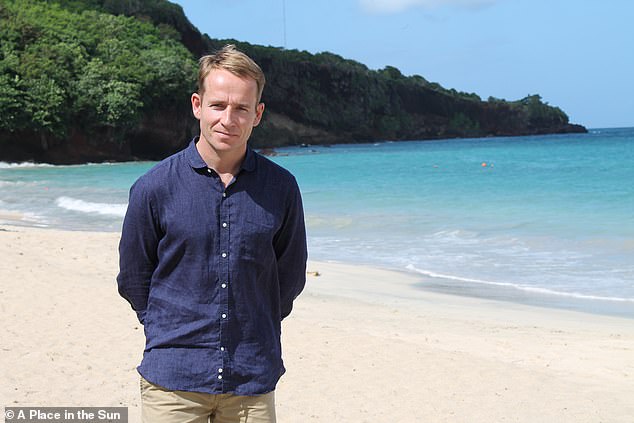 Clarification: After Jonnie shared that that he was axed following his diagnosis, bosses expressed their sympathies and clarified why they were unable to renew his contract

A statement released to MailOnline read: ‘Jonnie has been a hugely important part of the A Place In The Sun family for over 18 years and all of us were deeply saddened by his diagnosis.

‘Much loved by everyone on the production, no stone was left unturned in trying to enable Jonnie to continue his international filming with us during Covid but the production company were unable to secure adequate insurance cover for him.

‘Whilst we were unable to continue to film abroad with him, we’re delighted that he was able to remain as part of our team in the UK for exhibitions. We of course understand how frustrating this must be for him at this incredibly difficult time.

The former estate agent’s TV career began in 2004 when he was selected from hundreds of applicants to co-present A Place in the Sun with Jasmine Harman.

He was the programme’s longest-serving presenter, alongside Jasmine, who is still with the show.

In 2010, he won more fans by becoming a regular host of Escape to the Country, and he has continued filming for the show since his diagnosis and throughout treatment. 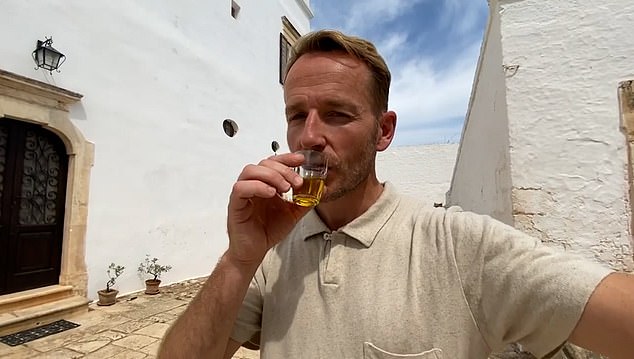 Trip: Earlier this month, MailOnline unearthed footage of Jonnie sipping Puglian olive oil on his last trip for A Place in the Sun in 2020, before he discovered he had terminal cancer

Addressing his axe on Thursday’s episode of Good Morning Britain, he said: ‘When I was told I couldn’t do it they broke my heart, but I don’t think they thought of me. I’ve been bowled over by some people and the desire to help me and my family.

‘Not working on A Place In The Sun any more has affected my mental health. I’m a family man now but being a TV presenter defines you and not being able to travel and provide for my family.’

He added in a chat with The Sun: ‘Within two weeks someone else was on TV doing my job, I just feel I earned a bit more from them after 18 years. That was my first job in TV and it was special to me.’

Jonnie’s diagnosis came when he was filming Channel 4’s A Place In The Sun in Italy in 2020, after he had experienced blurred vision while driving.

Within a week of flying home, doctors told him he was terminally ill and had just six months to live, though cancer drugs and chemotherapy have helped prolong his life. 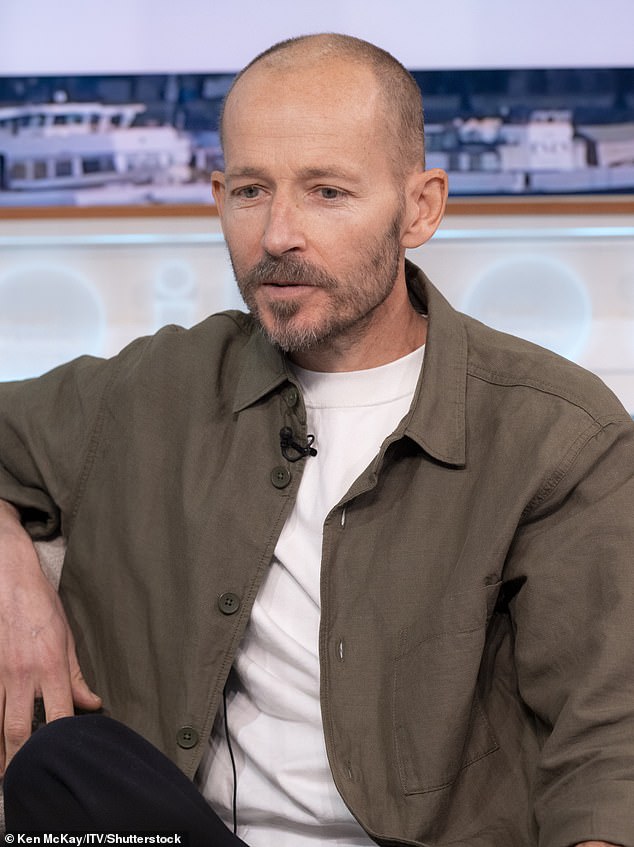 Heartbreaking: Appearing on Thursday’s Good Morning Britain, Jonnie revealed he’s ‘making memories’ for his children as they won’t be able to remember him once he dies

Earlier this month, MailOnline unearthed footage of Jonnie sipping Puglian olive oil on his last trip for A Place In The Sun in 2020, before he discovered he had terminal cancer. The episode was never broadcast.

During an appearance on GMB, Jonnie revealed his focus at the moment is ‘making memories’ for his children – son Rex, three, and two-year-old twins Rafa and Cormac – because he fears they won’t remember him after he dies.

He explained: ‘I’m about making memories, I know my children are so young they won’t remember me.

‘I want to at least get it on camera or film to show them the early days were brilliant. I think our house for Christmas will be extravagant.’ 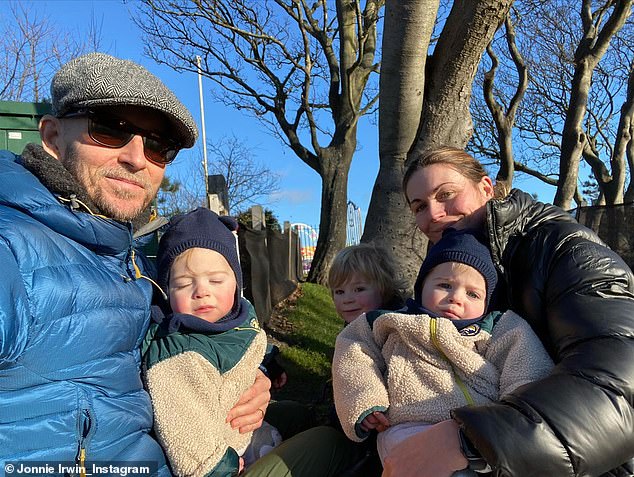 Family: He has son Rex, three, and two-year-old twins Rafa and Cormac with his wife Jessica Holmes but has just months to live as he battles cancer

He also detailed the struggles he and his wife have faced in handling his diagnosis around their children, saying: ‘It’s only been recently I’ve considered when we are going to tell them, they are so young.

‘At the moment I’m me, a thinner version, there’s no need to tell them. I think it’ll be a lot for them to get their heads round.

‘I try my best to put my head in the sand because what’s the point spending your days thinking about cancer when there’s gas bills to worry about. The cost of living is a concern because I won’t witness it, but my family will.’

He continued: ‘I was in fear of what’s happened to some extent, when people find out you have cancer it’s terrifying and I lose work through it, professionally I didn’t want to lose work, people treat you differently.

‘If I withheld that information, I could have lived a normal life. There are certain busy bodies on social media saying I look ill.’

Sharing his diagnosis, he told Hello: ‘I’m carrying a dirty secret – it’s become a monkey on my back. I don’t know how long I have left, but I try to stay positive and my attitude is that I’m living with cancer, not dying from it.

‘I set little markers – things I want to be around for. I got into the habit of saying, ‘Don’t plan ahead because I might not be well enough’. 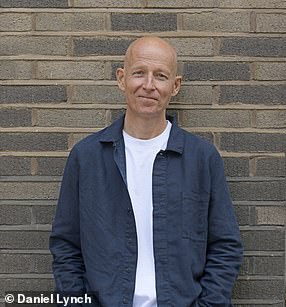