‘It’s been a hell of a week’: A Place In The Sun star Jonnie Irwin, 48, enjoys trip to Paris with wife Jessica – after revealing he has months to live due to cancer diagnosis

A Place In The Sun star Jonnie Irwin has jetted off to Paris with his wife Jessica Holmes following his heartbreaking revelation that he has terminal cancer.

The presenter, 48, confessed to fans in an Instagram post on Friday that he has found the past week surreal after talking about his diagnosis.

In a post on his Instagram page Jonny also admitted he was bowled over by the messages he’s received. 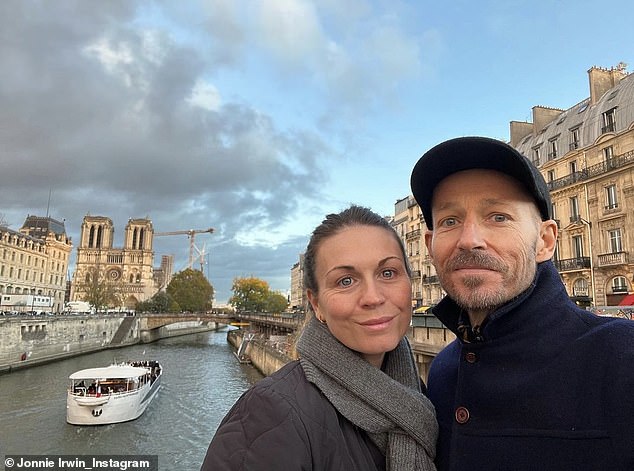 Holiday: A Place In The Sun star Jonnie Irwin has jetted off to Paris with his wife Jessica Holmes following his heartbreaking revelation that he has terminal cancer

He told his followers: ‘Been a hell of a week. I’m bowled over by the lovely messages thank you all so much. As touching as it’s been, I’ve also found it quite surreal almost like we’re talking about some else.’

Paying tribute to his loving wife Jessica Holmes, Jonnie wrote: ‘By my side throughout this is my wife so thought I’d take us to Paris for the weekend. 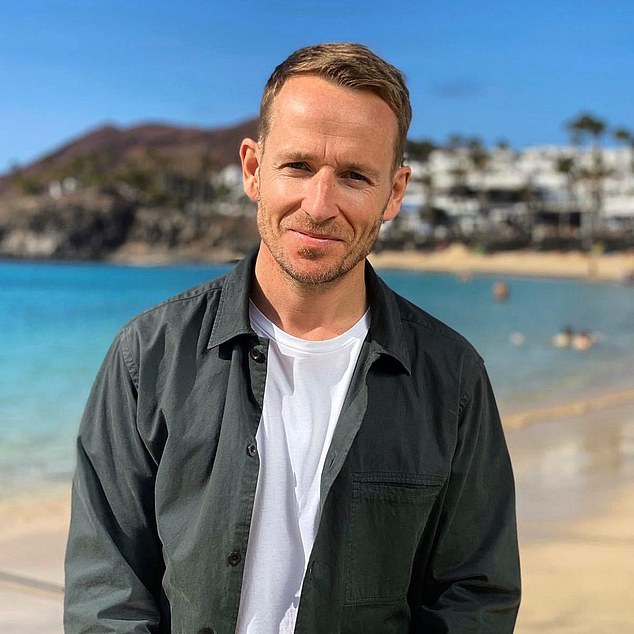 Tough: The presenter, 48, confessed to fans in an Instagram post on Friday that he has found the past week surreal after talking about his diagnosis

The couple were pictured by Notre Dame Cathedral as they looked down the camera lens against the backdrop of the Seine.

Jonnie has been diagnosed with lung cancer which has spread to his brain.

The Escape to the Country presenter revealed that he has secretly been battling the terminal disease and was given six months to live two years ago.

As a married father of three children – son Rex, three, and two-year-old twins Rafa and Cormac – he said he hoped sharing his diagnosis would inspire others to ‘make the most of every day’. 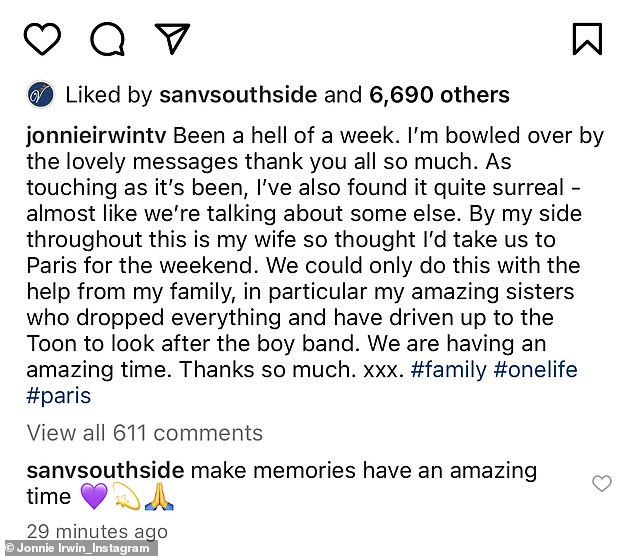 Kind: In a post on his Instagram page Jonny also admitted he was bowled over by the messages he’s received

The former estate agent’s TV career began in 2004 when he was selected from hundreds of applicants to co-present Channel 4’s A Place in the Sun with Jasmine Harman.

In 2010 he won more fans by becoming a regular host of Escape to the Country on BBC1.

Last week he revealed he has been fighting lung cancer that had tragically spread to his brain.

He told Hello magazine: ‘I’m carrying a dirty secret – it’s become a monkey on my back. I don’t know how long I have left, but I try to stay positive and my attitude is that I’m living with cancer, not dying from it. I set little markers – things I want to be around for. I got into the habit of saying, ‘Don’t plan ahead because I might not be well enough’. 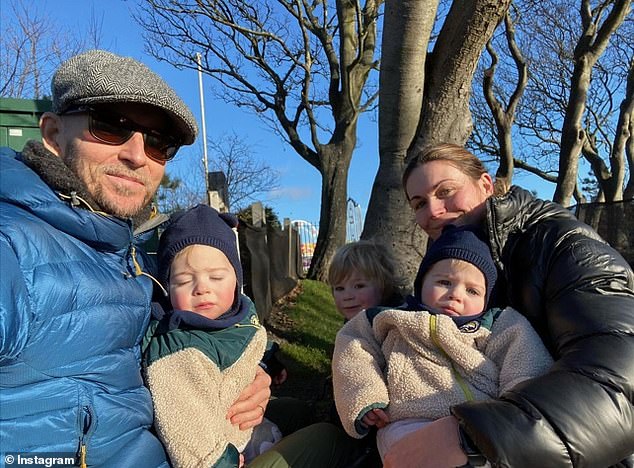 Private battle: Jonnie, who shares three-year-old son Rex and two-year-old twins Rafa and Cormac with his wife Jessica, said last week he had chosen to keep his illness private until now

Jonnie was diagnosed with cancer while filming Channel 4’s A Place In The Sun in Italy in 2020. He had been driving when his vision became blurred and doctors at home discovered he was terminally ill. Cancer drugs and chemotherapy have helped prolong his life.

The Leicestershire-born presenter is being supported by his wife Jessica, 40. He said: ‘Within a week of flying back from filming, I was being given six months to live. I had to go home and tell my wife, who was looking after our babies, that she was on her own pretty much. That was devastating. All I could do was apologise to her. I felt so responsible.’ 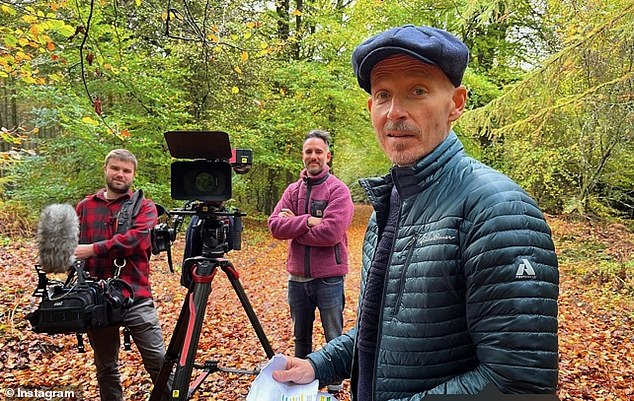 Journey: The TV star who presents Channel 4’s A Place In The Sun and the BBC’s Escape To The Country, revealed his lung cancer had spread to his brain. He has been trying to work while secretly having chemotherapy

The couple live with their three children in Newcastle, having moved there from Hertfordshire in 2020.

Jonnie said he had chosen to keep his illness private until now. His case is reminiscent of Dame Deborah James’ battle with bowel cancer, which she chose to make public to raise awareness and funds for research.

He said: ‘I might inspire people who are living with life-limiting prospects to make the most of every day, to help them see that you can live a positive life, even though you are dying. One day, this is going to catch up with me, but I’m doing everything I can to hold that day off for as long as possible. 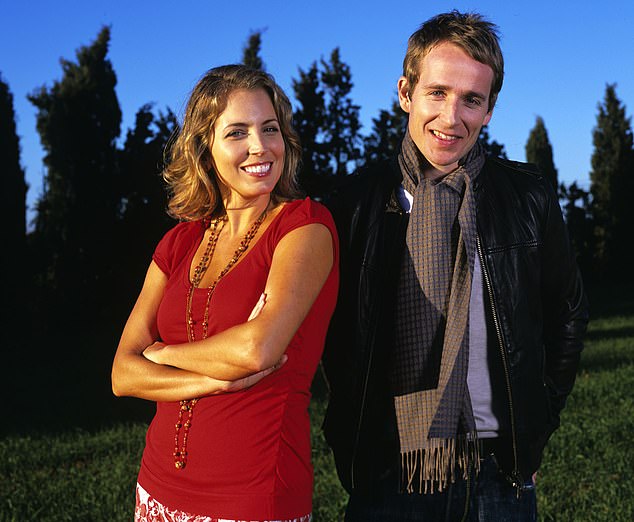 Career: Jonnie (pictured with Jasmine Harman in 2004), presents Channel 4 ‘s A Place In The Sun and the BBC ‘s Escape To The Country

‘I owe that to Jess and our boys. Some people in my position have bucket lists, but I just want us to do as much as we can as a family.’

He has also urged people to get life insurance, which he finally decided to do when his twins were born.

He told Hello: ‘That has helped so much and when I leave this planet, I’ll do so knowing Jess and the boys are in a house that is fully paid off and there’s a bit of money in the bank for them to live off.’ 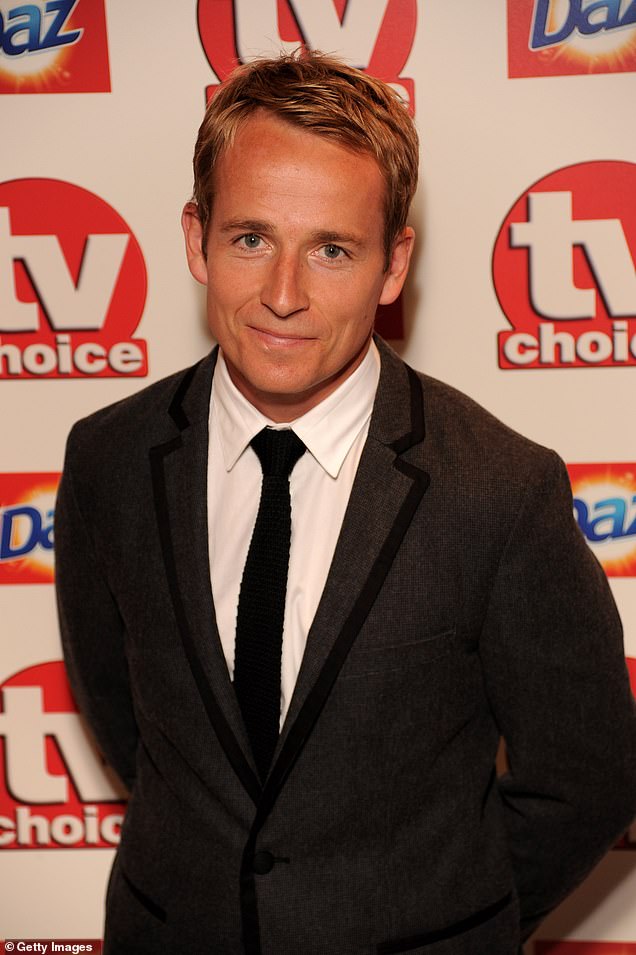 Shock: Irwin, pictured here in 2010 at the TV Choice Awards, said he got the first warning signs about his disease in 2020

Jonnie appeared on A Place In the Sun from 2004 until last year and was its longest serving presenter, alongside co-star Jasmine Harman, who is still with the show.

The Channel 4 series has lasted for 462 episodes since first airing on British screens in September 2000 and still rakes in some 472,000 viewers a week, according to recent figures.

He first appeared on Escape to the Country in 2010.

Jonnie’s social media was inundated with well wishes and messages of support in the wake of the news. 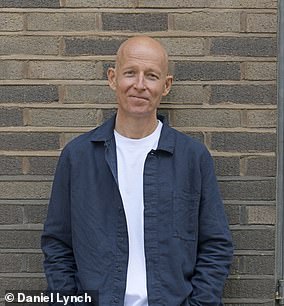