Honey Kinny did not shy away in her latest Instagram post as she posted an image with her boyfriend’s hand seemingly down her skirt.

In the image, which Honey, 24, shared with her Instagram followers, she teased her midriff in a baby blue and white floral crop top and skirt co-ord.

The body image activist appears to be pictured lying down with her boyfriend’s hand down her skirt in the raunchy photo opportunity. 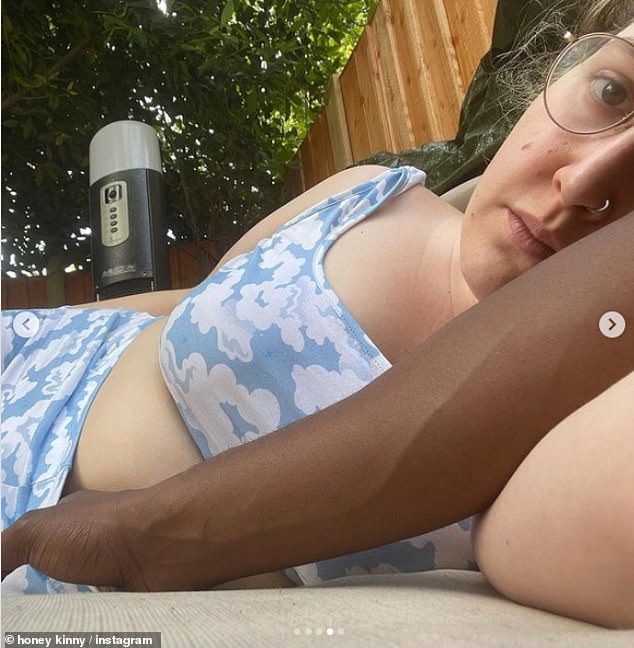 Cheeky: 24-year-old Honey Kinny teased her midriff in a baby blue and white floral co-ord as she was pictured with her boyfriend’s hand down her skirt

Honey is rumoured to be dating Zane Saz, a budding musician and business developer.

In the image, Honey models a pair of her trademark oversized glasses, whilst accessorising with a thin gold nose ring on her left side.

She also went au naturel for the cheeky picture, sporting a relaxed expression as she looks at the camera.

The Body Protest podcast presenter also uploaded a selfie to the platform, showcasing her stunning smoulder to her fans. 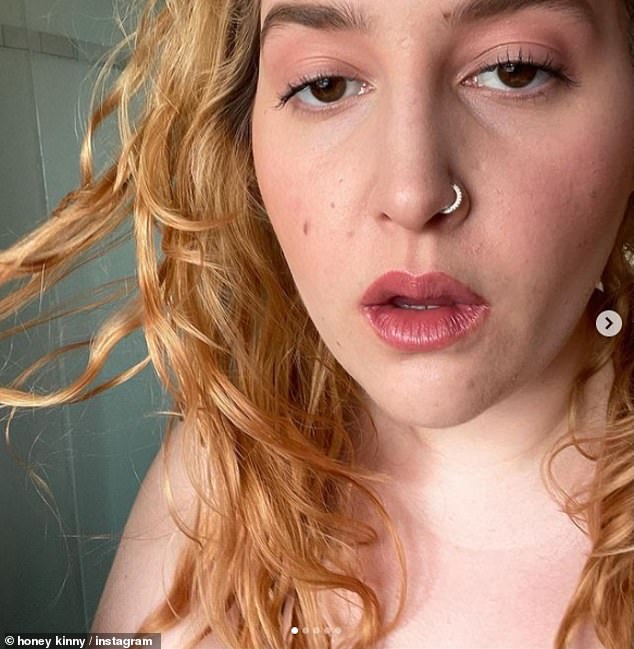 Smoulder: The Sunday Times columnist wore a natural palette of makeup, highlighting her full pout with a slick of pink lipstick and blusher

The Sunday Times wellbeing columnist wore a natural palette of makeup, highlighting her full pout with a slick of pink lipstick and blusher.

She accentuated her naturally long eyelashes with a touch of mascara.

Zane posted a photo of him and Kinny to his Instagram two weeks ago, where they were pictured together at The Fat Duck restaurant – Heston Blumenthal’s three-time Michelin star awarded venue. 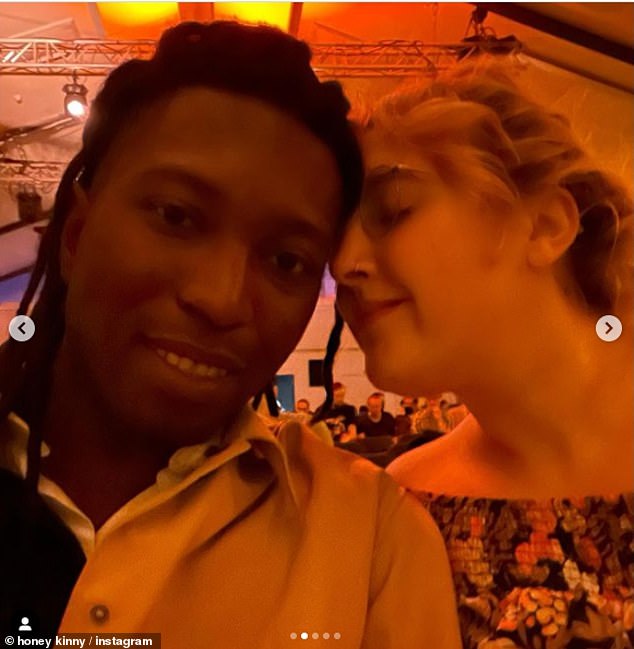 Sweet: Honey is rumoured to be dating Zane Saz, a budding musician and business developer

The pair were cosied up together smiling with a glass of wine in hand, while Zane amusingly held up a ‘Vulcan salute,’ a hand gesture popularised by the 1960s TV series Star Trek.

She explained that men would frequently try to chat her up on social media, but would never do the same offline.

‘Strangers and mutuals alike are privately trying to get my attention. But note the word “privately”: most of these men who message and follow me would never publicly like or comment on my pictures.’

She believed that being attracted to someone who’s ‘fat’ is still seen as taboo – branding men’s desire for larger bodies as ‘their dirty secret’.