Jonah Hill showed he was serious about his new girlfriend Sarah Brady when he posted a photo of her to his Instagram account on Thursday for the first time.

The 37-year-old Superbad star beamed and showed off his bushy beard as he posed with Sarah in a photo snapped at a restaurant.

‘Grateful for you @sarahhbrady,’ he gushed in the caption while adding several lovestruck emojis. 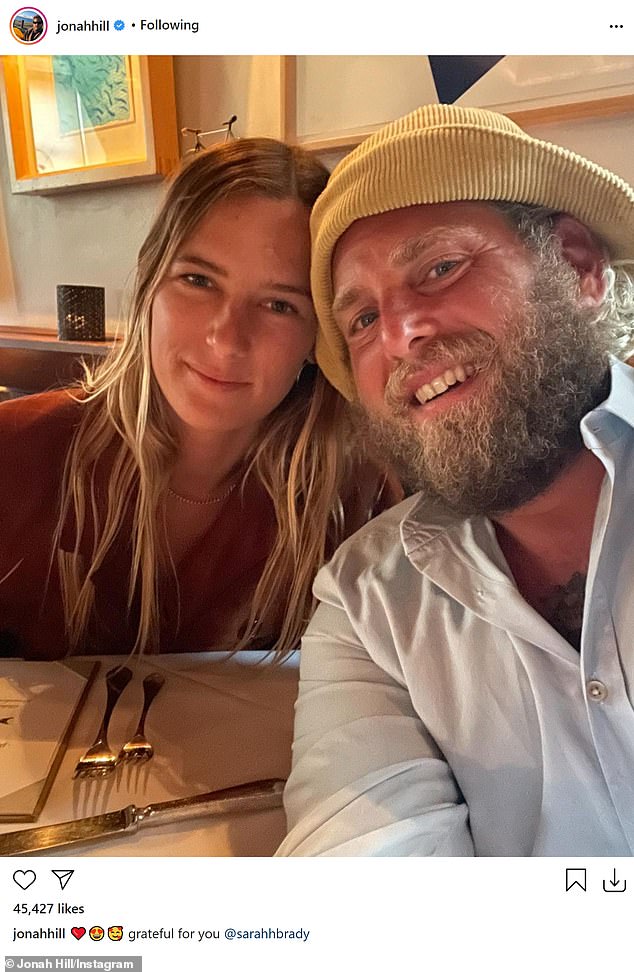 It’s official! Jonah Hill, 37, went Instagram official with his girlfriend Sarah Brady, 24, on Thursday. Grateful for you @sarahhbrady,’ he captioned a photo of the two at dinner

Sarah, 24, lists herself as a 2021 graduate of UC San Diego where she studied the ‘Anthropology of Climate Change and Human Solutions,’ according to her website.

Although Thursday was the first time Jonah appeared to have referenced Sarah publicly on his social media accounts, he’s been a regular fixture on her Instagram account for weeks.

Earlier this week, she shared pictures and video of the two enjoying a day at the beach. 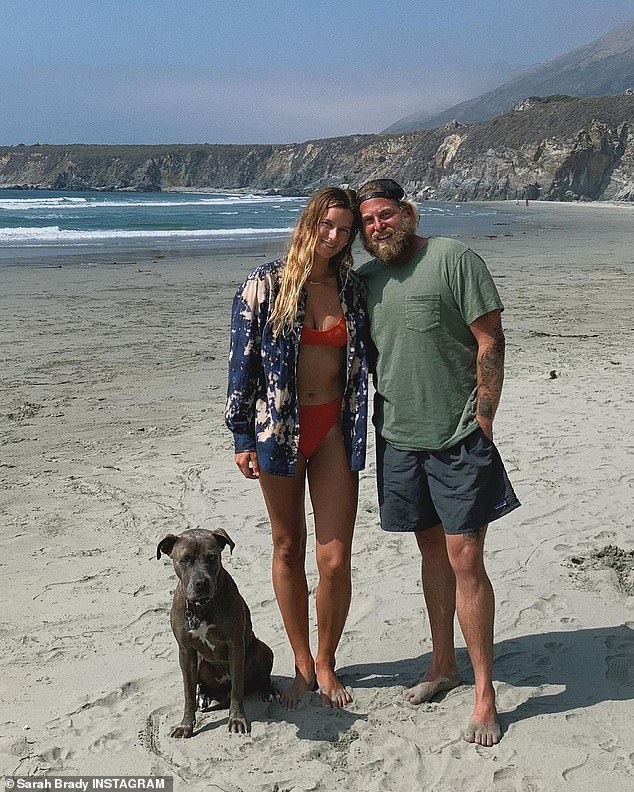 New grad: Sarah, 24, lists herself as a 2021 graduate of UC San Diego where she studied the ‘Anthropology of Climate Change and Human Solutions,’ according to her website 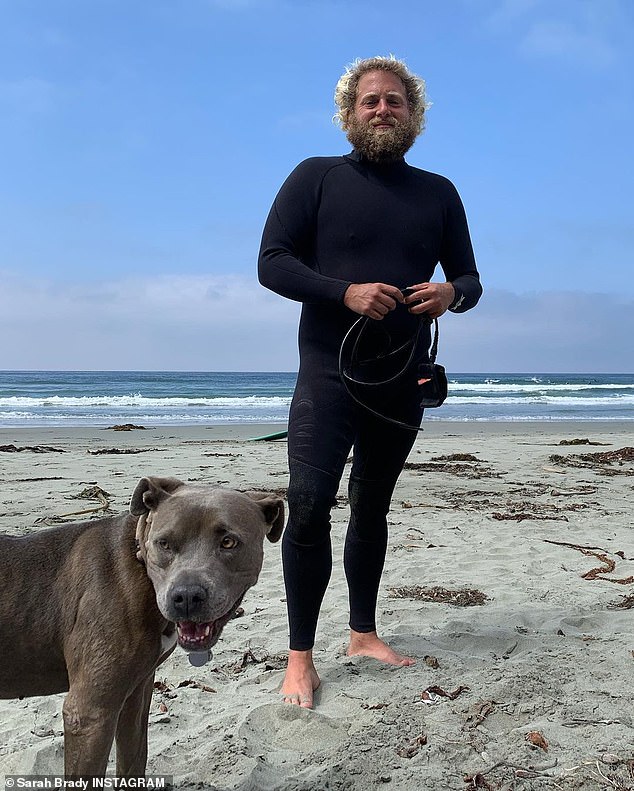 Taking the plunge: Jonah has appeared on her account in recent weeks, and the two have been seen enjoying trips to the beach and surfing

Jonah even changed into a black wetsuit to try to catch some waves on his surfboard.

‘Had a beautiful weekend with my person. Grateful for each and every day with you @jonahhill,’ Sarah captioned another photo of the lovebirds posing next to each other while wearing matching wetsuits.

The photo that the Don’t Look Up actor posted on Thursday was previously shared almost a month earlier in Sarah’s Instagram Stories.

In August, the couple were spotted doing some RV shopping in Los Angeles.

Jonah was previously linked to his fiancée Gianna Santos, but it was reported in October of 2020 that they had called off their engagement.

He and the stylist were first rumored to be dating in August 2018, and the comic star purchased a $6.77 million home for the two shortly before they got engaged in September 2019. 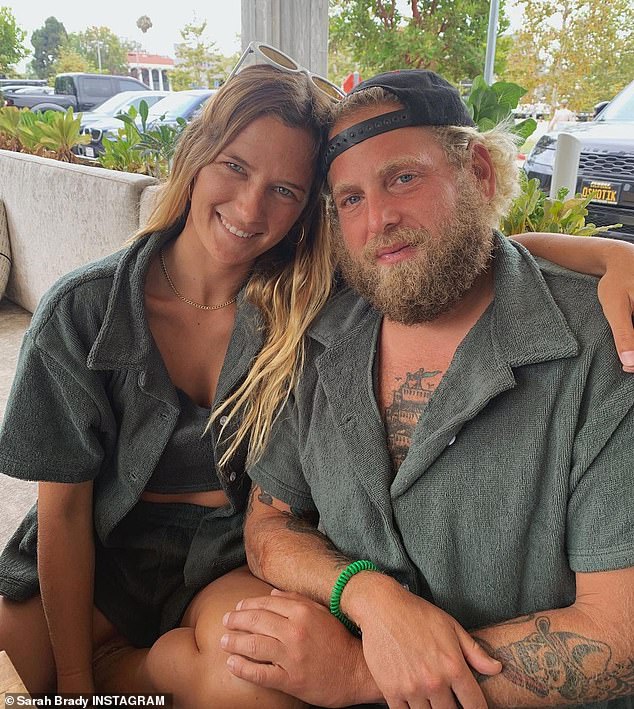 New love: Jonah was previously linked to his fiancée Gianna Santos, but it was reported in October of 2020 that they had called off their engagement

Jonah’s next major project is the Adam McKay–directed comedy Don’t Look Up.

The film stars Leonardo DiCaprio and Jennifer Lawrence as a pair of astronomers who discover a comet that could end life on Earth is hurtling toward the planet.

Little has been revealed about his character, but Jonah appears to be playing Jason Orlean, the son and an advisor to President Janie Orlean, played by Meryl Streep.

In the trailer, released Wednesday, he can be seen laughing of DiCaprio and Lawrence’s warnings about the apocalyptic event.

‘Drought, famine, hole in the ozone … it’s so boring,’ he says, lamenting all the previous warnings given at the Oval Office.

On Wednesday, Jonah wrote that he wasn’t allowed to say much about his character, but called creating his character ‘the grossest blast I’ve ever had’ and compared him to disgraced Fyre Festival founder and convicted fraudster Billy McFarland.

‘I thought, what if Fyre Festival was a person and that person had power in the White House,’ he joked.

Coming soon: Jonah’s next major project is the Adam McKay–directed comedy Don’t Look Up, which released its trailer on Wednesday