Johnny Brown, the actor who made a name for himself as Nathan Bookman on the classic sitcom Good Times, has died. 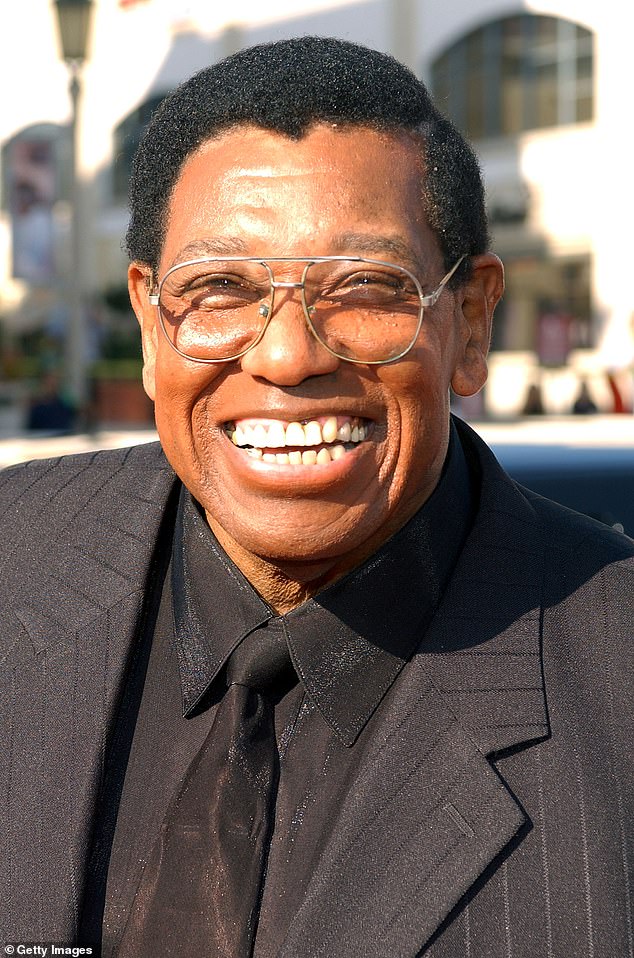 Rest in peace: Johnny Brown, the actor who made a name for himself as Nathan Bookman on the classic sitcom Good Times, has died

‘Barely able to breathe. We respectfully ask for privacy at this time because we need a minute to process the unthinkable.’

She asked for privacy as the family takes times to ‘process the unthinkable.’

Brown continued, ‘It’s too terrible. It will never not be. It’s a shock. He was literally snatched out of our lives. It’s not real for us yet. So there will be more to say but not now. Dad was the absolute best. We love him so very much.’ 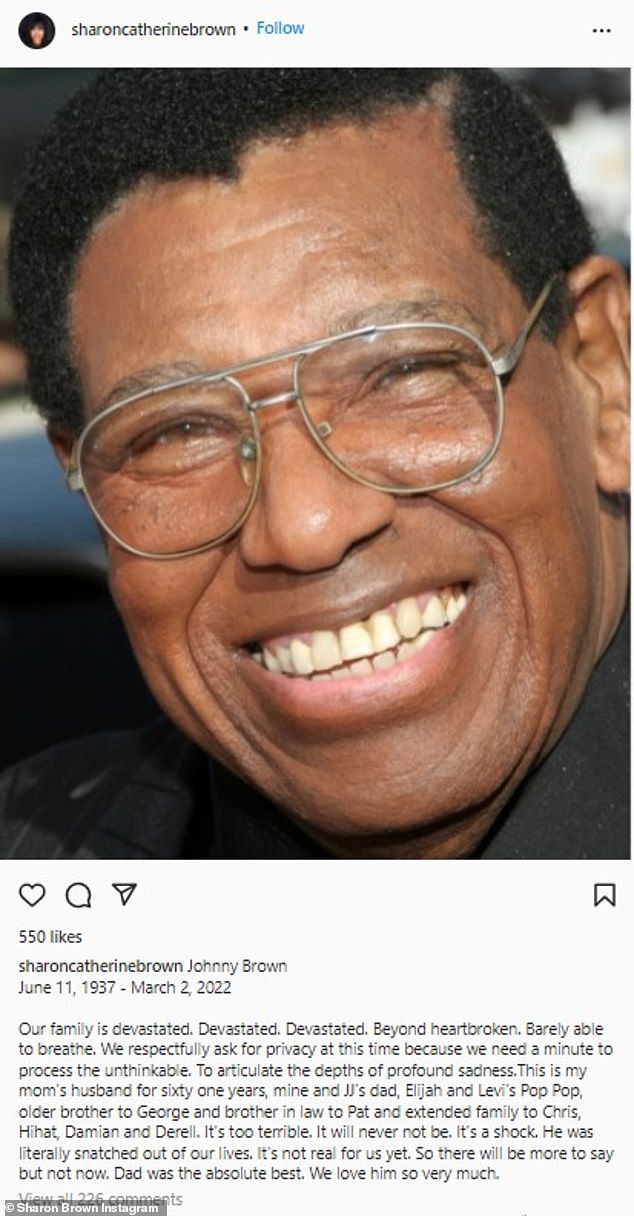 Announcement: Johnny’s daughter Sharon asked for privacy as the family takes times to ‘process the unthinkable’ 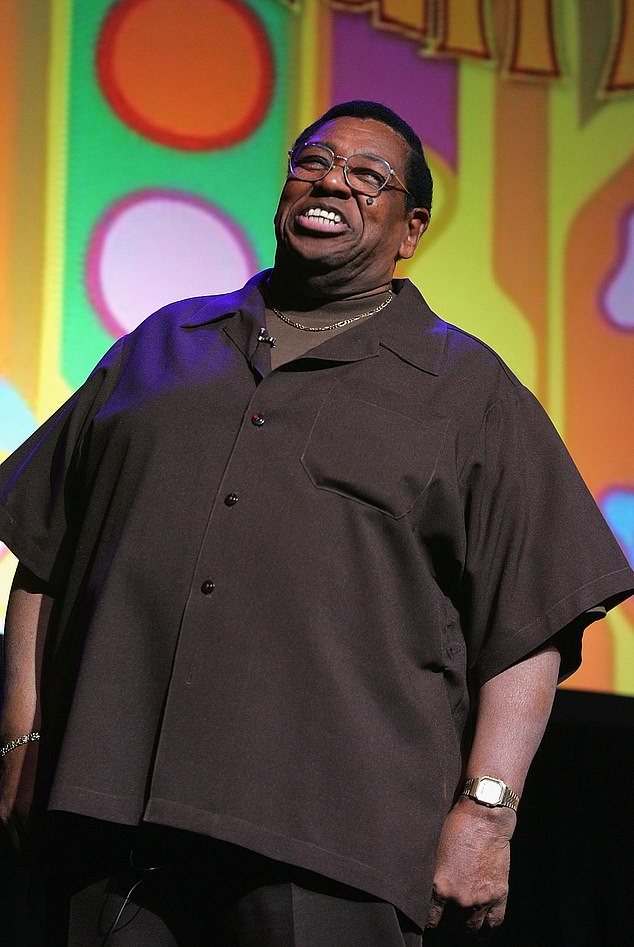 Sad news: The actor’s daughter Sharon Catherine Brown announced the news on her Instagram account on Friday; pictured in Connecticut in 2006

In addition to starring on Good Times Johnny was a musician who appeared on Broadway and was a regular on the show Rowan & Martin’s Laugh-In.

That appearance was a double-edged sword, as his contractual commitments to the show prevented him from taking the role of Red Foxx’s son on

The legendary entertainer was born in St. Petersburg, Florida and grew up in Harlem, New York.

Aside from his daughter, Johnny is also survived by his wife of 61 years, June, their son Johnny Jr., or ‘JJ,’ a younger brother names George and brother-in-law named Pat. 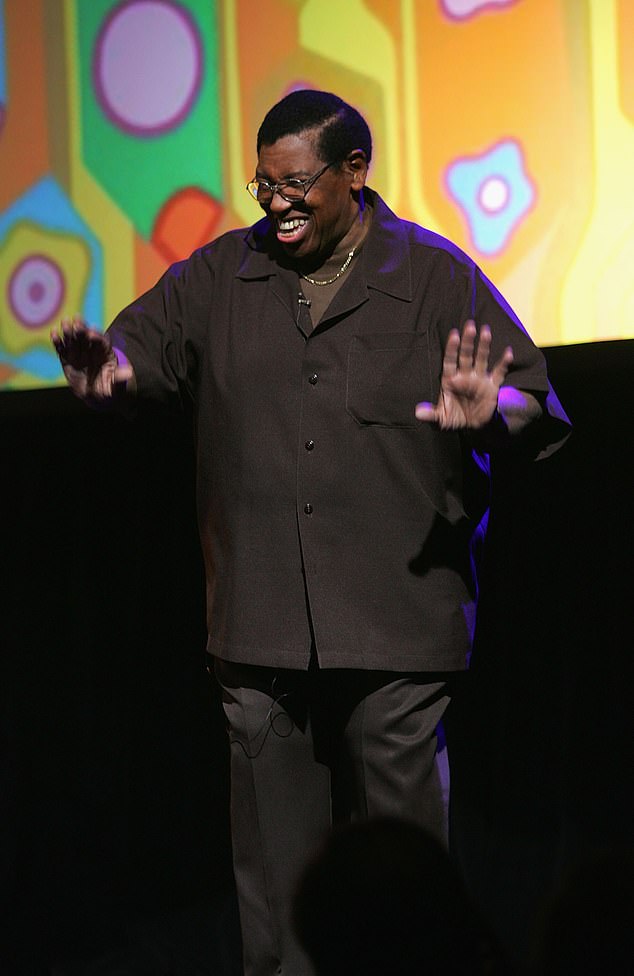 His final day: The actor passed away on March 2 and no cause of death was shared; pictured in Connecticut in 2006

Brown’s career kicked off when he won an amateur night at The Apollo.

Brown was a mentee to Sammy David Jr., which led him to a role on Broadway as Ronnie in Golden Boy.

In 1966 Brown filmed the drama A Man Called Adam. 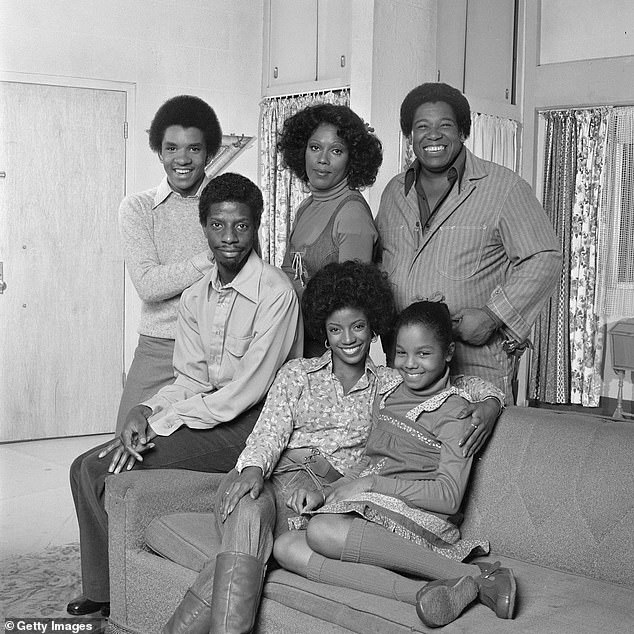 His most famous role: Brown was best known for his role on Good Times in the late ’70s

He later made his way back to Broadway in 1968 where he starred in Carry Me Back to Morningside Heights, which was directed by Sidney Poitier, who also recently passed away.

A role as a waiter on a train in The Out of Towners led to a gig on The Leslie Uggams Show. 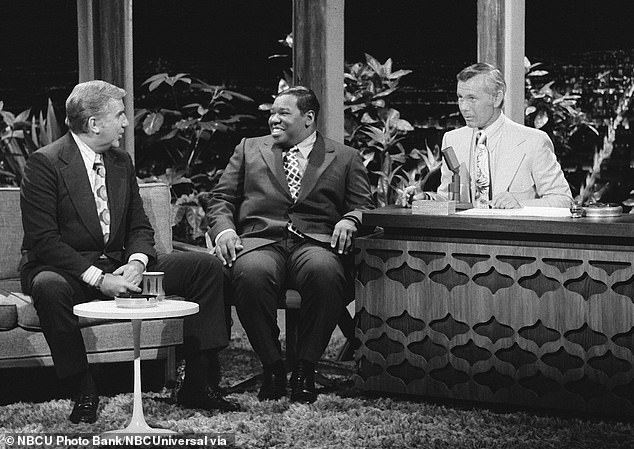 Heyday: Johnny was a guest on The Tonight Show Starring Johnny Carson in 1971; seen with announcer Ed McMahon