John Stamos, 56, is a proud family man as he shares image with son Billy, two, and wife Caitlin, 34: ‘Fatherhood is the best thing to ever happen to me’

He welcomed his first child, a son, in April 2018, with wife Caitlin McHugh Stamos, 34, and named him Billy after his late father.

The 56-year-old actor took to social media on Monday to pose with his two-year-old for a sweet photo, while revealing fatherhood was the greatest thing to ever happen to him. 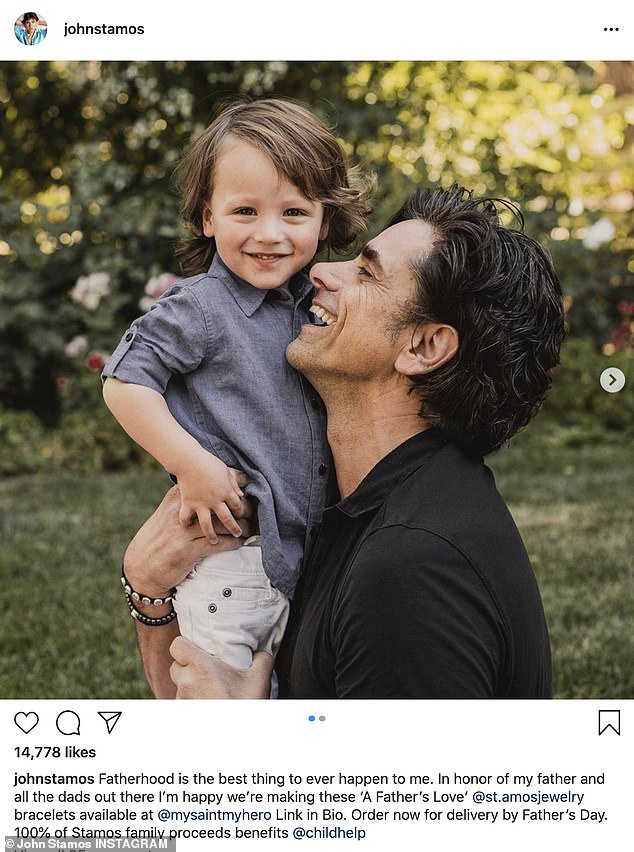 Father son: John Stamos proved he was a doting dad when he shared a series of photos with his two-year-old son, Billy, on social media on Monday morning

‘Fatherhood is the best thing to ever happen to me,’ he began the post.

‘In honor of my father and all the dads out there I’m happy we’re making these “A Father’s Love” @st.amosjewelry bracelets available at @mysaintmyhero Link in Bio.’

He added that 100% of the proceeds would be donated to Childhelp – an organization that works to prevent child abuse and neglect. 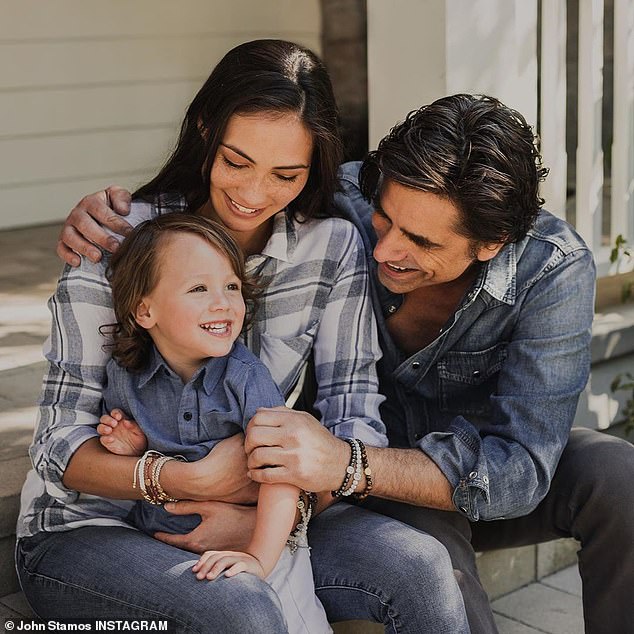 Family: John was also joined by his wife, Caitlin for the photos 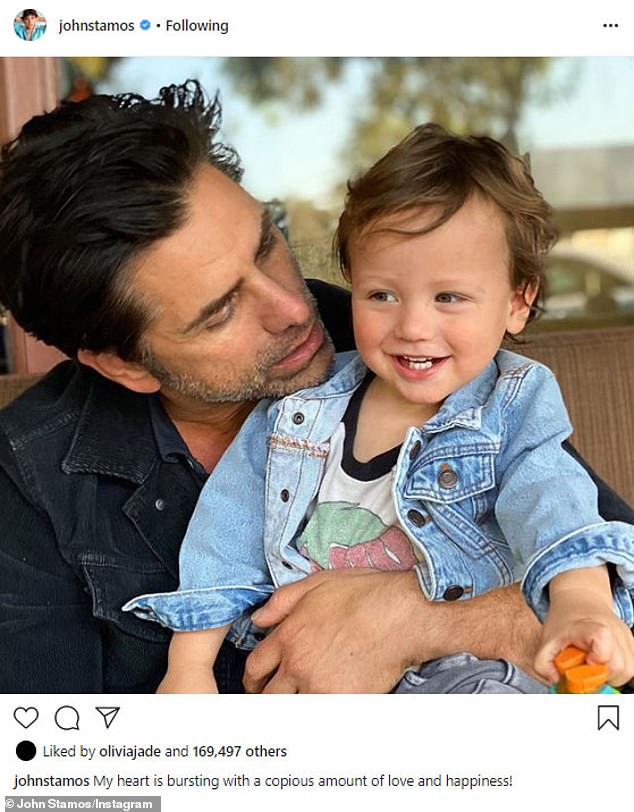 The sweet shot saw John lift up Billy in the air while starring into his eyes.

Another photo saw him sit outside in a denim shirt alongside Billy and his wife, Caitlin.

The Full House star has always been a doting dad to his young son following his close bond with his late father, William, who passed away in 1998. 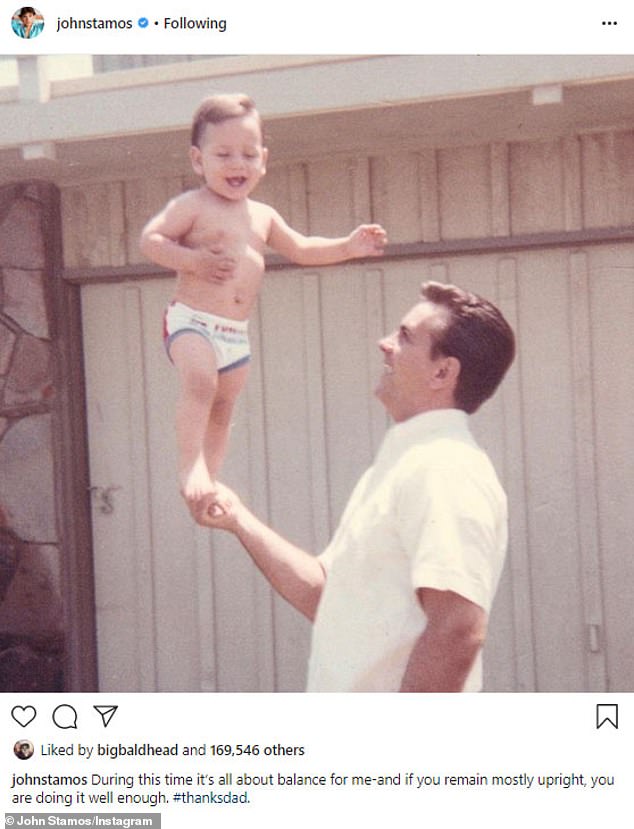 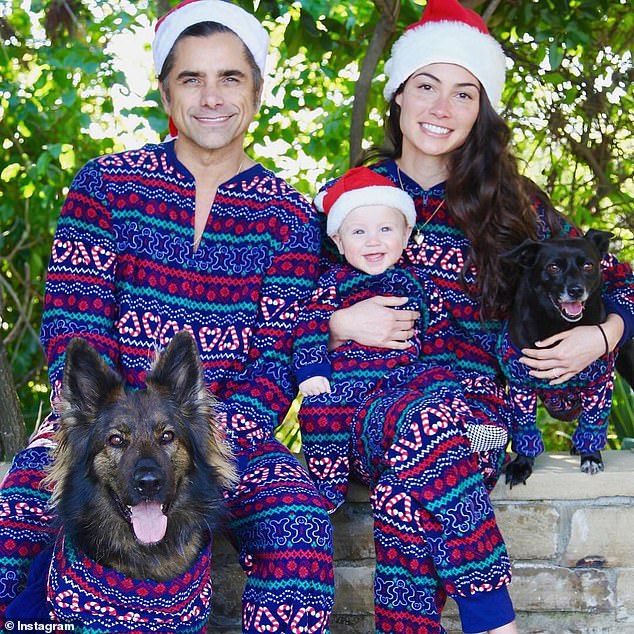 Early arrival: New parents: John and Caitlin welcomed Billy in April 2018 and and he was six weeks premature 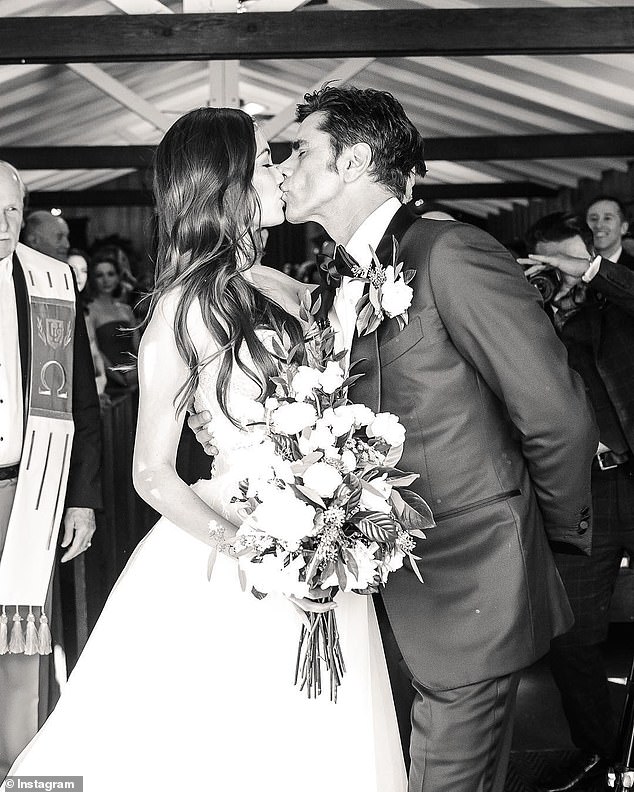 ‘It’s sad that my parents aren’t here but she [Caitlin] was so kind to let us name Billy after my father, so I think of my dad every time I see him,’ he told People last year.

John also gushed over William during an interview with Ryan Seacrest in 2018.

‘I named him [Billy] after my father who was my hero,’ he shared.

‘I hope I live up to what my dad did… He was always bigger than life to me so I’m happy to honor him with our little Billy.’ 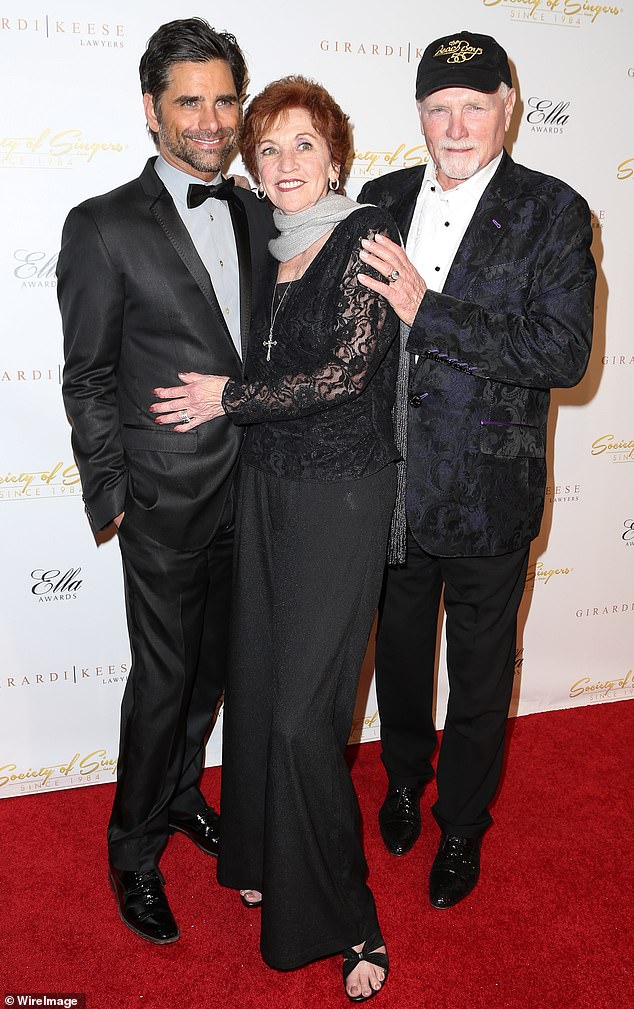 Wishes: John has previously shared how he wished his late parents Loretta (d. 2014) and William (d. 1998) were around to see Billy grow up (pictured with mom Loretta and Beach Boys singer Mike Love in 2014)