John Cleese has hit out at the BBC following the Lionesses’ victory against Germany in the Euro 2022. The Monty Python actor, 82, questioned the “lack of diversity” in the Women’s England team on Twitter, claiming that they’re all “blonde” and pondered on the “danger” the BBC will “refuse to broadcast matches starring such a non-inclusive team”.

In view of his 5.7 million followers, the legendary actor slammed the BBC for not “reflecting diversity”, questioning whether they’ll “refuse” to show future matches over the issue.

John tweeted: “As the joy following the England Women’s stunning victory subsided, I began to worry about the lack of diversity in our wonderful team.

“I understand why there were no differently-abled ‘women’ in the team, but is it right… that they should all be blondes?”

Continuing in a new tweet, the star wrote: “After all, the BBC now demands that entertainers in their shows reflect diversity, under a fairly rigid quota system. 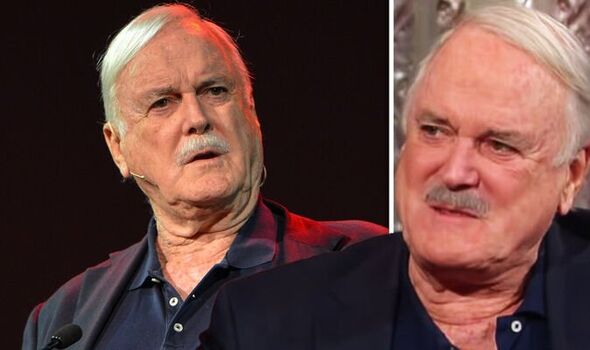 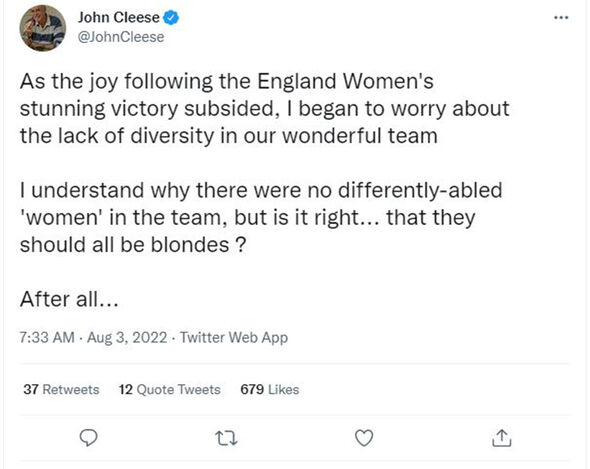 “Is there a danger that the BBC will refuse to broadcast matches starring such a non inclusive team.

“Or are they flexible enough to allow exemptions for exceptional talent,” he added.

John went on in a third tweet in the thread: “I suspect they will remain rigid, since their mission statement is now more concerned with social engineering than in producing the best possible programmes for the British public

“It’s lucky we made Monty Python when we did…” he ended. 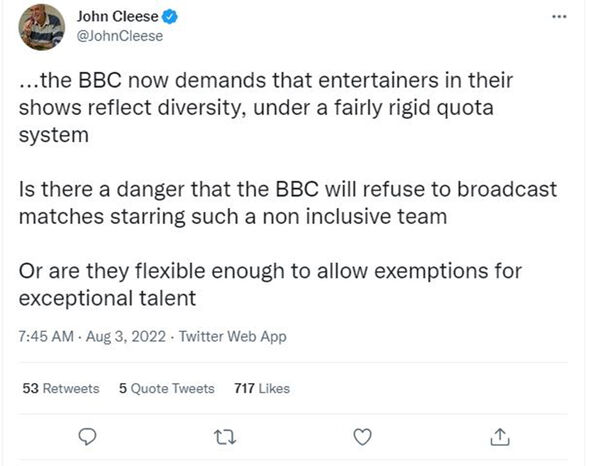 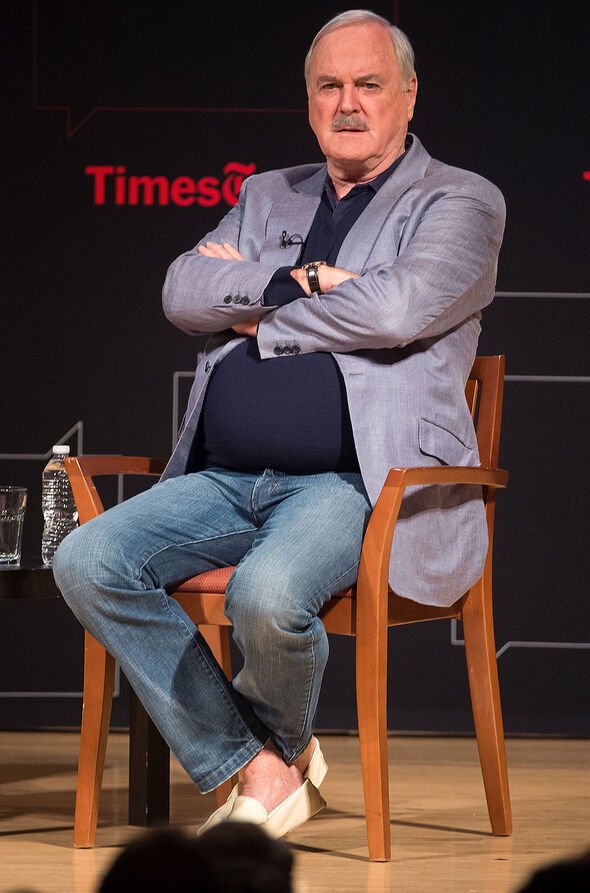 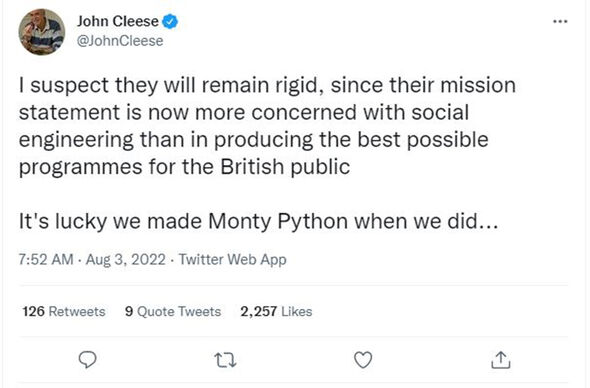 Following the star’s thread, many of his followers took to the comments to weigh in on his thoughts.

Twitter user @EtzEchad wrote: “Indeed. Monty Python could not be made these days.

“It’s a wonder that the cancel mob hasn’t come after you as it is. How many great shows are not being made today out of fear of wokeness?” they added.

While @GerryVeraa penned: “A lot of comedy couldn’t be done today anymore…

“It is good in a way that comedy has become more inclusive and emphatic, but the fear to offend people removes the reason comedy and satire is so important in life.”

Weighing in on the topic of the actor claiming England’s Women team were entirely blonde, @calculito hit back: “They’re not all blonde. They are just that fast, the real (hair) colour cannot keep pace.”

@sheoncehadme added: “I guess compared to the rest they were the best players. I dunno.

“There are way too many factors involved to why someone doesn’t get to that ability that you cannot pin it down on why they look that way.”

While @raider_lee chipped in: “That the FA effectively banned professional Women’s Football from 1921 to 1971 is an utter disgrace.

“Much is talked of reparations for “colonialism”. Well the FA should throw 50% of its profits towards the Women’s game immediately.”

It comes as the country celebrated the Lionesses’ 2-1 victory over Germany on Sunday.