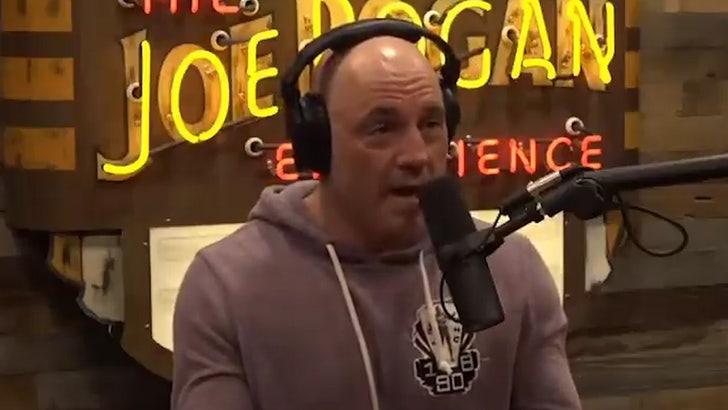 Joe Rogan thinks there’s no end to woke and/or cancel culture — even going so far as to say that it will silence straight, white men and relegate them to being indoor cats if it continues.

The famous podcaster made the comment on an episode of the ‘JRE’ last week while talking to comic Joe List … starting out by saying you can never be woke enough for the so-called woke crowd — and that, basically, they’re taking a mile instead of the inch they were given.

He was making a somewhat decent point at first … but then threw skin color into the mix, which is what A LOT of people have a problem with, it seems — as the backlash has mounted.

Waiting for your permission to load Spotify episode.

Check it out for yourself … Joe says straight white men will be the ultimate victims of this rising PC culture, as he believes they won’t be allowed to talk in the near future — because their “privilege” has allowed them to do so for while others were forced to be quiet.

He goes on, saying straight white men won’t be allowed to go outside one day too at this rate “because so many people were imprisoned for so many years.” He’s speaking in hyperbole, of course, but everyone gets his point … and not everyone agrees.

But, JR offers his simple solution … just be nice to each other! He goes on to say there are nefarious people who are exploiting these overly-sensitive times.

Sure, sometimes cancel culture CAN go too far and is worthy of criticism — but, likewise, Joe might be going too far here too.