Jodie Turner-Smith took her baby girl out for some fresh air on Thursday, the first time she’s been seen out since welcoming her first child.

The 33-year-old model and actress  – who is married to Joshua Jackson – wore a face mask as she was spotted pushing the newborn in a stroller in her Los Angeles neighborhood. 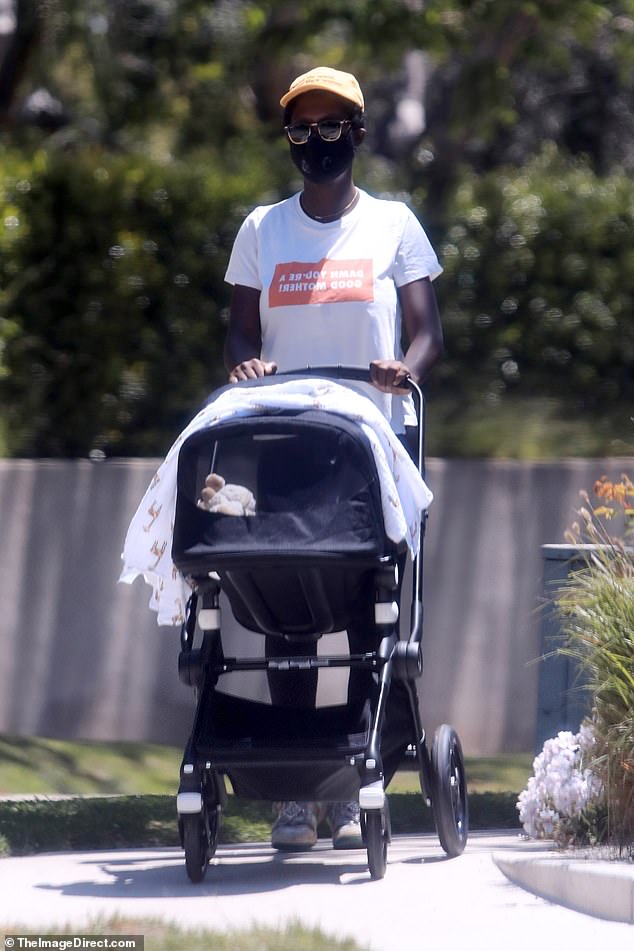 New mom: Jodie Turner-Smith looked relaxed as she went for a walk with her newborn baby girl on Thursday

She finished off the look with some Gucci sneakers.

It’s the first child for both British-born Jodie and the 41-year-old Dawson’s Creek star.

The baby news was revealed to the world on April 21 with Jodie excitedly tweeting two days later ‘I’m a mother!’.

Jodie’s outing came after her husband Joshua Jackson – who she married in December – thanked her for being a great parent and wife.

The 41-year-old actor marked her first Mother’s Day on Sunday with a heartfelt tribute to his spouse.

He wrote on Instagram: ‘Dear Jodie, On this most special of mothers days, I want to thank you for the being the light that you are. 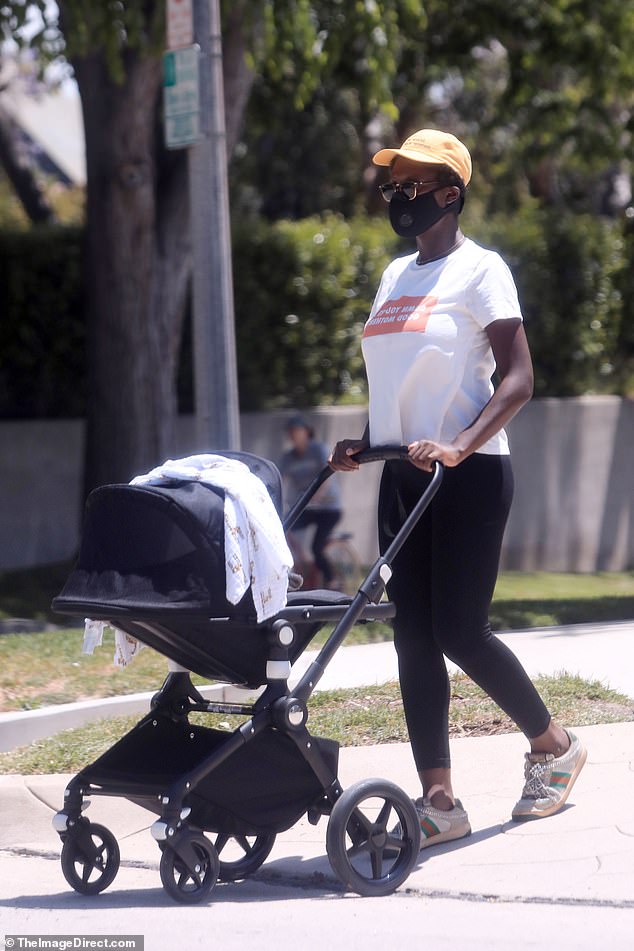 Casual look: Jodie looked great in a T-shirt which read ‘Damn you’re a good mother’ and some black leggings 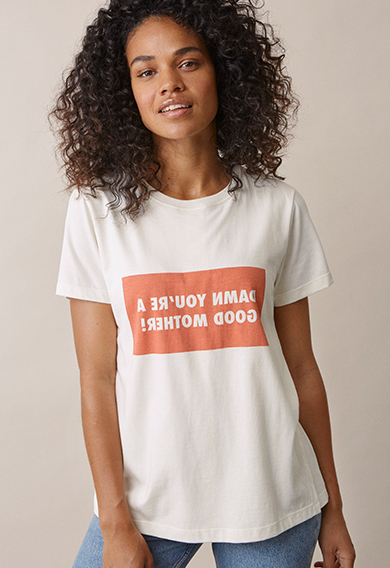 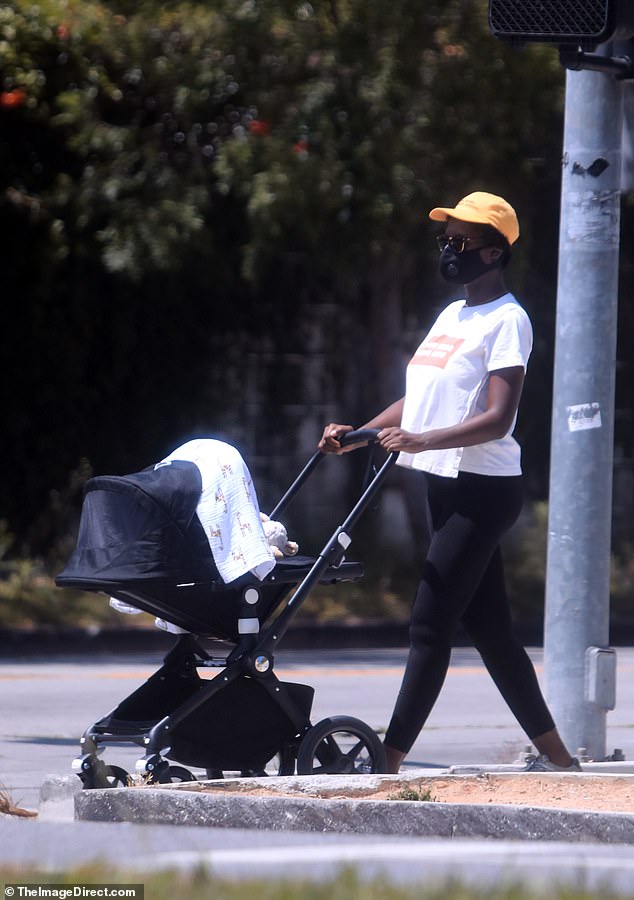 Precautions: The Queen & Slim star masked-up and protected her little one with a muslin blanket 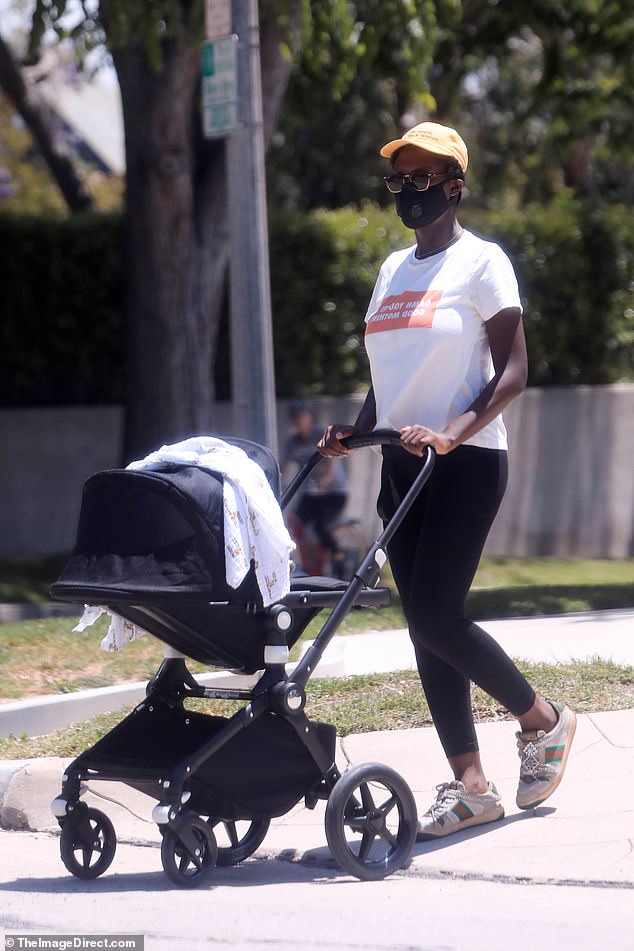 Stylish mom: The British-born star completed the look with some Gucci sneakers

‘For the the passion with which you threw yourself into nurturing and protecting our child when she was in your womb.

‘For the dedication and will you showed bringing her into the world. I have never witnessed a more powerful being than you through those moments.

‘Thank you for the depth of grace you have found since our daughter has arrived.

‘The commitment that you make look so effortless but I know is anything but. Thank you for making me a father. For trusting me enough to embark on this journey together. I am humbled more and more every day by that.’

And the former Dawson’s Creek actor admitted he can’t wait for the years to come raising his daughter alongside his wife. 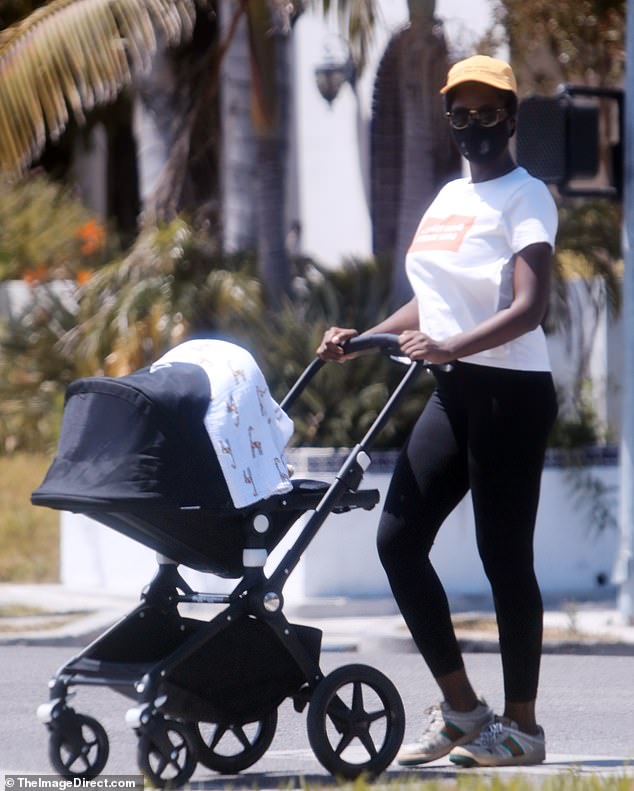 Looking great: It’s the first time Jodie has been pictured out after welcoming her first child

He concluded: ‘I love you. I love seeing you enter the pantheon of mothers. And I look forward to walking this path by your side as we nurture this little engine of joy you have blessed the world with.’

Speaking about his Little Fires Everywhere co-stars, he said: ‘Both of them were incredibly helpful. Both of them are not just actresses, but they run their own companies. They’re both mothers.

‘They’ve integrated their family life and their professional life in a way that seems very healthy.’ 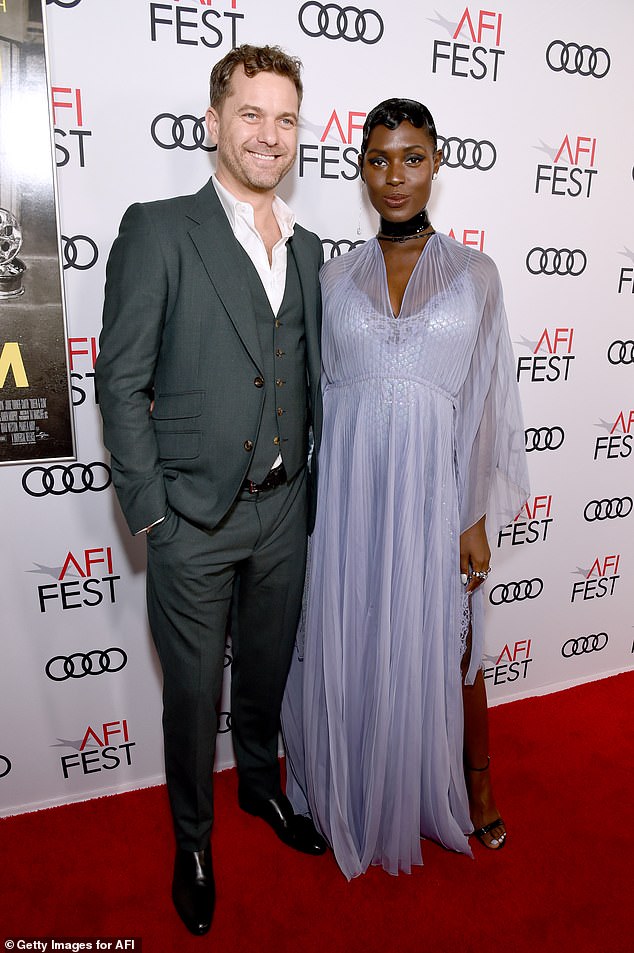 ‘Thank you for making me a father’: Jodie’s outing came after her husband Joshua Jackson – who she married in December – thanked her for being a great parent and wife in a gushing social media post