‘Many have called him daddy. I made him one’: Jodie Turner-Smith, 33, proudly boasts of her heartthrob husband Joshua Jackson, 44, two months after becoming parents

They welcomed a baby girl to the world in April.

And Jodie Turner-Smith certainly seems pleased with her baby daddy Joshua Jackson as she took to Twitter on Thursday to share snaps of the heartthrob.

The British model and actress, 33, added a message above the tweet and image of her beau, 44, reading: ‘many have called him daddy. i made him one.’ 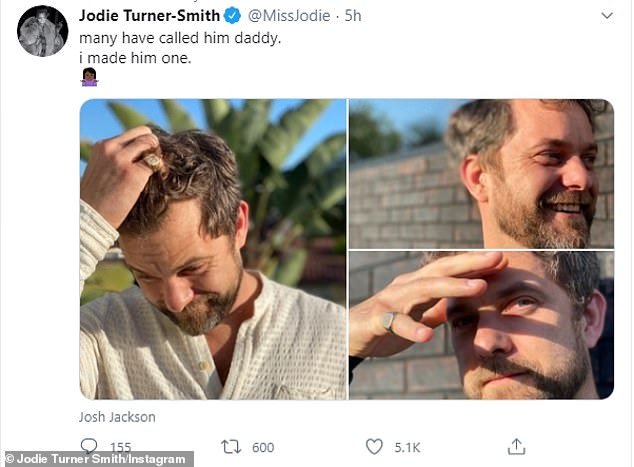 Her love: Jodie Turner-Smith certainly seems pleased with her baby daddy Joshua Jackson as she took to Twitter on Thursday to share snaps of the heartthrob

Joshua looked extremely handsome in the images accompanying Jodie’s message as he played with his hair and kept the sun off his face.

The message is one of many proud professions of love from Jodie to Joshua.

On Wednesday, Jodie shared another shot on Instagram and gushed: ‘Big soulmate energy. #1 daddy. just checking in to say that us girls are so lucky to have ya.’

The snap of the former Dawson’s Creek star, which saw him in a long-sleeved green top, is an old one as the actor has recently been seen with a buzzcut. 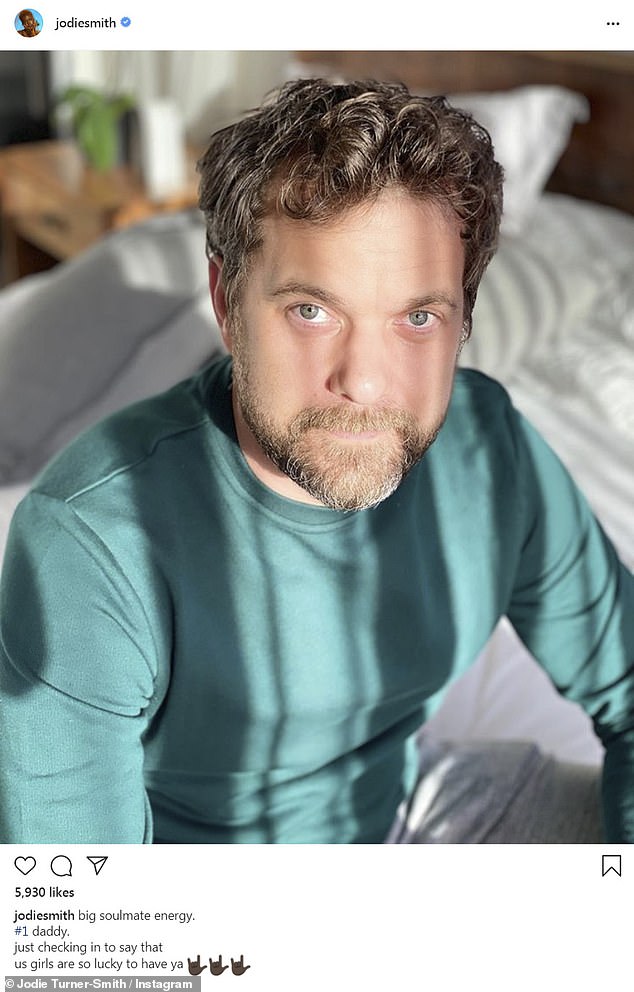 Sweet: Jodie Turner-Smith shared a throwback snap of husband Joshua Jackson on Wednesday along with a gushing message calling him her ‘soulmate’ and ‘#1 daddy’

The couple started dating in 2018 and confirmed this past December that they had married. They have not publicly revealed the name of their baby girl.

On Sunday, the couple looked joyous as they took their daughter for a stroll as Jackson celebrated his first Father’s Day as a dad.

Last month Joshua posted a tribute to his wife, writing: ‘Dear Jodie, On this most special of mothers days I want to thank you for the being the light that you are… 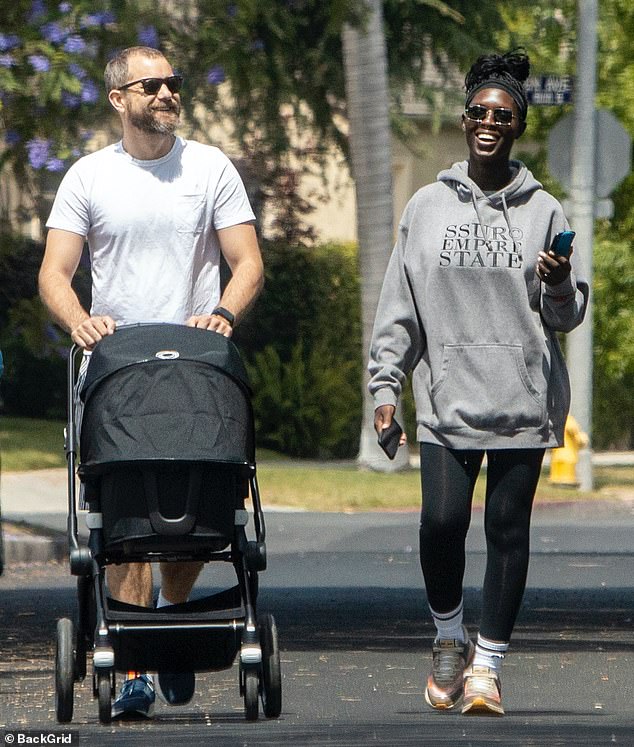 Family: On Sunday, the couple looked joyous as they took their daughter for a stroll as Jackson celebrated his first Father’s Day as a dad 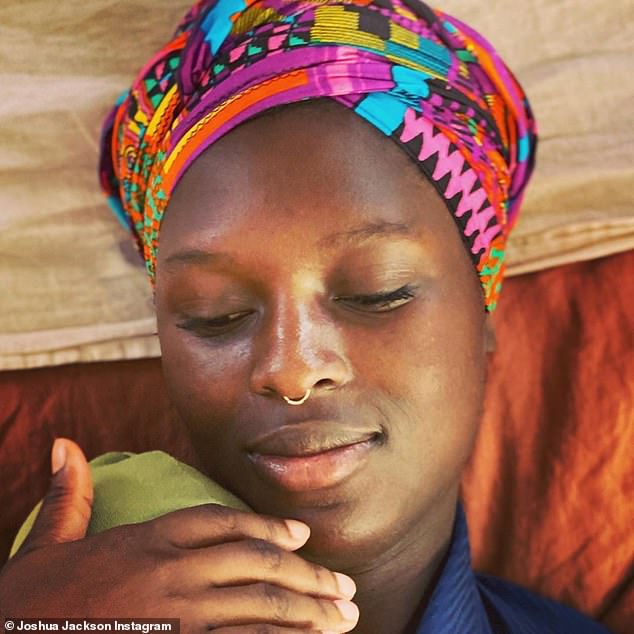 Baby girl: The couple welcomed their first child in late April. They have not publicly revealed their daughter’s name

‘For the the passion with which you threw yourself into nurturing and protecting our child when she was in your womb. For the dedication and will you showed bringing her into the world…

‘I have never witnessed a more powerful being than you through those moments. Thank you for making me a father. For trusting me enough to embark on this journey together. I am humbled more and more every day by that. I love you…

‘I love seeing you enter the pantheon of mothers. I look forward to walking this path by your side as we nurture this little engine of joy you have blessed the world with.’ 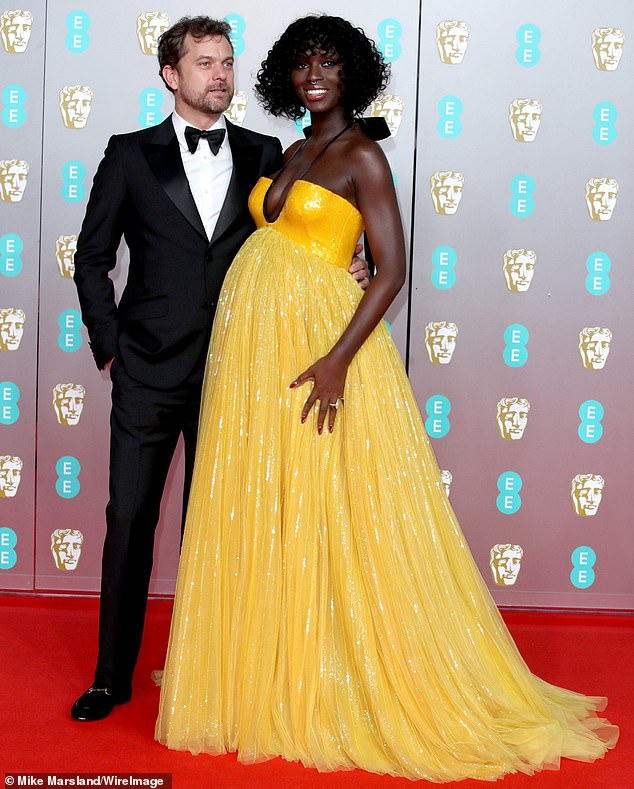 Couple: The couple started dating in 2018. They stepped out wearing rings in November, and in December they confirmed they had married (pictured in London in February)