Jesy Nelson shared yet another sexy snap on Instagram on Wednesday amid her split from Chris Hughes.

The 28-year-old teamed a black off-shoulder top with a pair of leather look leggings as she reclined on a table.

She wore a pair of chunky black lace-up boots as she leaned against her giant crystal chandelier.

‘Hey all you cool cats and kittens’: Jesy Nelson teamed a sexy black ensemble with a leopard print hat on Instagram on Wednesday following her split from Chris Hughes 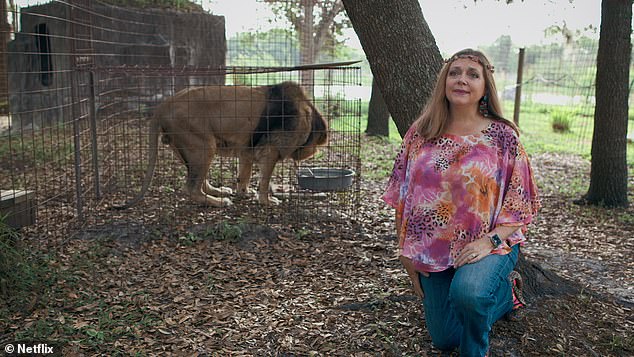 Iconic: Tiger King star Carole Baskin made the saying ‘hey all you cats and kittens’ famous on the Netflix show

She topped off her look with a leopard print hat and paying tribute to Tiger King’s Carole Baskin, she adopted one of her sayings in the comments section.

She wrote: ‘Hey all you cool cats and kittens’.

Jesy had showcased her incredible figure once again on Tuesday as she slipped into a black Calvin Klein bra to pose on the stairs.

The Little Mix singer captioned the shot with: ‘What’s everyone up to on this rainy day???’. 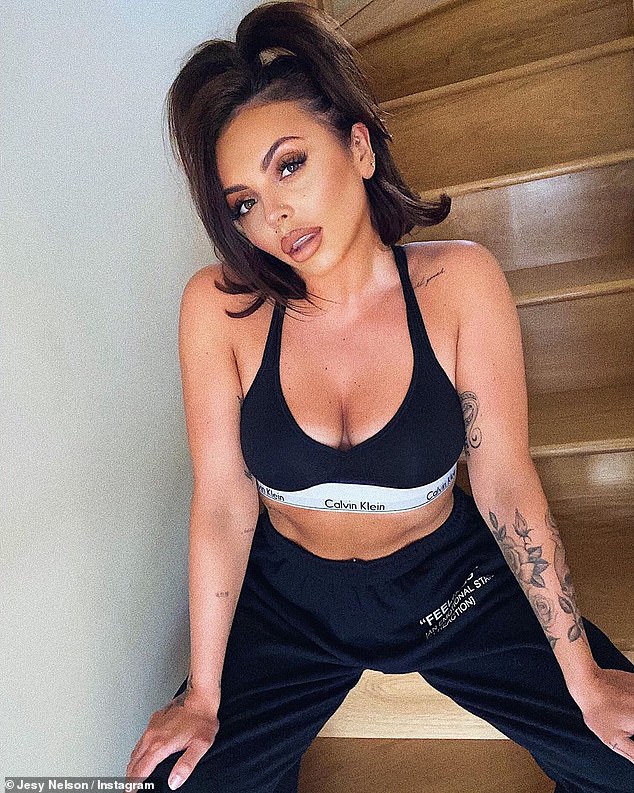 Racy display: Jesy showcased her incredible figure once again on Instagram on Tuesday as she slipped into a black Calvin Klein bra to pose on the stairs

Jesy showed off plenty of cleavage and also teased a glimpse of her toned stomach in the plunging bra.

The Break-Up Song hitmaker cut a casual figure for her day at home as she teamed the look with black joggers.

Jesy, did however, amp up the glamour  by wearing her hair in a half-up half-down flicky do and enhanced her bronzed tan with a full face of make-up. 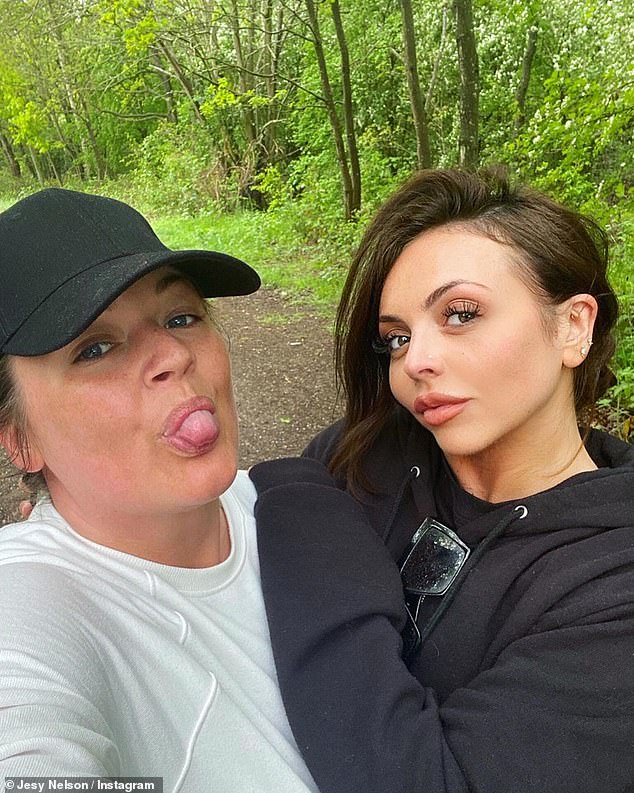 Fresh air: The singer later uploaded a snap of her herself and her pal Charlotte Driver out on a walk

The singer later uploaded a snap of her herself and her pal Charlotte Driver out on a walk.

She wrote: ‘We got some fresh air today and it made us feel so happy we danced in the woods and played our favourite songs!

‘Sometimes it’s the simple things that make your heart happy.’ 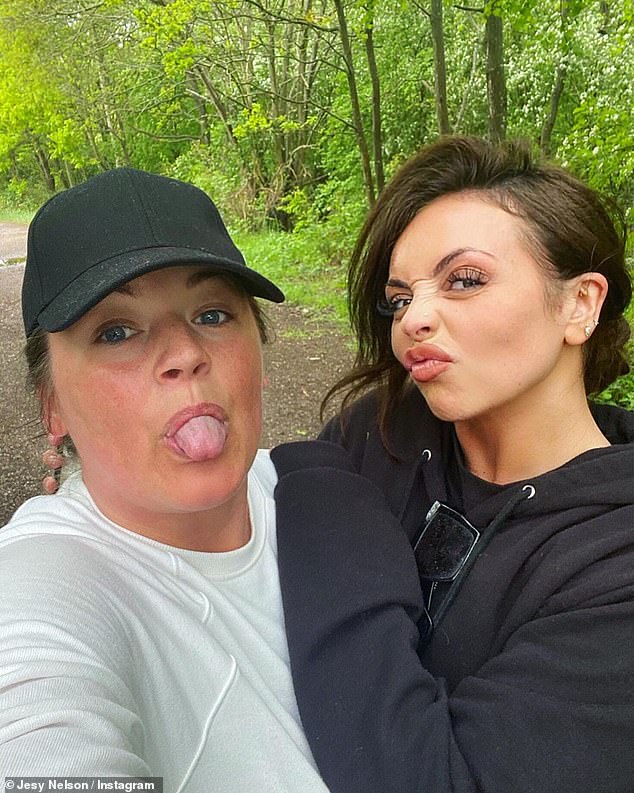 Simple: She said: ‘We got some fresh air today and it made us feel so happy we danced in the woods. Sometimes it’s the simple things that make your heart happy’ 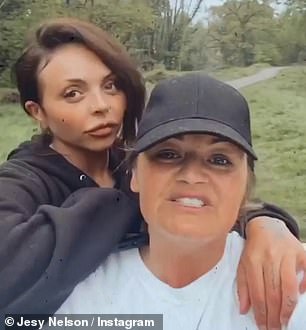 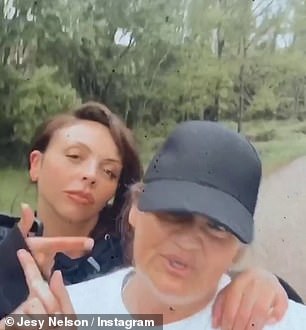 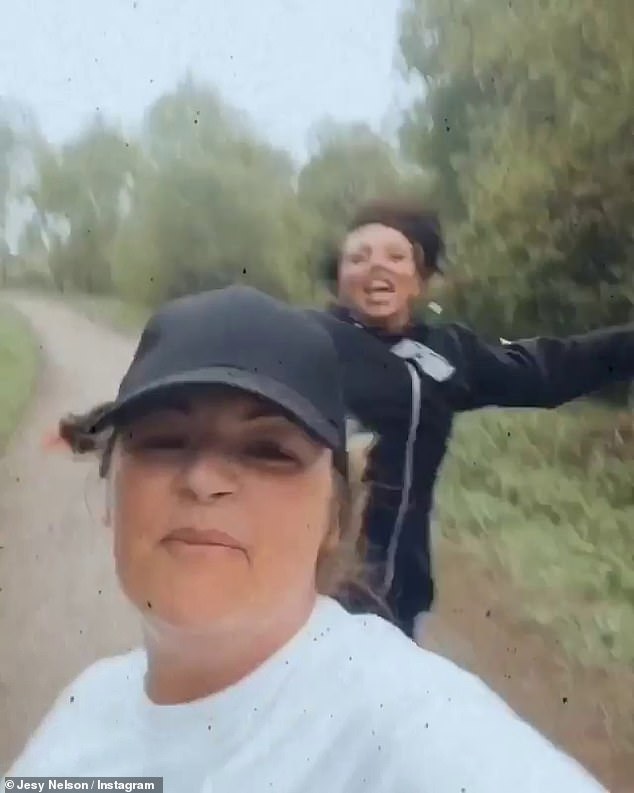 Full of beans: The star appeared in high spirits as she jumped around

The songstress’ latest post comes after Jesy told fans she was ‘just popping out to Sainsbury’s’ in a tiny Fendi handkerchief.

She also wore matching Fendi slip-on shoes as she stood with one hand on her hip while posing at the bottom of her stairs.

And Jesy was at it again on Sunday as she set pulses racing in a black bra and camouflage trousers.

She looked fierce and confident as she showcased her taut midriff in the sizzling Instagram snap. 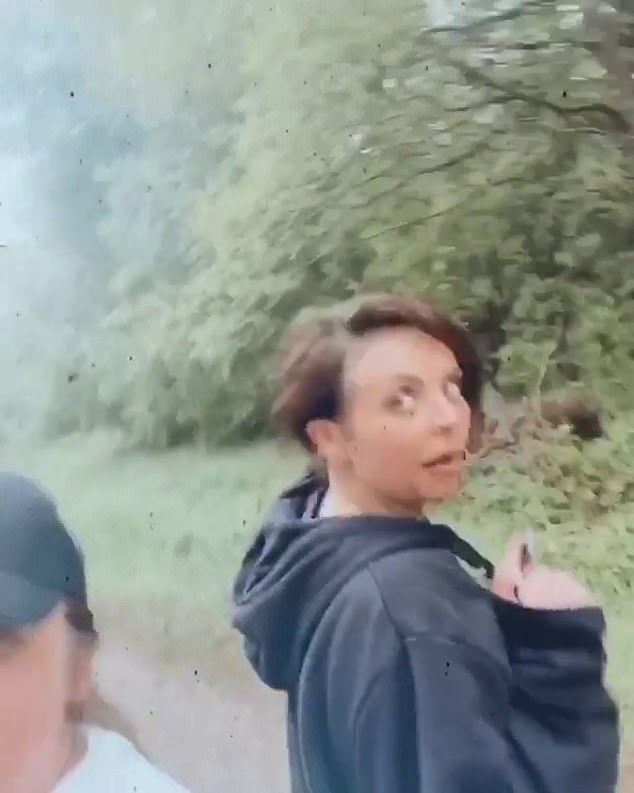 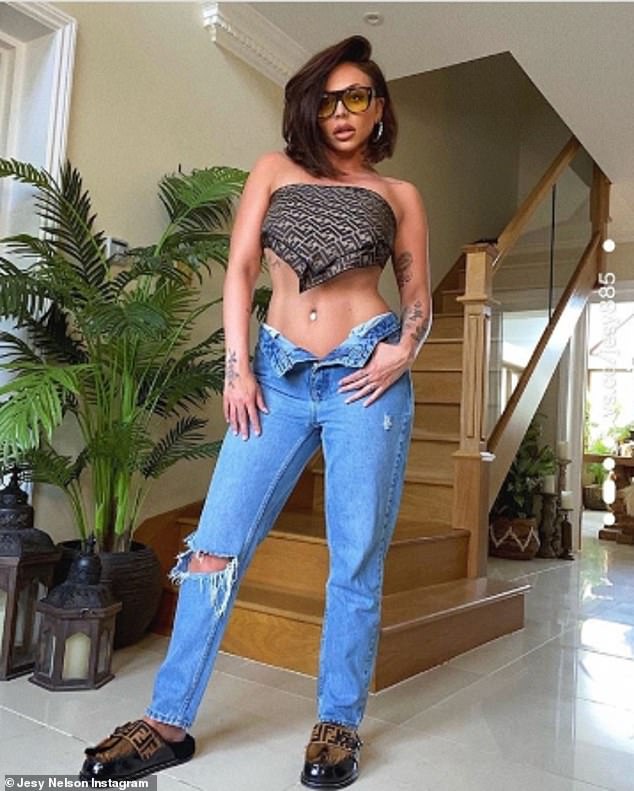 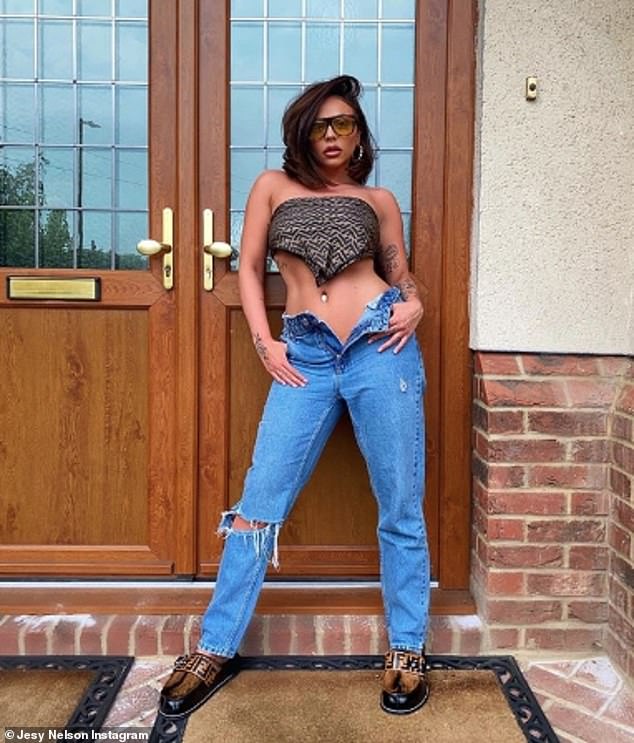 Working it: She also wore matching Fendi slip-on shoes as she stood with her hands on her hip 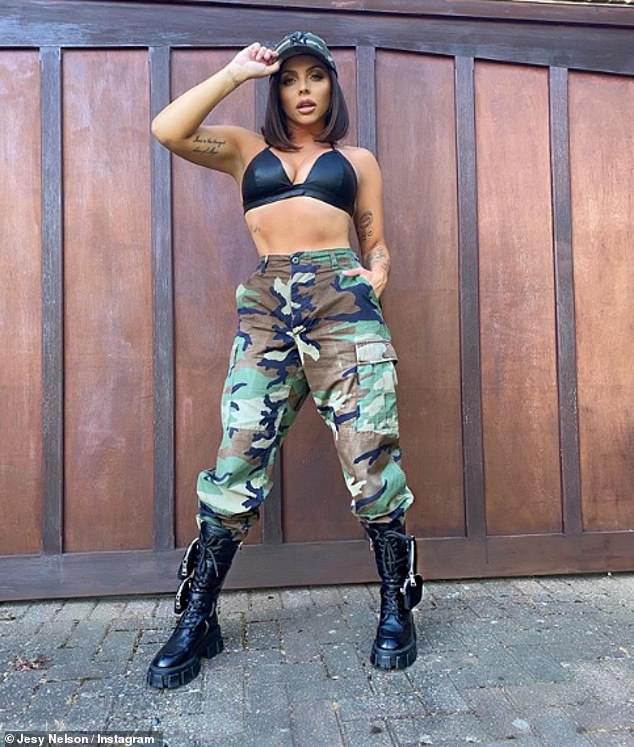 She’s at it again: Jesy set pulses racing while posing up a storm in a black bra and camouflage trousers on Instagram on Sunday

It was recently claimed that her ex Chris was convinced he would be able to get her back after she broke up with him over the phone.

The former Love Island contestant was informed his 16-month romance with Jesy had run its course as they self-quarantined in their respective homes during the current UK lockdown.

But friends say Chris is determined to win the singer back, and refuses to believe their split is permanent.

A source told The Sun: ‘Chris is absolutely convinced that he is going to be getting back with Jesy just as soon as isolation ends and they can be together again.

‘As far as he is concerned, this split is just temporary and actually it’s more of a break than a break-up.

‘Chris is still madly in love with Jesy and is convinced she’s just struggling with being apart from him.’

The resolute reality star is said to be desperate for a face-to-face meeting with Jesy as soon as restrictions regarding outdoor activity are lifted, and has been encouraged by positive noises from Jesy’s camp.

The source added: ‘Jesy’s pals say she’s as keen to reunite when this is over to talk things over too. They make a lovely couple and seemed so happy.’

MailOnline contacted representatives for Chris and Jesy for comment at the time. 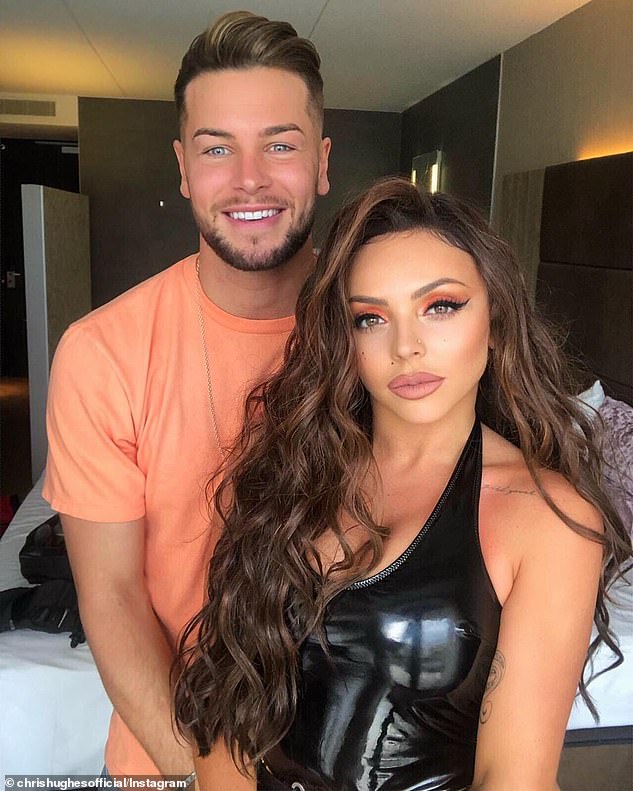 Hopeful: Jesy’s ex Chris  Hughes is ‘reportedly convinced’ he can salvage their tattered relationship after Jesy dumped him over the phone (pictured last year)