She recently revealed she has been losing a kilo a day at a clinic in Turkey after undergoing gastric sleeve surgery.

And Jessica Alves was seen showcasing her slimmed down frame and cosmetically-enhanced chest as she headed out in London recently.

The TV personality, 37, stepped out wearing a revealing floral dress that left little to the imagination, thanks to cut-out panels across the bust, and was later seen championing body confidence as she embraces her new look. 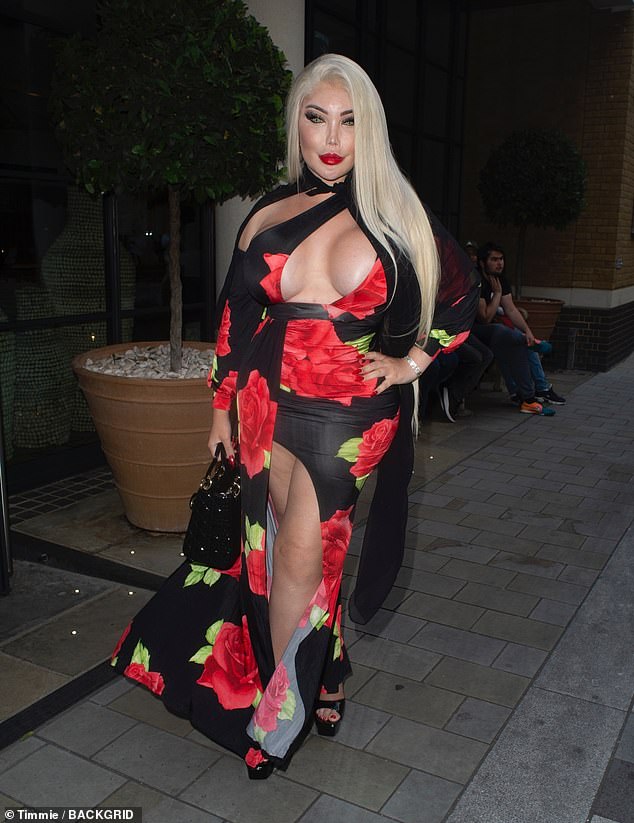 Glamorous: Jessica Alves, 37, flaunted her surgically-enhanced chest in a revealing cut-out floral dress as she headed out in London on Thursday night

Jessica was seen posing up a storm in her eye-popping outfit choice that came with a matching cape she wore on top.

She added a boost to her outfit with platform black heels and wore her blonde locks down in a sleek and straight style.

Sporting glamorous make-up, Jessica finished off her look with a bold red lipstick and toted her essentials for the evening in a complementing handbag she clutched onto in one hand.

Sharing snapshots of her out and about in the capital, Jessica told fans that it is ‘important’ to feel ‘confident’ in what you’re wearing. 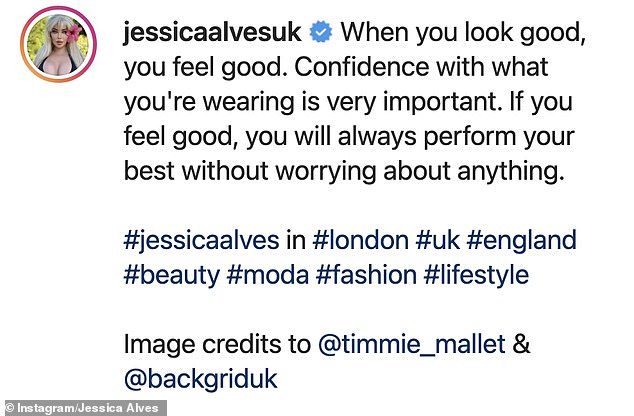 Body confident: The 37-year-old was feeling good as she told fans it is important to feel ‘confident’ in what you wear if you want to ‘look and feel good’

Seeming to practice what she preaches as she struck up a series of poses in her busty floor-length dress, Jessica told her Instagram followers: ‘When you look good, you feel good.

‘Confidence with what you’re wearing is very important. If you feel good, you will always perform your best without worrying about anything.’

She was inundated with compliments from fans who littered her social media post with flame emojis and told Jessica she looked ‘flawless’, ‘beautiful’ and ‘classy’.

Jessica’s appearance in London comes after she underwent gastric sleeve surgery in Antalya, Turkey. She opted for the procedure after reaching 16 stone and admitting she struggled to lose weight.

Speaking exclusively to MailOnline after the operation, Jessica revealed she was losing ‘a kilo per day’, as she was ‘only consuming detox drinks’. 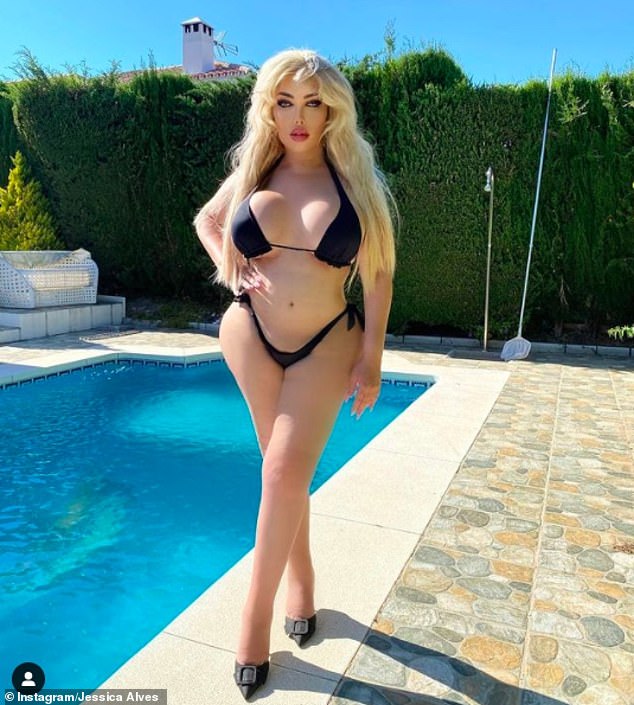 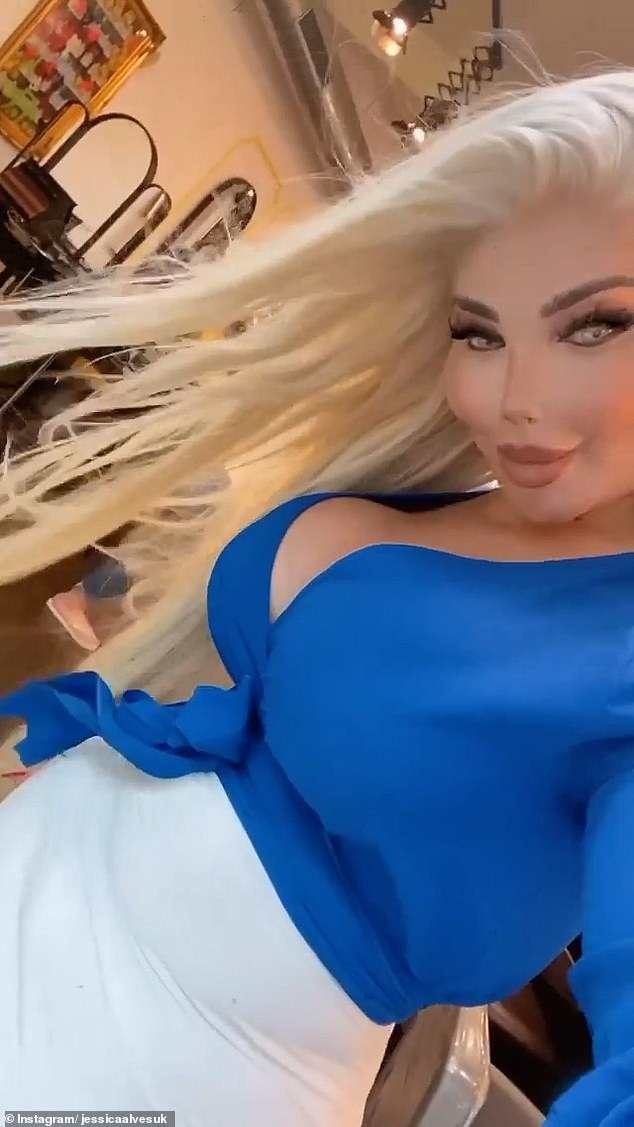 Under the knife: The TV personality had a gastric sleeve fitted after opting for a breast enlargement to take her bust size to a H cup

‘I had gastric sleeve surgery due to the fact that I was 102 kilos (16 stone) and my diet wasn’t working,’ she explained.

Jessica flew to Turkey to have the surgery, after having a breast enlargement to increase her cup size to a H.

Gastric sleeve surgery is a weight-loss procedure which reduces the size of the stomach by surgically removing a large portion of it – Jessica claims she now only has ’20 per cent’ of her stomach left following the operation.

Hailing her gastric sleeve as the ‘best things she’s ever done’, Jessica added that she ‘no longer craves food’.

In three months time, Jessica claimed she should be able to see ‘drastic results’.

‘Obviously the biggest hunger will be removed from the stomach and when I’m thinner I’d like to be a glamour model and explore my femininity.’ 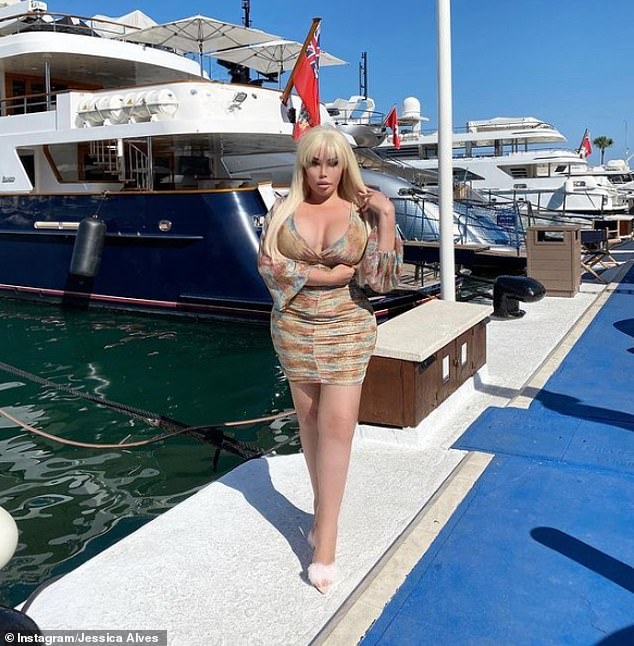 Weight loss: Jessica told MailOnline that she is losing ‘a kilo per day’ following her gastric sleeve surgery and a diet of ‘detox drinks’

She revealed that her gender reassignment process, including taking hormones, had led to her weight gain, adding: ‘I attribute my weight gain to all the surgeries I’ve had done in the past two years as part of my transition alongside hormone therapy.’

Jessica explained: ‘The hormones retain a lot of body liquid and that makes me hungry all the time.’

As well as a diet of detox drinks, Jessica added that ‘body massages and therapy’ are also helping her recover, with the star already looking to her next bout of surgery.

‘My next surgeries will be another nose job and voice feminization,’ she said.

‘But for now I would like to enjoy the summer and take care of myself and my health.’ 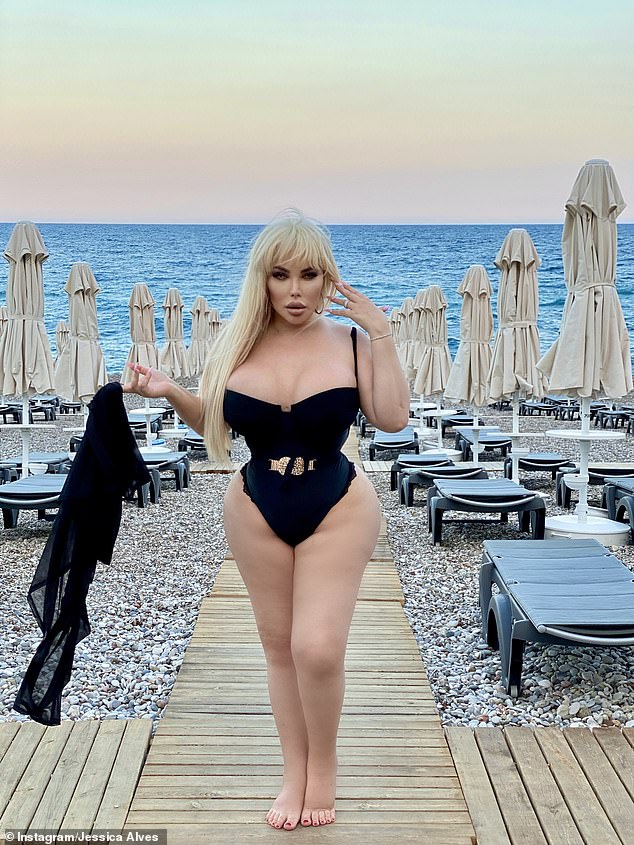 High hopes: Once she has recovered from her latest op, Jessica reveals she would like to be a ‘glamour model’ and ‘explore her femininity’ following her gender reassignment