Newlywed Jennifer Lopez, 53, looks incredible in blue checked bra top and full skirt as she basks in the sun on a glamorous photoshoot in Capri

She married Ben Affleck in Vegas on July 17 and it’s fair to say that Jennifer Lopez is looking well on it.

The 52-year-old mother of twins looked incredible wearing a blue checked bra top and a matching full skirt – thought to be by Dior – as she took part in a glamorous photoshoot in the Italian sunshine on Monday.

Her gym-honed abs were firmly on display as she two-piece – as she posed for some snaps against the background of Capri. 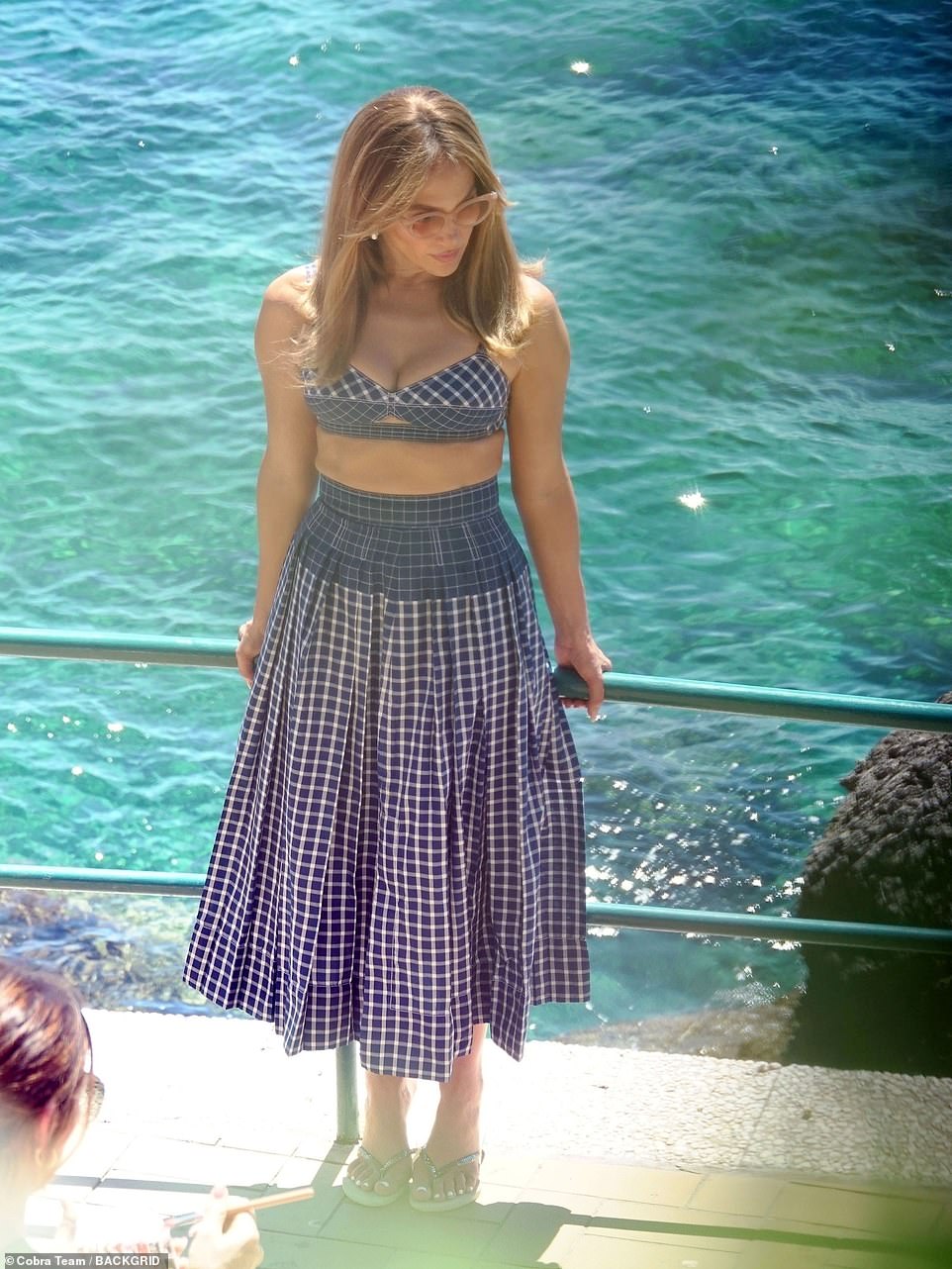 Looking incredible: Recently married Jennifer Lopez, 53, looked incredible in a blue checked bra top and full skirt as she posed for a photoshoot in Italy on Monday 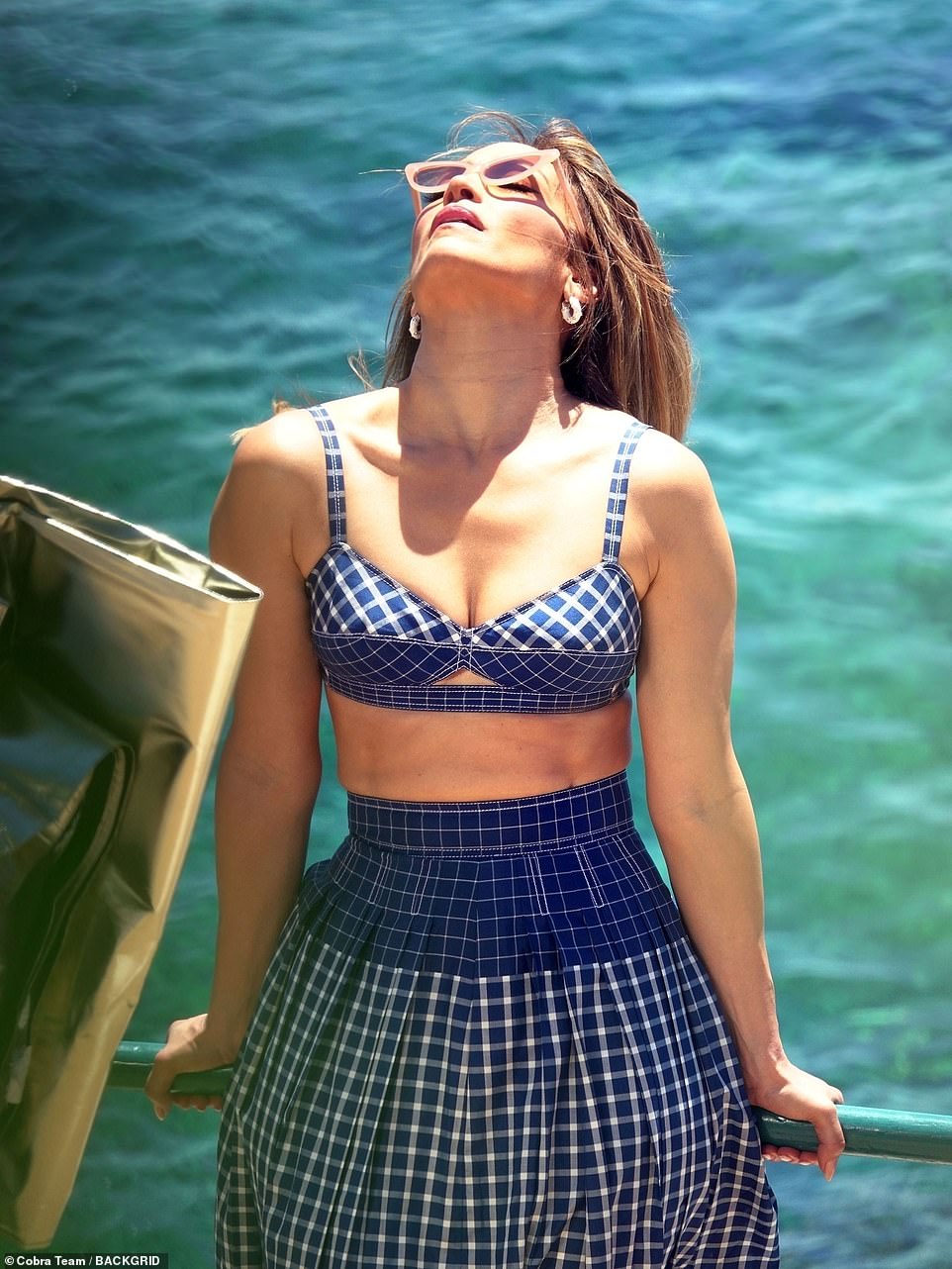 Suits her: Her gym-honed abs were firmly on display in the two-piece as she basked in the golden sunshine

Clearly her feet were not in the shots because she opted to wear comfortable flip-flops on her feet instead of heels.

She wore her caramel tresses down and in a sleek style and look chic in a peach coloured pair of cats-eye sunglasses.

At one point, a man held an umbrella over her head to keep her in the shade as she posed on a fruit truck for yet another stunning photograph. 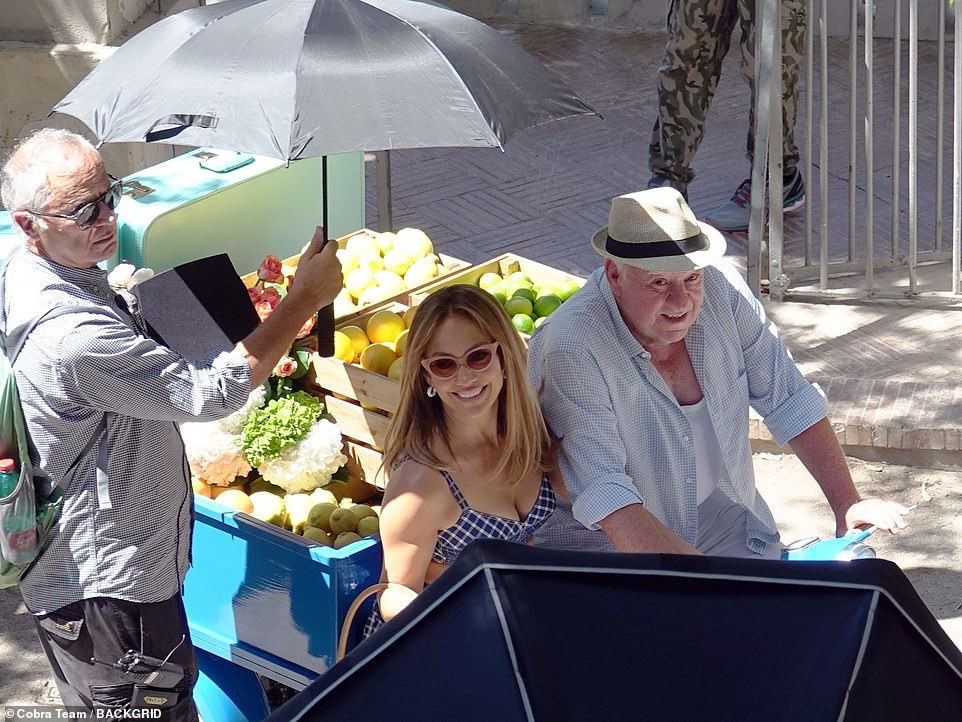 When life gives you lemons… At one point, a man held an umbrella over her head to keep her in the shade as she posed on a fruit truck for yet another stunning photograph 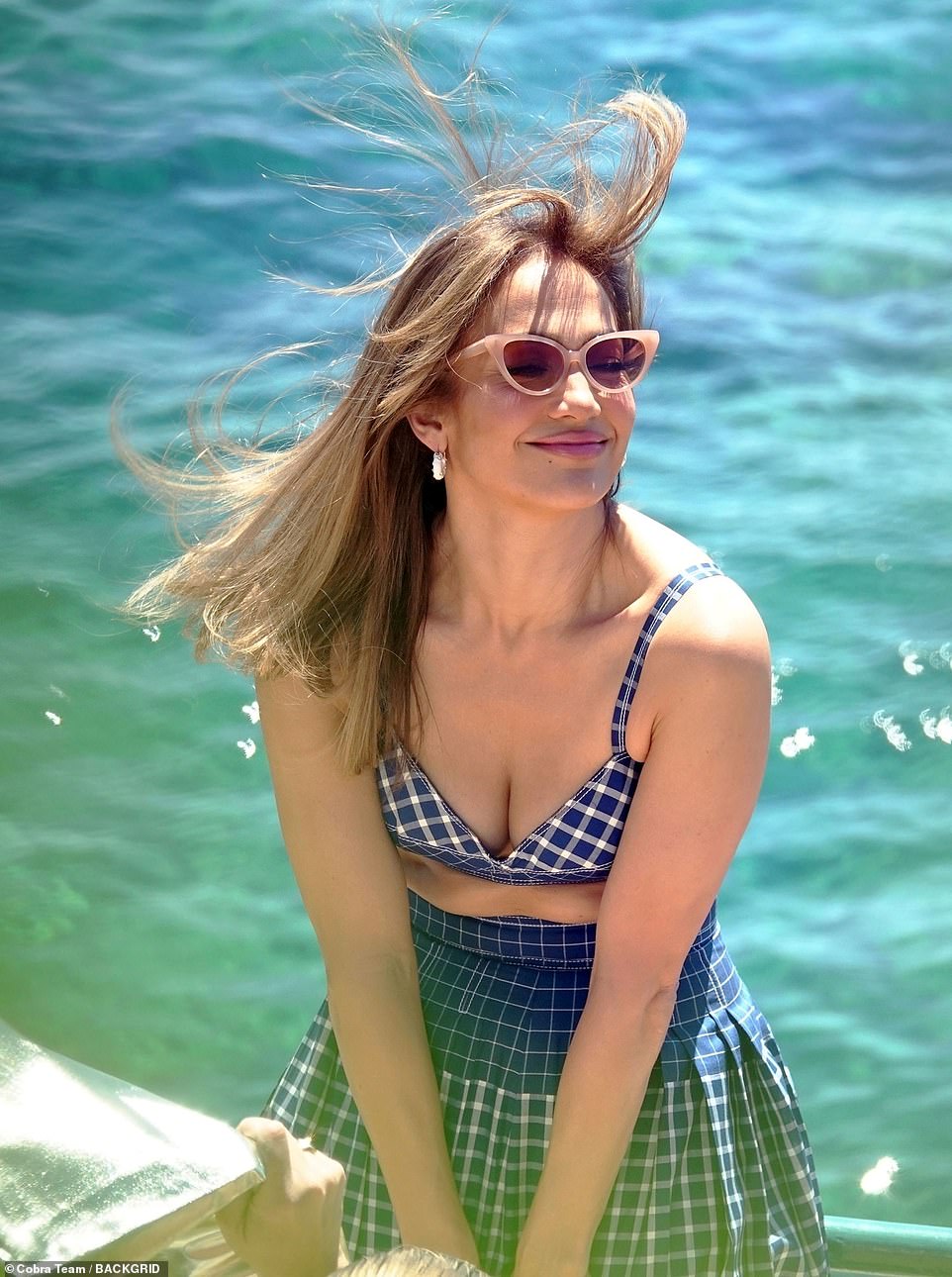 Perfection: She wore her caramel tresses down and in a sleek style and look chic in a peach coloured pair of cats-eye sunglasses

There was no sign of Ben on the day as he had to fly back to Hollywood for work shortly after their Parisian honeymoon, but that hasn’t stopped Jennifer making the most of her European adventures.

She spent a little longer in Paris with her children, before jetting off to Capri.

The stunning photoshoot comes after Jennifer headlined the LUISAVIAROMA x UNICEF Gala in Capri on Saturday.

Jennifer wowed the crowd with a medley including her 1999 track Waiting for Tonight as well as a cover of Donna Summer’s 1978 hit Last Dance.

Her husband – two-time Oscar-winning filmmaker Ben Affleck – is hard at work on the Burbank set of Aquaman and the Lost Kingdom where he’s reprising his role as Bruce Wayne/Batman.

Jennifer surprised fans several weeks ago when she revealed that she and Ben had flown to Las Vegas to tie the knot in an intimate ceremony.

Shortly after, they jetted off to France, where they were spotted taking in the sights and enjoying the scenery.

The twosome were joined by their respective kids: Ben’s two daughters with ex Jennifer Garner – Violet, 16, and Seraphina, 13 – and Jennifer’s 14-year-old twins Maximilian and Emme with ex Marc Anthony.

Ben will turn the big 5-0 on August 15 – right around the time they’re planning a wedding celebration at his 87-acre Georgia property. 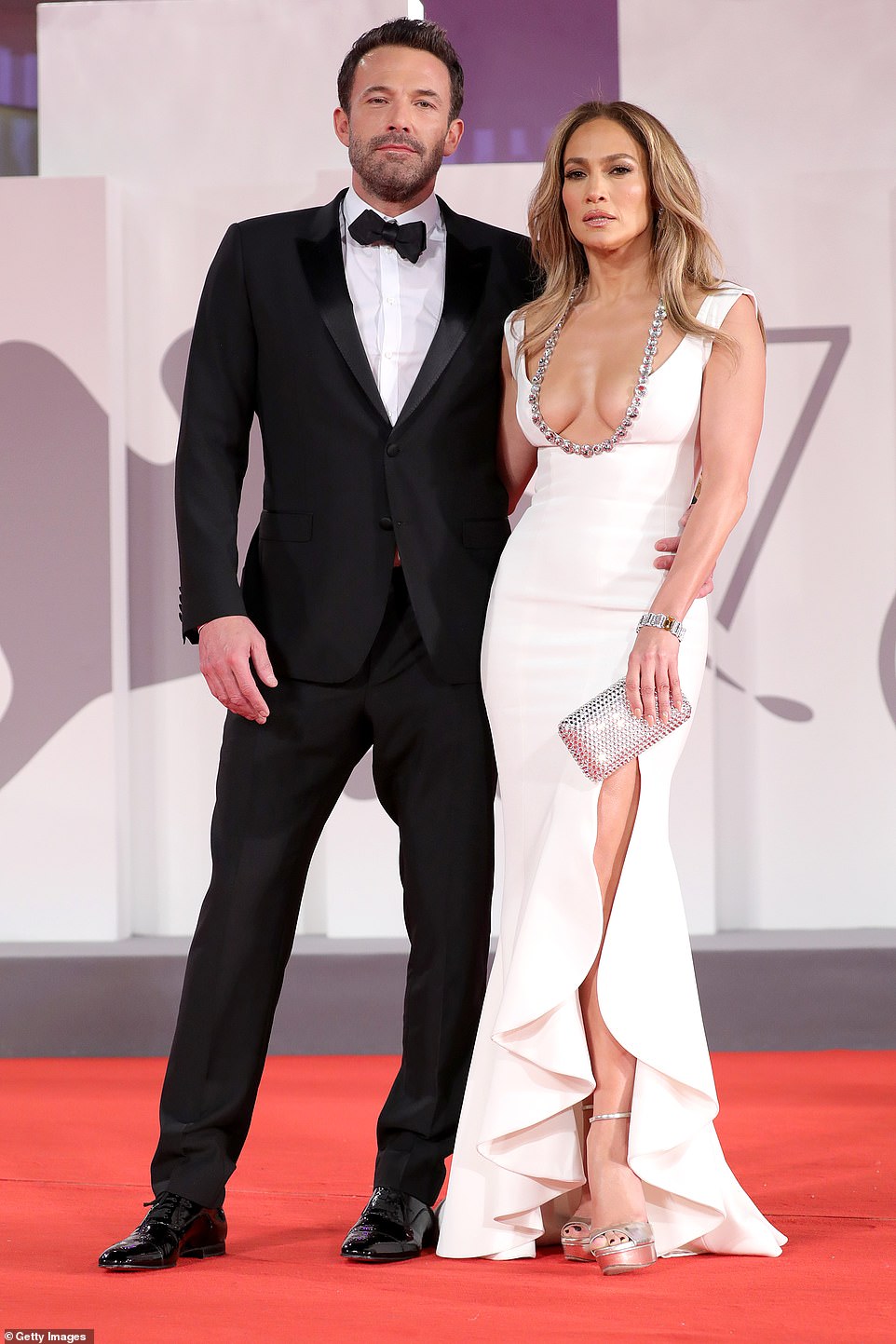