Jennifer Lopez and Ben Affleck have headed to Nerano, Italy. The pair took their love to the Amalfi Coast, as they were spotted arriving at their next destination on Wednesday.

Lopez, 52, and Affleck, 48, kicked off their luxurious European yacht vacation over the weekend, with stops in St. Tropez, Monaco and Capri, just to name a few. They’ve looked nothing but in love along the way, even as Lopez’s ex, Alex Rodriguez, is also vacationing in the area.

Affleck and Lopez both looked relaxed as they were photographed on a boat on Wednesday. Lopez wore a sassy red-and-white striped crop top, while Affleck was spotted wearing a tie-dye shirt. 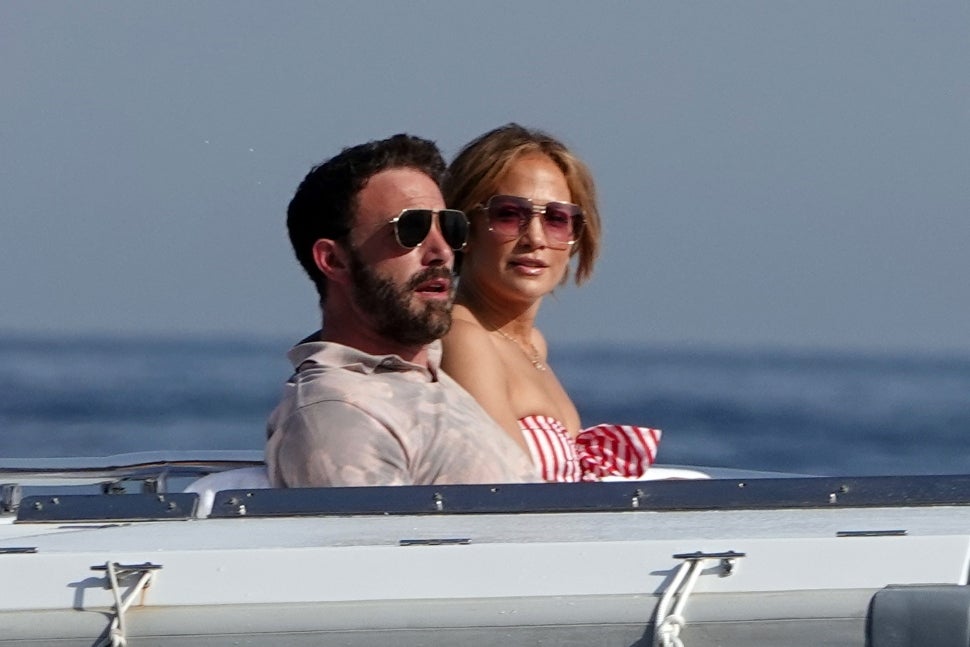 A source told ET on Tuesday that the couple — who rekindled their relationship following their engagement in the early 2000s — are “serious” about each other.

“They have insane, on another level, chemistry. They are both super passionate and are head over heels with each other, just like they once were,” the source said. “This time around, however, they both really feel like this is it.”

“They couldn’t be more in agreement. They feel at this point in their lives they were undeniably made for each other,” the source continued. “Things between Ben and Jen have been easy and that’s what makes their relationship work so well. They work seamlessly together and it’s like their relationship hardly takes any effort.”

Both Lopez and Affleck maintain friendly relationships and co-parent with their exes. According to ET’s source, “Jen Garner and Marc Anthony are continuing to be supportive and there doesn’t seem to be any ill will across the board. They all just want what’s best for each other and their families.”

As for Lopez and Affleck’s kids respectively, the source said, “Their kids just want to see their parents happy and they are what is most important to both of them. J.Lo’s kids are so glad to see their mom so in love.”

See more in the video below.