Jennifer Lopez and Ben Affleck were spotted heading out of the Big Apple with their blended family on Sunday.

The singing sensation, 53, was dressed down in a comfortable tan sweatsuit and was seen grabbing her husband – who is set to celebrate the big 50 on August 15 – by the arm as they made their way to a van.

Leaving with them was the actor’s daughter Violet, 16, and Jennifer’s son Maximilian, 14, who were seen sitting with the hitmaker inside of the vehicle. 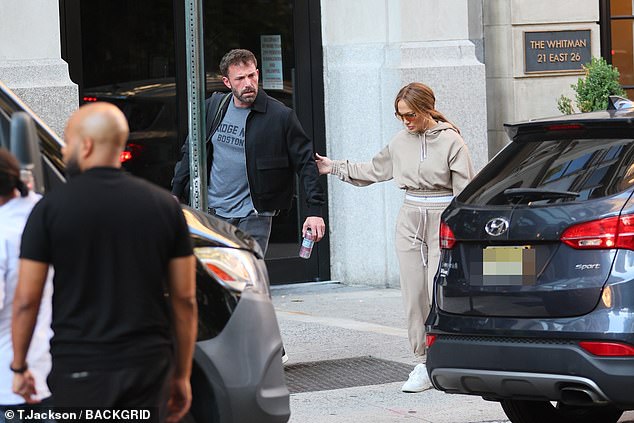 Leaving town: Jennifer Lopez and Ben Affleck were spotted heading out of the Big Apple with their blended family on Sunday

The Marry Me actress finalized her outfit with a pair of white sneakers and was seen carrying a sizable Christian Dior tote in her hand.

The Love Don’t Cost a Thing singer shielded her eyes from the sun with a pair of brown-tinted sunglasses and accessorized with gold hoops. 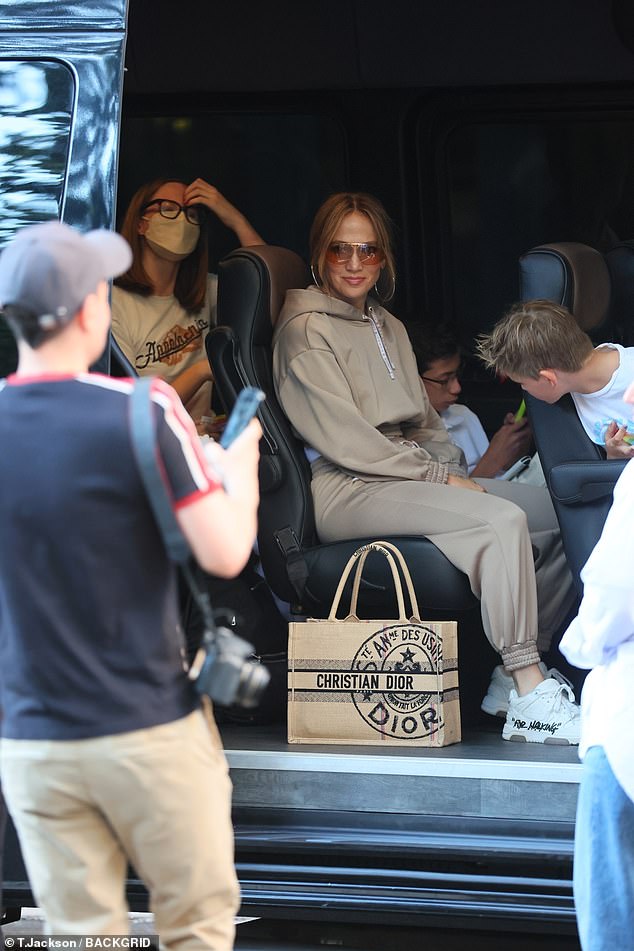 Blended family: The singer, 53, was pictured getting into a van with her new stepdaughter Violet, 16, and her son Maximilian, 14

She wore her long brunette tresses in a sleek ponytail and wore a touch of gloss on her pout.

Meanwhile her husband was casual cool in a grey Boston T-shirt which he wore with a black jacket, black pants and matching sneakers.

The director sported a black backpack slung over his shoulder and held a white canvas tote in his hand, along with a canned beverage.

Jennifer was seen out on the town earlier in the day, as she grabbed lunch at Sadelle’s with her daughter Emme and stepdaughter Seraphina, and was later seen leaving the Into the Woods Broadway musical at St. James Theatre. 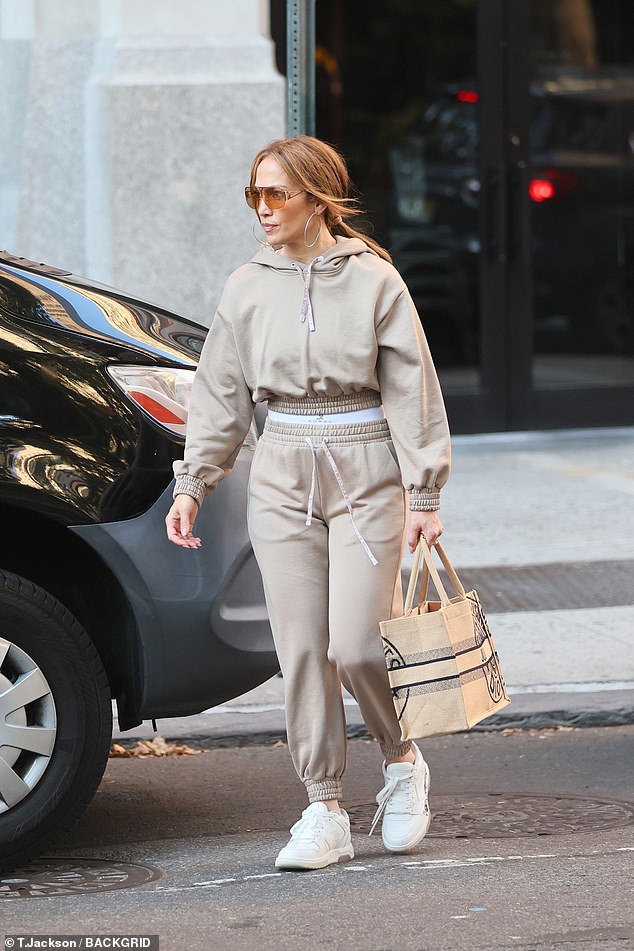 Comfortable: The superstar was dressed down in a comfortable tan sweatsuit which she paired with white sneakers and a Christian Dior bag 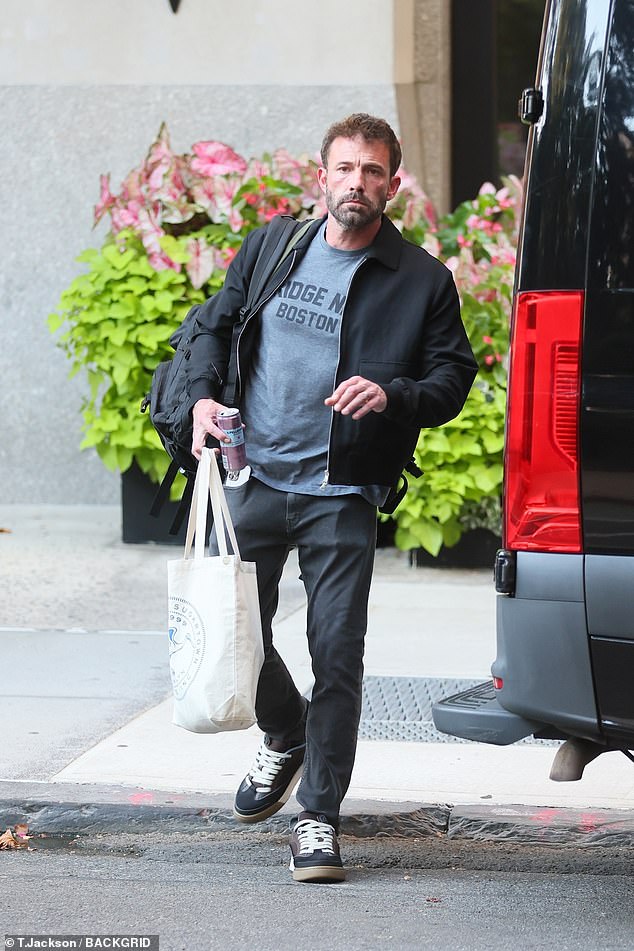 Casual: Meanwhile her husband – who is set to celebrate the big 50 on August 15 –  was casual cool in a grey Boston T-shirt, a black jacket, black pants and matching sneakers

Earlier in the day Lopez was seen spending some more quality time with Emme and Violet, as well as her sister Lynda Lopez, 51, as they stopped by Bergdorf Goodman for some shopping.

Ben and Jen have been doing a lot of travel since their July 16 wedding in Las Vegas.

The couple enjoyed a honeymoon in Paris before traveling to Italy for the UNICEF concert in Capri, where the hitmaker headlined a show for Ukrainian relief.

The newlyweds will celebrate their one month anniversary Tuesday. 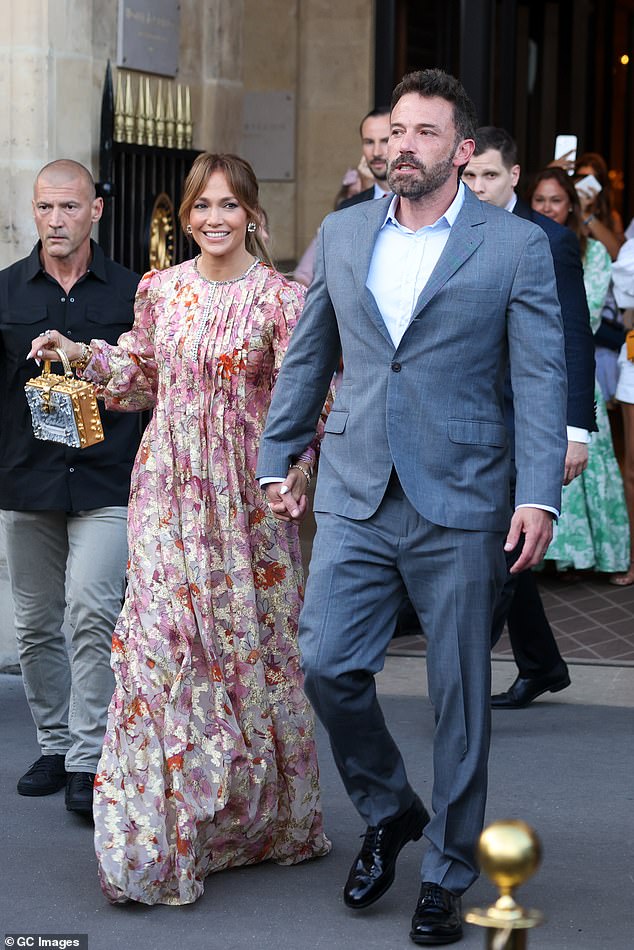