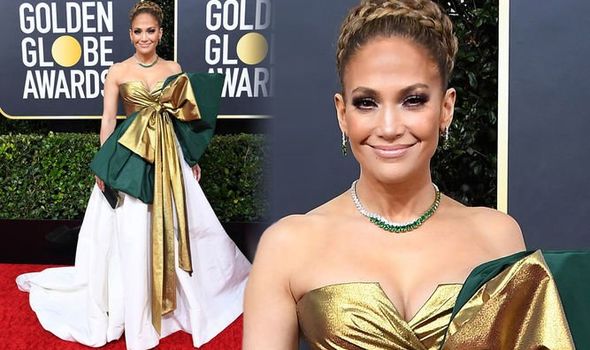 Kicking off the 2020 award season, Jennifer Lopez, 50, turned heads when she sashayed down the red carpet at the Golden Globes last night.

The singer and actress, certainly commanded attention when she arrived at the first Hollywood of the year event with her fiancé Alex Rodriguez, 44.

The movie star, who starred in the hugely successful film The Hustlers last year, wore a strapless gold, green and white gown for the star-studded award ceremony.

Jennifer, who was nominated for a Golden Globe for her role in the 2019 movie, put on a busty display in her eye-catching gown.

The strapless number featured a plunging neckline and a huge bow in a shiny gold fabric, which drew the eye to her cleavage.

The metallic detail was framed by an even bigger bow in a dark green material which contrasted the crisp white floor-skimming skirt of her dress.

Mum-of-two Jennifer, who shares 11-year-old twins Emme and Max with her ex husband  Marc Anthony, enhanced her natural beauty with glamorous evening make-up in pink hues for the  which comprised of long fluttery eyelashes and pale pink lips. 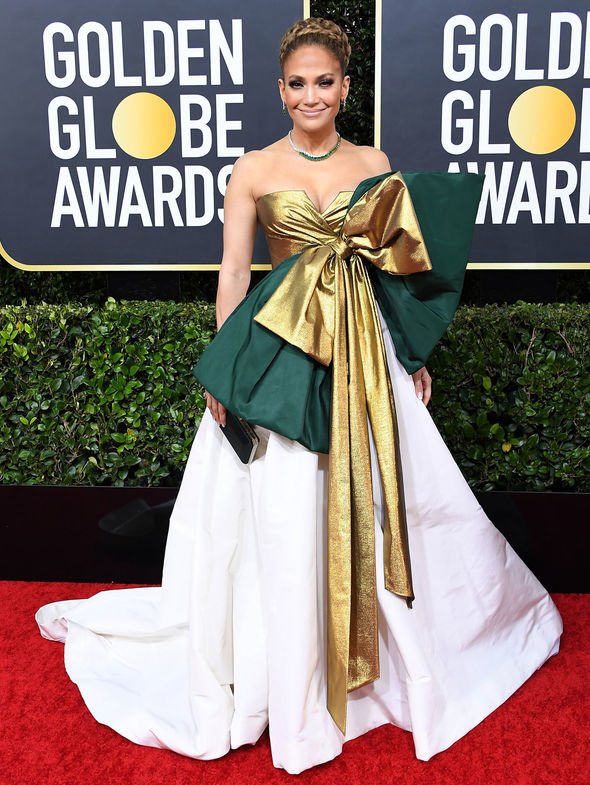 She swept her hair into a stylish updo and completed her look with an emerald green and diamond necklace and matching earrings.

J-Lo carried a small black clutch bag in her hangs, while her baseball playing beau looked dapper in a black tuxedo.

The couple, who got engaged in March last year, put on a cosy display as they posed for pictures together on the red carpet.

The could be seen laughing and sharing a joke as they stood arm-in-arm in front of photographers. 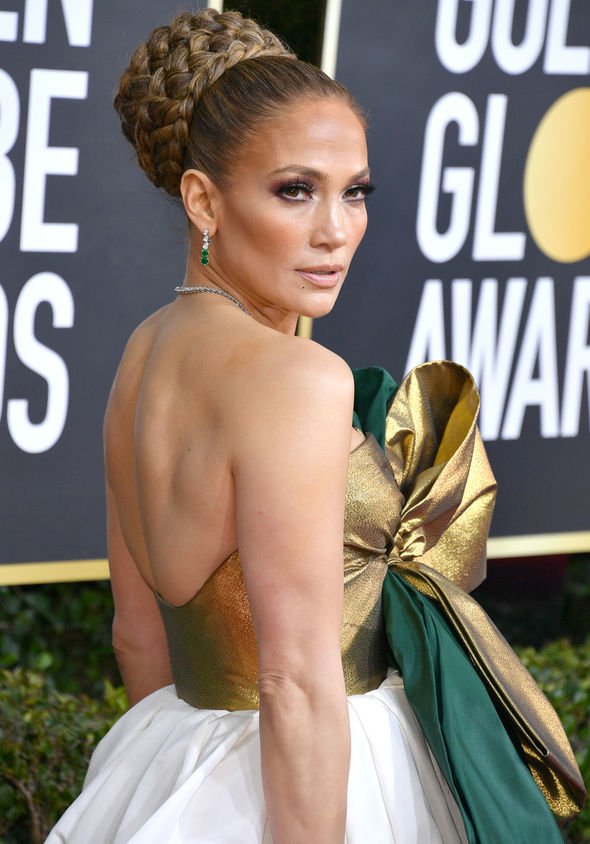 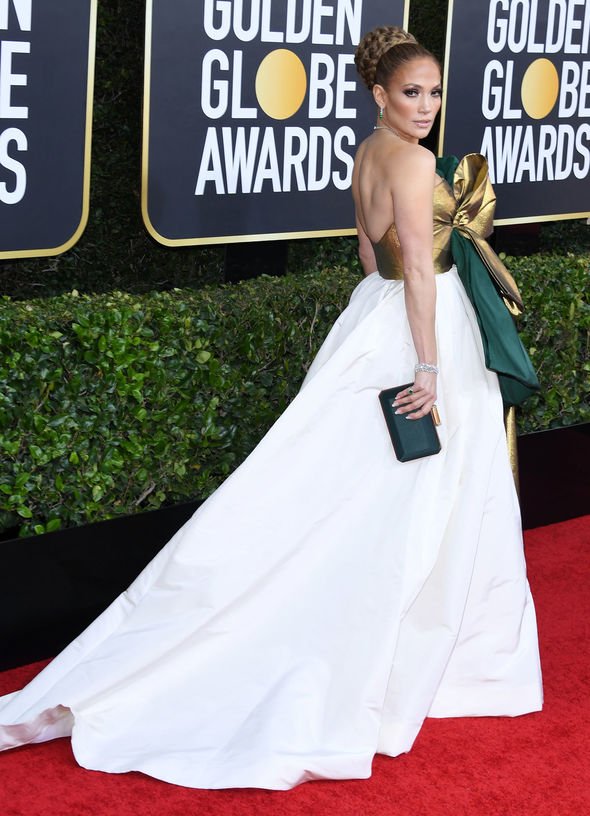 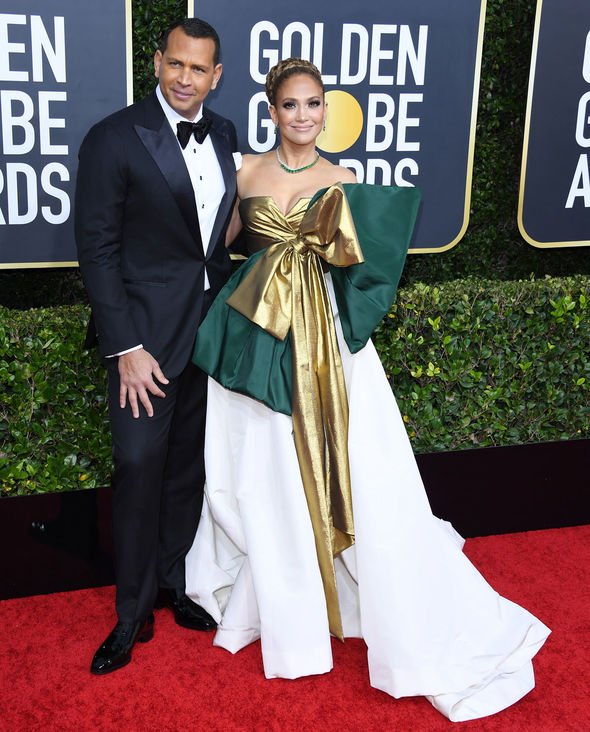 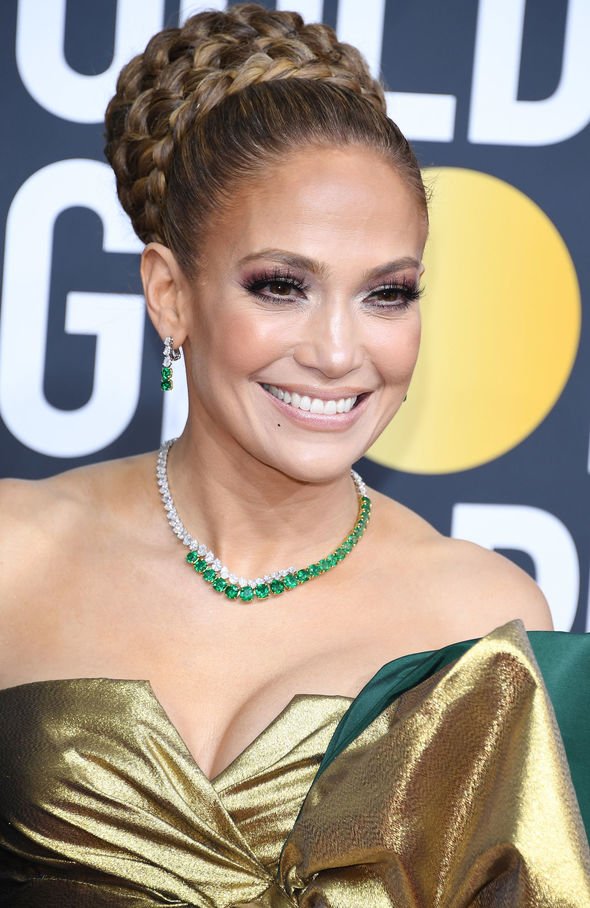 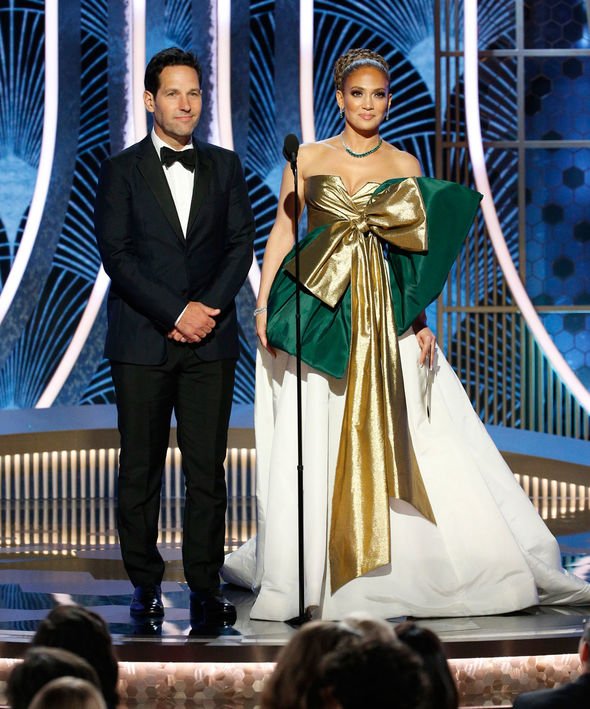 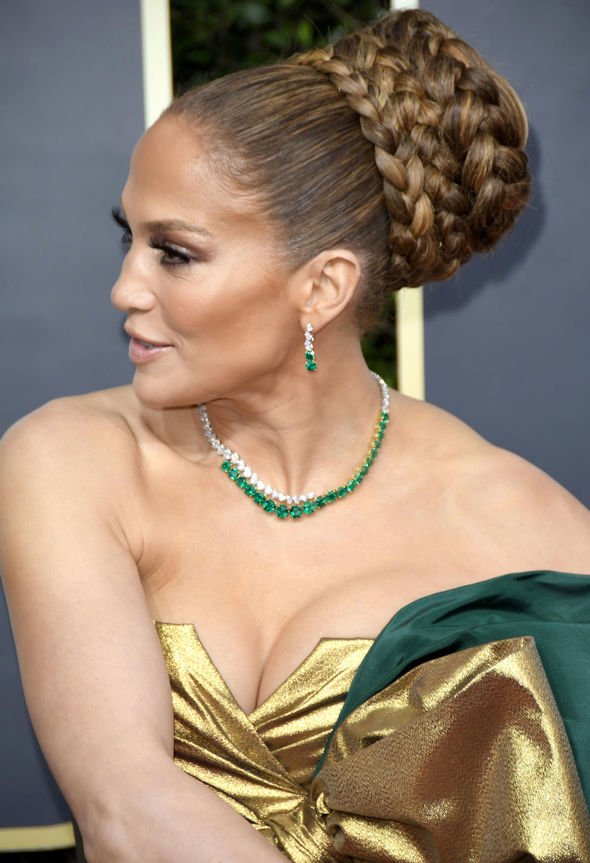 Last night, Jennifer, who played veteran stripper Ramona Vega in her latest movie, was in the running for the Best Supporting Actress in a Motion Picture award but eventually lost out to Laura Dern, 52.

She scooped the Golden Globe for her portrayal of Nora Fanshaw in Marriage Story.

Also picking up a prestigious award at the Hollywood event, which was presented by British comedian Ricky Gervais, was Renee Zellweger for her film Judy and  Joaquin Phoenix for Joker.