Jennifer Garner continued to weather the storm brought on by her ex-husband Ben Affleck’s comments about their marriage as she picked her children after school on Thursday.

The 49-year-old actress was bundled up in a thick black coat as she was seen out in Los Angeles with her son Samuel, nine, and her daughter Violet, 16.

Jennifer was staying close to her family following her ex-husband Ben Affleck’s recent comments about feeling ‘trapped’ in their marriage, which were widely interpreted as a criticism of her, though he later defended her on Jimmy Kimmel Live. 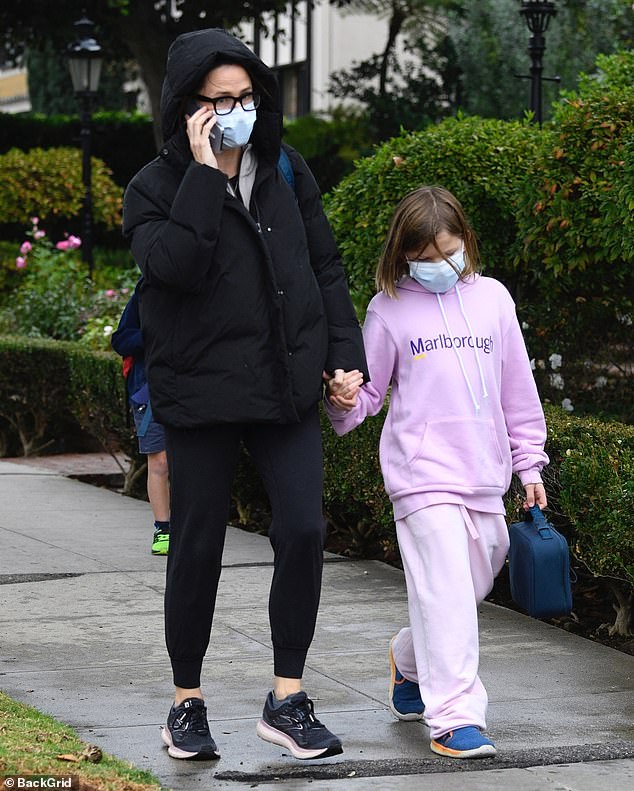 Family time: Jennifer Garner, 49, was bundled up against the rain on Thursday as she picked up her son Samuel, nine, following her ex Ben Affleck’s comments about feeling ‘trapped’ in their marriage

The Alias star sweetly held hands with Samuel after meeting up.

She paired her down jacket with simple black leggings and sporty black trainers while wearing black glasses and a mask.

The actress also appeared to have helped out her son by slinging his backpack over her shoulder.

Samuel looked casual in a pale pink hoodie and matching sweatpants, along with blue trainers with orange trim.

He carried along a navy blue lunch bag and sported shaggy hair. 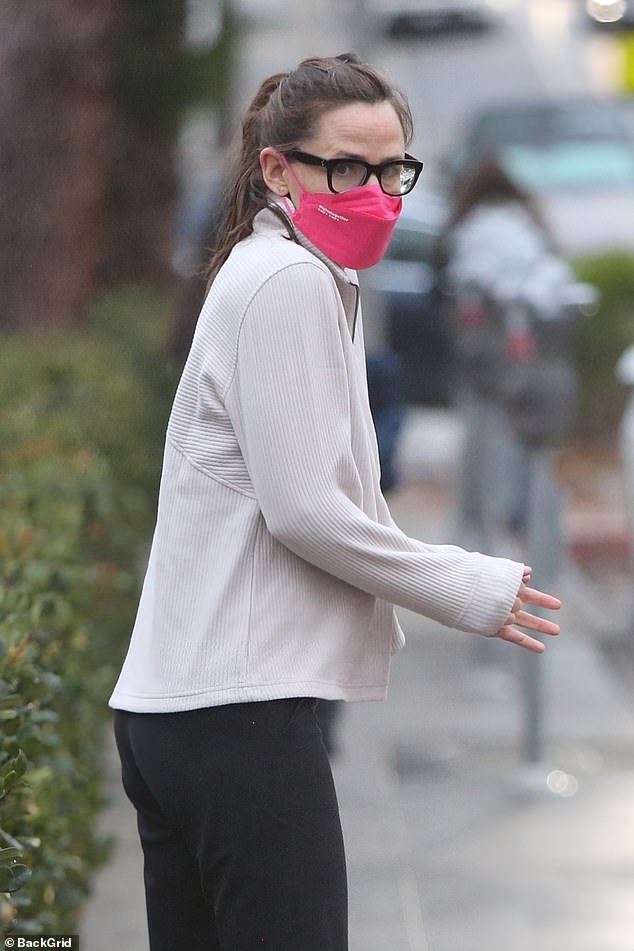 Casual: The Alias star wore a black coat and black leggings. She was also seen in a light cream-colored jacket 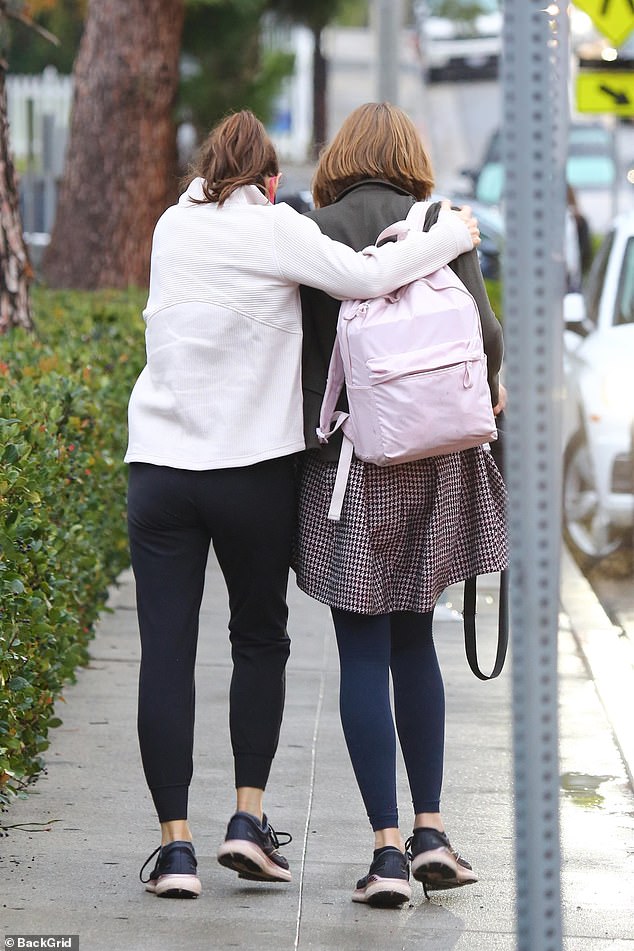 Mother–daughter time: She also met up with her oldest daughter Violet, 16, who wore a houndstooth skirt with black leggings and matching trainers 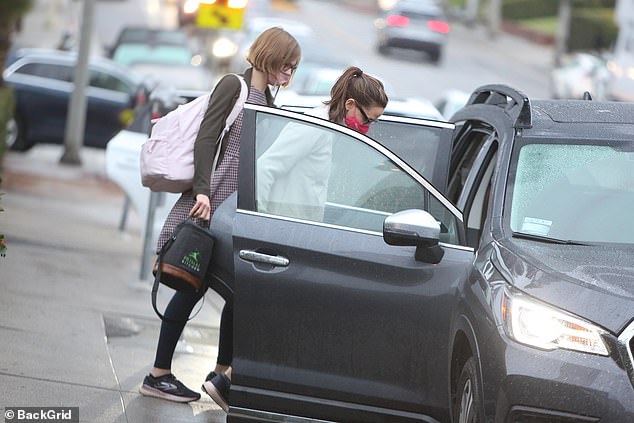 Jennifer was also spotted out on Thursday with her mini-me daughter Violet, who wore a black-and-white houndstooth dress with an olive-colored jacket and black trainers.

She had her hair styled in a bob and wore thick glasses just like her mother.

The 13 Going On 30 star has been staying close to family in the wake of her ex-husband Ben Affleck’s controversial interview with Howard Stern on Monday.

During the conversation, the Argo director said he felt ‘trapped’ in his marriage to Jennifer, which led him to abuse alcohol.

‘I’d probably still be drinking,’ he said, musing about what it would be like if the two had stayed married. ‘It’s part of why I started drinking … because I was trapped.’

He continued: ‘I was like “I can’t leave ’cause of my kids, but I’m not happy, what do I do?” What I did was drink a bottle of scotch and fall asleep on the couch, which turned out not to be the solution.’

Affleck, who has gone to rehab multiple times over the years for his alcohol addiction, never explicitly pointed the finger at Jennifer — whom he complimented on her parenting — during the conversation with Stern, and he appeared to suggest the two were simply incompatible over the long term. 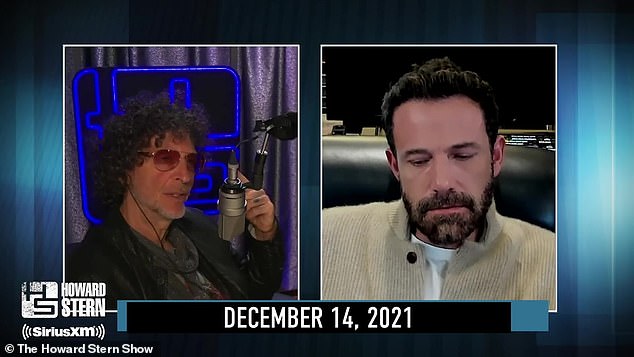 Dark times: On Monday, her ex-husband Ben Affleck told Howard Stern that he felt ‘trapped’ in the marriage and abused alcohol due to those feelings 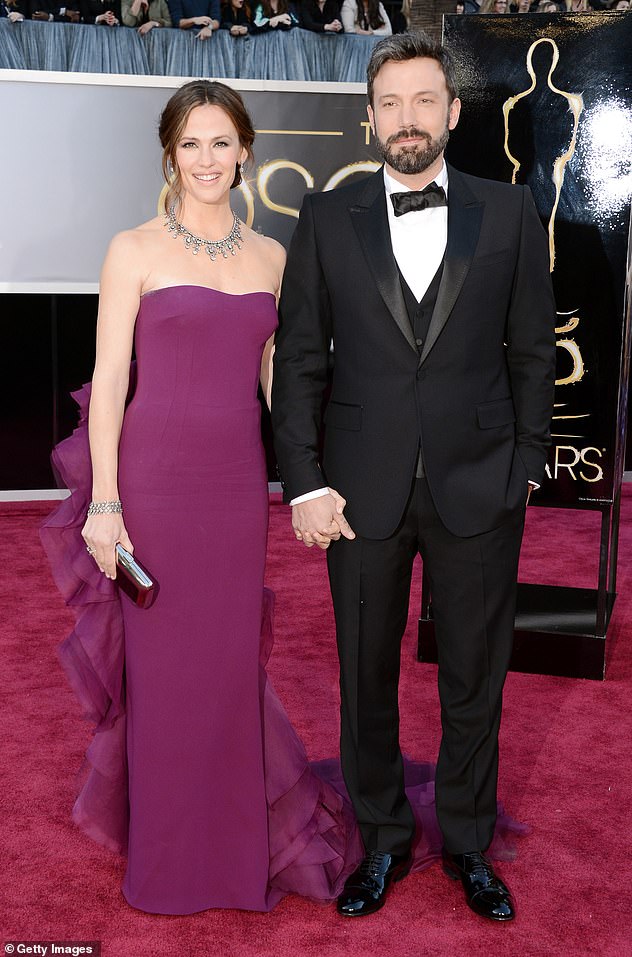 Disconnect: Ben didn’t explicitly blame his ex-wife Jennifer and complimented her parenting, but many fans nonetheless interpreted his statements as blaming her for his drinking; seen in 2013

‘I knew she was a good mom. I always hoped that she knew that I was a good dad; I knew I was,’ he told Stern. ‘I had to get sober, and I knew that too and I acknowledged that.’

It was the couple’s children — Violet, 12-year-old Seraphina and Samuel — who kept them together as long as they were.

Ben and Jen began their relationship in 2004 after previously working together on the films Pearl Harbor (2001) and Daredevil (2003).

The couple married the following year, but split in 2015, just a day after their 10-year anniversary, and they finalized their divorce in 2018.

During Ben’s Wednesday appearance on Jimmy Kimmel Live, he brought up the Howard Stern interview and said it ‘hurts’ to see himself painted as the ‘worst, most insensitive, stupid, awful guy.’

Though he said he was ‘happy’ with the lengthy chat, he said online critics ‘had literally taken the conversation that I had had for two hours and made it seem as if I was saying the exact opposite of what I had said.’ 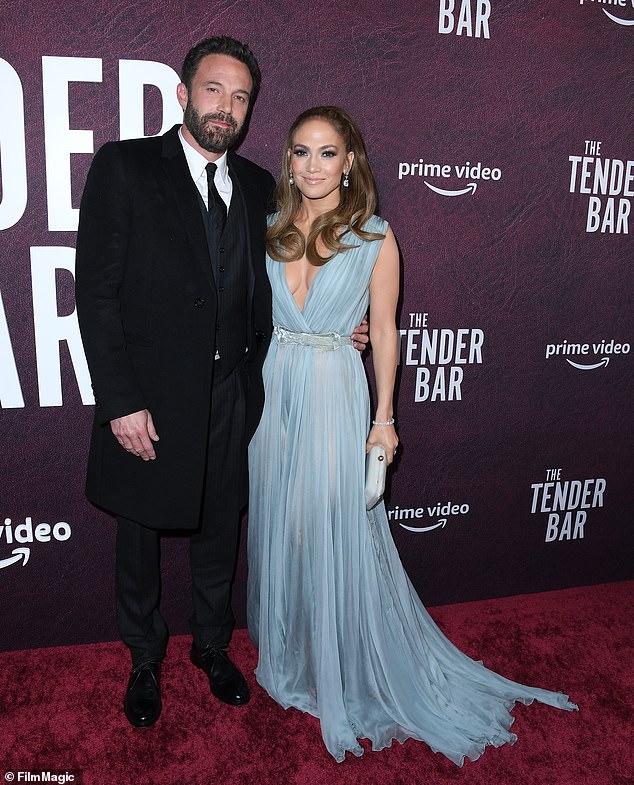 Not a happy camper: On Wednesday, a source told Page Six that Affleck’s former fiancée and reunited girlfriend Jennifer Lopez was ‘pissed’ over his comments; seen December 12 in Hollywood

‘It said that I had blamed my ex-wife for my alcoholism, that I was trapped in this marriage — just made me out to be the worst, most insensitive, stupid, awful guy,’ he continued, adding, ‘I don’t believe that — it’s the exact opposite of who I am, what I believe, and I would never want my kids to ever say a bad word about their mom.’

A source close to him later defended him to Page Six, saying his comments were reported out of ‘context,’ while an industry insider close to the former couple called his comments ‘disgusting.’

‘Jen has been the only one picking him up time and time again when he’s done horrible things — fallen off the wagon or worse,’ they said. ‘Jen stood by him because she loves him. This is the mother of his children.’

Another source claimed his comments were ‘untrue’ and described the statements as ‘addict behavior.’

On Wednesday, a source told Page Six that Affleck’s former fiancée and reunited girlfriend Jennifer Lopez was ‘pissed’ over his comments. 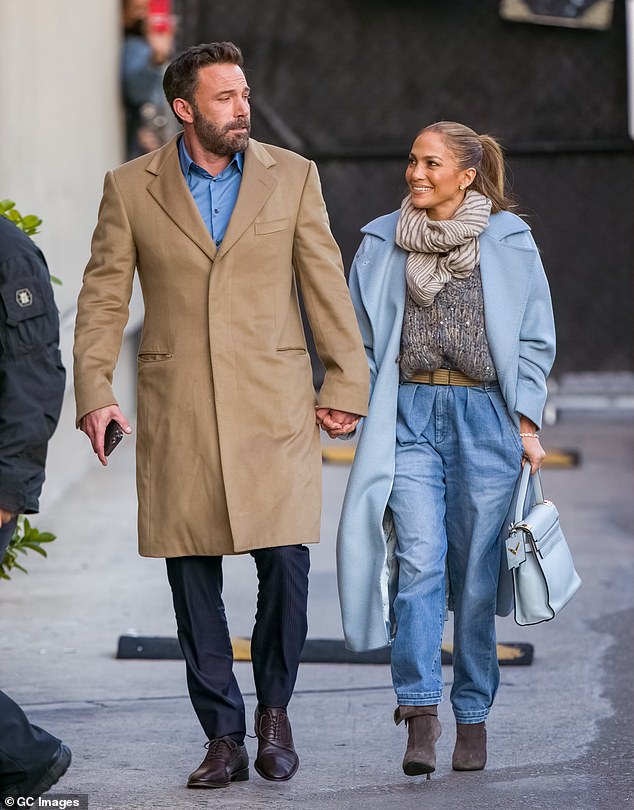 All smiles: But another source close to her said that characterization of her feelings was ‘not true,’ and she accompanied Ben to the Jimmy Kimmel taping on Wednesday while smiling and holding hands

‘She is getting pulled into this because she is dating him. She doesn’t want to be dragged into this,’ they claimed.

‘She has met Jennifer Garner. She is trying to get to know her and Ben’s kids,’ the source said, adding that it was ‘reckless and cavalier’ of Ben to speak about his marriage that way.

However, another source said that characterization of Lopez’s feeling was ‘not true.’

The couple were seen holding hands and smiling as they put on a unified front while walking into the studio for Ben’s appearance with Jimmy Kimmel.