Jeff Lewis revealed his ‘recovery is going well’ after undergoing a ‘cutting edge’ eye surgery to reposition the fat under his eyes for a more youthful appearance.

While updating his 808,000 Instagram followers, the Flipping Out alum, 51, posted a photo reclining on the couch with two small bags of frozen peas over his eyes and a gel eye mask on Saturday.

His four-year-old Monroe, who he shares with ex Gage Edward, stood by his side and sweetly lent her dad a few toys and her snowman blanket to keep him company. 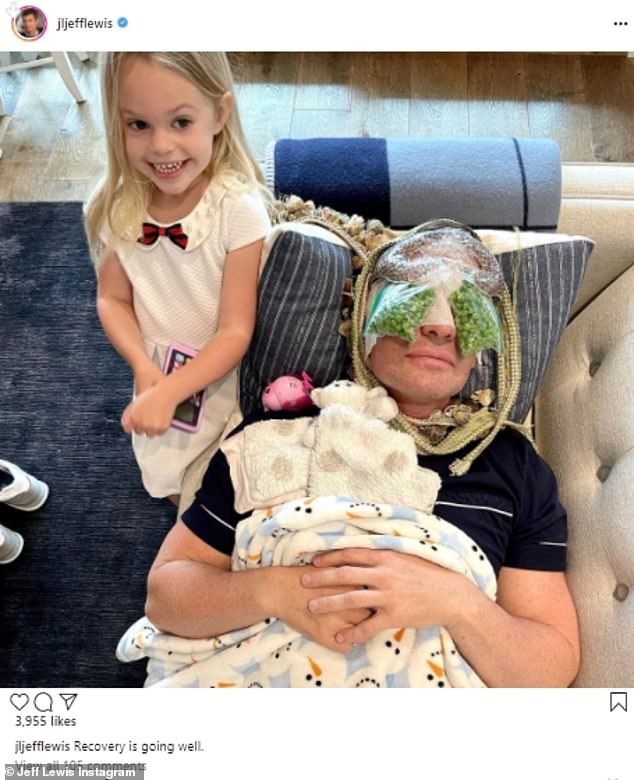 On Monday, Lewis shared a photo of himself lounging on his patio with his face still covered in gauze as he rocked a pair of yellow-tinted aviator sunglasses and a black baseball cap.

‘Day 3 of recovery,’ he captioned the shot, which he paired with Sheryl Crow’s 2002 hit track, Soak Up the Sun.

Last week on the May 24 episode of his SiriusXM radio show, Jeff Lewis Live, the father-of-one opened up about the ‘fat repositioning’ procedure. 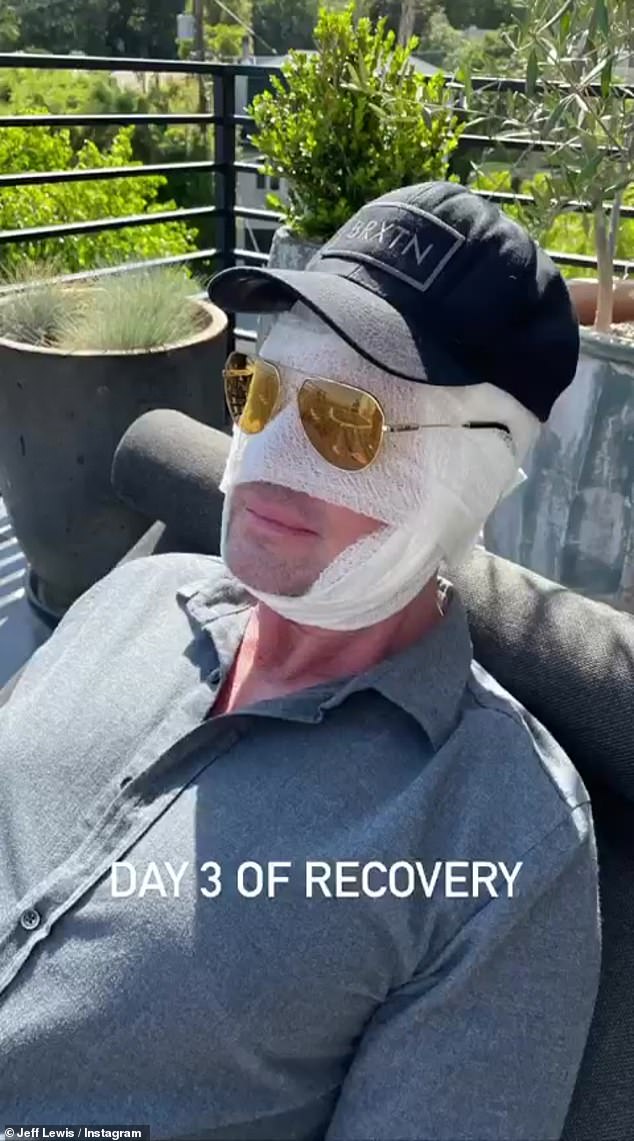 ‘Day 3 of recovery,’ he captioned the shot, which he paired with Sheryl Crow’s 2002 hit track, Soak Up the Sun

‘This is kind of a cutting edge procedure. Normally, they’ll suck out the fat, but this doesn’t require folding of the skin or stitching or pulling. They go inside my eye lid but it doesn’t change the shape of your eye,’ he explained to listeners.

He also said the surgery, which shifted the fat under his eyes to give a fuller appearance, should just make him ‘look rested.’

‘It’s not like a huge, big difference,’ the interior designer prefaced, just weeks after news he will be starring in a new unscripted series on IMDb TV. 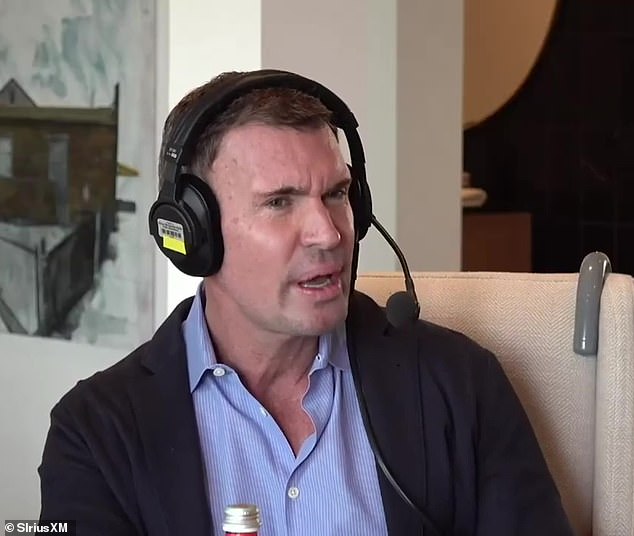 Upcoming: Earlier this month, news broke he will star in a new unscripted series on IMDb TV

Lewis will executive produce the show, which will showcase his ‘unique home design, celebrity clientele and never-before-seen design innovation,’ IMDb TV said in a news release.

The new show will focus on Lewis, who starred on the Bravo show Flipping Out, which ended after an 11-season run in November 2018.

It will follow the interior design expert as he works with ‘high-maintenance celebrities and ambitious home design projects while juggling his staff and personal life, which are all a work in progress,’ according to the streaming service.