The twin brothers found fame in the sixth series of The X Factor in 2009.

And, Jedward sent fans into meltdown during the early hours of Monday morning, as they shared an unexpected NAKED photo to Twitter.

It appeared to be Edward Grimes, 29, in the racy Valentine’s themed shot, which left some followers questioning if his pop-star twin John had taken the saucy snap. 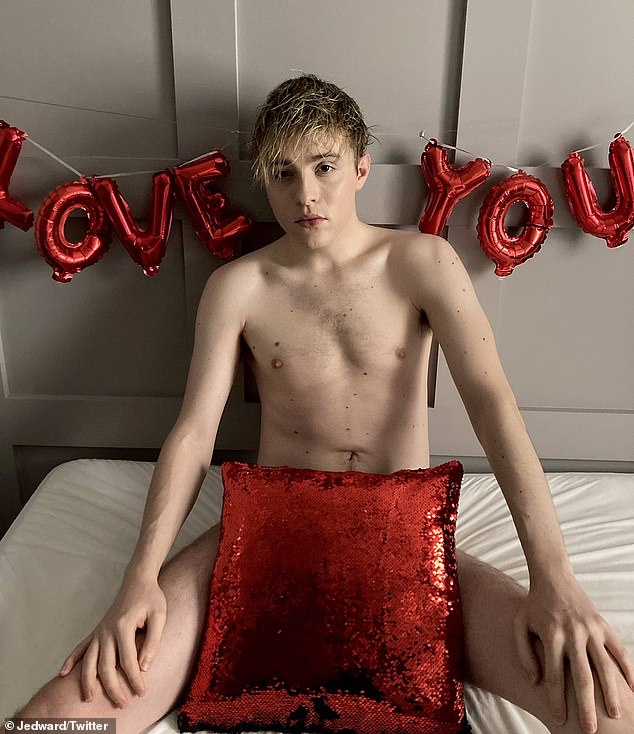 Love you!? Jedward sent fans into meltdown during the early hours of Monday morning as they shared an unexpected NAKED photo to Twitter

With just a sparkly cushion protecting his modesty, Edward was sat on a bed, with his legs spread open.

Behind the seemingly naked singer were red balloons spelling out: ‘LOVE YOU’ and the shot, uploaded without a caption, instantly sent Twitter into overdrive.

‘I wasn’t expecting a Jedward thirst trap on twitter this evening,’ admitted one follower.

‘I didn’t think in 2021 I’d be lusting after Jedward, but here we are,’ added someone else. 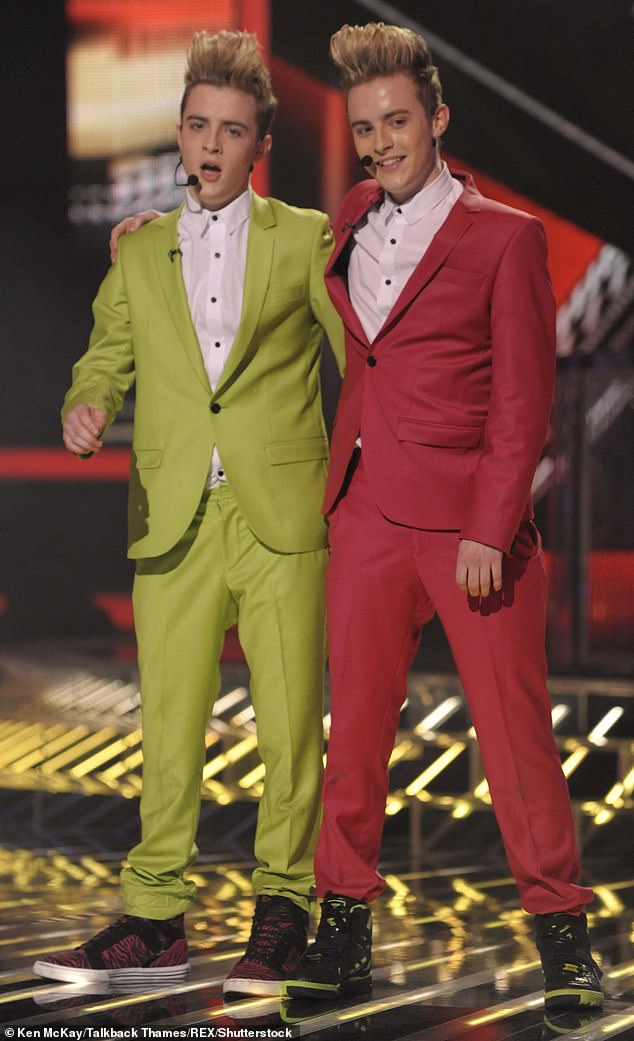 Pop stars: The twin brothers found fame in the sixth series of The X Factor in 2009 (Pictured)

One fan noted: ‘This is rather saucy isn’t it? happy valentine’s day babes!’ with another asking: ‘Jedward doing only fans now?’

‘What’s something not illegal that feel’s illegal…’ joked someone else, while another follower added: ‘Please tell me your brother didn’t take that photo.’

Following being catapulted into the spotlight while on The X Factor, Jedward went on to appear in Celebrity Big Brother in 2011.

Fan-reaction: The shot, uploaded without a caption, instantly sent Twitter into overdrive 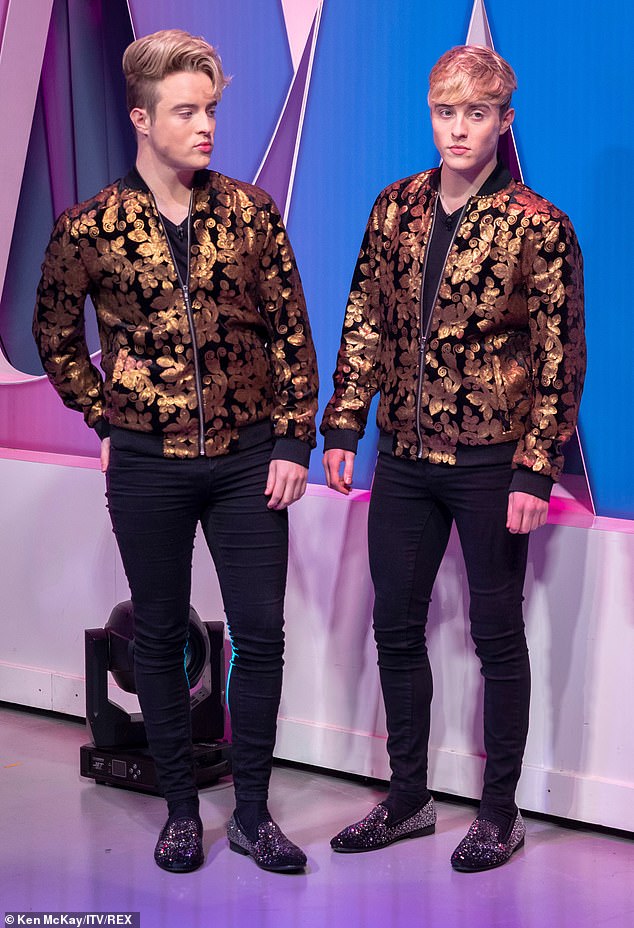 Snazzy: The twins are known for their eccentric fashion sense and iconic hairstyles

In February 2019, Jedward lost their mother Susanna, following her five-year battle with cancer and turned to Tara Reid in LA for support, with the twins living in the same building as the American Pie star.

During an appearance on Loose Women last June, The trio discussed turning to each other after losing their mothers as they continue to quarantine together during the COVID-19 pandemic.

Edward said: ‘The things about it is Tara and us, we all lost our mums within the same year so I feel like we’re all a support network. It was a very hard time for it all.’

‘And during this time… Our families who we would have quarantined with aren’t there, so us together, we can relate to each others’ situations. I feel like we’re looking after each other and have the best intent.’