Jared Leto treated his Instagram following to a sizzling selfie on Monday.

The 48-year-old Oscar winner posed in front of the mirror with his shirt half-open to show off his muscular chest.

Gathering his signature long, dark locks into a messy updo, the Suicide Squad star pulled his best smoldering supermodel stare for the camera. 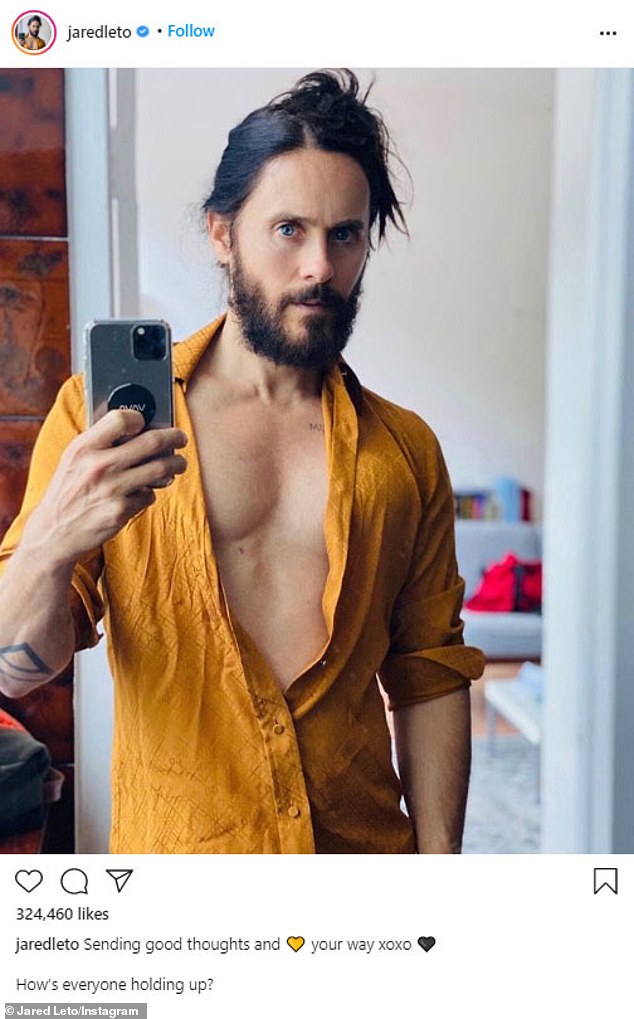 ‘Sending good thoughts and [heart] your way xoxo,’ he wrote to his over 10 million followers, asking: ‘How’s everyone holding up?’

A couple of months ago People reported he is dating 26-year-old Russian model Valery Kaufman whom he is said to have met in 2015.

‘They initially seemed to be friends. They would meet up with groups of people and all hangout. They didn’t go on solo dates,’ an insider dished.

‘Over the years, things seem to have turned romantic. They have been off and on now for a few years, but seem to spend more time together lately.’ 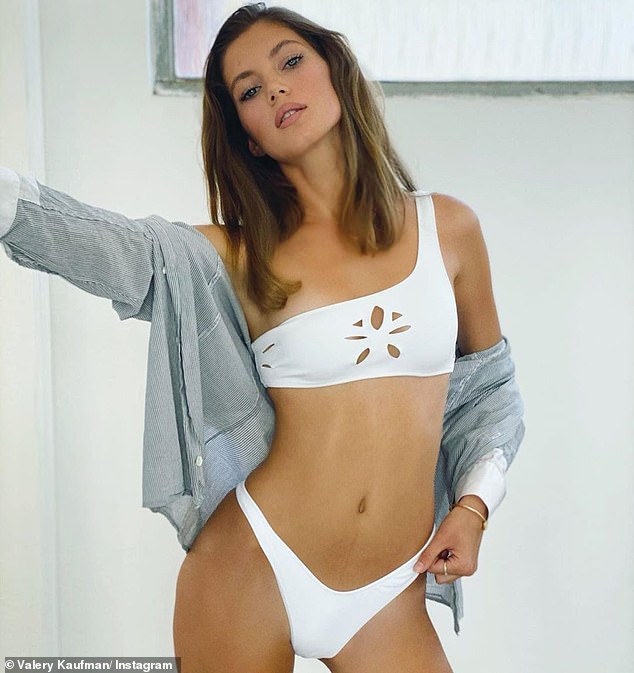 There she is: A couple of months ago People reported he is dating 26-year-old Russian model Valery Kaufman whom he is said to have met in 2015

Jared has been in the band 30 Seconds To Mars with his brother Shannon since 1998 and the group was meant to throw a festival on a private Croatian island this month.

Entitled Mars Island, the event has been delayed to August of next year on account of the ongoing coronavirus pandemic.

Shannon was spotted earlier this month sharing a kiss with Cara Santana in the wake of her split from Jesse Metcalfe who is rumored to have been unfaithful to her. 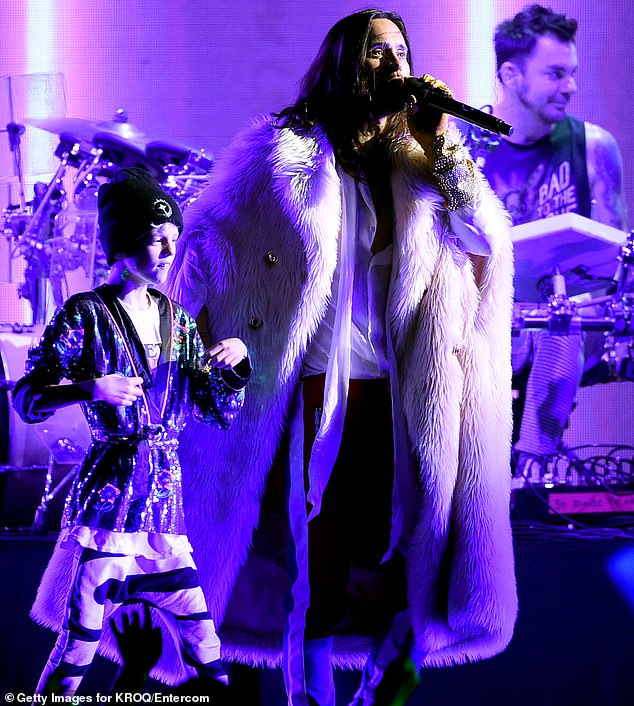 Family business: Jared has been in the band 30 Seconds To Mars with his brother Shannon since 1998; the brothers are pictured performing with the band in Inglewood in 2018

The act have been selling themed merchandise on their website throughout the COVID-19 lockdowns including masks.

One of the face coverings helpfully reads: ‘WEAR A DAMN MASK’ while another one says: ‘I’M ACTUALLY SMILING.’ 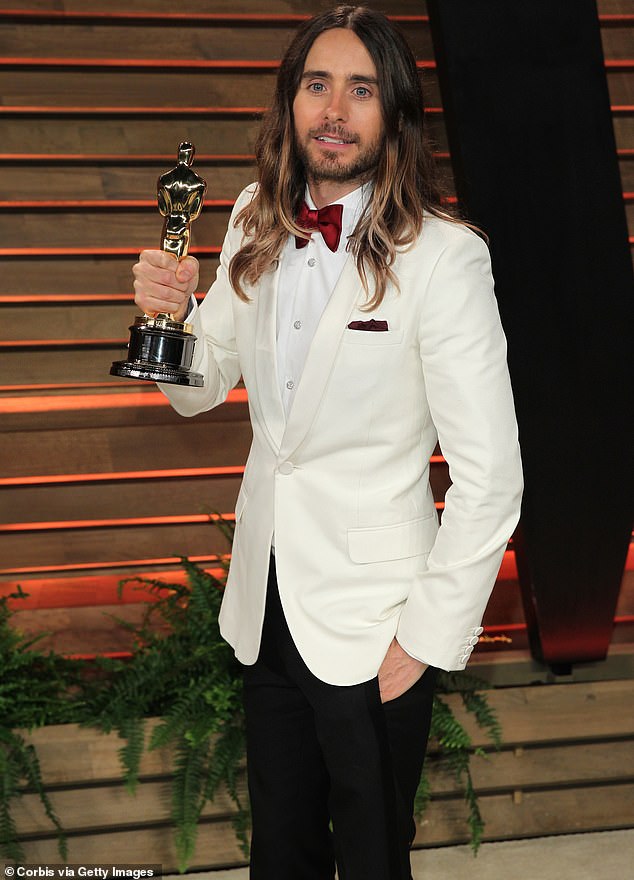