The 38-year-old singer – who was married to Caussin from 2015 until 2021 – revealed that the retired athlete, 35, didn’t perform oral sex on her for years, on the new episode of her Whine Down podcast on Monday.

‘My ex-husband, the third … he didn’t do that for the first time until we were maybe getting back together, when he got out of rehab,’ she shared. 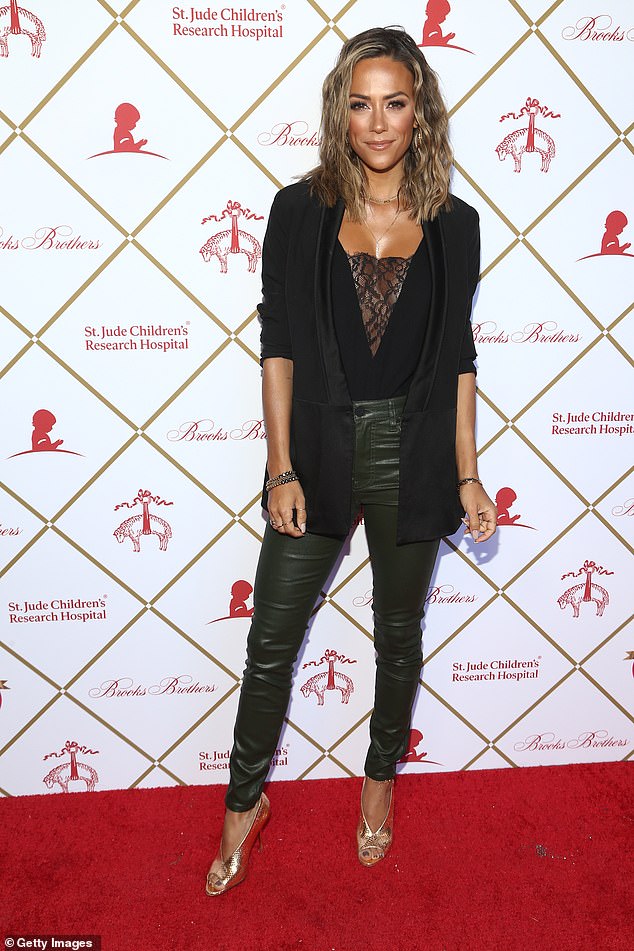 Intimate details: Jana Kramer revealed that her ex-husband Mike Caussin didn’t perform oral sex on her for years, on the new episode of her Whine Down podcast on Monday; Pictured 2021

The One Tree Hill star also added that Caussin wasn’t the only partner who didn’t enjoy oral sex, stating that she had only done that with ‘maybe one or two guys’ prior to Caussin.

The country singer went on to say that to her the act is very ‘intimate’ and she feels more comfortable having regular sex.

Kramer said she gets ‘really shy’ when a man attempts to perform oral sex on her, and that she usually tells them, ‘No, no, no, let’s just have sex. Come up, come on.’ 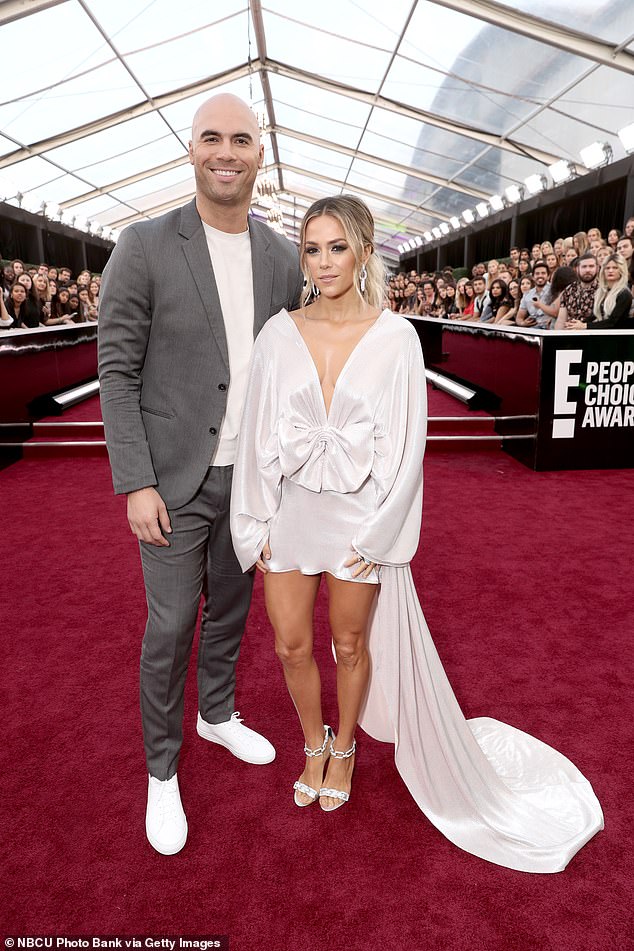 Interesting: ‘My ex-husband, the third … he didn’t do that for the first time until we were maybe getting back together, when he got out of rehab,’ the One Tree Hill star shared; Pictured 2019

It comes after Kramer went into detail about her failed marriage to the NFL star during an appearance on Facebook’s Red Table Talk last month.

Kramer was overcome with emotion as she delved into the scores of women that Caussin had allegedly slept with.

‘Over time, you found out [Caussin] cheated with 13 women?’ the host Jada Pinkett Smith asked delicately, before Kramer claimed there were even ‘more’ women. 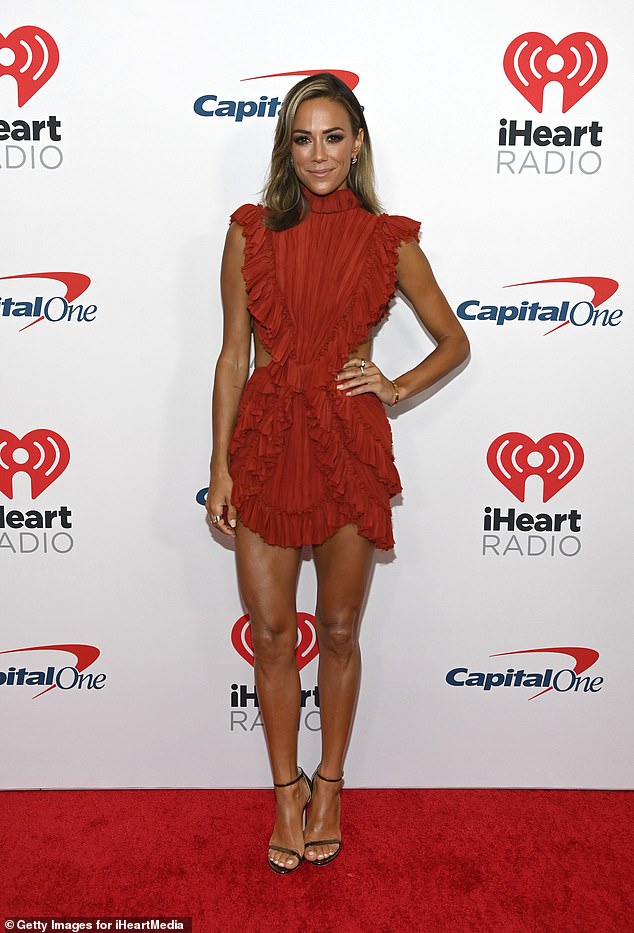 Shy: The country singer added that to her the act is very ‘intimate’ and she feels ‘really shy’ when a man attempts oral sex, and she is more comfortable having regular sex; Pictured 2021

During the interview Kramer also revealed that she took a bat to a pantry door and several of Mike’s treasured belongings after learning he’d ‘cheated’ on her again.

Caussin has not yet publicly responded to his ex-wife’s claims, though he previously admitted to being a sex addict.

During a 2019 episode of Kramer’s podcast Whine Down, Caussin shared that he ‘sought treatment for sex addiction in an inpatient treatment facility.’

He said at the time that his future ex was the one who pushed him to seek treatment. 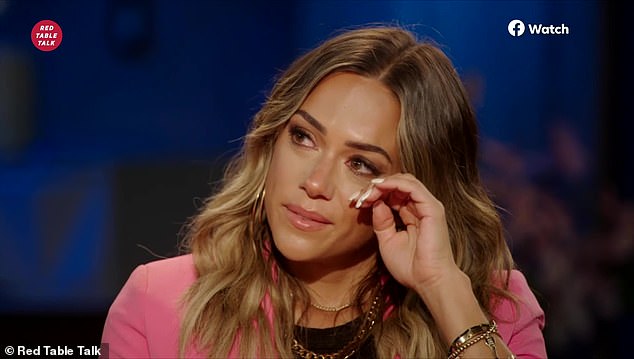 Overwhelmed: Lats month Jana teared up while discussing Mike’s alleged infidelities on the Red Table Talk, and claimed he cheated on her with ‘more’ than 13 women

‘Jana kind of gave me an ultimatum when everything came out, and she discovered everything, and she looked at me and said, “You need to go somewhere. Basically, you need to figure out what’s going on and what this is, or I’m gone, period,”‘ he recalled.

Kramer began dating Caussin in 2014, when he played for the Washington Commanders, but it was only a number of weeks before they split and she announced that he had cheated on her.

But the two reconciled, and they got engaged in December 2014 and married the following year. 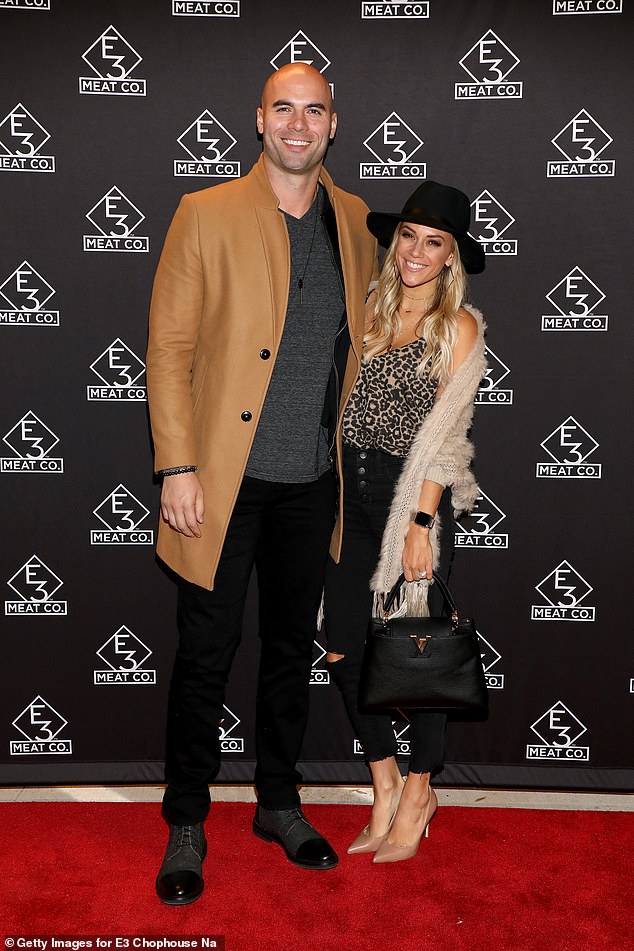 Turbulent union: The couple started dating in 2014. They got married in 2015 and divorced in 2021, but they weathered multiple of his cheating scandals, even dating to before the wedding; Pictured in 2019

The couple went on to welcome daughter Jolie, six, and son Jace, three.

They split again in 2016 before Caussin entered a rehab program, but they got back together in 2017.

But by 2021, Kramer had had enough, and she filed for divorce. The exes worked out a custody agreement giving her primary custody and allowing her to keep the children for around two-thirds of the year, while Caussin will have them the other third. 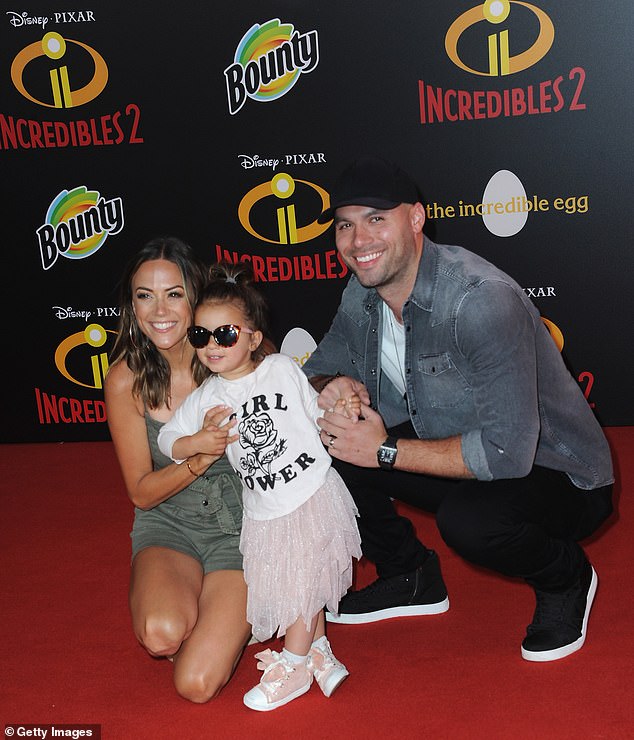 Parents of two: Jana and Caussin – who previously admitted to being a sex addict – share daughter Jolie, six, and son Jace, three; Pictured with Jolie in 2018