He’s been spotted enjoying dates with a mystery woman recently.

But Jamie Foxx headed for a late night dinner at Nobu in Malibu with a male pal on Saturday during which he was sporting an extremely bold look.

The actor, 52, looked stylish in a matching black tracksuit with a gold design as he headed into the restaurant with a Louis Vuitton face covering in place. 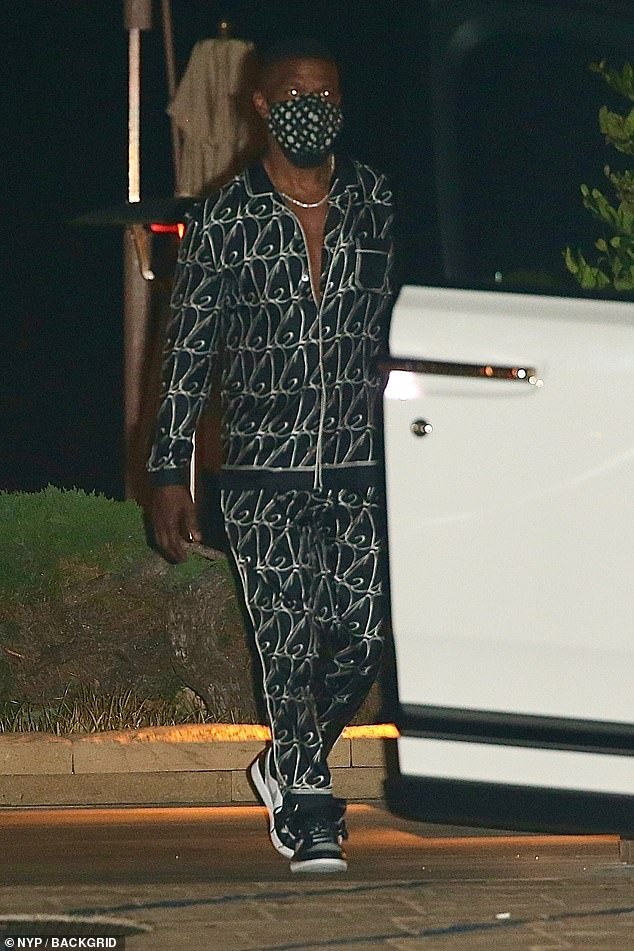 Casual: Jamie Foxx looked stylish in a gold and black tracksuit for a late night dinner with a friend at Malibu hotspot Nobu on Saturday

The Miami Vice star looked effortlessly cool as he accessorised with black and white trainers and a silver chain to perfectly round out the look.

Jamie made sure to put safety first as he donned the black Louis Vuitton face mask for the dinner in the swanky eatery.

After enjoying his meal, he hopped back into his white Bentley before driving home with his male friend in the passenger seat. 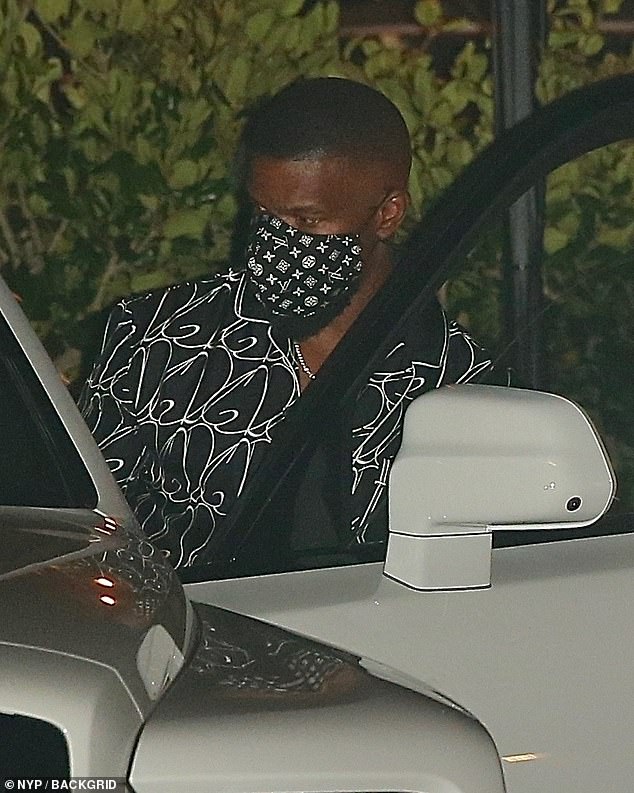 Precautions: Jamie made sure to put safety first as he donned a black Louis Vuitton face mask for the dinner 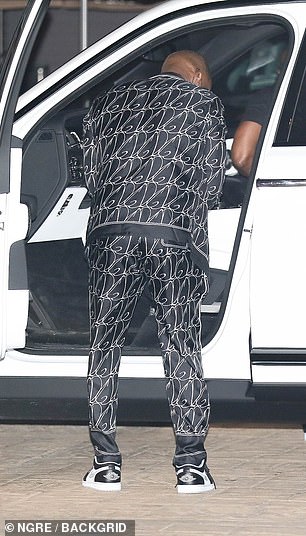 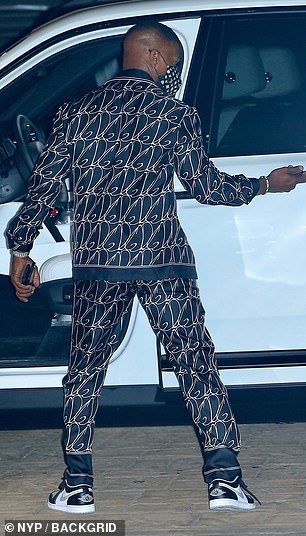 Cool: He showed off his unique style in the tracksuit as he enjoyed his evening with a male friend

Jamie has kept fans guessing about his love life in recent months, since he split from Katie Holmes last year.

He was seen leaving the same Nobu restaurant with a mystery woman twice last month.

While it’s not certain who Jamie’s lady friend is, he has been spotted with various mystery women of late. 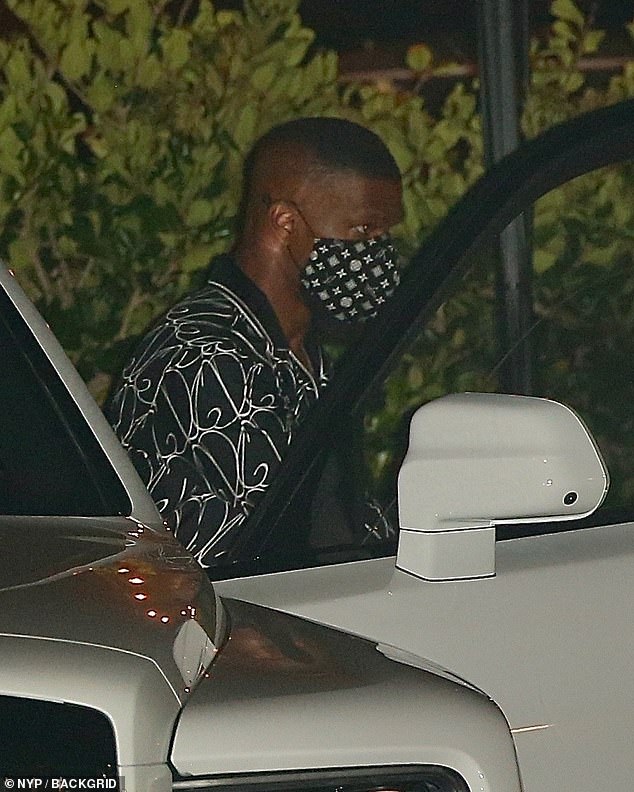 Stylish: The Miami Vice star looked effortlessly cool as he made his way into the eatery popular with celebs 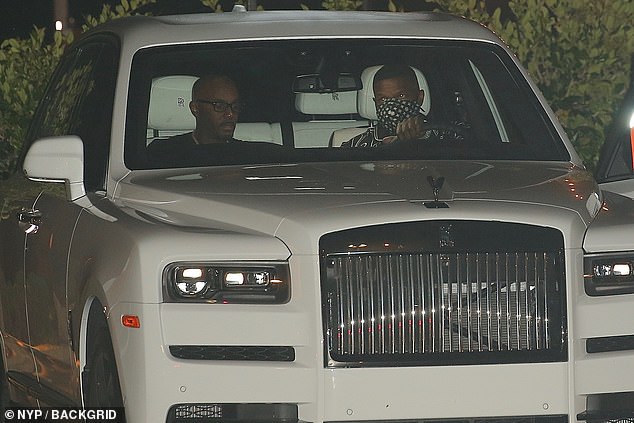 Heading off: After enjoying his meal, he hopped back into his white Bentley before driving home with his male friend in the passenger seat

Jamie’s six-year relationship with Dawson’s Creek star Katie ended in May 2019, and since the split rumors about his dating life have continued to swirl.

In December he was spotted leaving his 52nd birthday party with a young mystery woman.

The singer made his way to his car after partying with friends at a Hollywood club, taking the passengers seat while his date took the seat behind him.

The pair looked eager to keep the night going, as she caressed his face from the backseat and smiled.

Prior to this, he appeared to have moved on with singer Sela Vave, 19.

At one point it was reported he had even moved her into his Thousand Oaks mansion.

But Jamie denied the rumors, explaining in a video that the arrangement was strictly business as he was helping to launch her music career.

Prior to lockdown, Jamie was seen at a pre-Oscars party with a blonde woman. 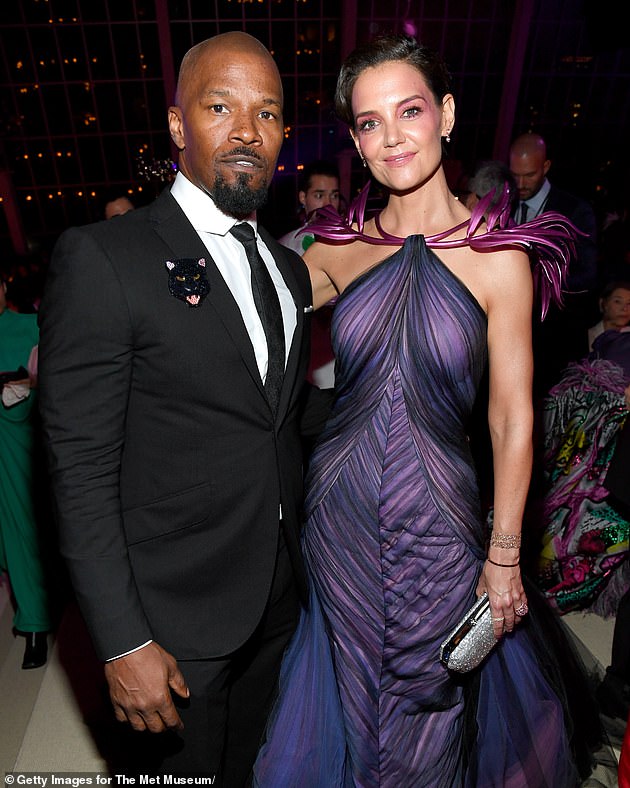 Over: Jamie’s last serious girlfriend was with Katie Holmes. The pair kept their five-year romance nearly completely secret but split in August 2019 (pictured May 2019)