‘She was trying to do a good thing’: Jamie Dornan defends Gal Gadot’s ‘cringeworthy’ Imagine celebrity viral video that was deemed ‘out of touch’ by social media users

Jamie Dornan has defended Gal Gadot’s ‘cringeworthy’ Imagine video that featured several celebrities singing the John Lennon hit to lift spirits during the coronavirus lockdown and was widely deemed out of touch by social media users.

The Wonder Woman actress, 34, recruited A-list stars including Jamie, Will Ferrell, Mark Ruffalo, Kristen Wiig and Amy Adams to take part in the video which was criticised as the celebrities were isolating in their luxurious homes.

Speaking on the Tea With Me podcast, Jamie, 37, admitted he was roped into the video by his friend and Barb and Star Go to Vista Del Mar co-star Kristen Wiig but insisted Gal was ‘trying to do a good thing’. 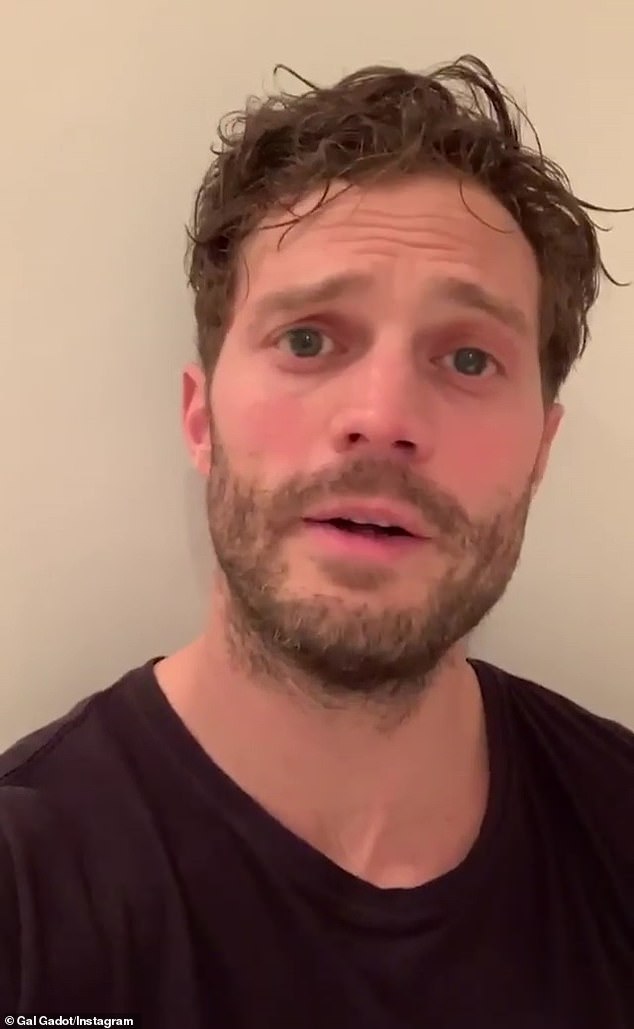 Speaking out: Jamie Dornan, 37, has defended Gal Gadot’s Imagine video that featured several celebrities singing the John Lennon hit and was widely deemed out of touch

He said: ‘Kristen and I did a movie together last summer that’s meant to be coming out on July 31 but who knows what will happen.

‘We got on brilliantly. I would do anything for her – that’s how highly I think of her. I was the biggest fan of her before anyway.

‘Not being on social media, I wasn’t aware of the reaction – but was made aware by mates,’ he added.

‘Kristen texted, “Gal and I are trying to organise this thing to lift spirits.” 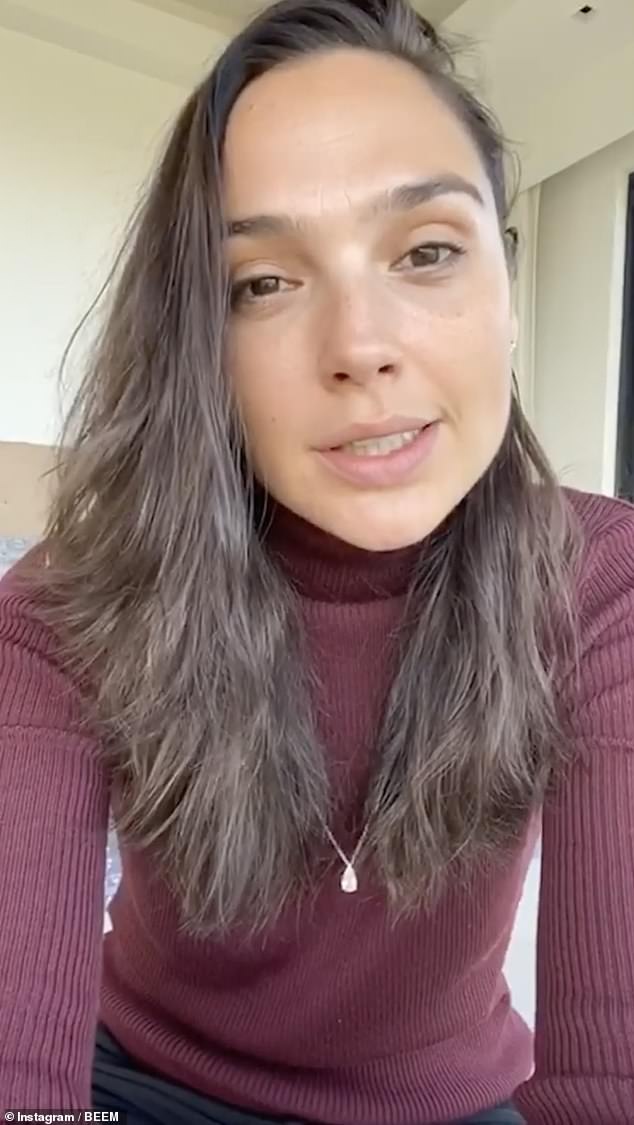 Star-studded: Gal recruited several A-list stars to take part in the video which was widely criticised as the celebrities were all isolating in their luxurious homes 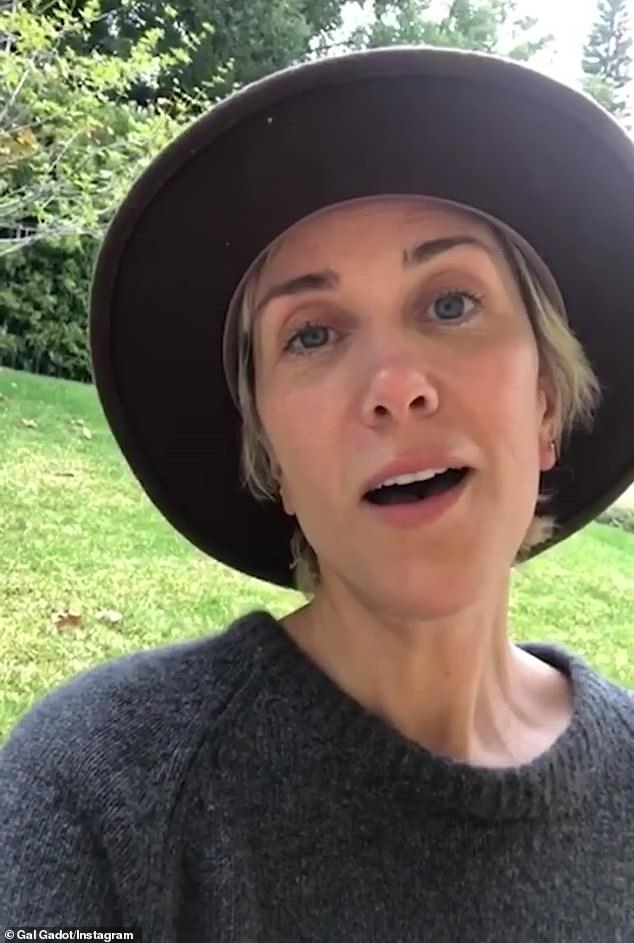 Pals: Jamie admitted he was roped into the video by his friend and Barb and Star Go to Vista Del Mar co-star Kristen Wiig

Jamie agreed to do the video and admitted he received a text message from Kristen several days after its release apologising for getting him involved.

Jamie filmed his segment from his toilet ‘to make it normal’ and insisted Gal was ‘trying to do a good thing’, adding: ‘I just got dragged along with it’.

The video was an attempt to lift people’s spirits during the coronavirus lockdowns taking place in several countries around the world. 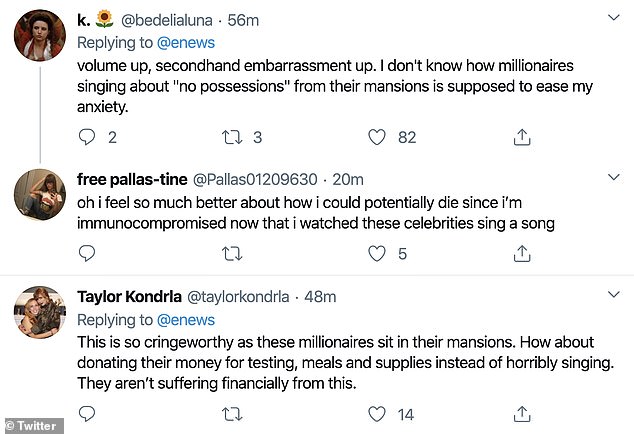 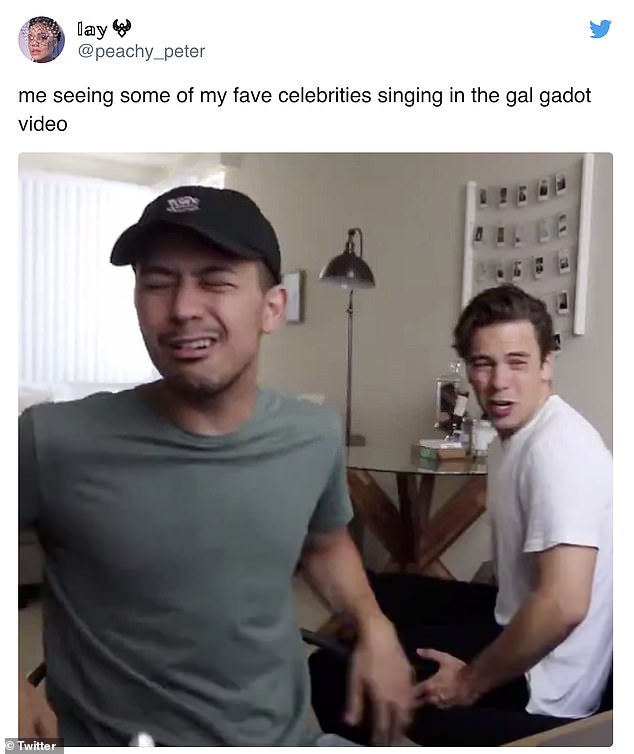 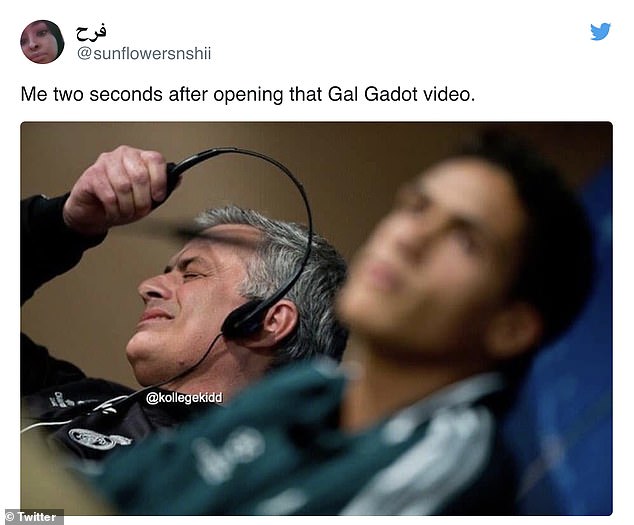 Out of touch: People were not impressed with the video, claiming they didn’t want to see wealthy A-list stars isolating in their lavish homes

However, social media users quickly condemned the video after its release, saying the stars were all isolating in luxury.

‘I don’t know how millionaires singing about “no possessions” from their mansions is supposed to ease my anxiety,’ one user wrote.

Asking the stars to put their money where their mouths are, someone else shared: ‘Cheesy and embarrassing, until they donate money I [couldn’t] care less about this video.’

‘Just seen the celeb Imagine video and now coronavirus no longer scares me,’ joked another. 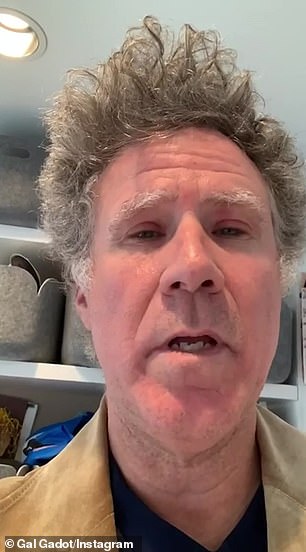 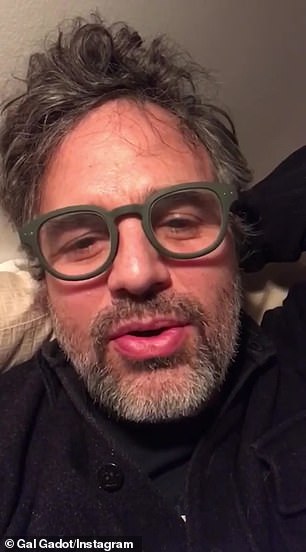 A-list: Will Ferrell and Mark Ruffalo were among the stars who appeared in the video

‘Me seeing some my my face celebrities singing in the Gal Gadot video,’ one person tweeted with a reaction image of two people grimacing.

Things all started with good intentions, as Wonder Woman actress Gadot explained in the original video.

She introduced the project saying: ‘Hey guys. Day six in self-quarantine. And I’ve got to say that these past few days got me feeling a bit philosophical.’

‘You know, this virus has affected the entire world, everyone — doesn’t matter who you are, where you are from, we are all in this together.’ 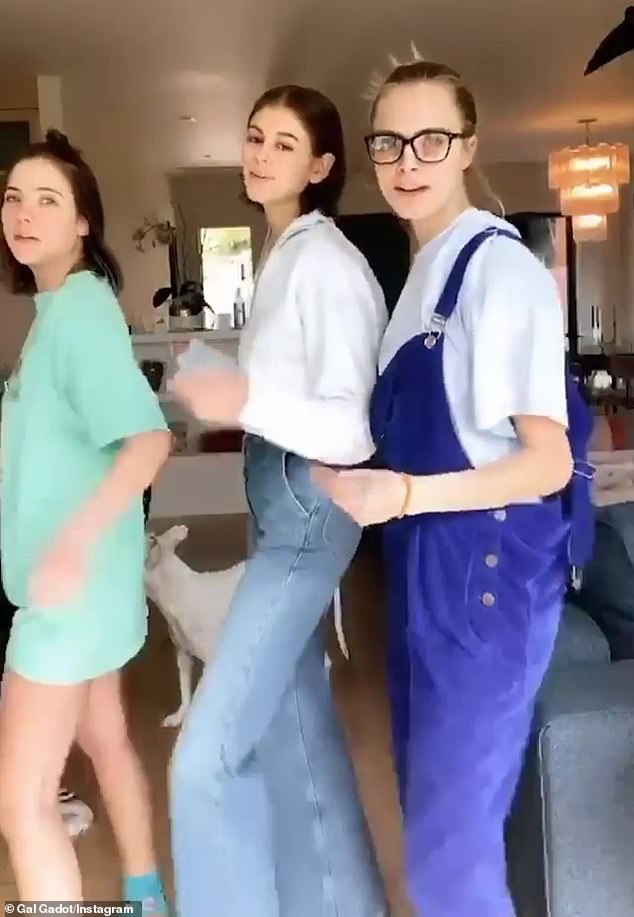 The Israeli starlet went on to say she was inspired by a viral video of an Italian man playing trumpet for his neighborhood as the country continues its lockdown.

‘There was something so powerful and pure about this video,’ Gal said before kicking off the song.

Things persists with a new celebrity delivering each line including Eddie Benjamin, Jimmy Fallon, and Sia. 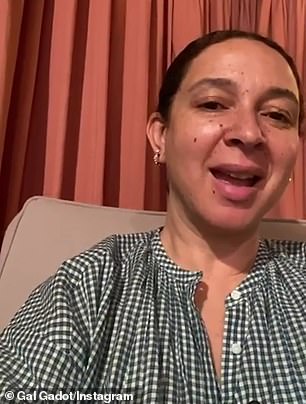 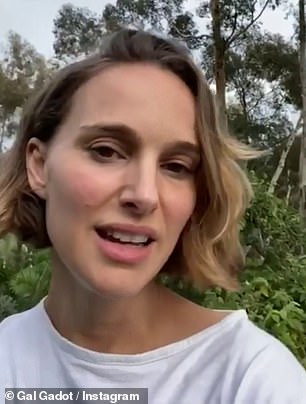 Song: Maya Rudolph and Natalie Portman were also among the stars who appeared

Although he has not seen any of the online criticism himself, Jamie said he could understand why some people were unimpressed with the video.

He said: ‘I’ll tell you what the problem was. I literally did mine in the toilet of my house. Quite clearly, some people had escaped to their second home. 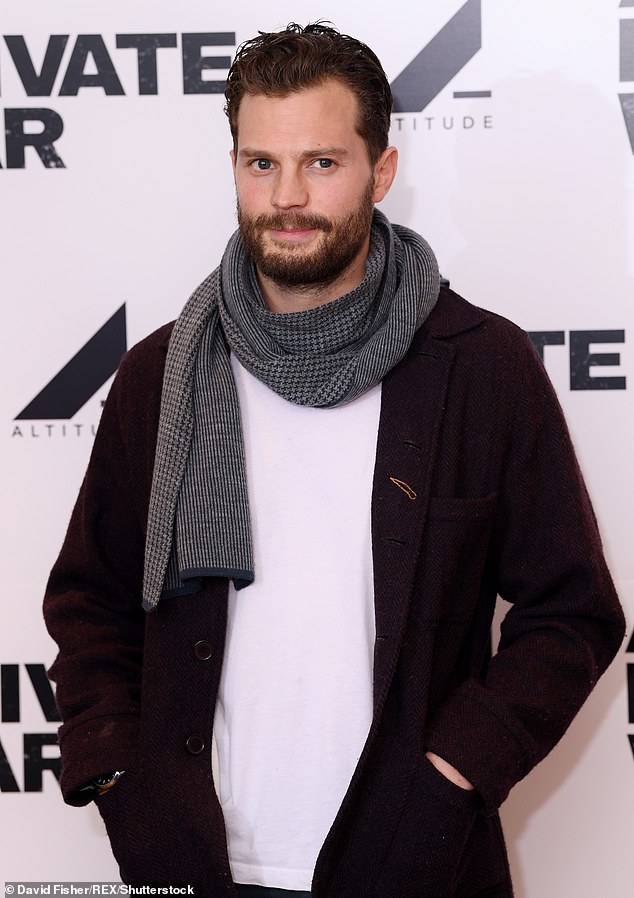 Jamie said: ‘I’ll tell you what the problem was. I literally did mine in the toilet of my house. Quite clearly, some people had escaped to their second home’