They’ve recently enjoyed a romantic break together in Dubai following a testing time for their relationship.

And Jacqueline Jossa appeared to be refreshed as she cut a chic figure in a leopard print dress at the launch party for Mike’s Pool Bar – a pop-up from drinks brand Mike’s Hard Sparkling Water on Thursday.

The I’m A Celebrity … Get Me Out Of Here winner, 27, could not contain her smiles as she posed with her husband of two years Dan Osborne, 28, at the London event. 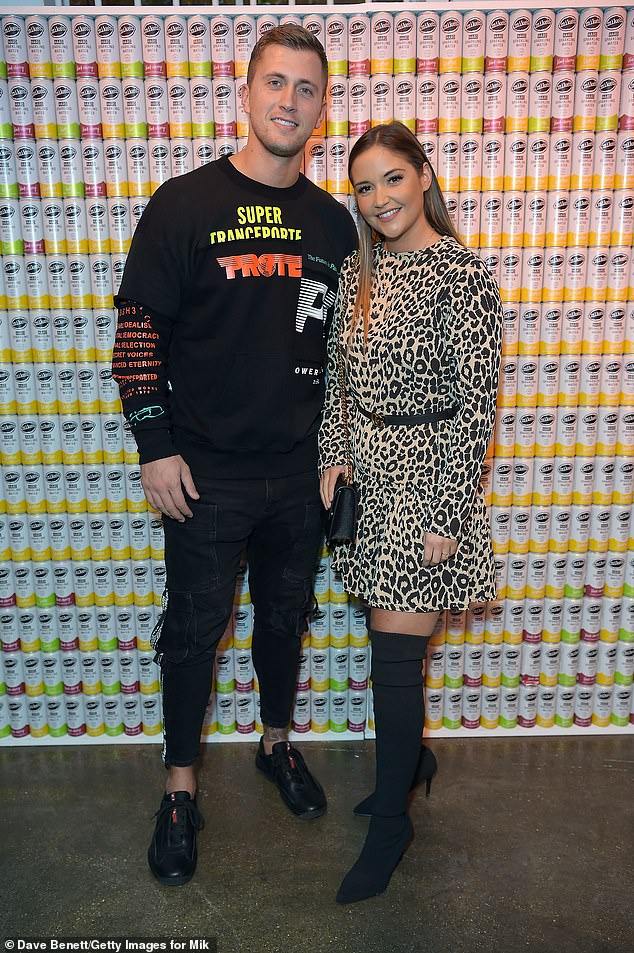 Happy couple: Jacqueline Jossa, 27, cut a chic figure as she cosied up to her husband Dan Osborne, 28, at the launch party for Mike’s Pool Bar – a pop-up from drinks brand Mike’s Hard Sparkling Water in London on Thursday

Jacqueline looked sensational in her patterned dress which boasted long sleeves and a slightly flared bottom.

She paired her outfit with some over the knee suede boots and donned a small Gucci belt to accentuate her slim waist.

The mother-of-two styled her caramel locks perfectly straight and tucked one side of her tresses behind her hair for the evening. 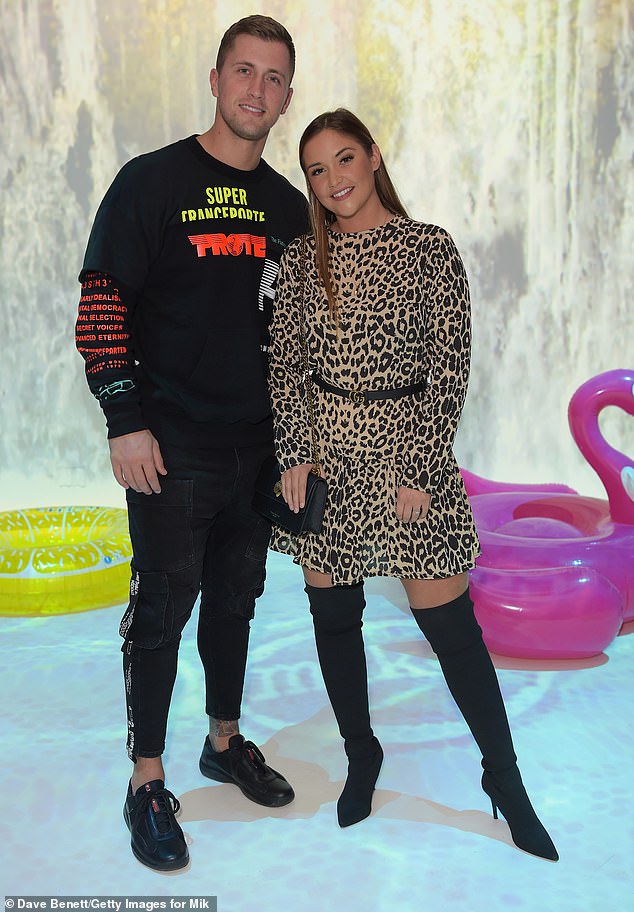 Wow: The actress wore her caramel locks down for the night and perfectly styled them straight

Dan also looked fashionable in black skinny jeans and a long sleeved t-shirt which was covered in writing.

He also appeared to be in good spirits and ensured he was perfectly groomed, with his locks swept back into a stylish quiff.

Jacqueline and Dan were joined at the event by DJ Ashley James who looked stylish in a black dress and took to the decks to provide some musical entertainment. 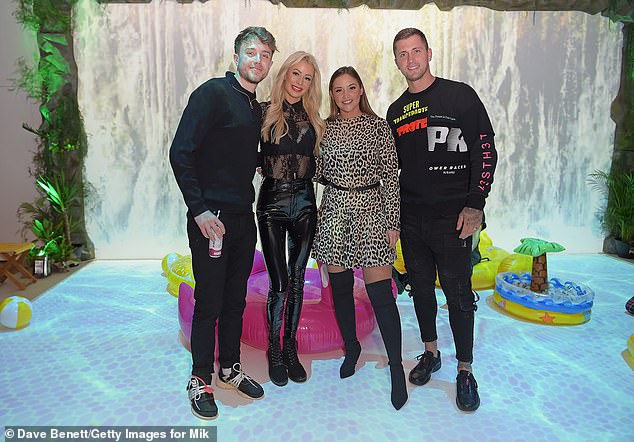 All together: Roman Kemp and Olivia Attwood appeared to be in good spirits as they joined the couple at the event 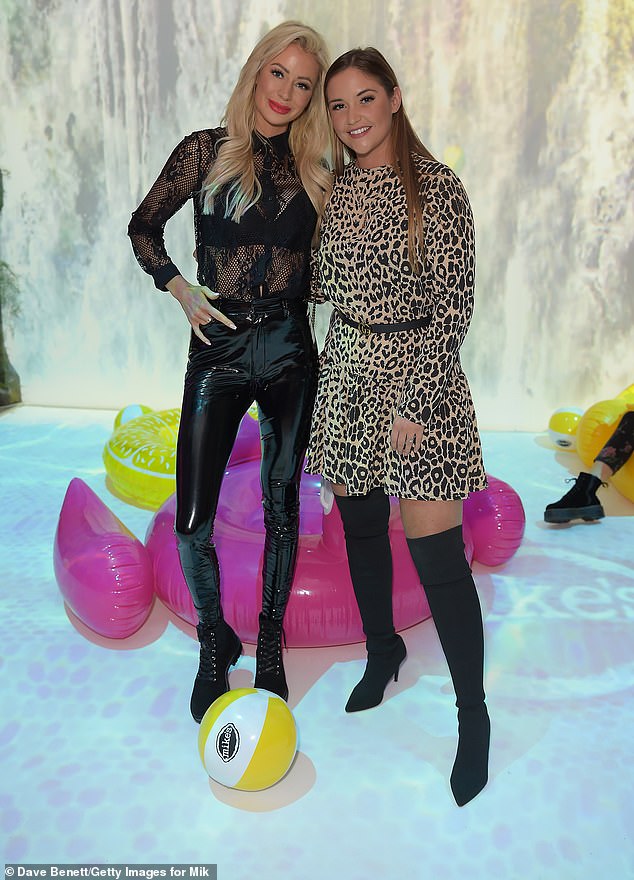 Glowing: Olivia and Jacqueline looked sensational as they posed for a snap by the inflatables 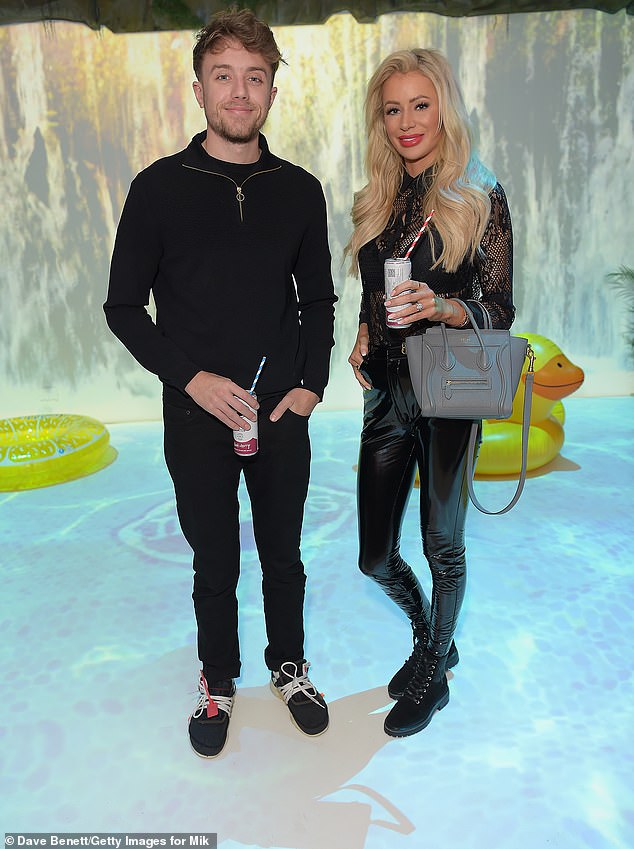 Smile: Roman looked smart in a zipped jumper and trousers while Olivia cut a fashionable figure in shiny leggings and a long sleeved black top

Love Island star Olivia Attwood was also spotted enjoying the party while rocking a pair of shiny black leggings and a lacy top which gave a glimpse of her bra.

She posed for a snap alongside Jacqueline and Dan, as well as Roman Kemp who cut a dapper figure in a zipped jumper and trainers.

Dan and Jacqueline are giving their romance a fresh start after he apologised for doing things he wasn’t proud of in their relationship. 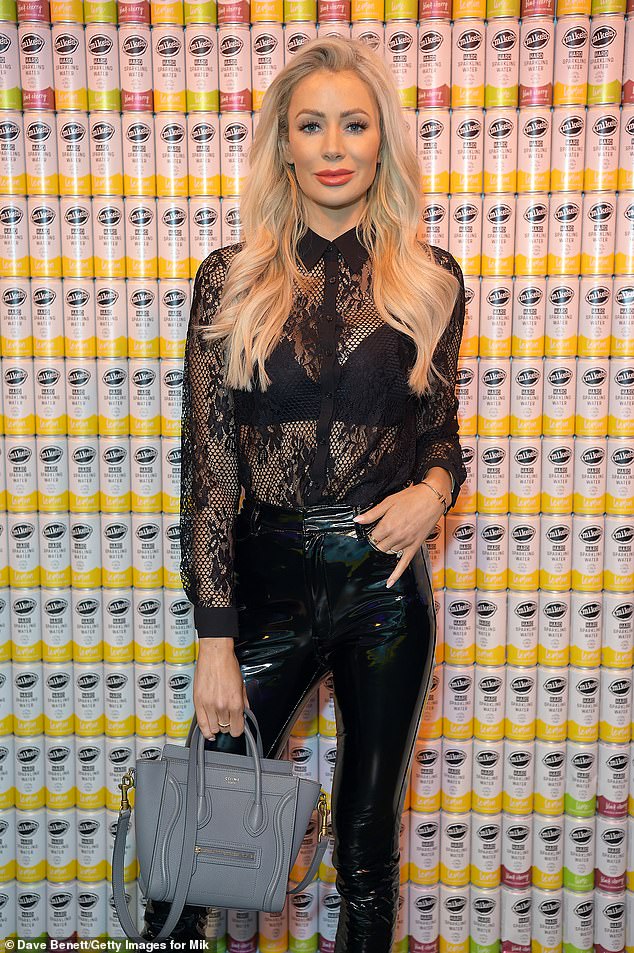 Looking good: Olivia wowed in a lacy shirt which showed off her bra while radio presenter Dev Griffin kept things casual in an all black-ensemble of jeans and a t-shirt 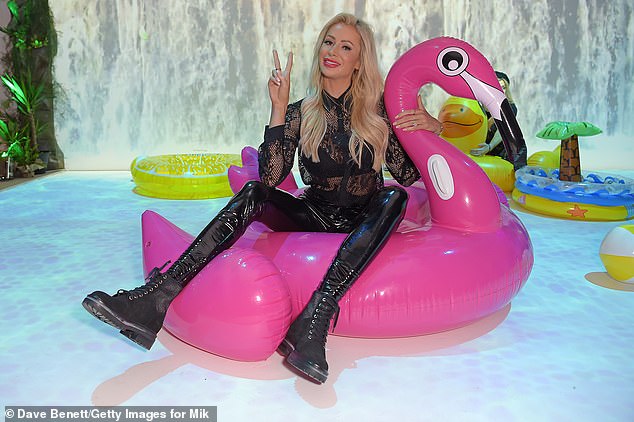 Getting involved: Olivia hopped onto an inflatable pink flamingo during the festivities

The former TOWIE star has been accused of multiple infidelities throughout his short marriage but appears to have turned over a new leaf.

The couple’s Dubai trip came after Dan lamented his past behaviour in a candid post reflecting on the last decade and seemingly referencing his recent cheating scandal. 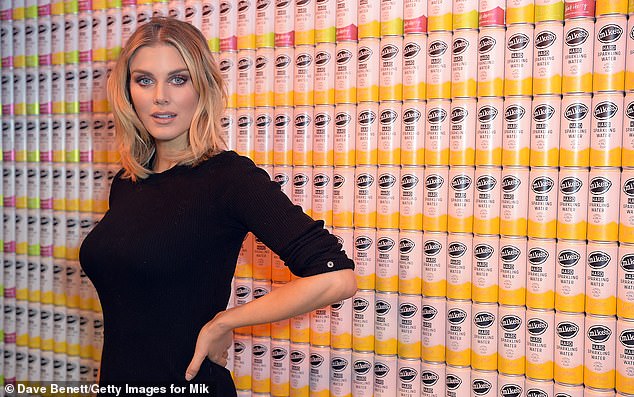 Work it: Ashley James made sure to work all her angles as she posed for a few snaps 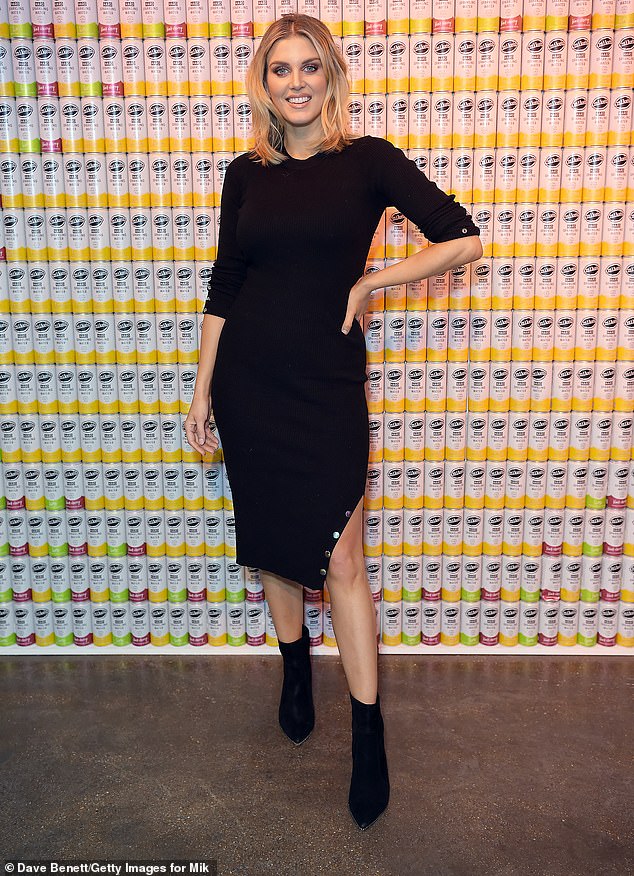 Glam: The former Made In Chelsea star flaunted her curves in a black midi dress 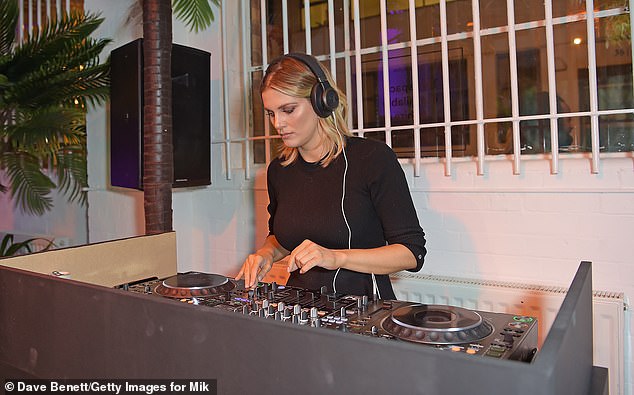 Hard at work: Ashley took to the decks to provide the tunes at the event

Dan referenced his misgivings in a post showing him pictured in 2010 and now while surrounded by his three children.

Dan and Jacqueline share daughters Ella, four, and Mia, 18 months, while Dan is father to six-year-old son Teddy from a previous relationship. 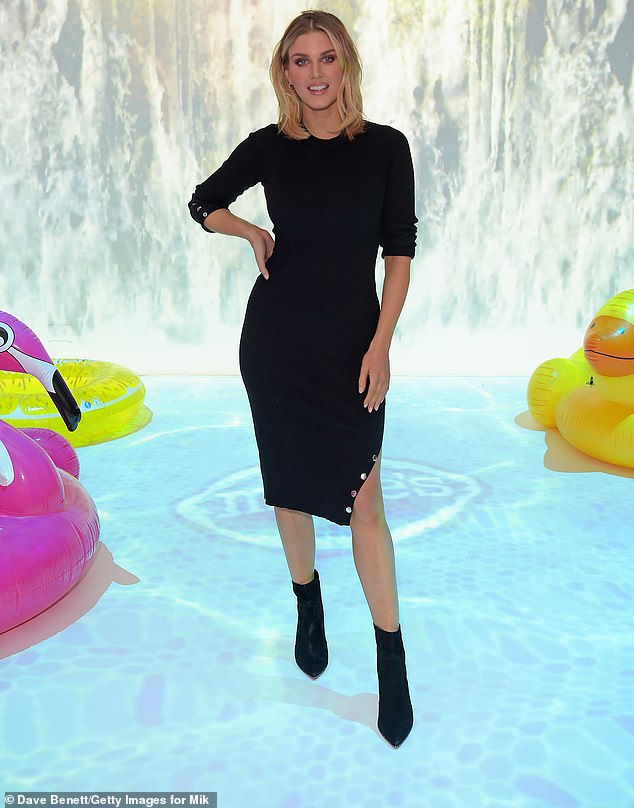 Elegant: Ashley completed her ensemble with a pair of chic ankle boots 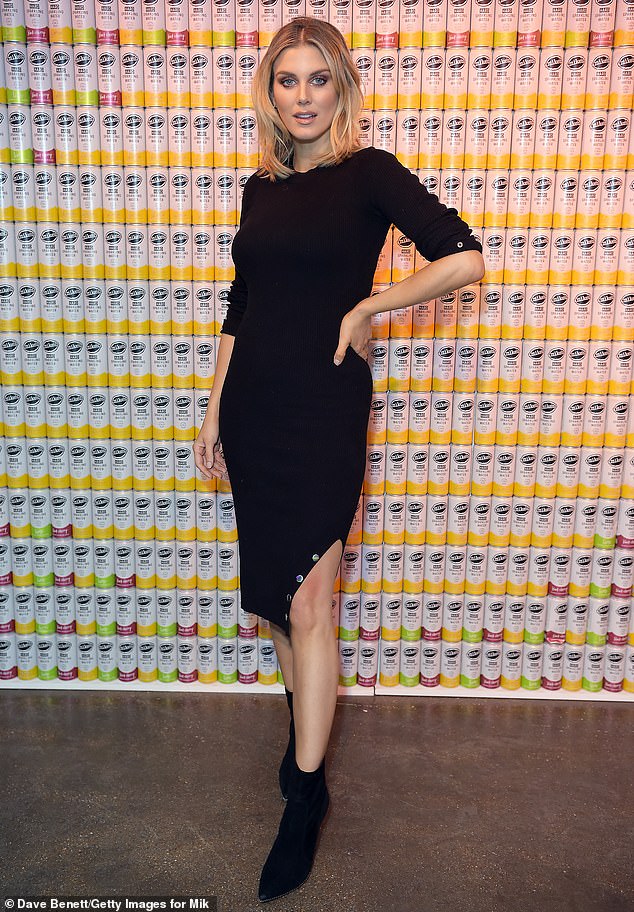 Stunning: The blonde beauty wore her tresses down and slightly wavy for the party

Dan continued: ‘Haha.. lots of ups and downs in the past 10 years.. been through some tough times but also had some amazing times!…

‘Done amazing things that I never thought I would do, also done things that I shouldn’t have done, but I’m living and I’m growing as a person and ending this decade with a beautiful wife and 3 incredible children!…

‘Feeling very lucky! looking forward to what the new year has to bring and wish you all the very best for 2020 & the future’. 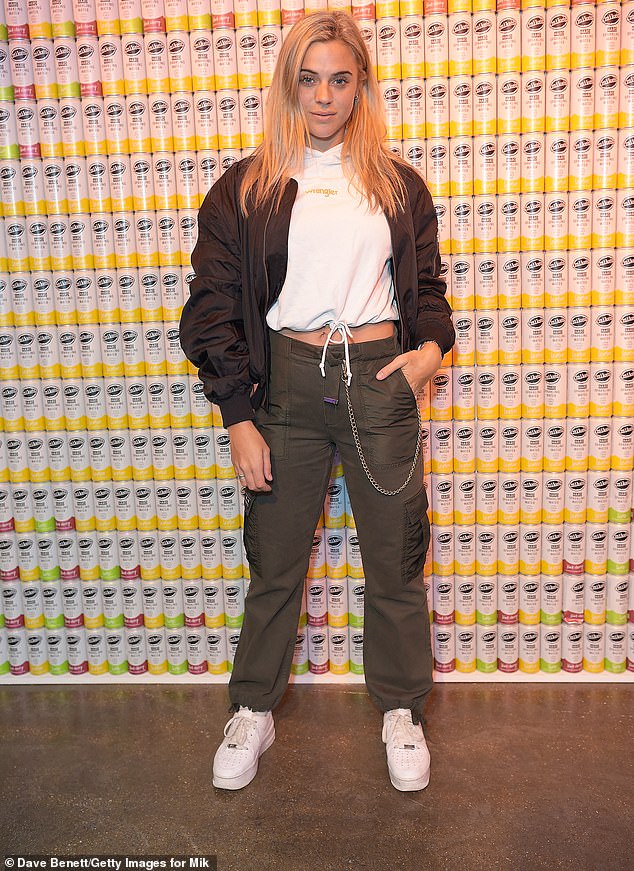 Poser: Love Island alum and surfer Laura Crane rocked a pair of cargo style trousers and a bomber jacket for the launch party 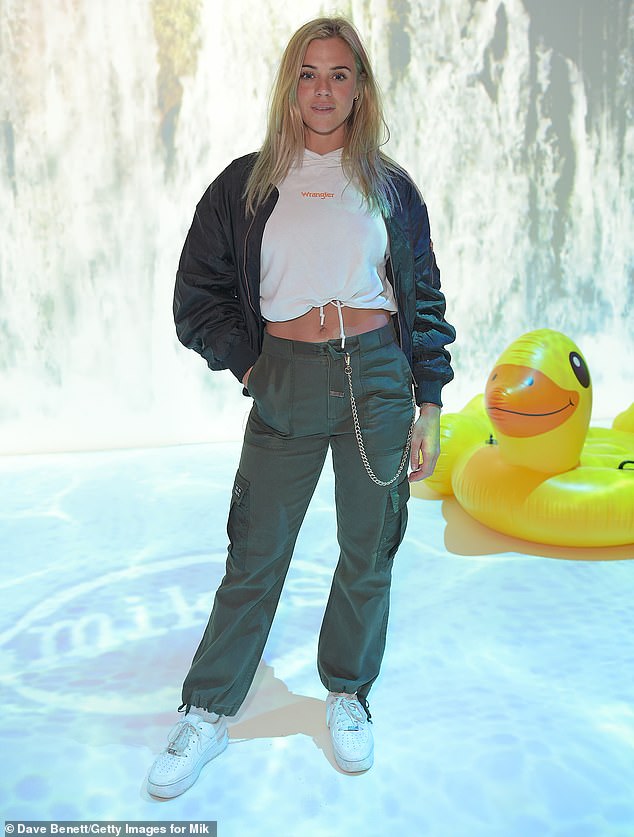 Toned: The surfer flashed her abs in a cropped jumper and wore her blonde locks down

A source told The Sun: ‘Dan called Natalie and started sending her nasty messages saying she had ruined his day by speaking about the romp. Dan had told Jacqueline he’d done nothing wrong, so to see this totally blindsided everyone around her.’ 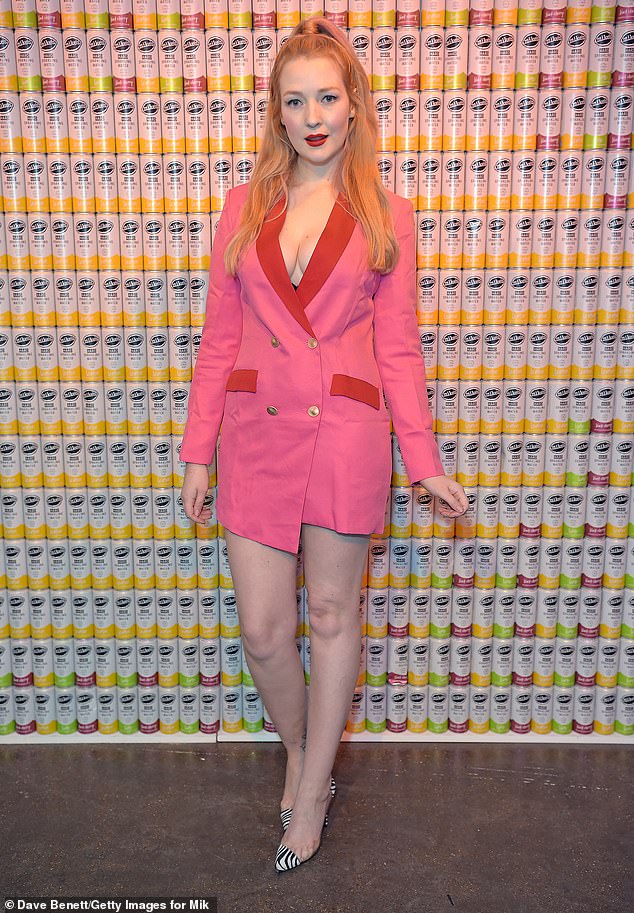 Stand out: Model Victoria Clay put on a busty display in a pink blazer dress which she paired with some zebra print heels

The American bombshell claimed he has since begged her to remain silent about the fling after Chloe made the allegations while Jacqueline was in Australia for the latest series of I’m A Celebrity… Get Me Out Of Here!

She said: ‘I had sex with Dan in my hotel room. Chloe’s story was true. I was drunk and it was a huge mistake but it happened. As soon as Chloe’s story broke…

According to Natalie, they made their way back to her hotel suite following an alcohol-fuelled dinner to celebrate the conclusion of Celebrity Big Brother, won that year by soap star Ryan Thomas. 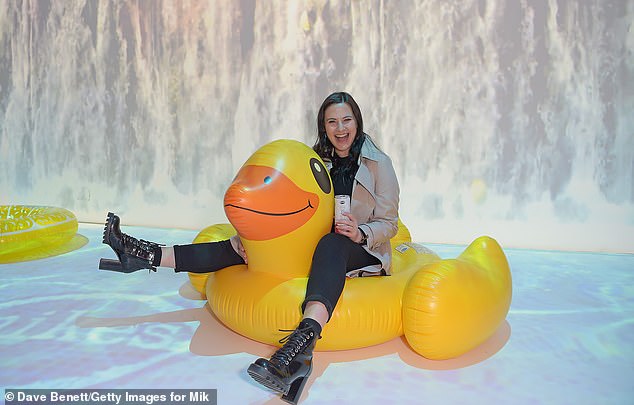 Having fun: Presenter Kat Shoob appeared to be having a great time as she laughed on a huge blow up duck 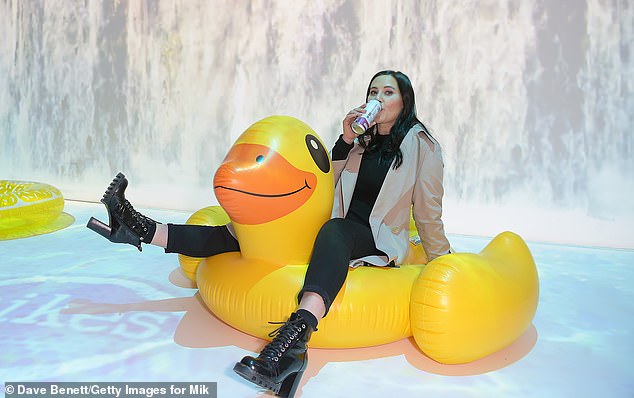 Chic: Kat donned a pair of chunky lace-up boots for the night with a beige trench coat