Fountain of youth! Isla Fisher looks half her age as she shows off her flawless line-free visage just three weeks after her 45th birthday

She celebrated her 45th birthday just three weeks ago.

But Isla Fisher looked half her age in a selfie she posted on Thursday evening.

The actress flaunted her flawless line-free complexion while showing off her look for a pitch meeting. 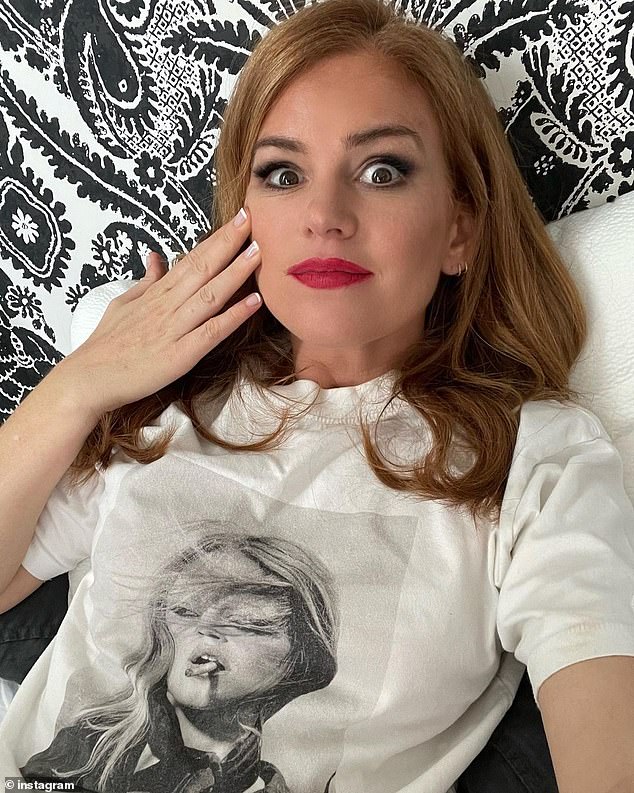 Fountain of youth! Isla Fisher showed off her flawless line-free visage on Thursday in a selfie she posted to Instagram

The beauty was made up with a classic red lip, winged tipped eyeliner and false lashes.

But while she was glammed up, the mother-of-three was dressed down to conduct business from the comfort of her own home in Australia.

The Wedding Crashers star wore a T-shirt with an iconic photo of Hollywood star Bridgette Bardot smoking a cigarette.

Isla celebrated turning 45 at the start of this month. 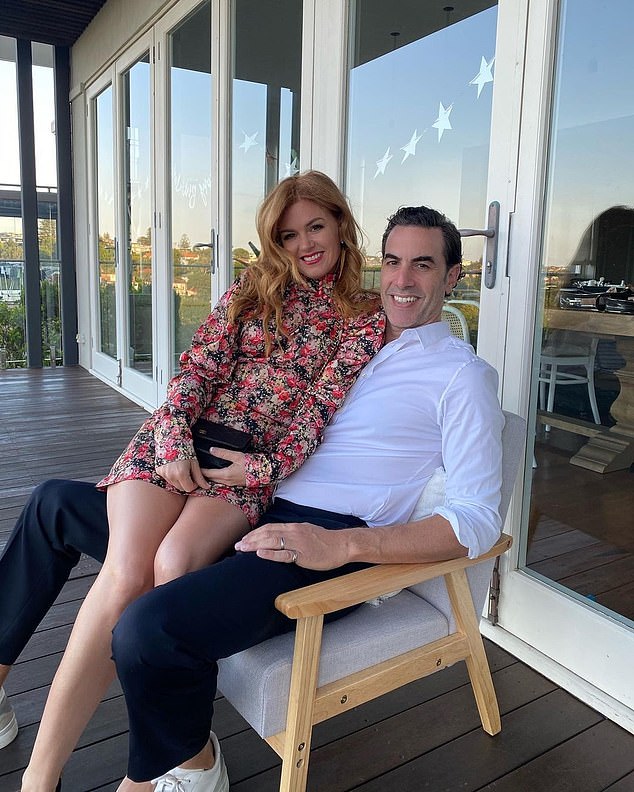 To mark the occasion she shared a number of photos to her Instagram page.

Isla put on an age-defying display as she cuddled up to her husband, Sacha Baron Cohen for the special occasion.

Isla married Sacha in 2010, with the couple relocating from Los Angeles to Sydney with their children late last year.

It has been widely speculated that they moved Down Under to escape the coronavirus pandemic ravaging the US.

However, a recent report claimed they were actually fleeing America’s tumultuous political climate.

‘They didn’t want to raise their kids in Trump’s America,’ an insider told The Sydney Morning Herald last week of the couple’s decision to move to Australia. 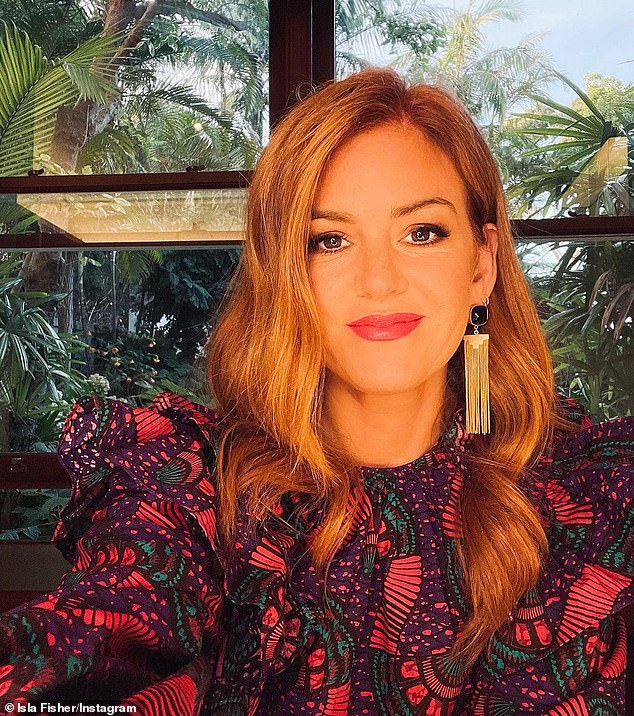 Stunner: Isla recently shared the secret behind her youthful look

Isla recently revealed how she maintains her flawless complexion.

Taking to Instagram, she showed herself excitedly unboxing a number of items from friend and skincare guru, Naomi Watts.

She looked thrilled as she showed off the Hayo’u beauty restorer in rose.

She also received a Gua sha facial tool used for lymphatic drainage, retailing for about $80.

Isla also showed off a bottle of Saya argon body oil, which retails for around $50.