Sam Faiers has moved into a luxury £2.25million five-bedroom home in Surrey with five en-suite bathrooms and a large modern kitchen, MailOnline can reveal.

The former TOWIE star, 29, and her long-term partner Paul Knightley, 31, who she shares children Paul, four, and Rosie, two, with, relocated from Hertfordshire to their new property last month before the country went into lockdown.

Mother-of-two Sam splashed out on the lavish home following the success of her ITVBe show The Mummy Diaries which also stars her sister Billie, 30. 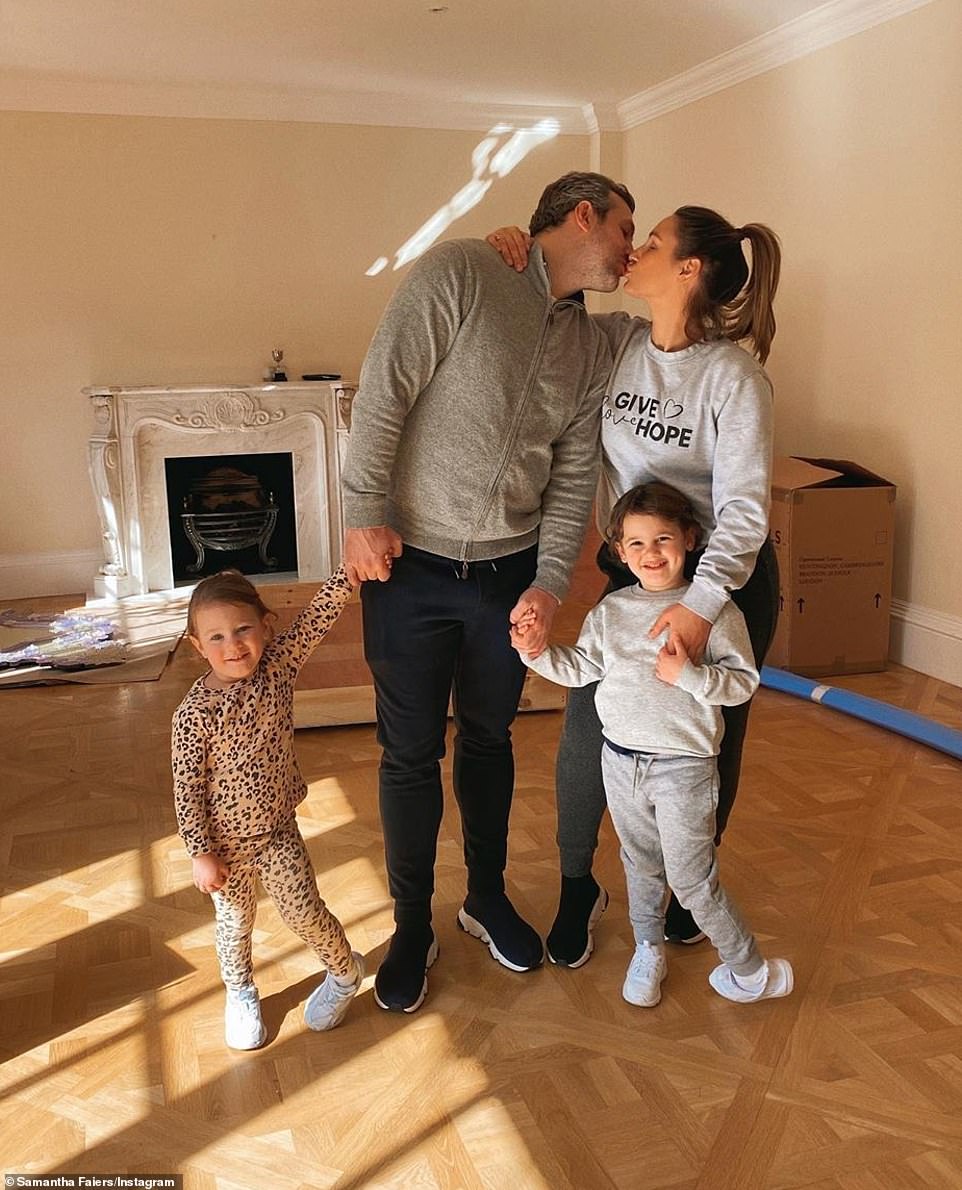 Moving out day: Sam Faiers and Paul Knightley have moved into a luxury £2.25million five-bedroom home in Surrey – leaving their former property in Hertfordshire (pictured) that often featured on show The Mummy Diaries behind

The newly-built house has a fitted kitchen that Sam has already showcased on her Instagram while filming TikTok videos with Paul and her children this week.

There’s plenty of space for Paul and Rosie to grow up in the dining and family room, as well as two additional living areas on the ground floor.

With five large bedrooms all with stylish en-suite bathrooms there’s every chance Sam and Paul could expand their family while living in their new home.

The master bathroom has a luxury walk in shower and freestanding bath, which will give Sam the relaxation and downtime she needs between running a hectic household. 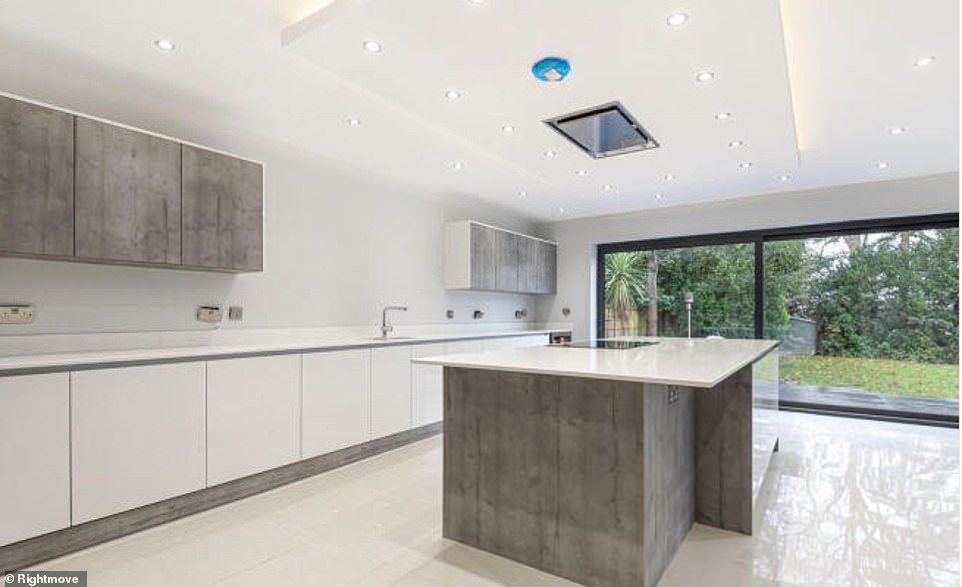 Stylish: The newly built house has a fitted kitchen that Sam has already showcased on her Instagram while filming TikTok videos with Paul and her children Paul, four, and Rosie, two, this week

Spacious: Sam already looked settled into her new home on TikTok this week as she gave fans a first look inside her modern kitchen while wearing comfy clothes as she isolates with her family 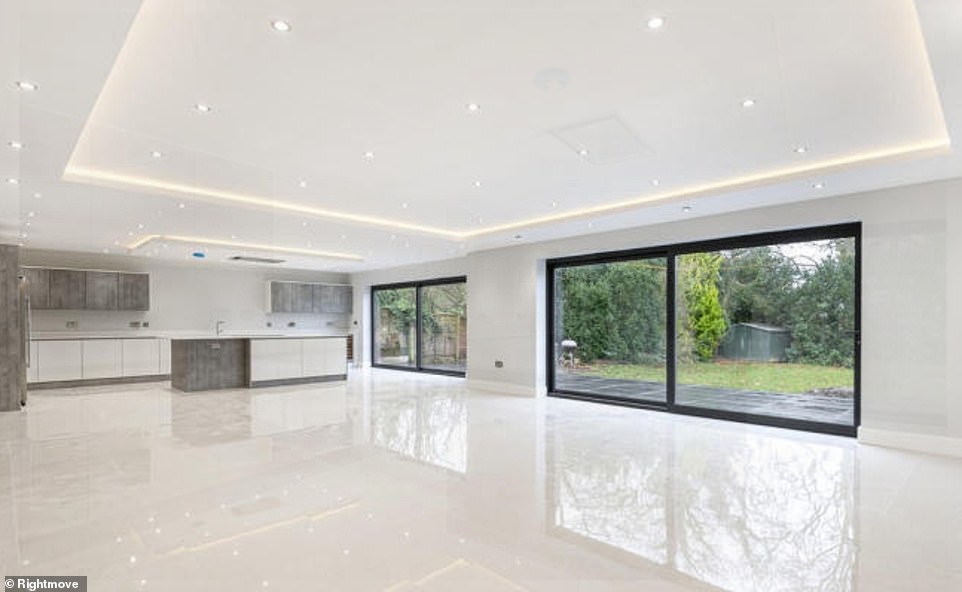 Modern: Photographs of the property before Sam moved in show the large kitchen and living area, which has two wide double doors leading out to the garden and even a shed

After moving in late March, Sam said on Instagram: ‘We moved a few days ago before the lockdown.

‘Goodbye Hertfordshire, onto our next adventure and a new chapter in our lives …

‘We have no service, internet or Sky TV lol but we’re all good. It’s actually really refreshing to having a digital detox.

‘As soon as we get it sorted I can’t wait to share our move with you.’

Sam moved from Essex to her previous home in Hertfordshire with Paul and their son when he was just a baby but Rosie came along soon afterwards. 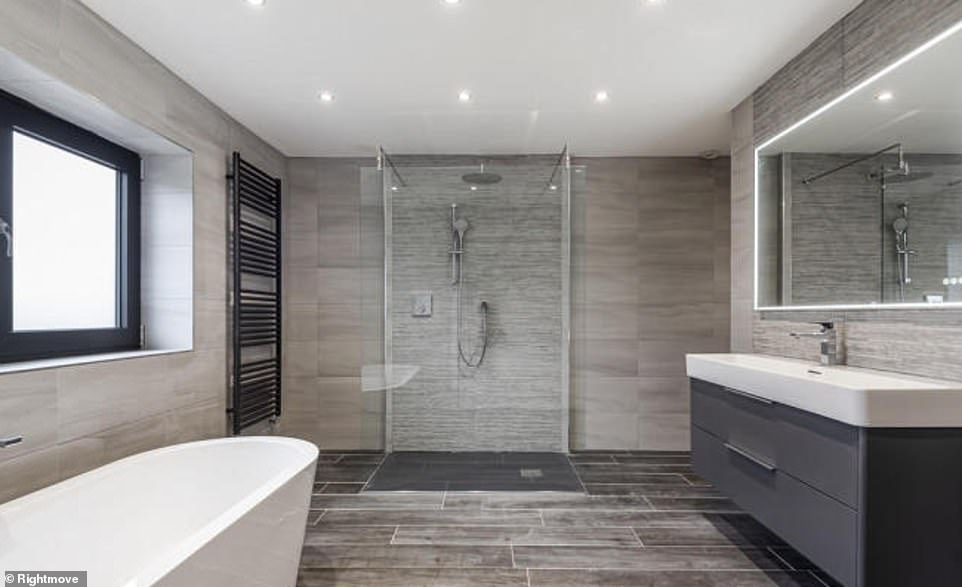 Perfect: The master bathroom has a luxury walk in shower and freestanding bath, which will give Sam the relaxation and downtime she needs between running a hectic household 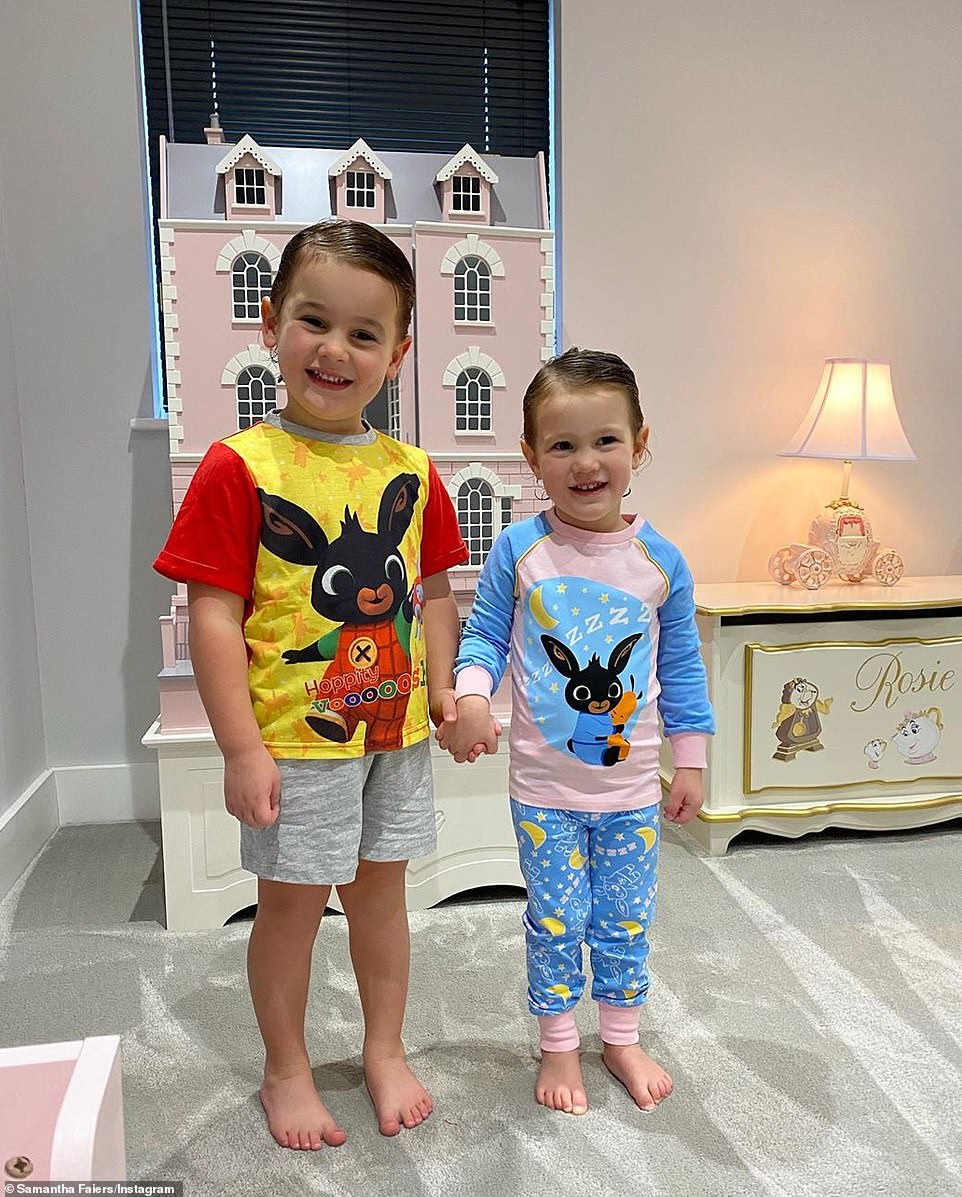 Cute: Sam shared a sweet picture of her children ready for bed in their pyjamas on Wednesday from inside Rosie’s room that has a Victorian dolls house and Beauty and the Beast cabinet

On Wednesday, Sam shared an adorable picture of her children from Rosie’s new bedroom that has a Victorian dolls house and Beauty and the Beast cabinet.

Paul will also have his own bedroom that will give mum Sam the perfect space to keep his many toys that she often shows him playing with on Instagram.

Sam recently told Luisa Zissman, 32, on The Mummy Diaries that she hoped to expand her brood in the future, telling her close pal she wants at least four kids.

And it’s possible Sam’s wish could come true since the couple’s move has given them the extra space to try for another baby. 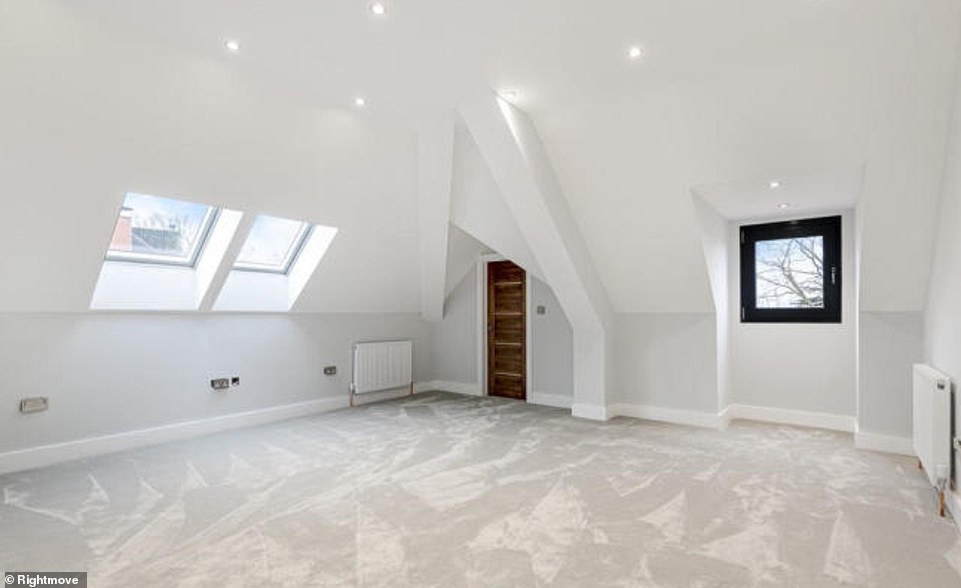 Paul’s room?: One of the five bedrooms shows a well-lit space with lots of room for four-year-old Paul to play and grow but it could also be turned into the perfect guest room for Sam’s family and friends when they visit 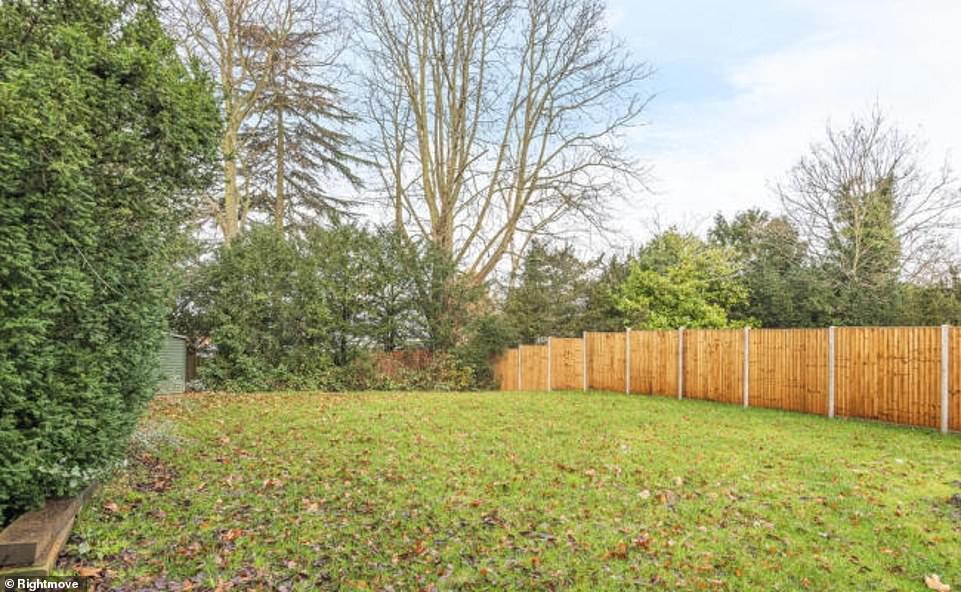 Space: The family’s Surrey home also boasts a large garden that will be ideal for the children to play in during the summer months, as well as for Sam hosting outdoor events that will no doubt be documented on her show The Mummy Diaries

Sam’s sister Billie also bought a new £1.4million home this year but photos of her place with husband Greg show that the property needs extensive renovations.

In contrast to Sam’s modern bathroom, the equivalent in Billie’s Essex pad is old-fashioned and has an avocado bathtub, instead of a stylish freestanding one.

Billie, who’s a mum to Nelly, six, and Arthur, three, is planning to give the property an Essex makeover but has admitted it will be up to 18 months before the family can move in.

In a recent interview, she said: ‘We got the keys at the end of January but it’s a huge project, a big renovation. We are going in blind because we’ve never done it before and we are starting from scratch.

‘The architect has been in and for what we want to do, it’s going to be at least a year or a year and a half until it is safe for us to live in, so we are going to stay where we are for now.’ 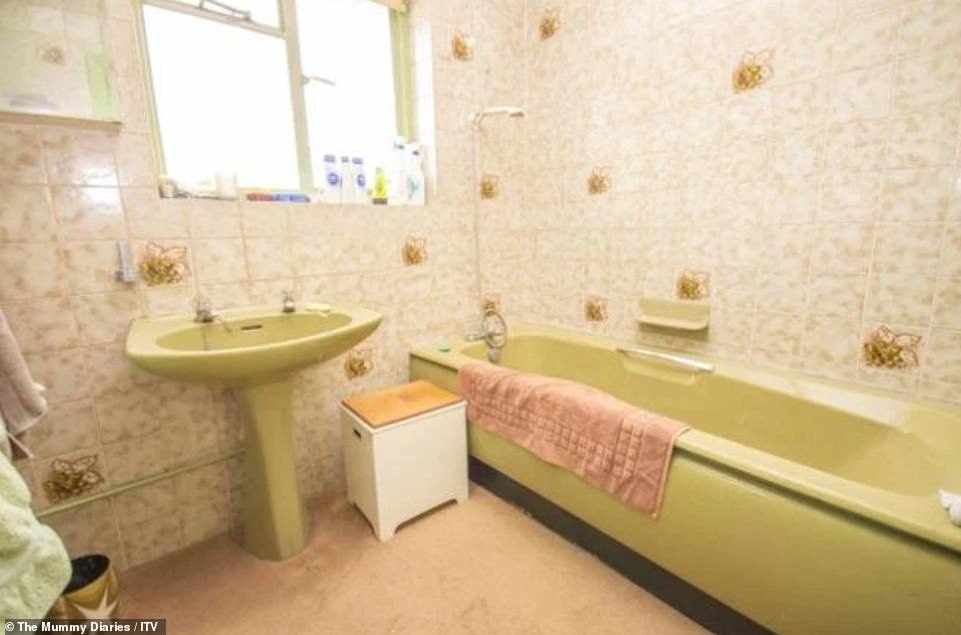 Needs work: In stark contrast to Sam’s modern bathroom, the equivalent in sister Billie’s £1.4million Essex home is old-fashioned and has an avocado bathtub, instead of a stylish freestanding one