It’s been two months since Bindi Irwin and her husband, Chandler Powell, announced they were expecting their first child, a baby girl.

And the 22-year-old wildlife warrior will reportedly be hosting a baby shower in the coming weeks with a $90,000 price tag – and her mother, Terri, is footing the bill.

‘Terri has already started planning a massive baby shower and is sparing no expense,’ an insider told Woman’s Day magazine. 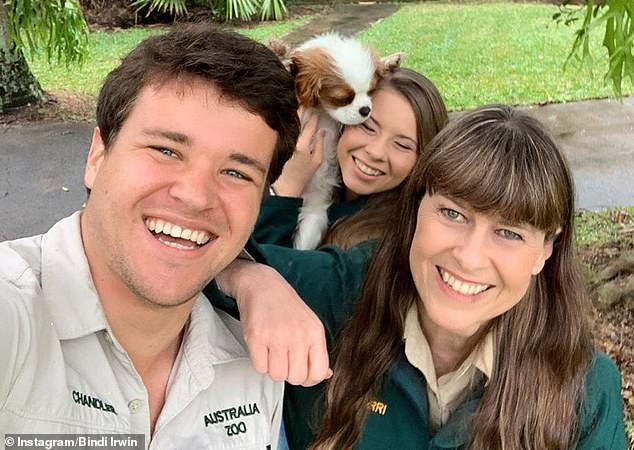 Inside Bindi Irwin and Chandler Powell’s ‘$90,000 baby shower’: The couple will reportedly be hosting a lavish celebration for their baby daughter in the coming weeks, with grandmother-to-be Terri (right) footing the bill

‘Sure, they’ve gone through hard times at Australia Zoo, but Terri’s digging deep into her personal savings to give Bindi and Chandler the best celebration ever, with live music, games and flower displays,’ a source told the publication.

The insider added that the grandmother-to-be, 56, was planning ‘something big in the way of a special surprise guest’.

While there has been no mention of who the guest could be, the Irwins have mingled with some of Hollywood’s biggest stars in the past.

They include Kevin Hart, Jimmy Fallon, Justin Timberlake and Kim Kardashian, to name just a few. 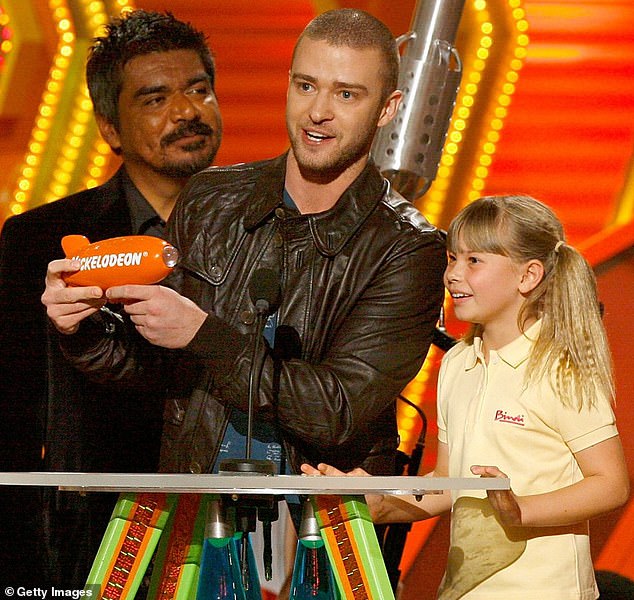 Who could it? There has been mention of a celebrity guest at the baby shower, which isn’t surprising given that the Irwins have mingled with some of Hollywood’s biggest stars over the years. Pictured: Bindi with George Lopez (left) and Justin Timberlake (centre) at the Kids’ Choice Awards in California on March 31, 2007 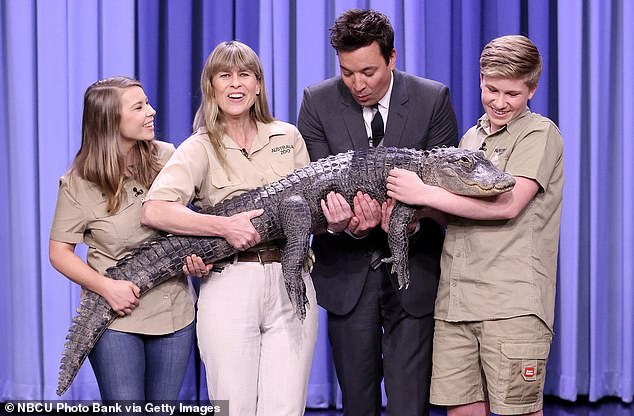 ‘Terri is certain Steve [Irwin, her late husband] would want his little girl to have everything and more on such a special day,’ the insider added.

Plans for the baby shower come after Australia Zoo celebrated its 50th birthday on Sunday.

Bindi and Chandler tied the knot at the Sunshine Coast tourist attraction back in March, after their original plans for a big wedding were scrapped due to COVID-19. 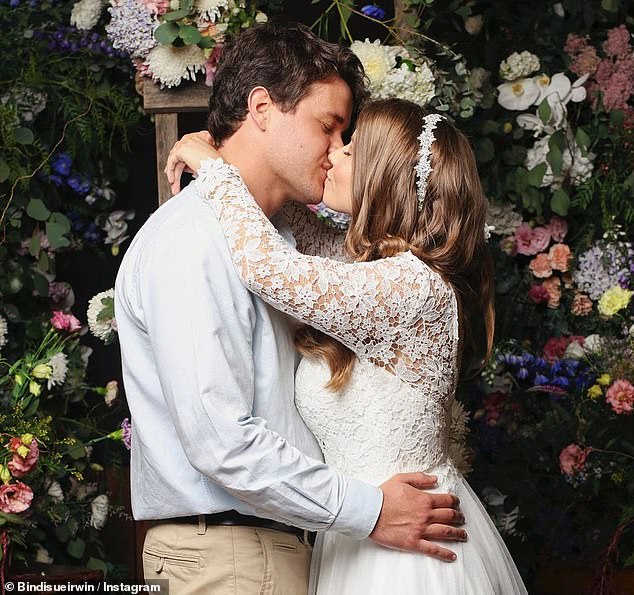 How sweet! Bindi and Chandler tied the knot at Australia Zoo back in March, after their original plans for a big wedding were scrapped due to COVID-19

She announced her pregnancy on August 11, sharing a photo to Instagram of herself and Chandler, 23, holding a miniature Australia Zoo uniform.

‘It’s an honour to share this special moment in our lives with you. Though I’m still in my first trimester, we really want you to be part of our journey from the beginning of this new life chapter,’ Bindi told her followers.

‘We couldn’t wait to share the news as this beautiful little being has become the most important part of our lives. Your support means the world to us.’ 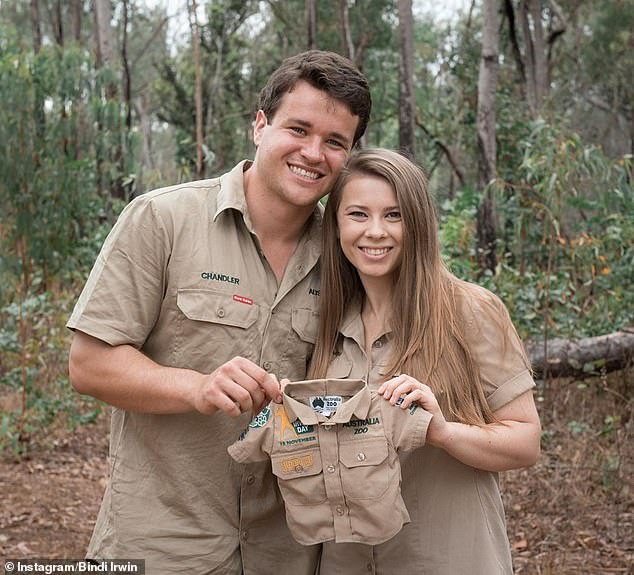 Growing family: Bindi She announced her pregnancy on August 11, sharing a photo to Instagram of herself and Chandler, 23, holding a miniature Australia Zoo uniform 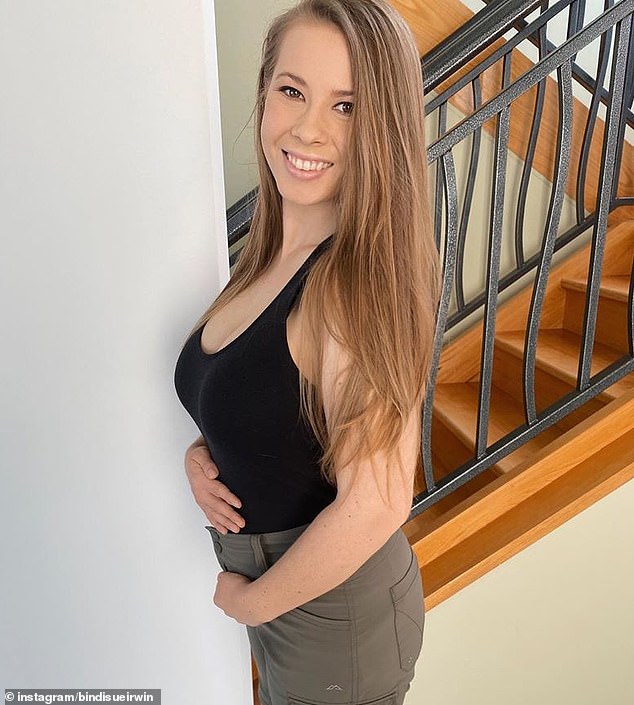 Baby on board! Bindi showed off a slight hint of baby bump on Sunday, October 11