‘A few have talked about leaving’: I’m A Celebrity stars ‘threaten to QUIT after the arrival of Matt Hancock leaves them feeling conflicted’

The I’m A Celebrity… Get Me Out Of Here! campmates are reportedly ‘conflicted’ over whether to stay in the show after the arrival of Matt Hancock.

The shocked stars of the jungle failed to hide their emotions as the former Health Secretary, 44, arrived late alongside comedian Seann Walsh, 35, and soon made their opinions known.

And now it’s been reported that they are considering taking ‘a stand’ and leaving the show over it. 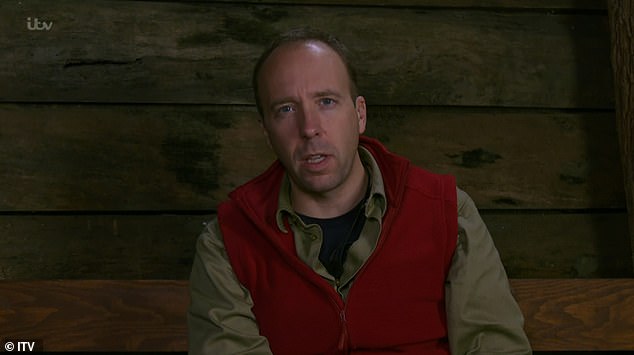 Spanner in the works: The I’m A Celebrity… Get Me Out Of Here! campmates are reportedly ‘conflicted’ over whether to stay in the show after the arrival of Matt Hancock

Speaking to The Sun, a source said: ‘There have been real moments of tension and it’s been pretty hostile at times. Other stars have tried to just make a joke out of Matt being there.

“Sometimes you forget that the celebrities are real people with their own emotions and opinions on public figures and that’s just been so clear to see in camp.

“They’re all trying to navigate how to deal with their own feelings about Matt and what he did in the pandemic. A few have talked about leaving, I suppose making a stand over it. Conflicted is probably the best way to describe it.’ 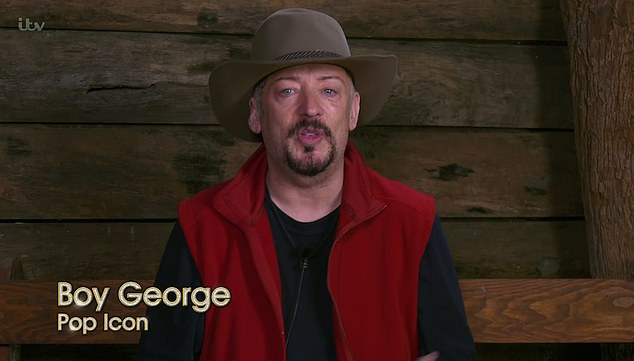 Surprised: The shocked stars of the jungle failed to hide their emotions as the former Health Secretary, 44, arrived late alongside Seann Walsh 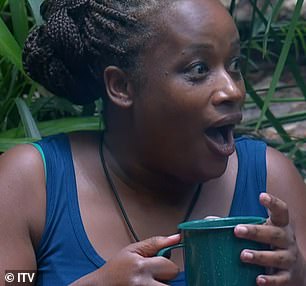 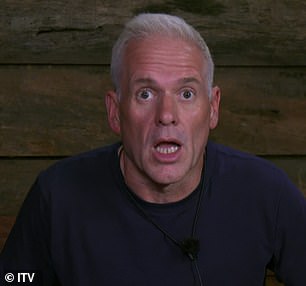 Shocked: The other campmates were gobsmacked at the MP’s entrance on the show and were not shy about making their opinions known

The source declined to mention which stars had considered walking but added that the celebrities are concerned the series will become ‘the Matt show’ after he is continually voted for Bushtucker Trials.

MailOnline contacted representatives for I’m A Celeb for comment.

One star who made his feelings on the topic known was Boy George, who stated that he didn’t know if he wanted to stay in the jungle with Matt.

He told Scarlette: ‘You know, beginning of the pandemic my mum was in hospital. I wasn’t allowed to see her. I thought she was going to die. I was tweeting Greenwich hospital going, ‘Please look after my mum.’

‘I used my name, I was like ‘Please look after my mum.’ And they did, she was fine… I feel like, I don’t want to be sitting here like I’m having fun with him.

‘It’s difficult for me because, you know, had something happened, if my mum had gone, I wouldn’t be here now. I would have gone when he walked in.’

Boy George in the Bush Telegraph continued: ‘If I had lost my mum, I would go. And I feel a little bit selfish, you know, just kind of… everyone’s so nice to him and I was like Jesus, what we gonna do?

He broke down in tears and added: ‘I don’t want to spoil this experience for myself. I’m not good at hiding what I feel. Especially when it’s something so strong.’

Sue Cleaver wisely told him: ‘I think sleep on it tonight. Why he came in and what he’s doing here, is not our responsibility and it’s not for us to take on.’ 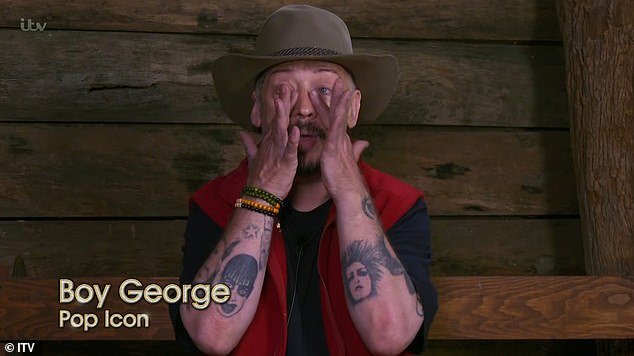 Difficult: Boy George fought back tears as he discussed his mother’s battle with Covid in the Bush Telegraph