She has been kept busy following her stint in the I’m A Celebrity… Get Me Out Of Here jungle in Australia last month.

And Scarlette Douglas will now be stepping in for Richard Arnold on Good Morning Britain as the programme’s showbusiness correspondent.

Following a flurry of success since the ITV show ended, Scarlette, 35, announced she’s set to step into the legendary host’s shoes over the festive period. 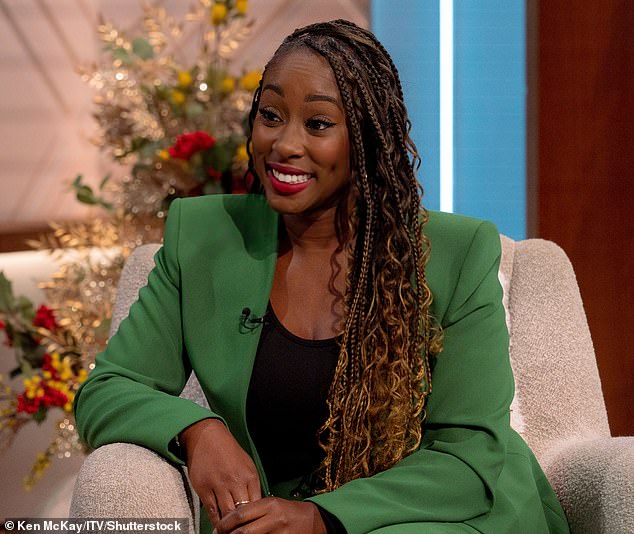 New ventures: Scarlette Douglas will now be stepping in for Richard Arnold on Good Morning Britain as the programme’s showbusiness correspondet

The TV presenter shared the announcement on her Instagram story, saying: ‘I probably shouldn’t have told you just yet in case they decide they don’t want me anymore.

She added: ‘This past week, in fact, since I’ve got back from the jungle things have been mental. 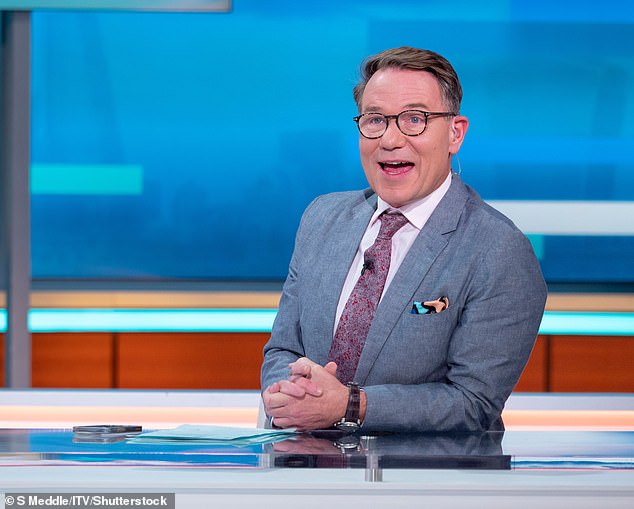 Scarlette, who finished 10th on the ITV show, has plenty of experience in the industry and presented A Place In The Sun since 2015 as well as home makeover show Love It Or List It as well as being a guest presenter on Channel 5’s Jeremy Vine.

But while work is good, she admitted some of her friendships from the show have frayed.

Despite being close to radio legend Chris Moyles in the Australian camp, Scarlette Douglas has revealed Chris ghosted her after spending almost three weeks together.

The TV presenter has been messaging the radio DJ, 48, but he has failed to respond to her voice messages.

A Place In The Sun’s Scarlette told host Johnny Seifert that Chris is too busy to reply to her messages on the Secure The Insecure podcast. 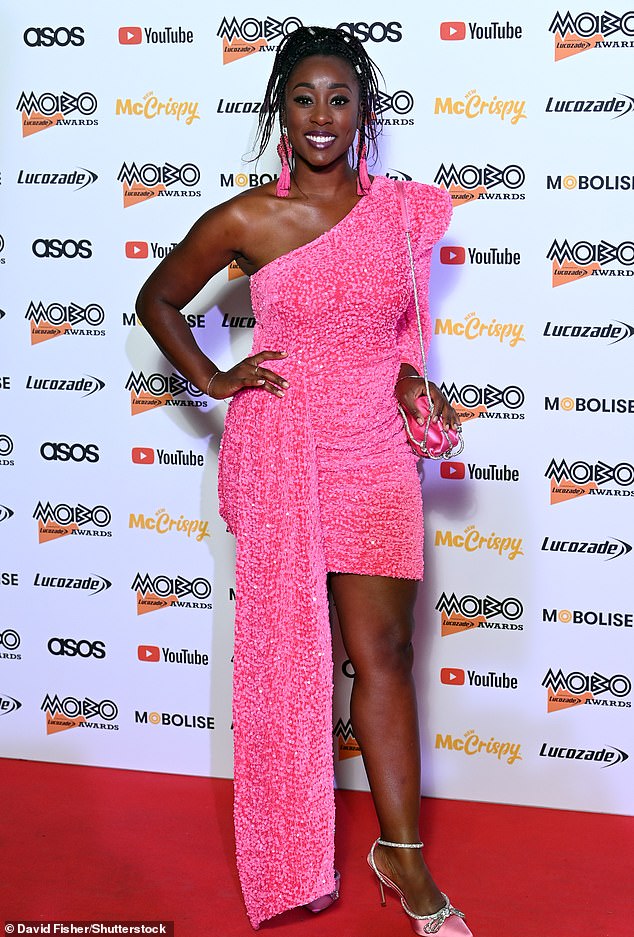 Perfect for the role: Scarlette has plenty of experience in the industry and presented A Place In The Sun since 2015 as well as home makeover show Love It Or List It

She explained: ‘So Chris and I had met on the Ant and Dec Tour, so when I saw him, I was like, I’ve met you before. We’ve got a mutual friend , I am the voice of Capital Xtra and you are on Radio X next to the Capital Xtra studio And he’s like, No way. So we had a really good bond since when we were in there.

‘And then since we’ve come out, I kind of message him a bit, and he doesn’t really get back to me. So if you’re listening, Chris, can you please reply to my voice note?

Scarlette added: ‘I just think he’s actually busy. And he’s actually got a life outside of me sending voice notes. But when we were in there, we had this thing. So we both love the Hunger Games.

‘So just randomly we’d whistle the theme akay, obviously a bit better than that with the whistle. And we would just do that to each other all the time. And that was our thing. So I just send him voice notes during that whistle, and then he just doesn’t actually listen to them.’ 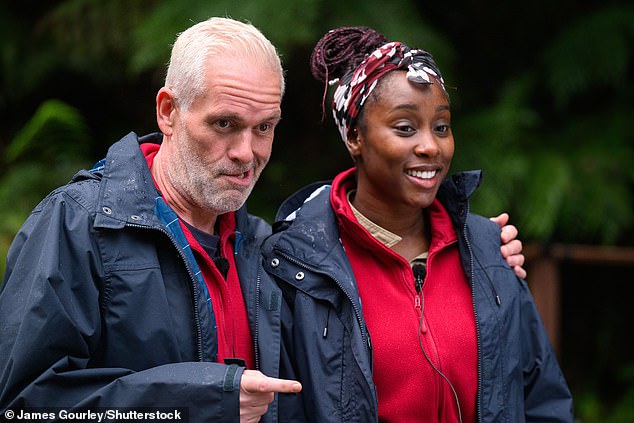 Ghosted: The TV presenter, 35, has been messaging the radio DJ, 48, but he has failed to respond to her voice messages

Meanwhile, while her TV presenting career is taking off Scarlette admitted last week that she now hopes to follow in Boy George’s footsteps by making the move from TV presenting to a career in music.

She  revealed that she’s been writing her own songs for years and may even record a single in 2023.

On the prospect of launching her music career she told The Sun: ‘I’d like to. As long as people would take me seriously, I’d make sure I made good music’.

She added: ‘I love entertainment, singing and dancing. As much as I love property development, I’d love to do more entertainment shows’. 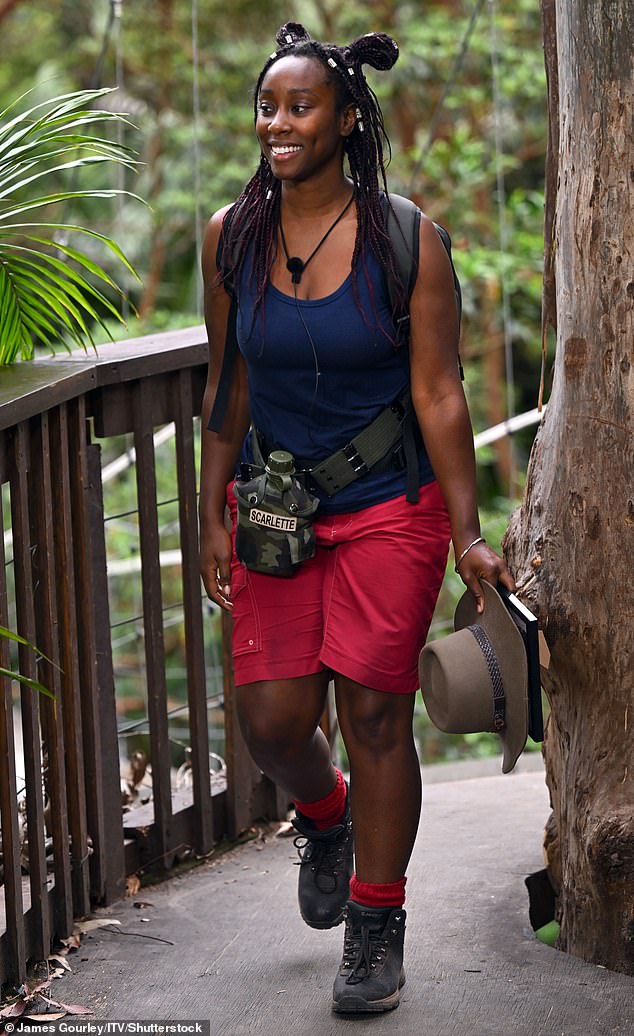 Change of role: She revealed that she’s been writing her own songs for years and may even record a single in 2023