I’M A CELEBRITY 2022 LIVE: Matt Hancock, Sue Cleaver and Jill Scott enjoy a beach BBQ while Scarlette, Owen and Babatunde try and get stars for their VERY hungry campmates

About time she’s done something #ImACeleb

Yeeeeeesss!!! Both our ‘faves’ doing the next trial! 😂😂😂😂#ImACeleb

THE TWO MOST PROBLEMATIC DOING A TRIAL HAHAHAHHAHAH GET THE SNAKES #ImACeleb pic.twitter.com/67ynl4Vjiy 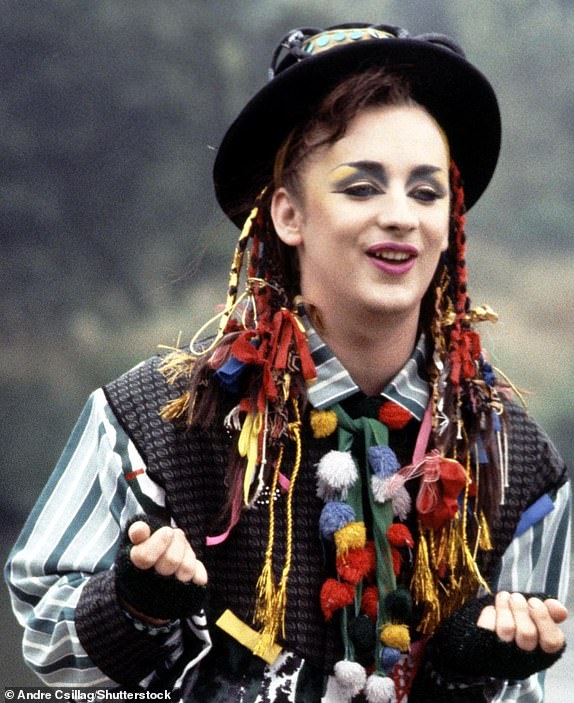 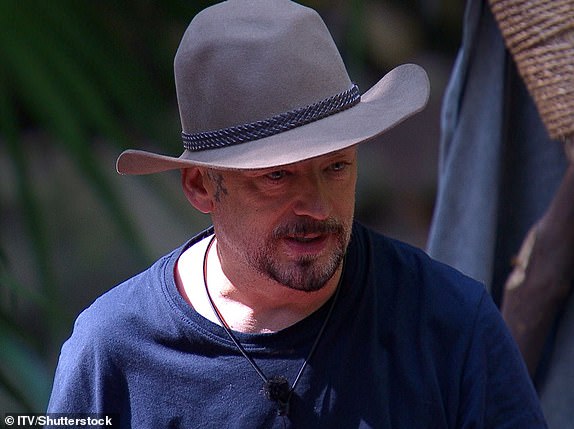 #ImACeleb they made that far too easy for obvious reasons

Is this the easiest trial ever? 😏 #ImACeleb

Returning to camp, everyone wanted to know what the beach trip had been like.

Jill said: ‘It was really good but we just feel guilty.’

Encouraged by camp to explain their day, Matt said: ‘They flew us to near the coast. We went out onto the beach and it was all beautiful.’

Matt said: ‘Then they had a BBQ there – a big pile of sausages and steak.’

Jill confessed: ‘I had two sausage sandwiches. I feel bad saying it’

Scarlette encouraged: ‘We’re living through you!’

Inside Owen’s box is snakes, in Scarlette’s is rats and Babatúndé’s is frogs. 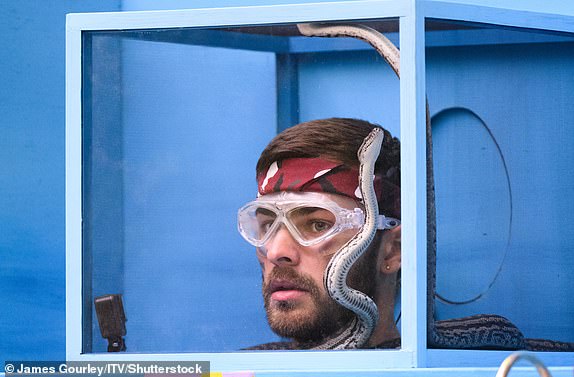 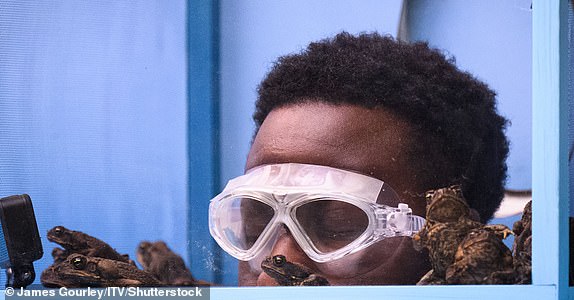 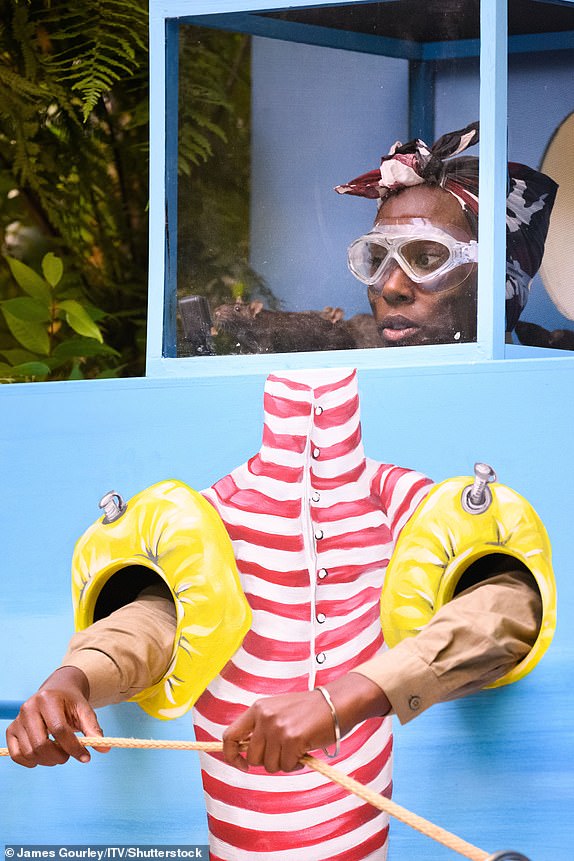 Arriving to find a seaside-themed set of boxes, they each had to put their head inside a box and keep their hands free to pass stars, and other beach paraphernalia, until it lands in a lobster basket.

But what’s inside their boxes? 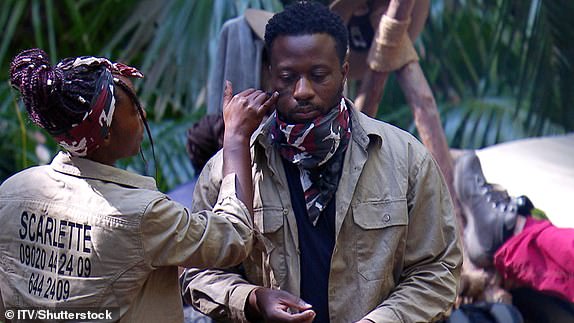 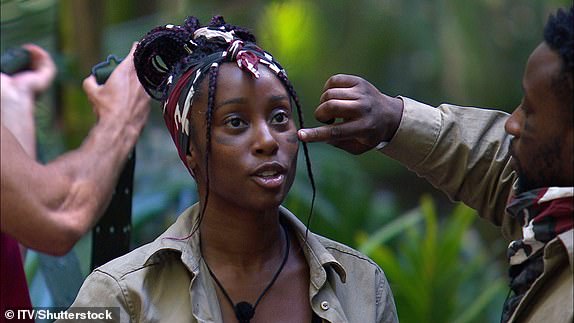 Seann said to the remaining campmates: ‘Matt is having an absolute holiday here. Sat in that chair, has a sleep in that bed, then goes to the beach for the day.’

Boy George added: ‘Can I just cut you off there, he still has to be Matt Hancock.’ 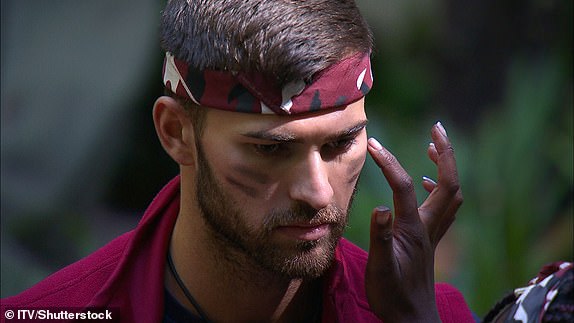 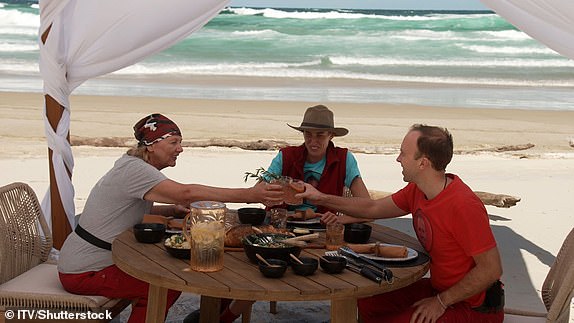 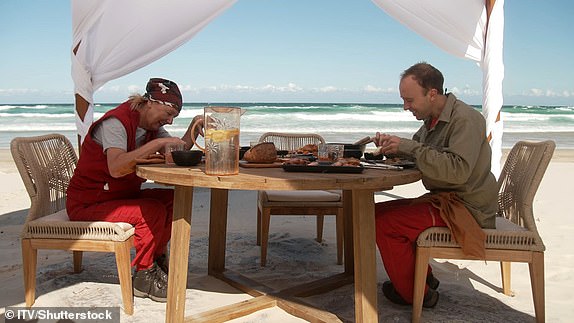 Matt Hancock, Sue Cleaver and Jill Scott won a chance to have some surf and turf BBQ on the beach.

Jill, Mike Tindall, and Owen Warner were chosen by their campmates to take on the Scareground challenge which saw them write their co-stars names on balls, before putting them into a tombola.

Three winners were picked out and the lucky trio were able to escape the conditions of camp for the day. 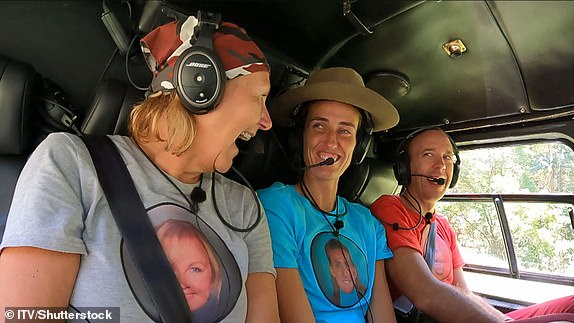 Dec said: ‘You might have noticed there were no stars up for grabs in that Trial, so there is still the small matter of winning food for camp tonight. Therefore, three of you must take part in the Jungle On Sea challenge later today to win your food.’

The first ball was Babatúndé, the second ball was Scarlette and the third and final ball was Owen.

Dec said: ‘It had to happen at some point!’ 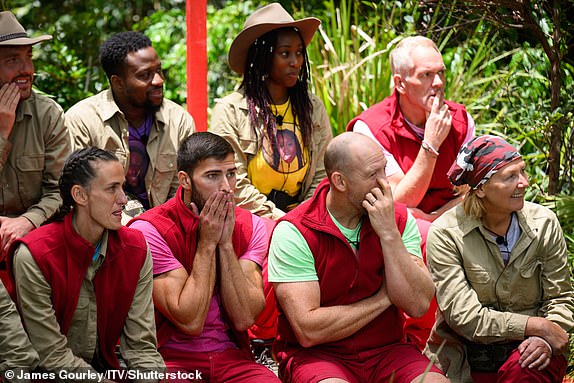 I FEEL SO BAD FOR OWEN MAN #ImACeleb

The first person the hosts drew was Jill. The second person was Matt. On the final draw Dec said: ‘I can’t believe it, it’s Sue! Two-ball Sue!’

They all apologised to Owen before heading off.

Dec then told the remaining campmates they now faced the ‘unlucky side of the draw’.

Jill, Matt and Sue head off to the chopper.

Ant and Dec listed out how many balls each person was getting in the Tombola for a chance to win a day at the beach, which was:

When the Trial ended, Jill said: ‘I’ve just got a cockroach stuck in my ear.’

As the medic got it out, Jill said: ‘Come to the jungle they said, it would be fun…’

Ant said: ‘Jill, that was bigger than the one Fatima Whitbread had up her nose!’ 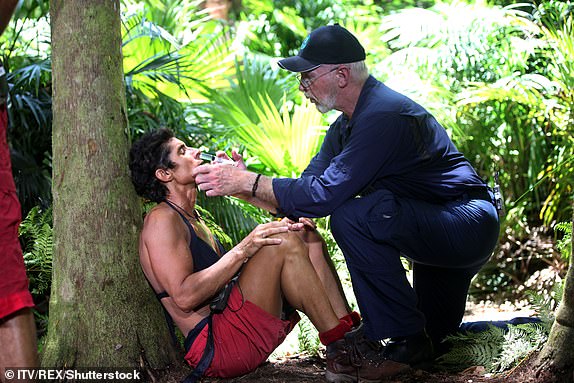 Owen determined to get to this BBQ 😂 #ImACeleb

I would HATE to be Mike Tindall right now! 🐜 #ImACeleb

Mike, Jill and Owen when they get off the trial #imaceleb #imacelebrity pic.twitter.com/axM0IjJVZ7

Seann keeps calling out for Jill to choose blue balls for him – while Boy George complains no black balls, representing him, are being thrown!

Mike is getting covered in green ants, while Owen is repeatedly dunked in a tank of yabbies, eels and mudcrabs as he attempts to throw the balls his campmates got to him in the pot.

If it lands in it, it earns that celeb another ball in the Tombola.

Poor Mike's got the worst of that, his whole body is going to feel like it's on fire with those Green Ants!*! #ImACeleb

Mike to the ranger who threw the green ants directly onto his chest #ImACeleb pic.twitter.com/A2BAOM4Ven

Jill decided to go in the Unlucky Dip, Mike in the Critter Carousel leaving Owen in the Fiendish Ferris Wheel.

Landing a job that involved throwing balls to Owen, Mike joked of his rugby skills: ‘I hit the stand more times than anyone in England history…’

Jill confessed: ‘I don’t know why I’ve just volunteered for that.’ She said: ‘It’s alright, 10 minutes of hell.’

Fellow campmates watch on from the sidelines. 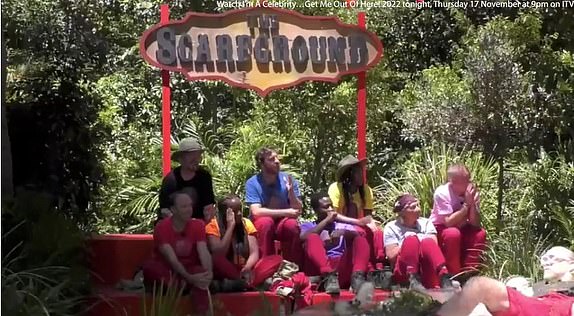 Once at the Scareground, Dec explained to the campmates: ‘Three of you have to take part in this Trial to try and win some more coloured balls. At the end of the Trial all of the balls won will be added to our lovely Tombola over here.

‘Ant and I will then draw three of the coloured balls at random and those three people will be whisked away by chopper to the beach for a sumptuous surf and turf barbie. How does that sound?’

They then learned the three would have to choose between taking part in Unlucky Dip, the Critter Carousel or the Fiendish Ferris Wheel.

Dec said: ‘As this is a Trial there will be a few surprises along the way.’

Mike, Owen, and Jill doing the trial! My top 3!#ImACeleb

Jill, Mike and Owen doing a trial. I love my life #ImACeleb

Charlene in the Bush Telegraph added: ‘I keep telling everyone that I’ll sleep in the hammock, which I’m really happy to do. I think maybe I need to be more forceful about it tonight.’

Owen said to Charlene: ‘I’ve got more chance of having a rest in it than you.’

Owen in the Bush Telegraph said: ‘I feel like saying, go on, sleep in the hammock and I bet you, in the middle of the night, she’s going to sneak up to the RV and get in that bed. Charlene’s like my mum in here, it’s like me putting my mum in a hammock whilst I’ve got a bed, so we’ll see.’ 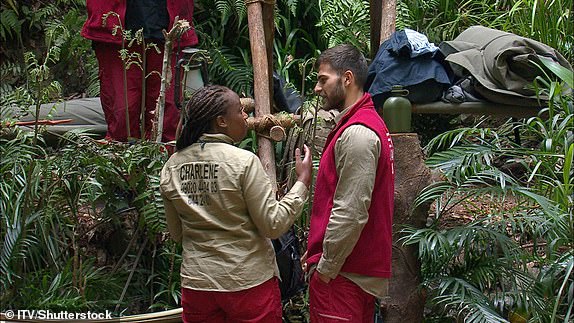 After Owen volunteered to sleep in a hammock so Sean could sleep on a flat bed, Seann woke up feeling refreshed.

Matt said: ‘Good morning, how was your flat bed, did you sleep through?’

Seann in the Bush Telegraph added: ‘I’m back, this is what it feels like to be alive.’

Owen admitted: ‘This is awful, I don’t know how you have been doing this.’

Seann said: ‘This is why I’ve been in such a bad way.’ 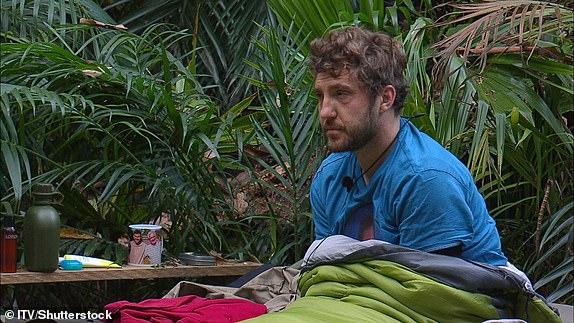 Matt Hancock, Sue Cleaver and Jill Scott got to leave the I’m A Celebrity jungle on Thursday – after they won a chance to have some surf and turf BBQ on the beach.

Jill, Mike Tindall, and Owen Warner were chosen by their campmates to take on the Scareground challenge which saw them write their co-stars names on balls, before putting them into a tombola.

Three winners were picked out and the lucky trio were able to escape the conditions of camp for the day.