Ice Cube is in HOT water for working with Donald Trump’s re-election campaign!

On Wednesday, the internet gasped and sobbed when Katrina Pierson, a senior adviser for the Trump administration, made it known that the Oppressor In Chief had formed an unlikely partnership with the rapper who, in 2018, released a song titled Arrest the President. She tweeted:

“Shoutout to @icecube for his willingness to step up and work with @realDonaldTrump Administration to help develop the #PlatinumPlan… Leaders gonna lead, haters gonna hate! Thank you for leading”

Katrina included a link to the plan, which promises endless positive changes for Black communities. The Trump administration, which fundamentally lives on lies and empty promises, swears it will “increase access to capital” by almost $500 billion in Black communities, create 3 million new jobs, provide more affordable health care, improve access to better education and job opportunities, designate Juneteenth as a national holiday, and other too-good-to-be true promises — if Trump gets another term in office that is.

Of course, this last minute play for Black votes stands in direct opposition to his years of xenophobic fear-mongering, stoking the fires of racism, and winking approval of white supremacy.

And yet… Ice Cube jumped on board??

Fans of the hip-hop icon were livid over the news, prompting the star himself to speak out about how he came to be working with the Trump administration. The 51-year-old took to Twitter to clarify his relationship with the Orange House, revealing that he’s been trying to work with both Republican and Democratic politicians on the “Contract With Black America” plan he introduced in early June, which aims to get the nation to address systemic issues facing Black communities.

“Facts: I put out the CWBA. Both parties contacted me. Dems said we’ll address the CWBA after the election. Trump campaign made some adjustments to their plan after talking to us about the CWBA.”

Naturally, that response didn’t sit well with many fans. One Twitter user replied to Cube’s tweet by bemoaning the fact that the rap legend “is working with the Darkside,” causing the Friday star to respond:

“Every side is the Darkside for us here in America. They’re all the same until something changes for us. They all lie and they all cheat but we can’t afford not to negotiate with whoever is in power or our condition in this country will never change. Our justice is bipartisan.”

Justice is bipartisan, yes, but there’s no way Cube can actually think both sides are the same here. We mean, the majority of Trump’s platform has been held up by racist rhetoric; just a few weeks ago, Trump literally refused to denounce white supremacists — on LIVE F**KING TELEVISION! How is that “all the same”!?

Critics felt the same way and pointed out that Ice Cube himself used to think much differently on the subject. In response to a Washington Post article pointing out his 2018 anti-Trump anthem, Cube didn’t back down, tweeting:

“I will advise anybody on the planet who has the power to help Black Americans close the enormous wealth gap.”

When someone pulled up a tweet from August 2016, in which the hitmaker said, “I will never endorse a mothaf**ka like Donald Trump! EVER,” Cube argued that he hasn’t “endorsed anybody” — which may be true. But we live in an age where people form opinions based on half-read headlines, and Cube should know that his mere association with Trump could be enough to sway the minds of many voters. And that’s something the Trump camp — which has trafficked in perception over substance all along — is counting on.

What do U think about this, Perezcious readers? 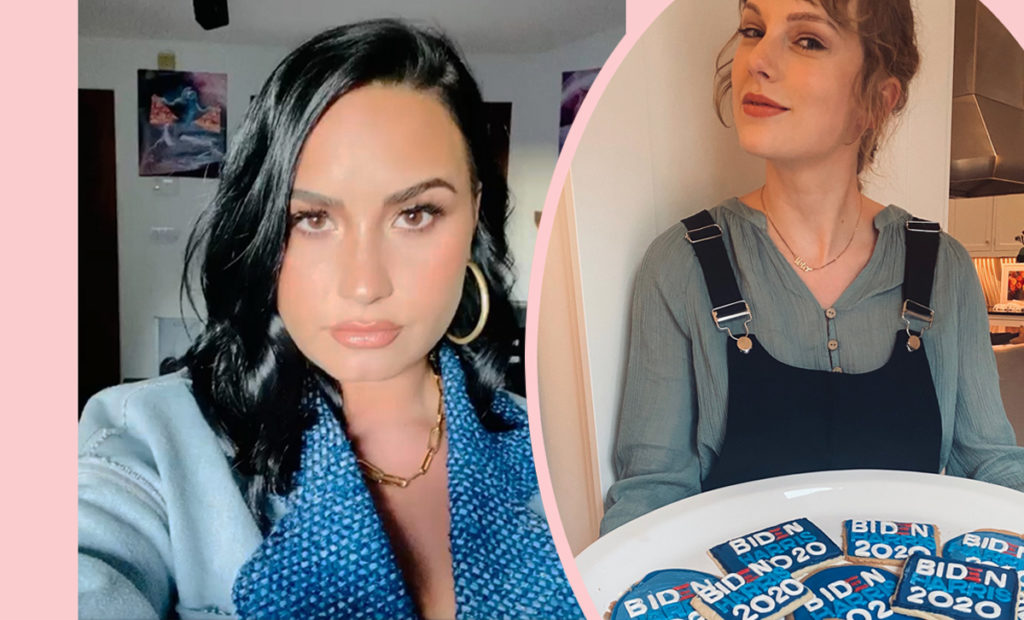 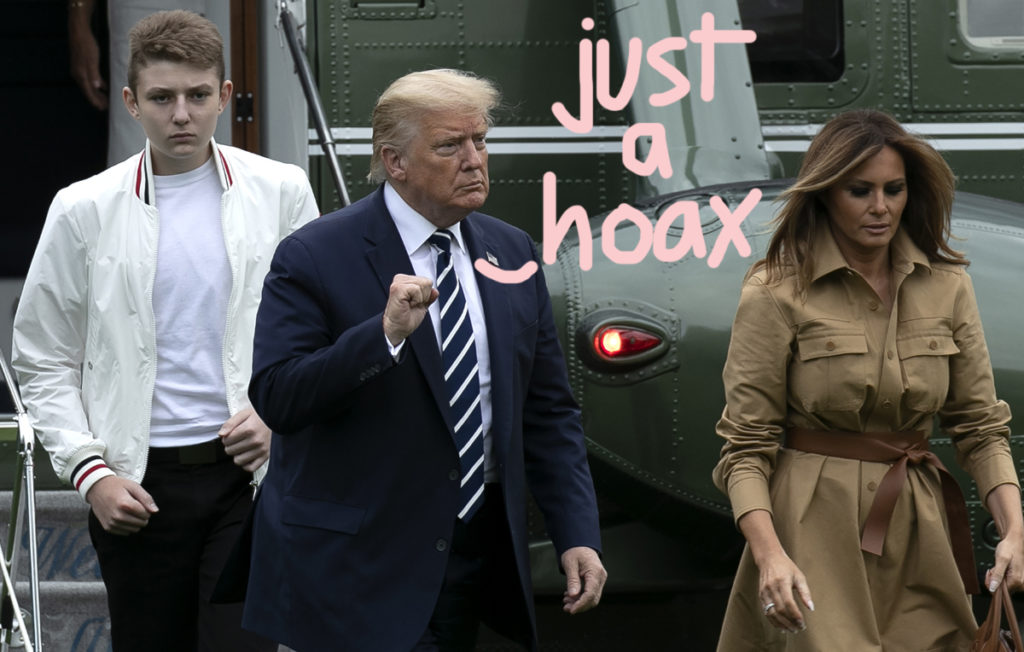 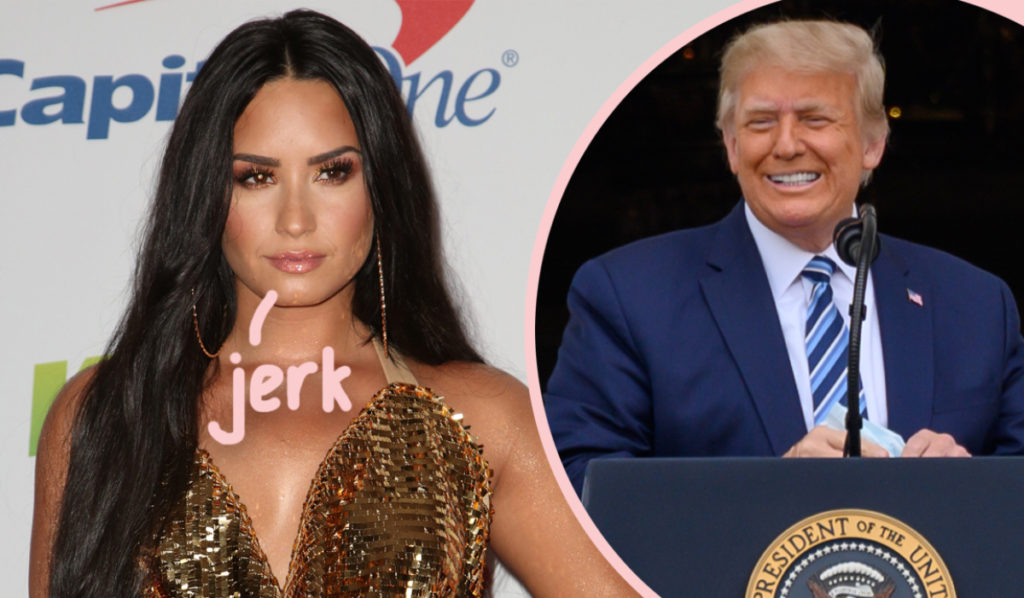 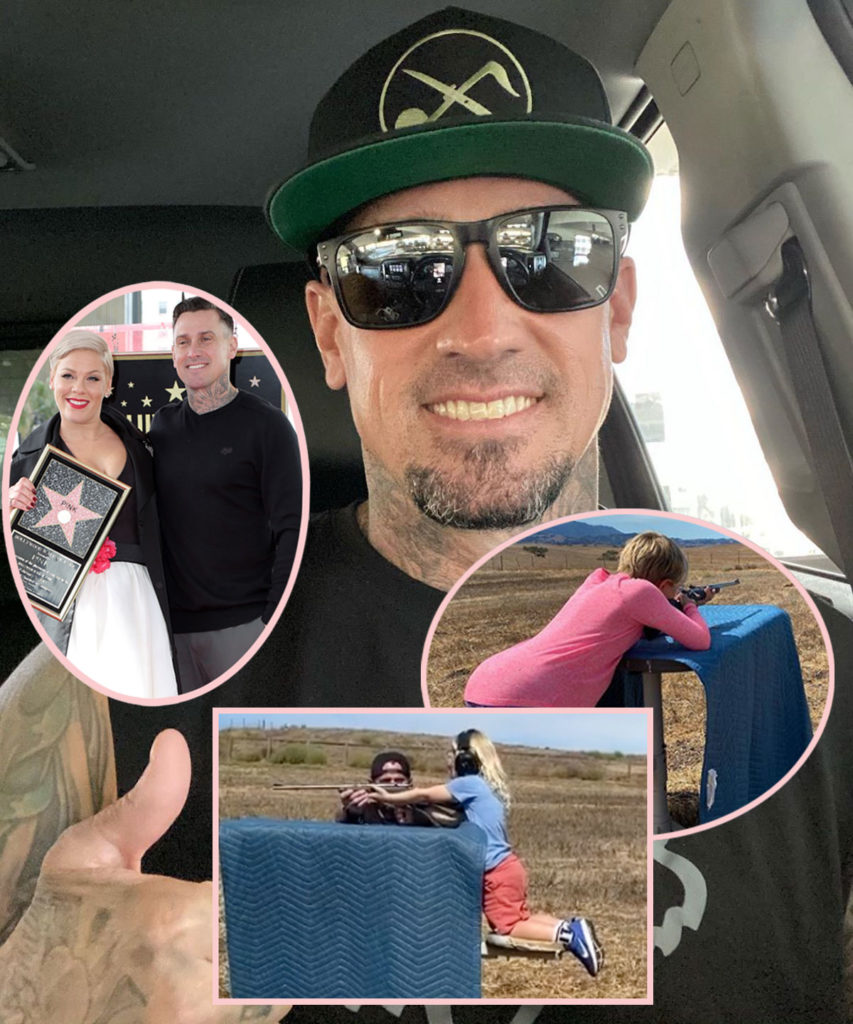