The daughter of Jonathan Ross, 60, and Jane Goldman, 50, wore a brown bralet as she took a picture in front of her mirror.

The 24-year-old teamed it with a pair of black hotpants wearing her red locks in a stylish up-do. 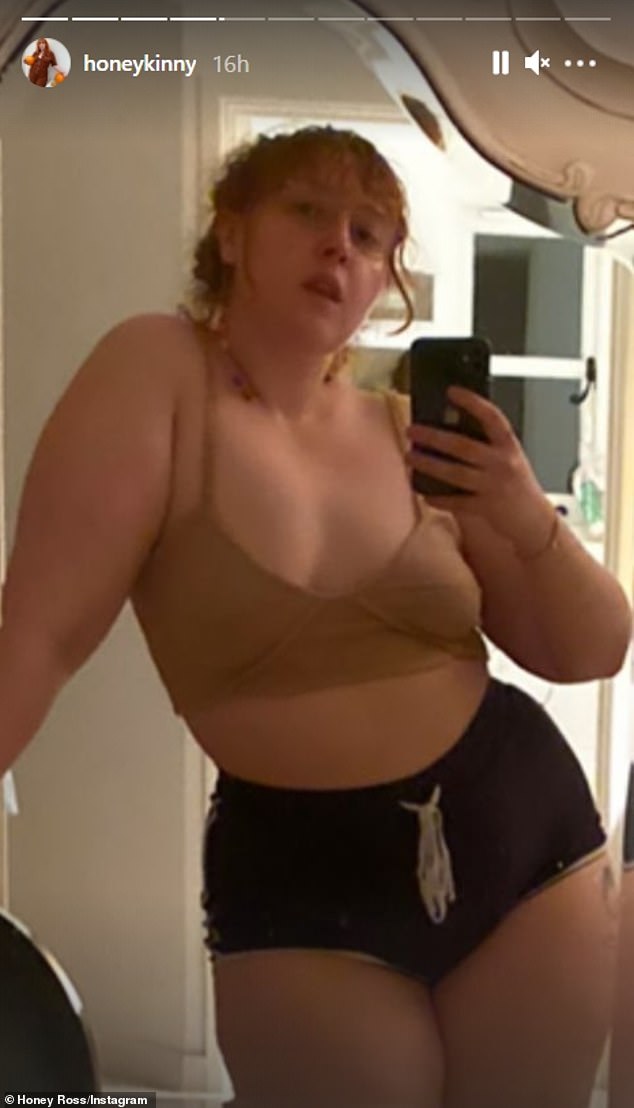 Mirror, mirror: Jonathan Ross’ daughter Honey Ross, 24, showed off her curves in a brown bra and black hotpants in a selfie on Instagram on Friday

Honey recently shared a video discussing gender equality for The Body Protest in which she said: ‘ I think there is a connection between gender inequality and a lack of self love.

‘We tend to see a pattern in our society of women trying to shrink themselve to take up as little space as possible both intellectually and physically as a side effect of the world we live in.’

Honey also gave her advice when it comes to women today in leadership roles.

She said: ‘Stop worrying about being liked. You dont even like everybody. Stop being afraid of saying “no”. 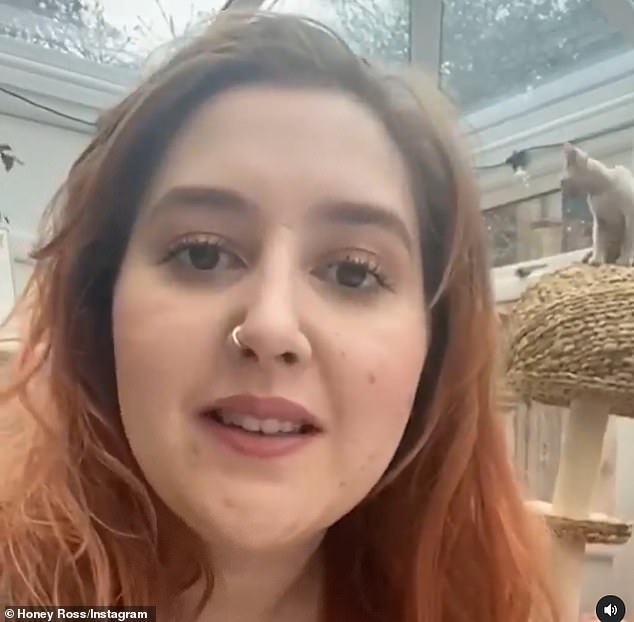 Word: Honey recently shared a video discussing gender equality for The Body Protest in which she said: ‘ I think there is a connection between gender inequality and a lack of self love’

‘No is your best friend. Conserve your time and energy.’

She also said: ‘We are stronger unified. Find your people and kick up a fuss.’

Honey is known for sharing her scantily-clad snaps as a body confidence advocate.

Appearing on ITV’s Lorraine last year, she said that since embracing her body shape, she’s gained more confidence than her slimmer friends.

‘I’m a size 18 and I’m more confident than all of my thin friends and they always say, “I wish I was more confident”, And I’m like, “You have the body society likes”.’

Honey’s Instagram page boasts 44,000 followers and she insisted that she continues to post as just one message from someone she has inspired means it’s ‘absolutely all worth it’ .

She said: ‘The reason I continue to post like this, is because I receive messages that say “Just so you know, I brought the first bikini in ten years or threw away my scales because of you”.

‘Or teens saying “You’ve inspired me to go out in shorts” and that makes it absolutely all worth it.’ 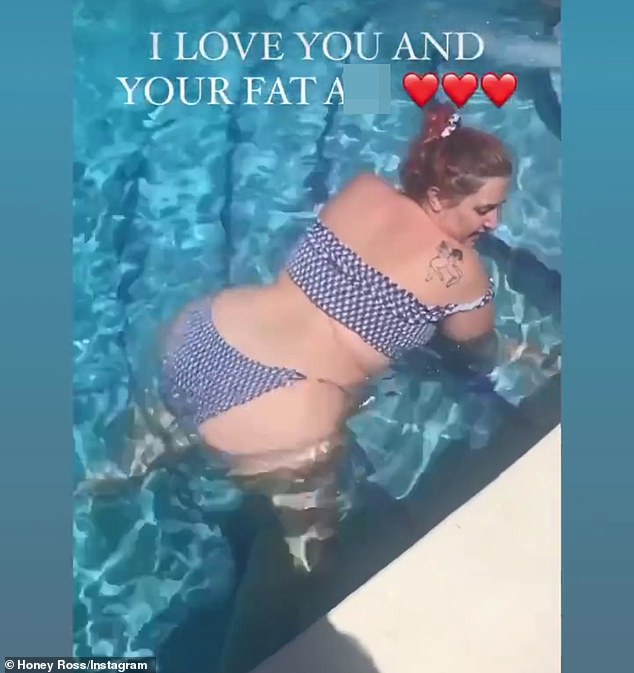 Dancing queen: Honey recently shared this throwback snap of herself twerking in a bikini