The actress, 18, told the soap’s podcast Don’t Filter Your Feelings that the industry reflects ‘life in general’.

It comes a month after fellow Hollyoaks actress Rachel Adedeji said she had witnessed racism on the soap. 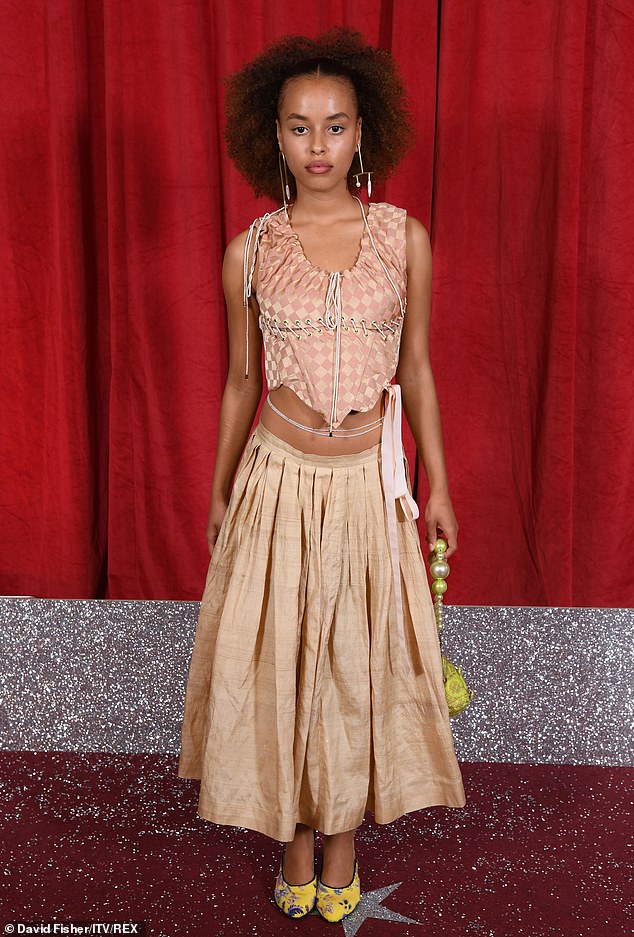 Grant was discussing racism with her costars Trevor A Toussaint and Richard Blackwood.

She said: ‘It’s amazing that there is a black cast, and there’s all of us, and there is that diversity.

‘But I can’t help but feel that sometimes in the industry, and in life in general, they treat black people like we’re disposable.’ 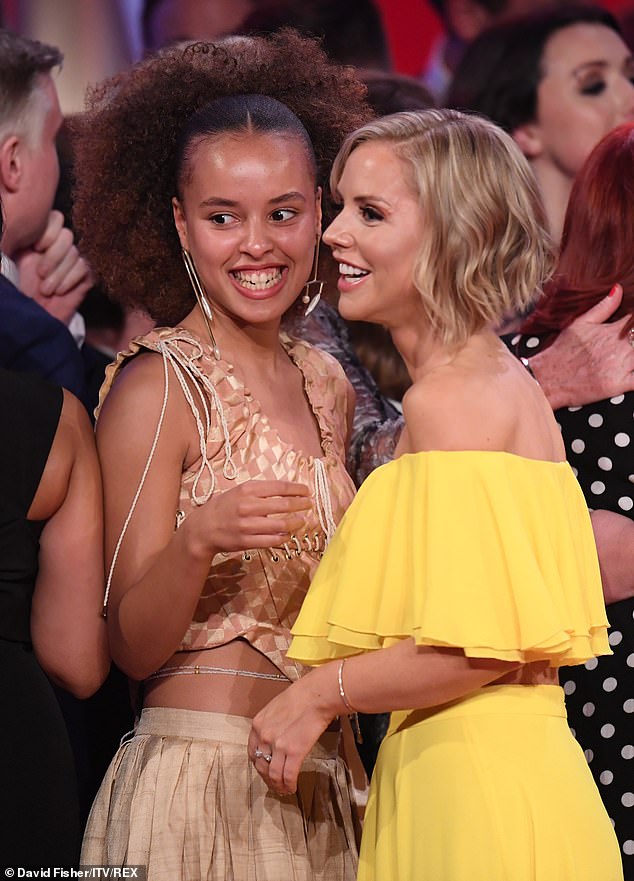 ‘Disposable’: The actress, pictured at the British Soap Awards last year, told the soap’s podcast Don’t Filter Your Feelings that the industry reflects ‘life in general’

Grant, who plays Brooke in the soap, added that the media ‘can capitalise off of us without actually doing the real work behind the scenes’.

The teenager said she had ‘dealt with difficult situations and micro aggressions’ while on set.

She added: ‘It’s great for us to be in a high up position, but we’re still going to experience it.

‘The revolution will not be changed by diversity training, or racism training. It is changed by people changing their attitude and the way that the structural system works.’ 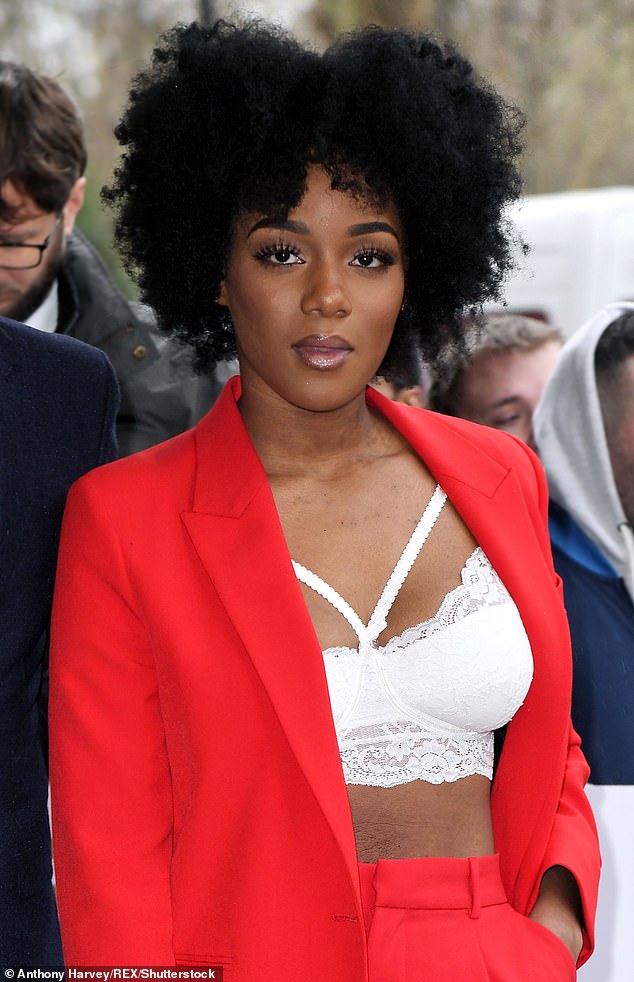 Making a stand: Last month, costar Rachel Adedeji spoke out about alleged racism behind the scenes of the soap

It comes after the cast of Holloyaks were reportedly summoned to attend one-on-one meetings, as show bosses deal with a series of scandals.

According to The Sun, the recent racism row, sudden departures of two castmembers and the resulting fallout has left producers eager to iron out all issues.

Rachel Adedeji accused the show of behind-the-scenes racism after criticising their response to the Black Lives Matter movement, leading soap bosses to apologise and announce a plan to ‘stamp out discrimination.’

A source said: ‘Bosses have been meeting with the cast one on one and have called as many cast members as they can into meetings to speak about racism and bullying on set. They’ve promised everyone that works there that changes will be made.’

Delay: The cast of Holloyaks have been reportedly been summoned to attend one-on-one meetings after a series of scandals. Pictured is Rachel Adedeji, who recently quit the soap

Last month, the cast were said to be ‘at war’ following Rachel Adedeji’s accusations of behind-the-scenes racism and claims that co-star Lysette Anthony is ‘actual trash’ for allegedly deeming co-stars who defended her ‘traitors’.

Bosses reportedly had a ‘string of meetings’ as there is a ‘real divide’ between the cast. 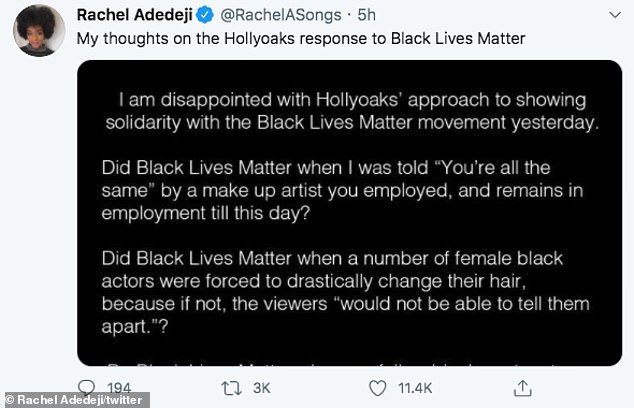