She’s on an Easter break from presenting duties during the coronavirus lockdown.

And Holly Willoughby posted a rare glimpse of her daughter Belle on Saturday, as they began to bake an ice cream cake ahead of her 9th birthday celebrations.

The This Morning presenter, 39, oozed summer chic in a pretty pink dress as she shared a snap in midst of baking preparations, promising to update fans with the finished product. 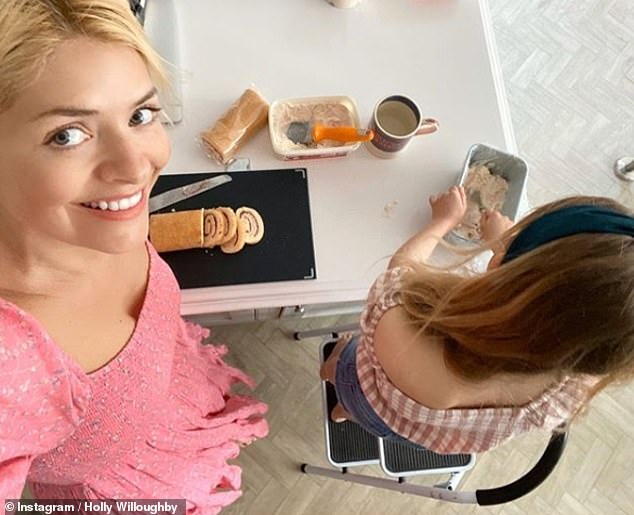 Yummy: Holly Willoughby, 38, posted a rare glimpse of her daughter Belle on Saturday, as they began to bake an ice cream cake ahead of her 9th birthday celebrations on Tuesday

In the snap Holly’s daughter Belle appeared to be in the midst of scooping ice cream out of the tub as they prepared to bake the delicious treat for her birthday.

The mother-of-three was perfectly dressed to enjoy the sunshine in her garden as the nation continues to be in the midst of COVID-19 lockdown.

She penned the caption: ‘Today’s project… making an ice cream cake for Belle’s birthday on Tuesday… Never done it before, will report back once we reveal it!’

We’ll see: The This Morning presenter admitted it was her first attempt at baking an ice cream cake, so she was interested to see how it would pan out

Holly has joined much of the nation in lockdown during the coronavirus pandemic, alongside husband Dan Baldwin, sons Harry, 10, and Chester, five and daughter Belle.

The star recently gave a rare insight into how she’s coping with life in lockdown, as she praised her husband for helping with ‘the little things.’

Speaking during a This Morning phone-in, she said: ‘I also think that doing little nice things gives you a bit of leeway in other areas as well.

‘We’ll be off in different parts of the house and I’ll come back and he’s made a cup of tea or put the washing away and I haven’t asked him and that really makes a difference.

‘Then I turn a blind eye to other things. Little things makes a big difference.’ 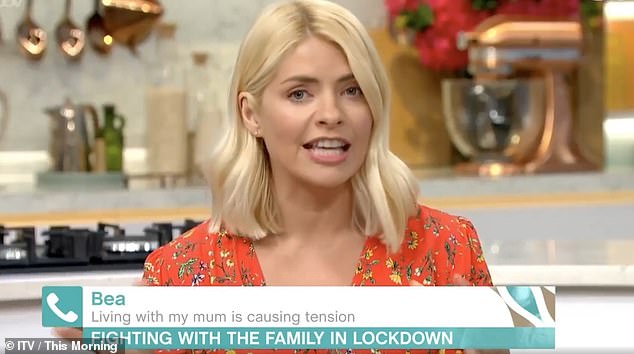 Helpful: Holly recently gave a rare insight into how she’s coping with life in lockdown, as she praised her husband for helping with ‘the little things’

In December 2019, Holly admitted that it wasn’t love at first sight when she met her husband Dan , as she thought he was a ‘di*****d.’

Speaking to Keith Lemon on his Christmas Shopping special, the presenter admitted that due to Dan’s past working for MTV she thought he was ‘too cool for school’ to be her dream man, and it took a while before their romance blossomed.

Offering a rare insight into the early days of their relationship, Holly told Keith that it took a long time for her and Dan to become ‘really good friends,’ and they first met when he joined one of her TV projects as a producer. 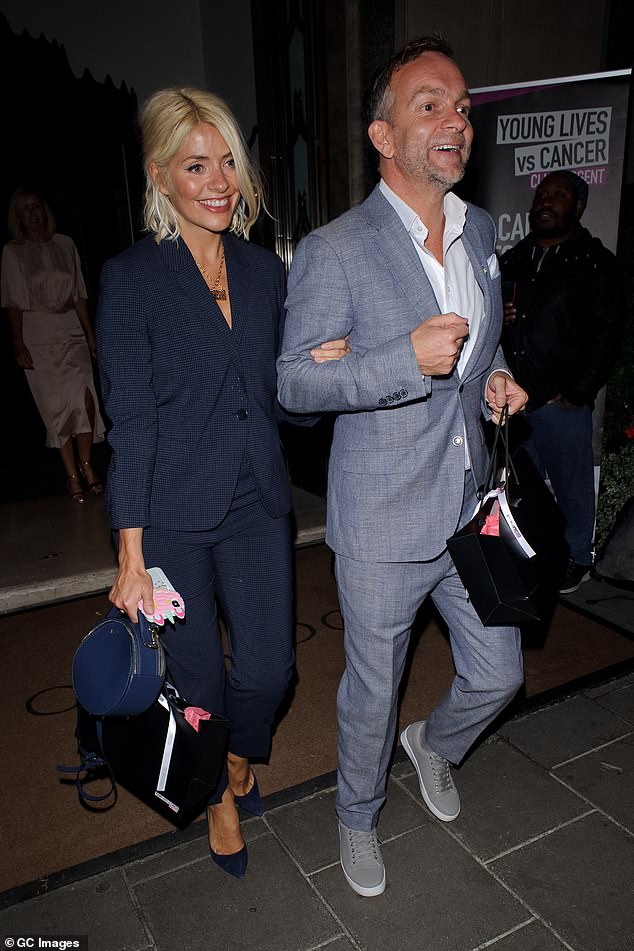 She said: ‘Dan was there as a new producer and I thought, ”oh my God, I’m gonna hate this guy”.’

When asked if she fancied Dan from the start, the star said: ‘No, not at all and he’d come from MTV and he was very cool for school. He looked at me like I was this wally of a person.

‘I thought, ‘Oh my God he hates me, he just thinks he’s really cool.’

As Keith asked: ‘You thought, ”he’s a d**khead?’,’ Holly replied: ‘A little bit,’ before they laughed off the moment.

She added: ‘Then we became really good friends. We were in the bar and we cheers-ed in regards to champagne and I looked at him and it was like, ”Oh my God, I fancy him”.’

‘In that second I just knew, it was like a little sparkle.’ 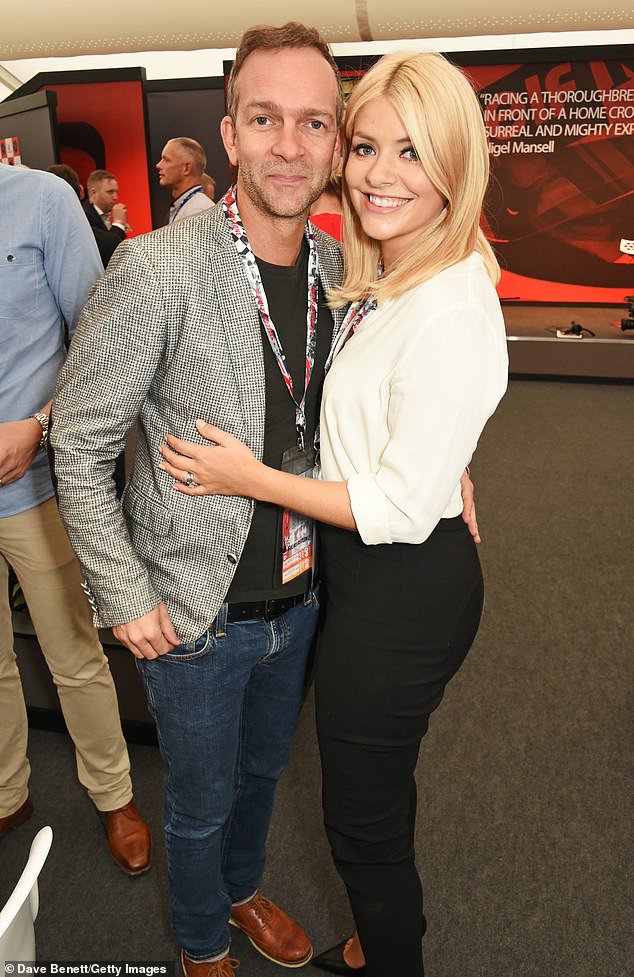 Smitten: Holly and Dan have now been happily married for 12 years, and have sons Harry, ten, and Chester, five, and daughter Belle (pictured 2016)