She recently returned from sun-soaked Portugal.

And Holly Willoughby appeared to be pining for the trip as she showed off her incredible figure in a white swimsuit snap from her recent holiday on Sunday.

The TV presenter, 39, looked radiant in the chic one piece as she soaked up the sun by the pool in the throwback Instagram. 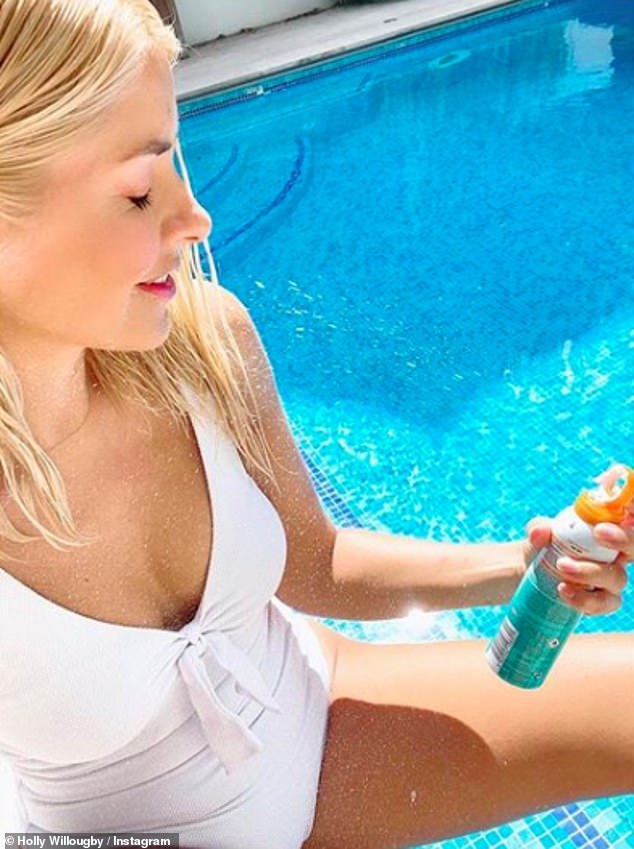 Stunning: Holly Willoughby looked radiant in a chic white swimsuit as she shared a gorgeous throwback snap from her recent holiday to Portugal on Sunday

The blonde beauty showed off her holiday tan in the swimsuit which featured a plunging neckline and bow detailing.

She wore her sleek tresses loose around her shoulders and showed off her natural glow with dewy makeup.

The picture was taken during her recent getaway with husband Dan Baldwin and their three children which was cut short so that Holly could quarantine for two weeks before resuming her presenting role on This Morning next month. 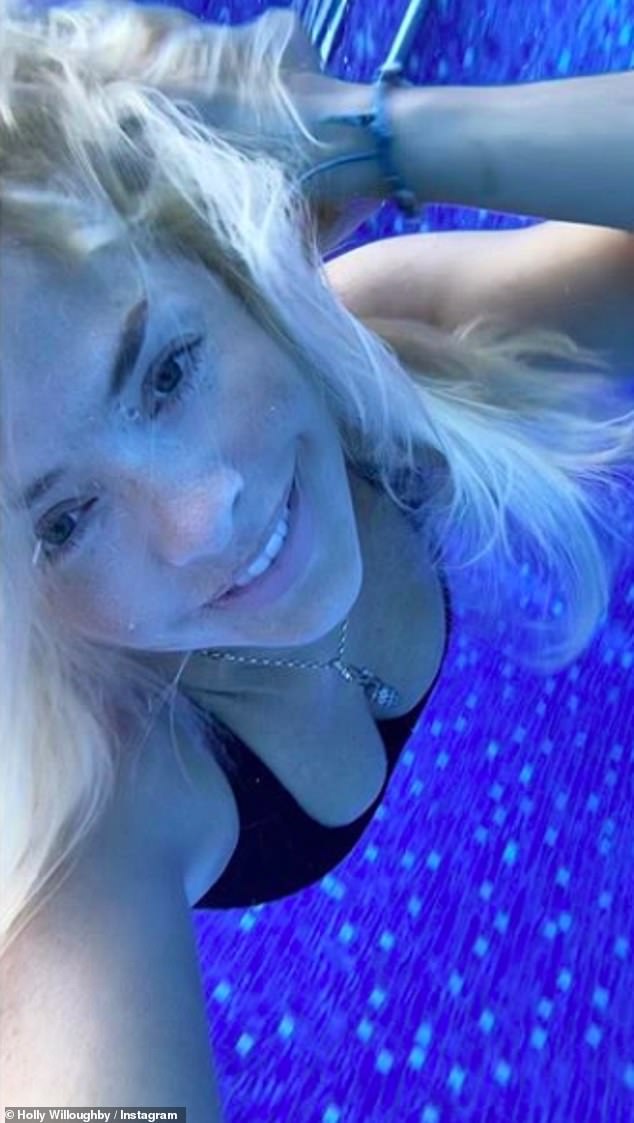 Vacation: Holly’s recent getaway to Portugal was cut short so that Holly could quarantine for two weeks before resuming her presenting role on This Morning next month

The sizzling post comes after Holly countered claims she is considering leaving This Morning after 11 years alongside Phillip Schofield.

It was reported that the popular TV presenter was seeking other opportunities on prime time TV after setting up her own management company, Roxy Management, earlier this year.

However, a source close to the star told the MailOnline that Holly is happier than ever on the flagship mid-morning show and has ‘no plans to leave.’

The insider said: ‘Holly loves This Morning and working with Phil. 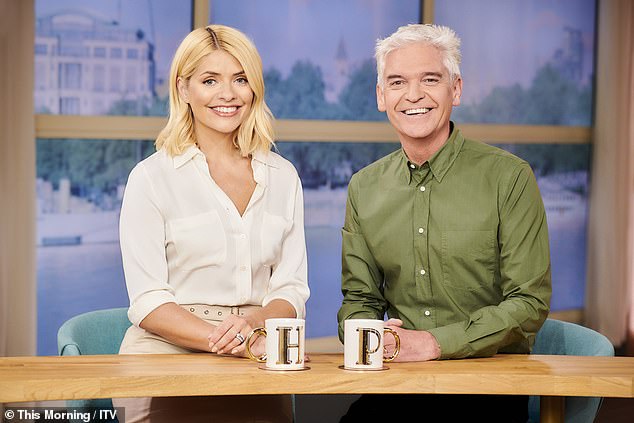 Shock: The sizzling post comes after Holly countered claims she is considering leaving This Morning after 11 years alongside Phillip Schofield

‘She is the happiest that she’s ever been on the show and has no plans to leave.’

The comments come after The Sun claimed on Saturday that the popular television presenter was considering leaving to focus on other primetime opportunities.

They reported that she was planning on focusing more on her career now her children Harry, 11, Belle, nine, and Chester, five, are getting older.

A source speaking to the publication claimed: ‘Holly is unique in that women like her and want to be her friend and men are attracted to her as she’s so beautiful. She has universal appeal.

‘While she loves This Morning, her four-day-a-week live TV stint is a huge drain on her time and requires a lot of energy, plus she’s been doing it for 11 years now.’

It is understood Holly and Phil are currently earning close to £1 million a year for their roles – up about a quarter from their current £750,000 annual salaries.